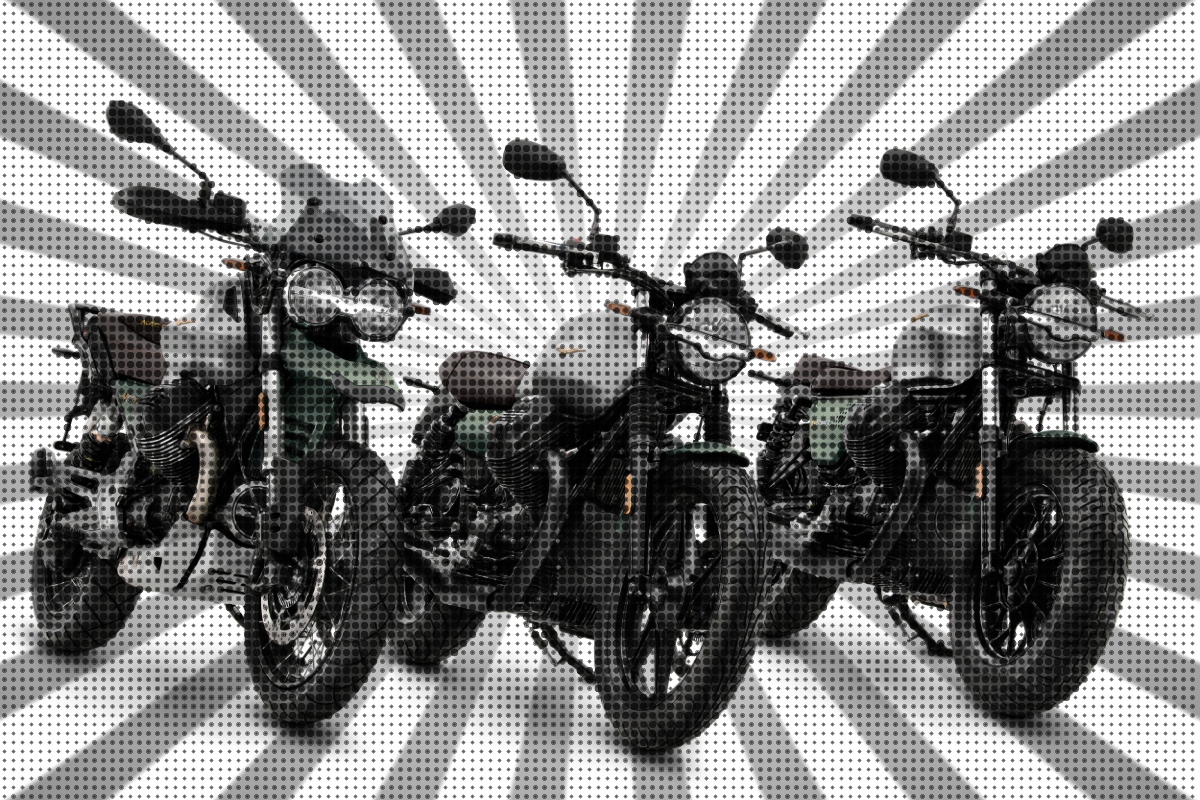 Italian motorcycle maker Moto Guzzi is celebrating 100 years in the business with a trio of special editions.

Moto Guzzi has played a major role in the development of Italy’s motorcycle industry and is the oldest continuous European manufacturer.

Established in 1921 in Mandello del Lario, the company was conceived by two aircraft pilots and their mechanic who served in the Corpo Aeronautico Militare during World War I: Carlo Guzzi, Giovanni Ravelli and Giorgio Parodi.

Moto Guzzi achieved worldwide recognition in through racing as well as producing many engineering innovations, including the first motorcycle centre stand, wind tunnel and eight-cylinder engine.

In the 1950s, Moto Guzzi, along with the Italian factories of Gilera and Mondial, led the world of Grand Prix motorcycle racing.

Realising more power was required in future, designer Giulio Carcano penned the V8 500 cc GP race bike whose engine was one of the most complex engines of its time.

Despite leading  many races and frequently posting the fastest lap time, however, it often failed to finish because of mechanical problems.

Carcano was father of the incredible 285 km/h Otto Cilindri in 1955 and prototypes which, between 1935 and 1957, won no fewer than 15 world speed titles and 11 Tourist Trophies.

It enabled racers to mimic real-life riding conditions and optimise their seating and body position at varying speeds – an unprecedented advantage for racing and production motorcycles.

The wind tunnel can still be seen at the Mandello plant.

It was the work of a close-knit team that included extraordinary engineers the likes of Umberto Todero, Enrico Cantoni and a designer who became a legend: Milan native Giulio Cesare Carcano.

In the 1960s, Moto Guzzi breathed new life into the 700cc 90 degree V-twin with cardan shaft final drive, destined to become a symbol of the Manufacturer from Mandello through legendary models like the V7 Special, V7 Sport, California and Le Mans.

This engine has evolved, supported by the most advanced electronic control features, with modern Moto Guzzis such as the V7 and V9 range in the Roamer and Bobber versions and the V85 TT traveller — the first ever classic enduro in the world.

Since 2004, the brand has been a wholly owned subsidiary, and one of seven brands owned by Piaggio & C. SpA — Europe’s largest motorcycle manufacturer and the fourth largest in the world.

Moto Guzzi plans to produce a limited series of their models in a dedicated Centennial Livery, which will be available with the V7, V9 and V85 TT models throughout 2021.

Scheduled to arrive in May, these exciting, stylish new special editions will be available in limited numbers and are sure to be sought out by enthusiasts.

Pricing will be announced closer to launch.

Livery highlights include an exclusive colour scheme evocative of a unique motorcycle heritage, drawing on legendary bikes such as the 1955 8-cylinder.

It was visionary, extraordinary bike created to compete in the World Championship 500 class — a project so bold that it was 10 years ahead of its time.

The trim combines a satin-finished metal fuel tank with a green fairing and leather seat.

It’s also reminiscent of the 350 Bialbero, one of the most victorious bikes in history, which dominated the 350 class in World Championship GP Motorcycle Racing, with an amazing record of nine consecutive world titles from 1953 to 1957.

Green was also the first colour to adorn a Moto Guzzi with the Normale — and probably the most iconic of the Eagle’s colours.

The Style Centre has reinterpreted the colour with a matt finish and associated metallic colours that express the solidity and authenticity of the brand.

The body colours are matched with a saddle covered with a natural coloured material, like that of leather, to highlight the typically Italian attention to detail.

Other distinguishing details are the eagle in a gold finish and the dedicated logo that graphically celebrates Moto Guzzi’s 100 years.