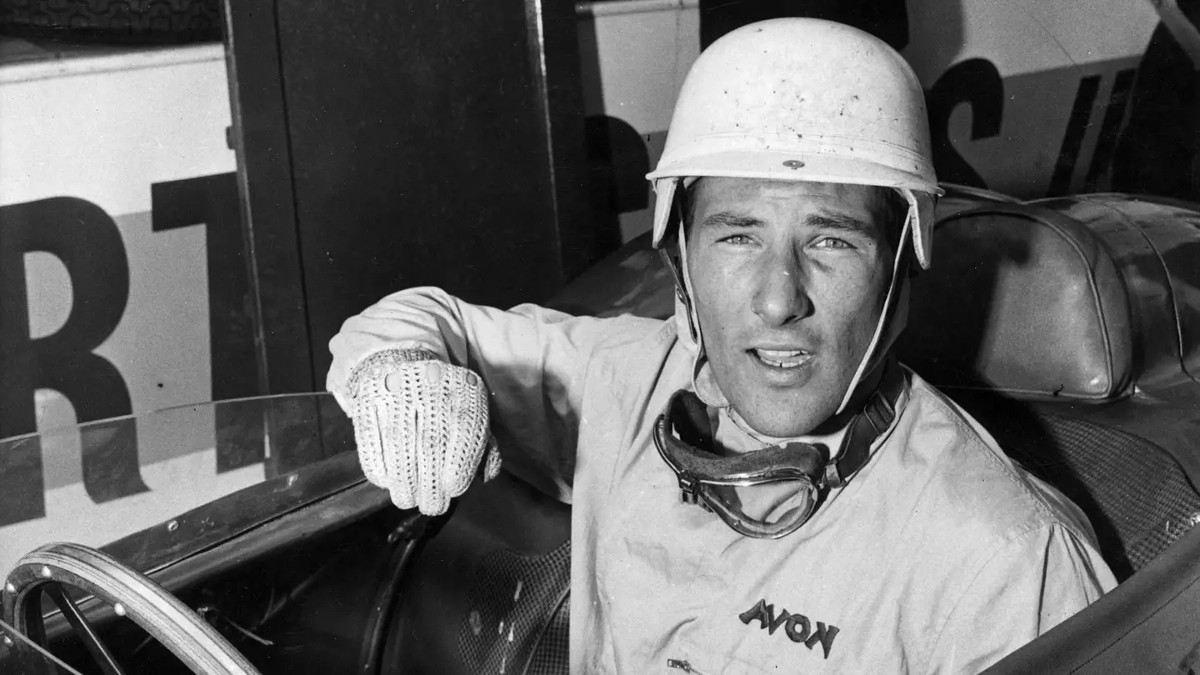 WAS this the most significant car in long and illustrious career of Sir Stirling Moss?

The Formula 1 racing legend, who died last year at the age of 90, has been described as “the greatest driver never to win the World Championship”.

The Fraser-Nash formed part of the parade at this year’s Goodwood Revival in the UK.

He allowed his son to compete in it and it was in this car that he chalked up his very first victories.

His first win was in the 1947 Harrow Car Club Trial, quickly followed by successes at the Cullen Cup and JCC Eastbourne Rally.

It has been in his family’s ownership since 1983.

During this time, it has had a consistently active life, winning four out of eight Pomeroy Trophies it was entered in between 1989 and 2003.

At previous events, the car has claimed podium finishes at the Revival in the hands of Patrick’s father.

But this weekend it was Patrick himself who drove the car in the parade before handing it over to John Ure and Alastair Pugh for the Brooklands Trophy.

“I’ve raced it myself, but it was a while back, at Silverstone and Donington — but not at Goodwood,” he said.

“Last time I competed with it was with Stirling at Prescott, so I was in the passenger seat.

“Stirling drove it quite a lot in his last years and loved it. He learnt to drive in this car.”

Patrick said up to now, it has been used primarily as a road car.

“We drive it in Suffolk around the roads very happily,” he said.

“It’s quite comfortable. It’s a little tight in there to be honest — but it’s pretty comfy.”

The demonstration laps were enough for Patrick to get a feel for the changes.

“I think the car is good for this circuit, it’s got a decent top speed.

“I have never driven it as hard as I did on the parade lap.

“I pulled back a bit to see what it was like, and it’s lovely really.

“It sticks to the road like a go-kart. I’m too chicken to race it at Goodwood.

“I did my MSA licence here and I’d forgotten how tricky this circuit is.

Corolla changes enough to keep it number one?

“My prediction is that we’ll be doing more proper track racing in it, and I’ve just bought a 326 which has got a roof, but looks the same inside –and I’m going to use that for the rallies.”

The 328 compares well against other historic cars Patrick has experienced.

“The Frazer-Nash is much nicer, the steering’s tighter the brakes are better. It’s really ahead of its time.”

BMW had been making successful competition cars prior to WWII, chalking up victories in the Mille Miglia, plus class wins in the Alpine rally, at Le Mans and at the Nürburgring.

After the war, the British Fraser-Nash company struck a deal with BMWs to build cars under licence in right-hand-drive form, which explains the dual branding.

Born in 1929, Moss won 212 of the 529 races he entered across various categories of motorsport.

From 1955 to 1961 in Formula 1, he was championship runner-up four times and finished in third place the other three times.

CHECKOUT: Stirling Moss: 90, not out