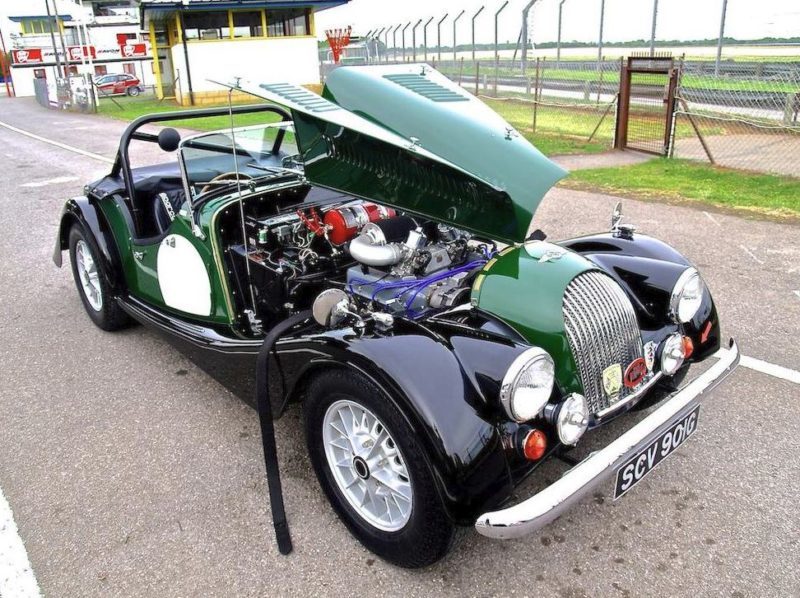 MORGAN, makers of hand-built sports cars since day 1 back in 1909, is about to launch a new model next month to replace the V8 engines it has been using for the past 50 years.

The Malvern (UK) company has always used donor engines for its classic cars, among them Peugeot, Fiat, Standard, Coventry Climax and Triumph, and fitted its +4 with a Rover 3.5-litre V8 in 1968, calling it the +8.

In later years it swapped the Rover for a 4.8-litre BMW V8.

Alongside the V8-powered models it kept producing its other cars, the +4, Roadster and 4/4, the latter the world’s longest running production car.

It was introduced in 1936 and has charmed owners around the globe for more than 80 years.

The tiny company – it has only 177 employees and builds about 1200 cars a year – will keep the last two V8 models in its heritage collection, but has released a short video that pays tribute to the long-serving motor and also provided an idea of what will replace it.

The video features chief test driver of the past 18 years Keith Dalley at the wheel and has a look at some notable Morgan V8s launched through the years, before closing with the sound effects of the engine for 2019.

It has a snap, crackle and pop, rather than the roar of a V8, suggesting it might be a turbocharged V6, maybe a V12, and there are suggestions Morgan could have been the mystery buyer of Aston Martin’s Vanquish data.

“The car is not designed to be a direct replacement for the outgoing +8 and Aero 8, but it will naturally fit into the space in the Morgan product range left by both,” the company said.

“This car will use an all-new bonded aluminium fabricated chassis designed by Morgan which will be twice as stiff as the aluminium chassis used on previous flagship Morgans.

“This chassis, combined with a performance powertrain never before installed in a Morgan, will result in the most dynamically capable production Morgan ever.”

Those in the know reckon that’s another clue that there could be quite a lot of Aston Martin technology in the ‘wide body’ Morgan.

Whatever, it will, like all previous Morgans, be a great car.