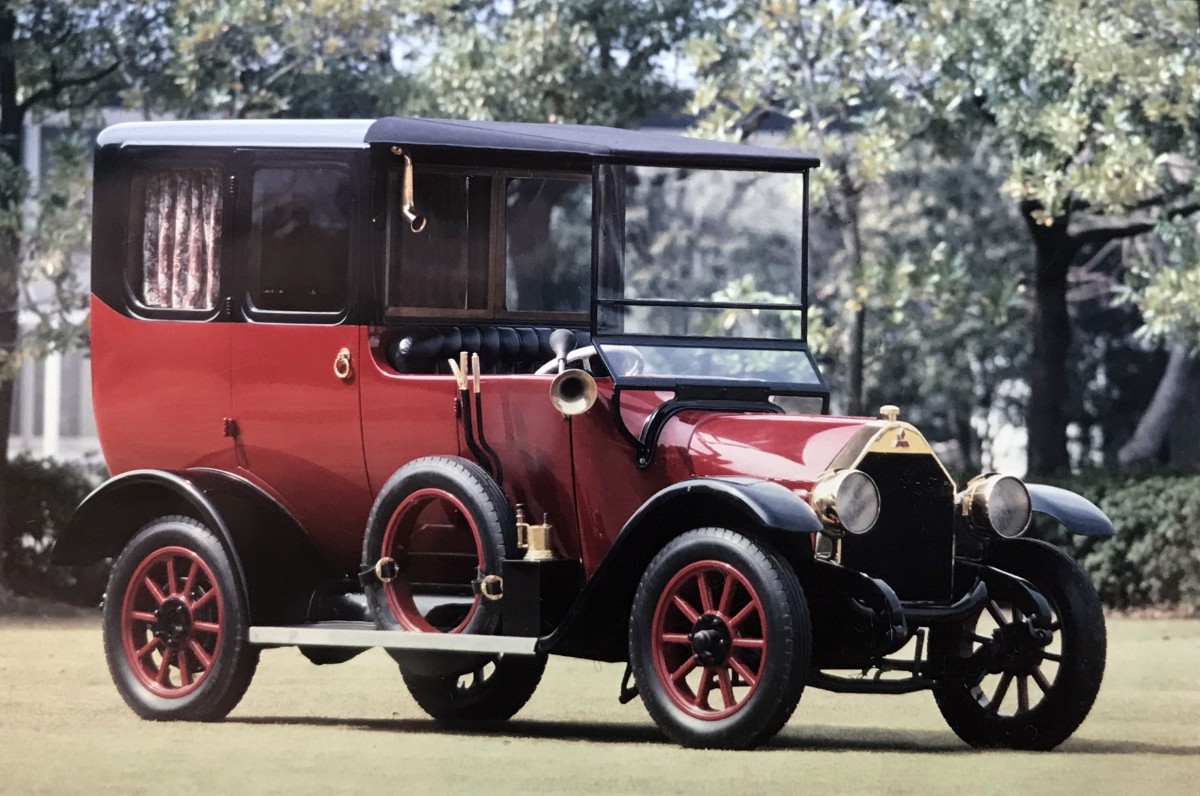 But the Japanese have been building cars just as long as the rest of the world and one of Mitsubishi’s old timers such as the Model A which occupies a place in the hall of fame.

Mitsubishi Model A dates back to 1917 and was the first Japanese series production passenger car, built and sold with a view to mass production.

it was a four-door, seven-seat sedan with a town car body style that was powered by a front-mounted 26kW 2.8-litre four cylinder engine that drove the rear wheels.

The car was capable of speeds up to 100km/h.

The first prototypes, based on the Fiat Tipo 3, were produced in the summer of 1917 and the car was complete and ready to go by November, 1918.

Model A was the work of Koyata Iwasaki, Mitsubishi’s fourth president and nephew of founder Yataro Iwasaki, who predicted the vast potential of motorised vehicles and the role they would play in the economic development of Japan.

It was envisioned as a luxury vehicle for government officials and top executives and as such had to be reliable, comfortable and a showcase of Japanese craftsmanship.

There were few specialised automotive tools or machinery in those days and the first Mitsubishi Model A was built by hand using hammers and chisels.

The wooden body was lacquered, and the interior used luxury British woollen cloth.

Mitsubishi had no design drawings from which to work and little knowledge of gasoline engines, nor car bodies or interiors — nor for that matter any experience in production processes.

Engineers overcame many difficulties, demonstrating that domestic mass production of automobiles was possible — that Japan could do it!

The Model A was designed at the Kobe Shipyard of Mitsubishi Shipbuilding Company, which is known today as Mitsubishi Heavy Industries (MHI).

Because the Model A was expensive to produce, it could not compete with cheaper American and European competition, and Mitsubishi stopped production after four years.

The car was built entirely by hand, with the interior rear compartment furnished with lacquered white cypress.

The car was selected by the Japan Automotive Hall of Fame (JAHFA) a couple of years ago as an Historic Car and one that has stamped a mark of excellence in Japanese automobile history.

JAHFA is a non-profit organisation, whose mission is to praise the achievements of people who contributed to building and development of today’s Japanese automotive industry as well as those who promoted the industry’s science and culture.

A replica of the Mitsubishi Model A, recreated using documents from the time, is exhibited at the Mitsubishi Auto Gallery in Okazaki City, Aichi Prefecture.

CHECKOUT: When Japan made European cars