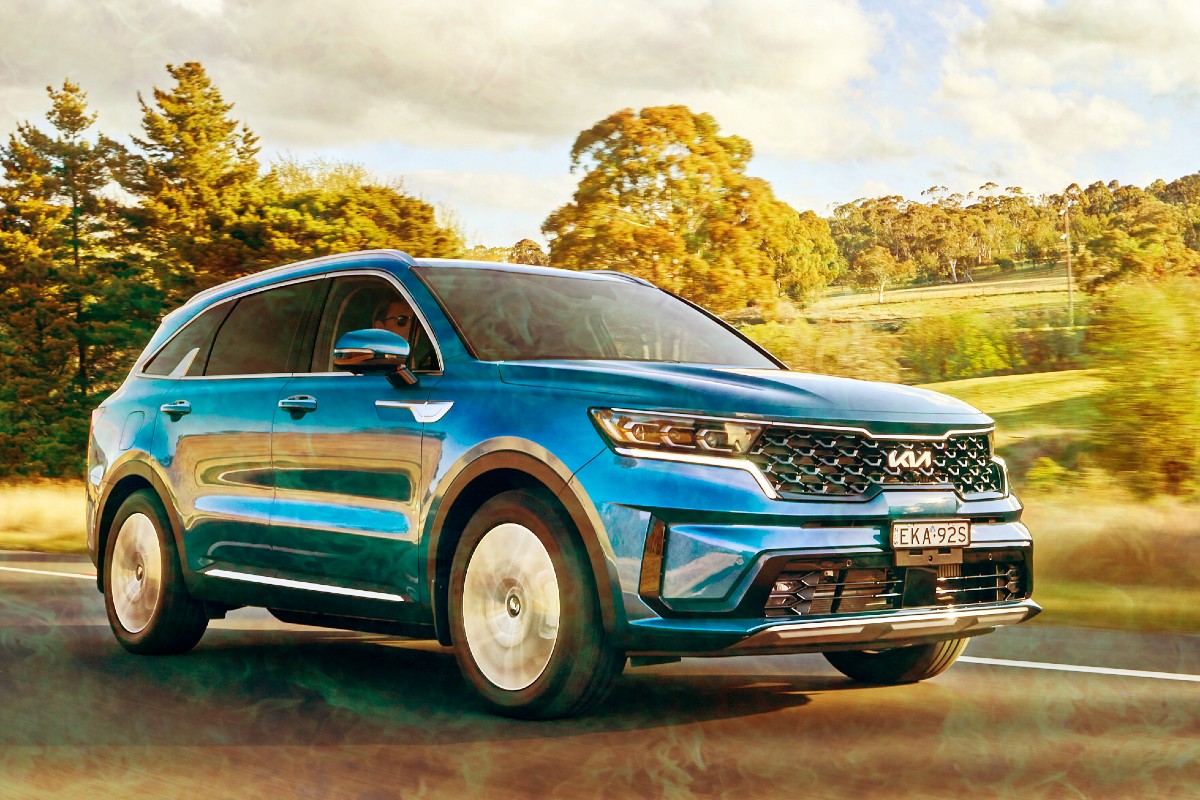 First the good news. Kia has added a plug-in hybrid version to its Sorento lineup.

That’s still $4000 more than Toyota’s top of the line Kluger Grande hybrid which in this case is just $2623 more than the 3.5-litre petrol equivalent.

Be that as it may, the Sorento PHEV becomes the only vehicle in the mainstream large SUV segment to offer petrol, diesel and plug-in hybrid drivetrains — all at the same time.

It’s also the first electrified model in the line-up to combine a turbocharged engine with an electric motor.

Like Mitsubishi’s smaller Outlander PHEV, it can travel for short distances on electric power only — 68km to be exact, we’re told.

“The Sorento PHEV promises to push boundaries as one of the most versatile, practical and spacious plug-in hybrid SUVs on the market,” Kia boss Damien Meredith said.

“And with the Sorento being an award-winning package, I couldn’t think of a better time to introduce the PHEV into the line-up.”

The PHEV’s ‘Smartstream’ 1.6-litre turbocharged engine and electric motor offer a combined 195kW of power and 350Nm of torque.

The electric motor alone produces 304Nm of torque, but you never get the full output of both motors in a hybrid setup.

In EV mode, which is ideal for urban environments – it uses only electric energy for zero-fuel, emissions-free driving.

In HEV mode, however, it uses both energy sources, the engine and the electric motor simultaneously.

With an integrated Type 2 charging socket, you can use a standard 3-pin cable supplied, Type 2 to Type 2 cable, or the charging point’s own cable to recharge the car.

Electric Mustang has get up and whoa!

Whichever you choose, simply plug-in and the LED light located near the charging point will show the charging status and current battery level.

A custom charging cable for charging from a normal household socket will be provided as well as an in-cable control box to help moderate the amperage to ensure complete safety.

Power is stored in a 14kWh Lithium-ion polymer battery pack that is located under the vehicle floor.