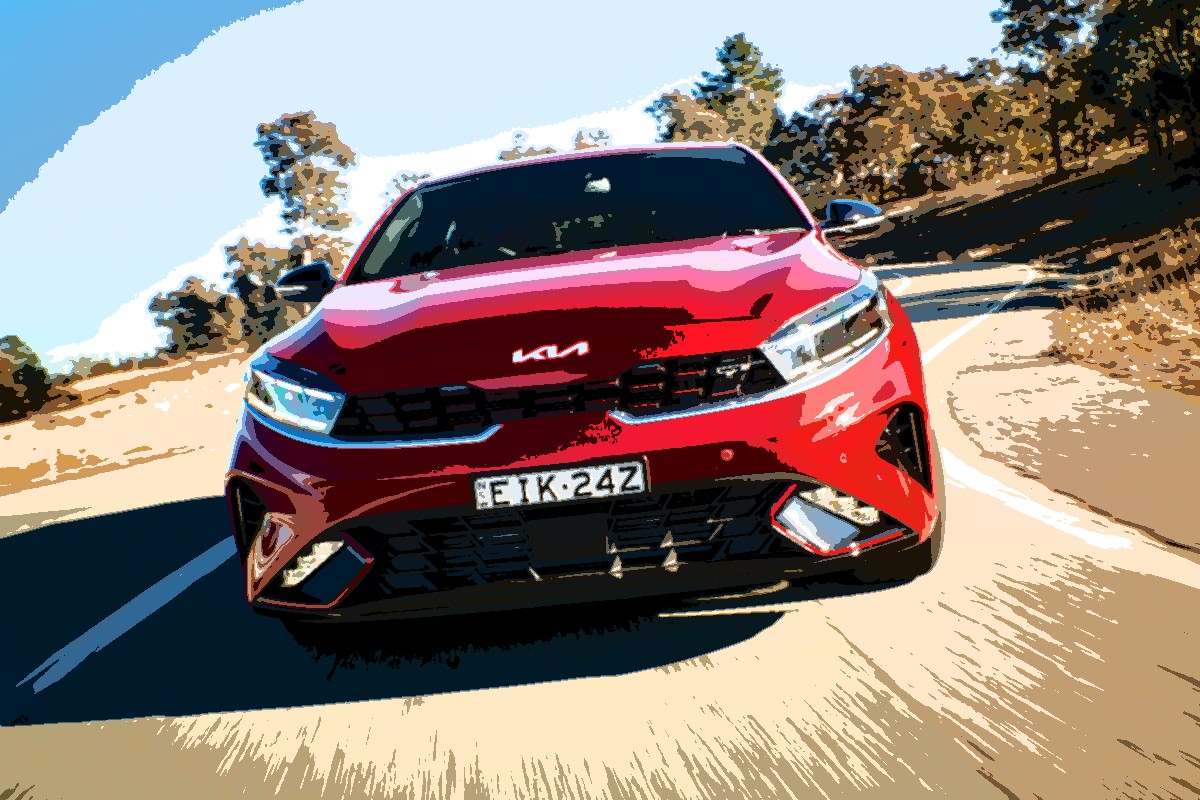 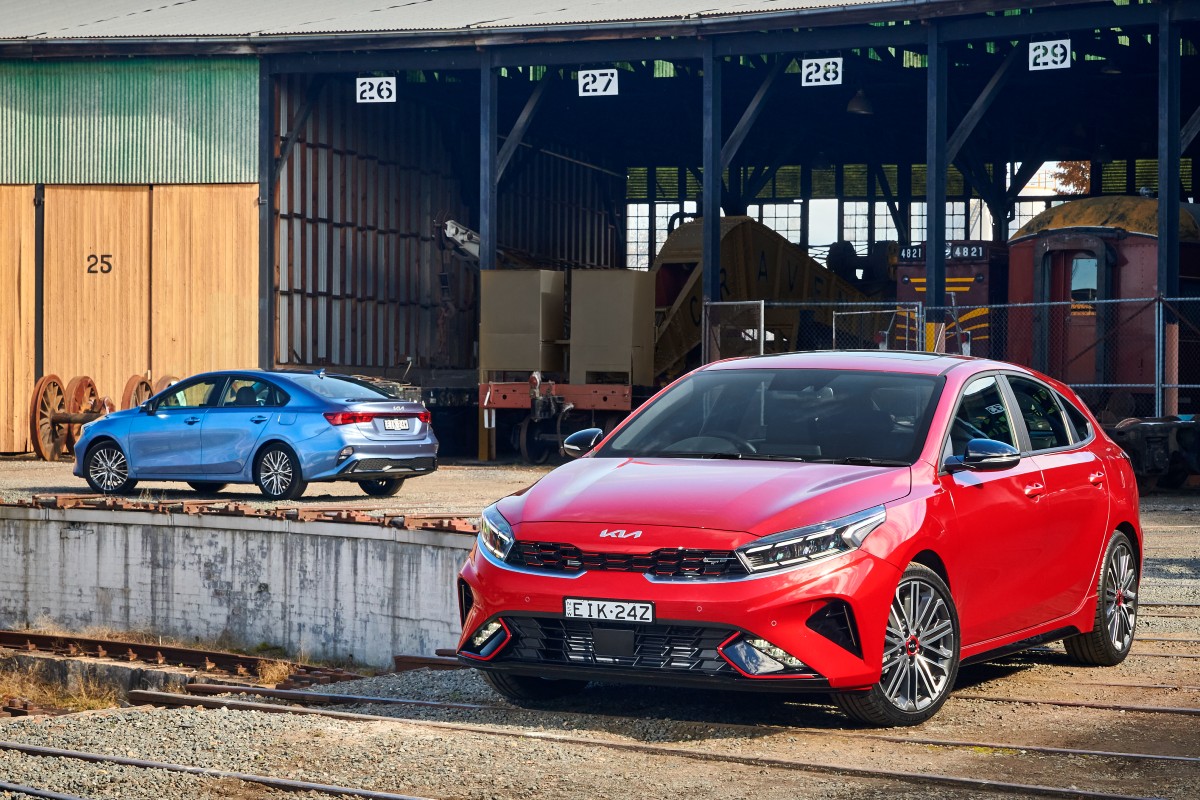 THERE aren’t that many new cars you can buy for less than $40,000 that you’d be equally happy driving to town, the supermarket — or even the Tour category of something much more demanding, such as Targa Tasmania.

One such a machine is Kia’s Cerato GT.

The small car from the Korean manufacturer first arrived in Australia in 2004 and  steadily built a reputation for value, with each successive generation stepping up the ante.

The latest one has climbed to third overall in the busy small car class, just behind its Hyundai i30 roommate and the Corolla.

Nearly 1600 Ceratos were sold in Australia in July compared to some 300 cars in the entire large car class — how times have changed.

Once upon a time, as good stories start, it was all about Falcons and Commodores, Magnas, Avalons and other big heaps, now viewed as dinosaurs.

Utes now dominate the sales charts and cars are headed by the small and light categories. 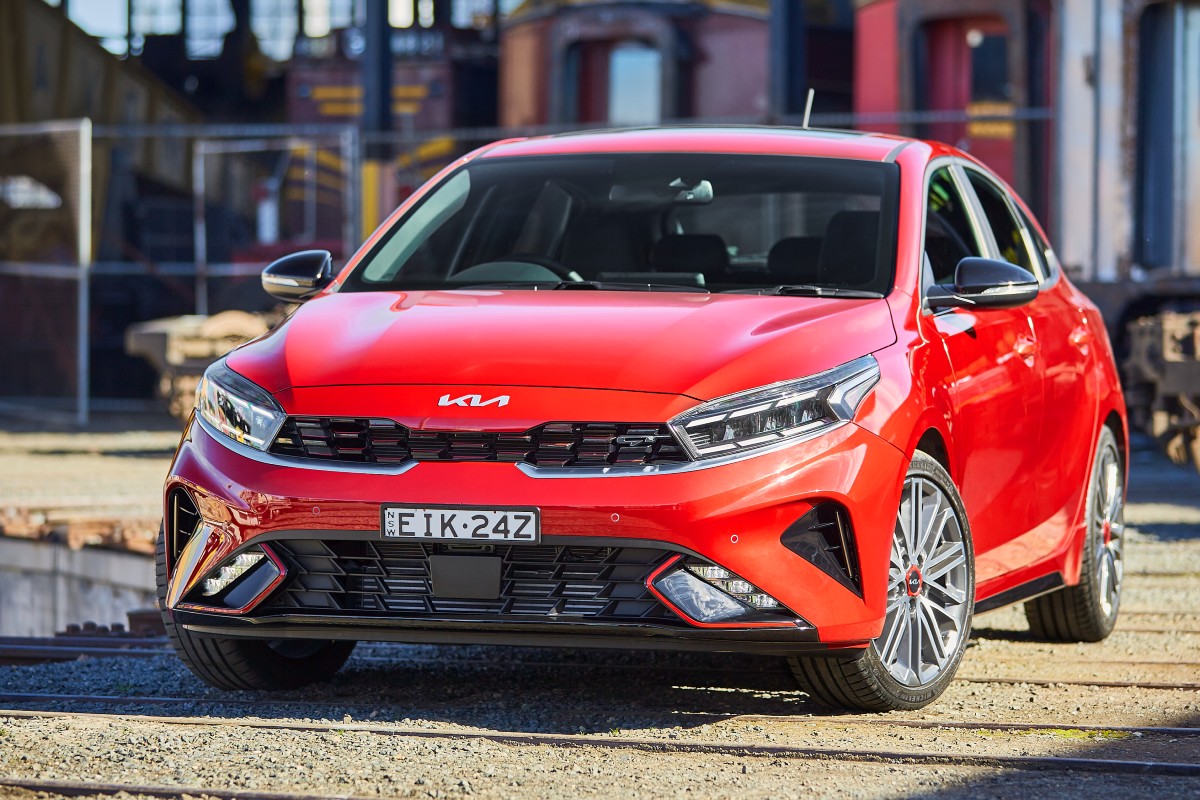 It’s a darn good-looking car with a swoop design, beaut 18-inch Michelin-shod alloy wheels, a new corporate logo, and it’s big and comfy enough for most families and with space in the boot for all their bits and pieces.

It’s been restyled inside too, and now has a fine 10.25-inch touchscreen that’s easy to read and use.

Drivers will like the leather-bound and contra-stitched flat-bottom steering wheel, alloy pedals and floor mats with red ‘GT’ inlays to remind you that it’s different from other Ceratos.

The car comes with all the sockets, ports and electronic whatnots of the times, but what mattered to me most was the good satnav system, visibility and reversing camera.

And, of course, the performance. 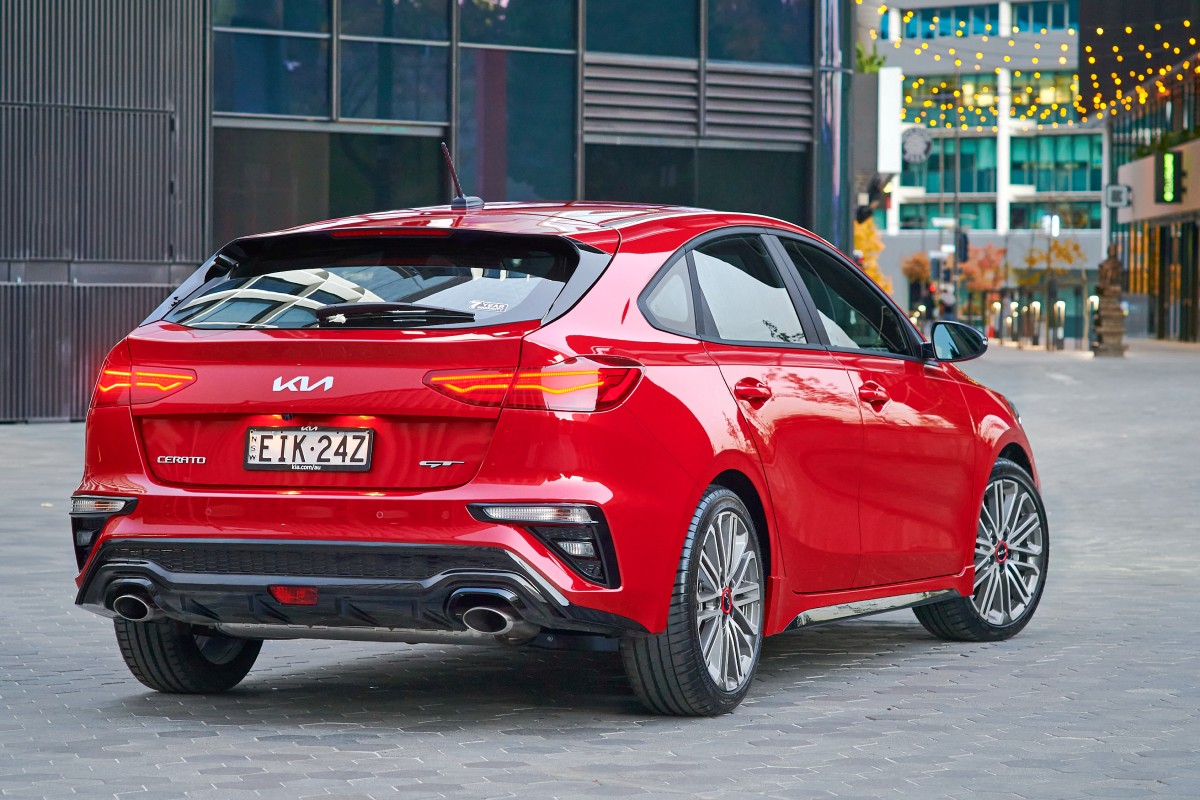 Non-GT Ceratos come with a 112kW/192Nm 2.0-litre four-cylinder motor and six-speed automatic transmission, whereas the GT has a warm-bordering-on-hot 1.6-litre turbo that belts out 150kW and 265Nm, and drives through a seven-speed dual-clutch auto.

Alas, the days of the manual gearbox are gone, but the GT has an impressively quick-acting paddle shift that’s almost as good.

A bonus is the fuel economy of the 150kW power plant, which uses less fuel than 112kW Ceratos.

All Ceratos can run on 91 regular fuel, but I’m of the opinion that such basic fodder is an insult to the GT’s engine, which would surely benefit from the superior combustion afforded by only slightly pricier 95 or 98 octane.

Anyone who enjoys sportier handling and performance will enjoy the GT.

It has a terrific steering, a suspension system that keeps it on a near-even keel through the tightest and fastest corners and a set of big (305mm front, 284mm rear) brakes to match.

The downside is the big alloys and firm suspension can be a bit jarring on some of the speed-deterring humps in shopping centre car parks. You soon learn to let the car crawl slowly over them.

There are also four drive modes to choose from: Comfort, Eco, Smart and Sport, the latter not only firming things up, but adding some sound effects too, so that the seven-speed dual-clutch auto sounds like a manual that’s been double de-clutched.

Acceleration is sharp, the 100km/h mark coming up in 6.8 seconds on our stopwatch. 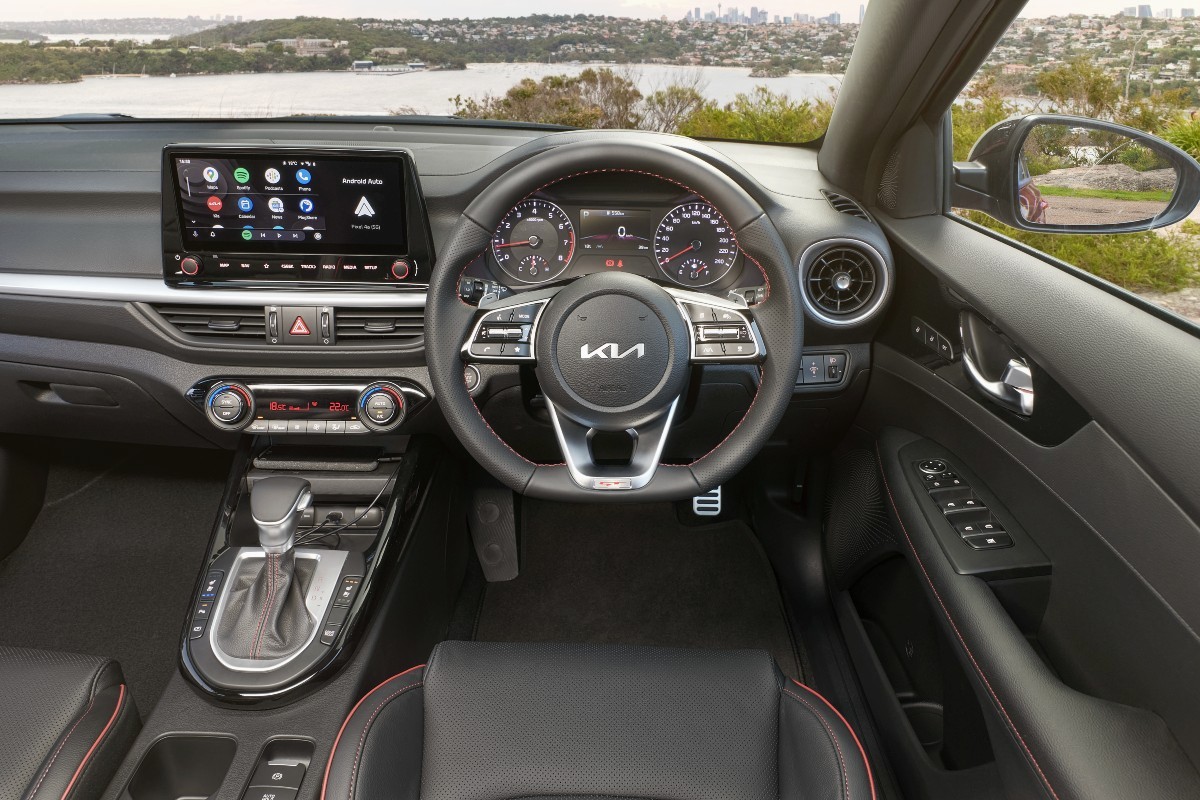 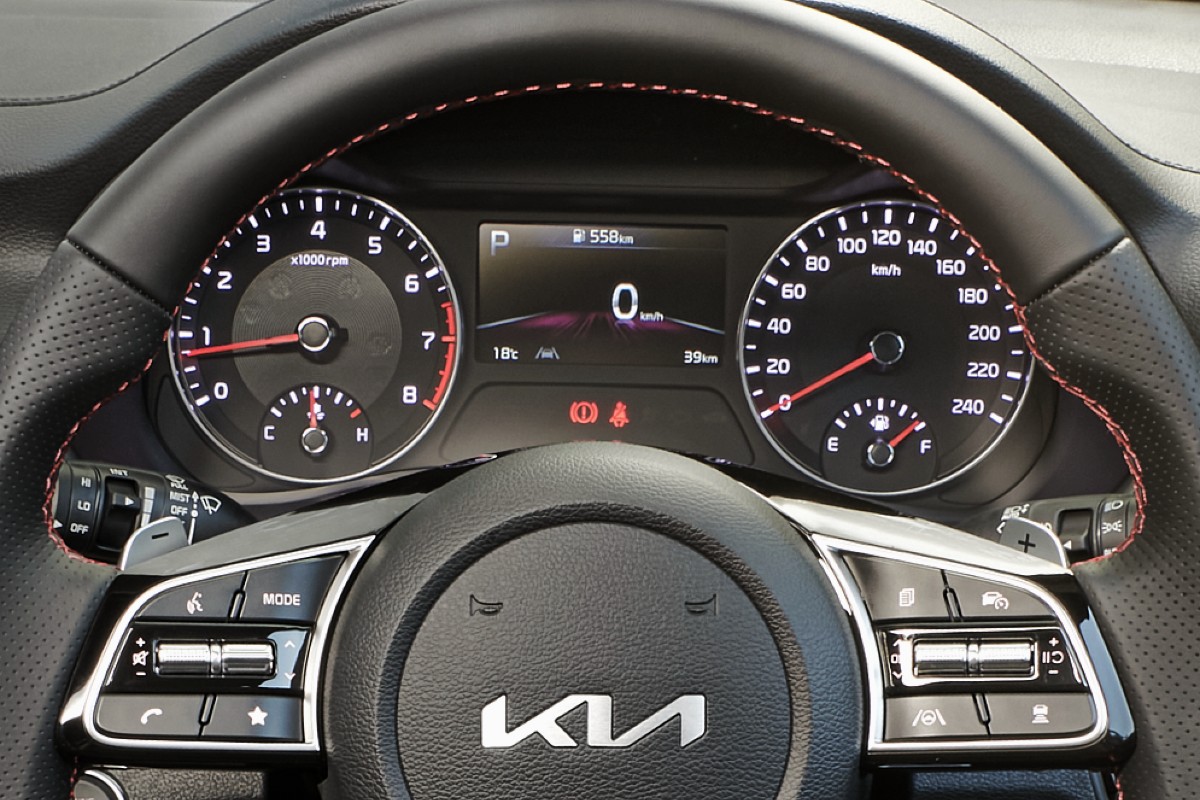 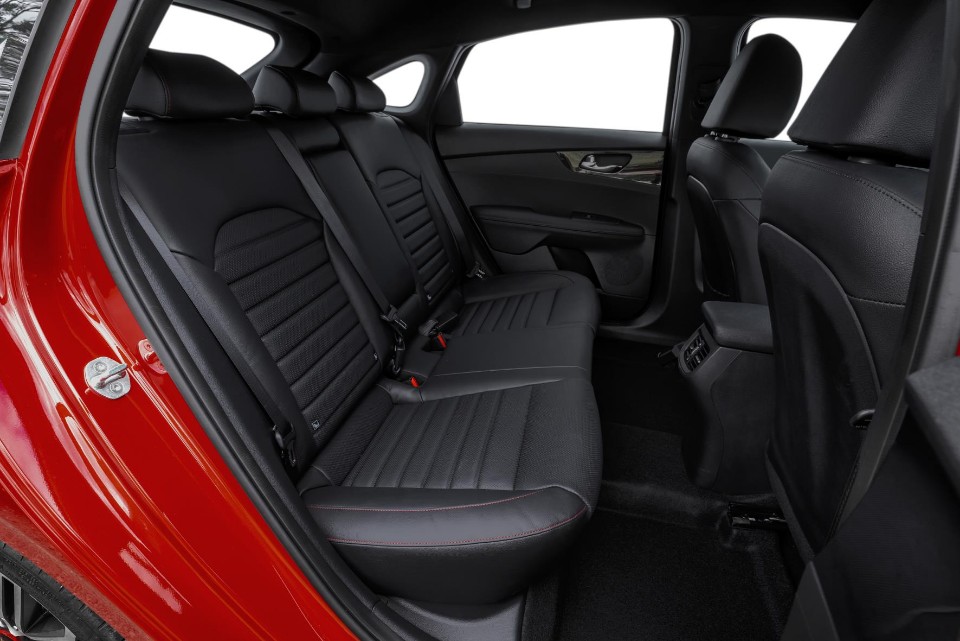 So there y’go. The Kia Cerato GT is a very attractive, well-sorted car, capable of sparkling performance and economy (your choice) and guaranteed for seven years. 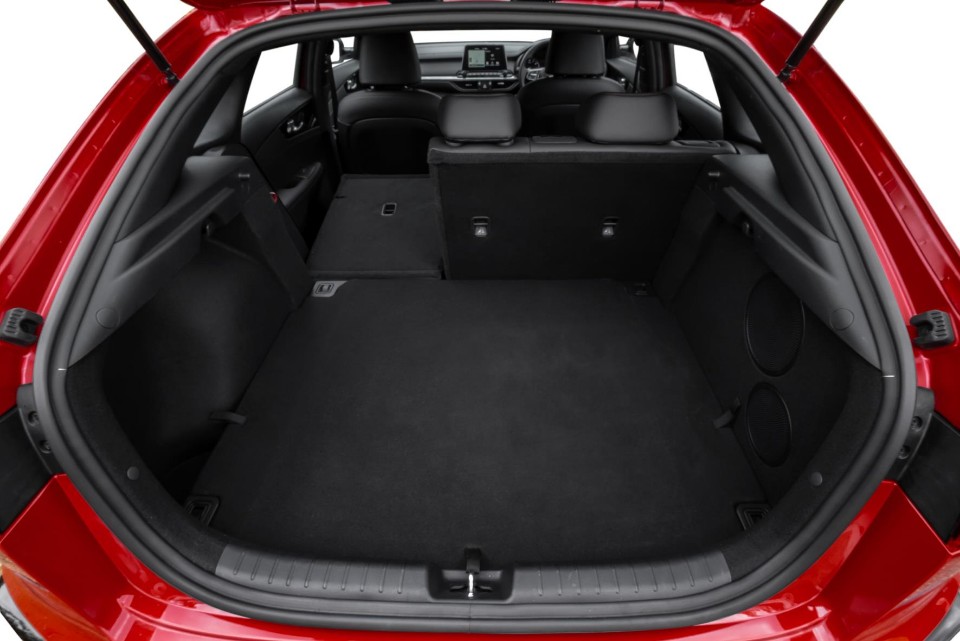 Check out deals on the Kia Cerato GT