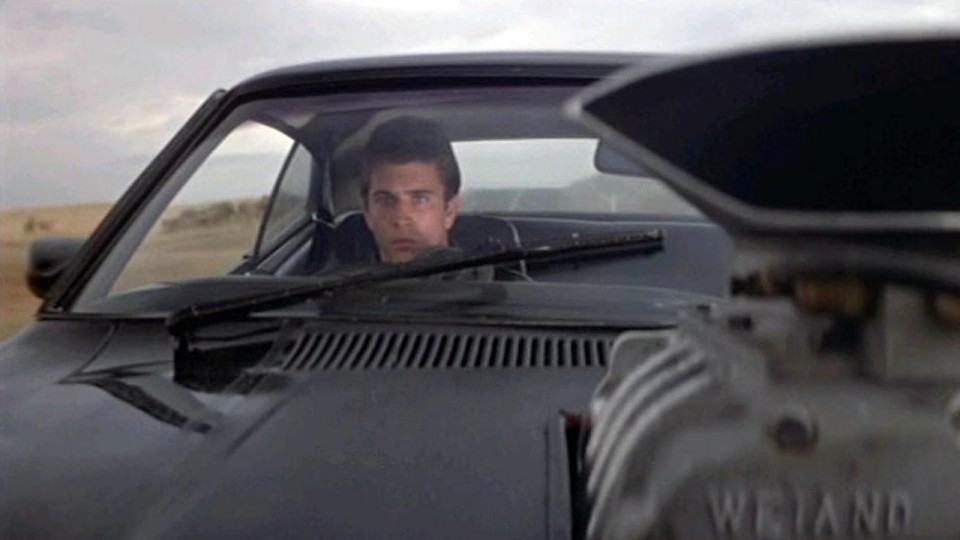 THE Mad Max movies remain the most successful movie franchise to come out of Australia and catapulted Mel Gibson to international stardom.

That makes Max’s black and battered Ford Falcon V8 Interceptor arguably the most famous Aussie car of all time.

Although the car was destroyed in a ball of flame in the second movie, Mad Max 2, that was in fact a duplicate.

The original survives in a museum in the United States, along with many other movie cars. 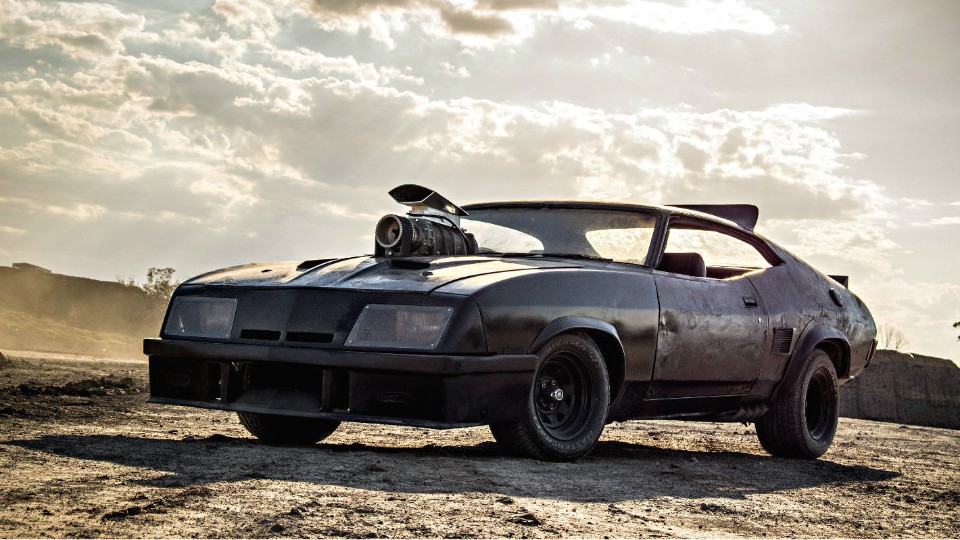 The GT was powered by a 300bhp 351cubic inch V8, with 4V heads, top-loader transmission and 9-inch diff.

It was modified for its movie role with the addition of a Concorde front, supercharger that protruded from the bonnet and side-mounted exhaust pipes.

The Concorde grille was designed by Ford’s Peter Arcadipane and later became a popular accessory priced at $212.75.

The supercharger, incidentally, was for show only and did not work.

After the first movie, the car was stripped of its blower and side pipes and spent some time on the shopping centre circuit before it was put up for sale.

Surprisingly, it did not attract a buyer which was a good thing for producers Kennedy-Miller who quickly reacquired it when it was decided to make a sequel.

The blower and pipes were replaced, although different to the originals, along with a change of rear wheels.

The car was further modified to fit the setting of the new film, with large gas tanks fitted in the back, and its general appearance given a more stressed, been around the block look.

The front end was also modified by removing the bottom section, probably to give more clearance for the outback locations in which it was required to be driven.

In addition to modifying the original car, a duplicate car was also put together for Mad Max 2.

After shooting had finished, the Interceptor was destined for the scrap heap along with other vehicles leftover from the second movie.

It had sustained some damage to the front but the scrap dealer was reluctant to junk the car which later passed to another spare parts dealer, Ray Evans.

It sat outside Evans’ yard in Adelaide for three years before it was spotted by movie fan Bob Forsenko.

Forsenko spent $25,000 restoring the car to its former glory, which was original apart from the rear gas tanks fitted for the second movie which were retained.

The car returned to the exhibition circuit before it was loaned to the National Motoring Museum in Birdwood, South Australia, where it became the star attraction.

It was later acquired by the Cars of the Stars Motor Museum located in Keswick in northern England.

The museum was also home to many other famous cars, like The Batmobile, Chitty Chitty Bang Bang, The Munster’s Koach, Mr Bean’s Mini, FAB 1 and KITT.

We say was because it closed in 2011 and the entire inventory was purchased by the Dezer Collection in Miami, Florida.

The collection consists of more 1200 vehicles including the largest number of Bond cars anywhere in the world.