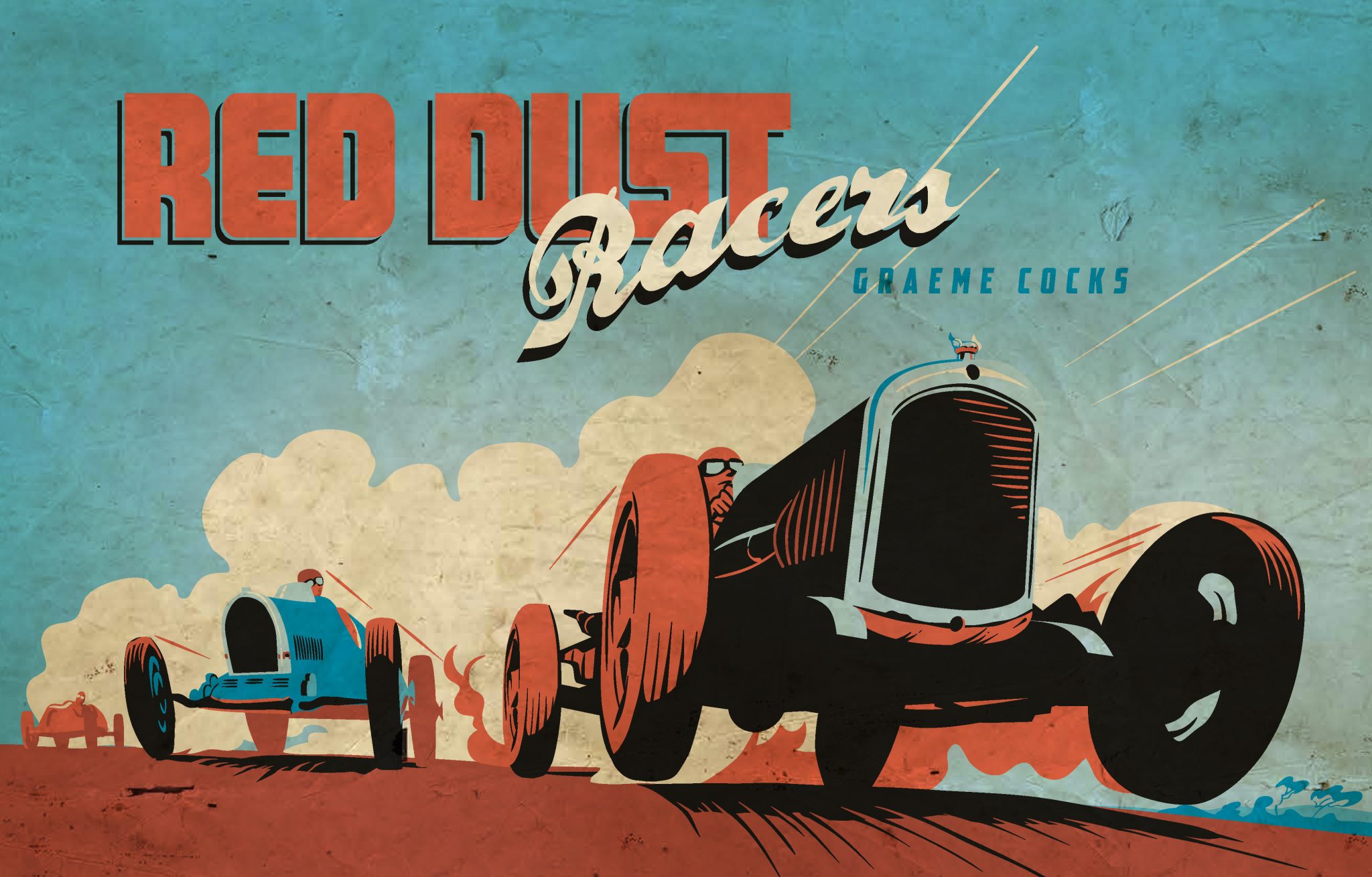 PERTH author, motor historian and vintage car racer Graeme Cocks is heading for yet another podium with one of his books – this one on the Lake Perkolilli race circuit.

His Red Dust Racers has just been shortlisted for the Royal Automobile Club of the UK’s Motoring Book of the Year Awards of 2017.

It follows the shortlisting of the same book by the International Historic Motoring Awards in 2015, and a previous book, The Mighty MG Magnettes, was shortlisted for the 2013 Publication of the Year.

Red Dust Racers was previously awarded the gold medal in the Transportation category of the Independent Publishers Book Awards in New York in May, 2017 and was shortlisted for Book of the Year at the International Historic Motoring Awards in London.

The book, a mammoth work by Cocks, who spent 20 years collecting all the data and hundreds of pictures, tells the largely unknown story of the Lake Perkolilli circuit, 23km northeast of Kalgoorlie, and documents the emergence of motor sport in Western Australia.

Limited to 1000 numbered copies, the big book runs to 488 pages and weighs 3.6kg, so a sturdy coffee table is called for.

“The RAC of UK, founded in 1897, is one of the most prestigious motoring organisations in the world and it’s very exciting that the book has been acclaimed in its top six of 2017,” the 57-year-old Inglewood resident said.

“I’m now keeping my fingers crossed for the final announcement on November 1 at the RAC’s Pall Mall clubhouse.

“The book is putting a forgotten aspect of WA history on the map.

“It is tremendously exciting to see such high praise for it.

“We have a treasure in Lake Perkolilli, which is one of the few original racing tracks left in the world in its original state. It’s a freak of nature and I hope my book has done justice to it.”

His Red Dust Racers is up against five other books nominated by a team of judges independent of the RAC UK and representing the UK’s most informed motoring literary critics.

“We never fail to be amazed at the quality and variety of titles our experienced judges propose for the award,” club motoring committee chairman Peter Read said.

“This year the stand-out books were clear from the start but the debate to choose a winner has been arduous.

“We have one of the world’s finest motoring libraries and we believe fervently in the written and printed word.

“We want our award to be an incentive for authors to keep striving for excellence and originality.”

The other five books are Jaguar C-type, by Chas Parker and Philip Porter, Watching The Wheels, by Damon Hill, Stephen South: The Way It Was by Darren Banks, Delage – Champion Du Monde by Daniel Cabart and Christophe Pund and

Continental Journeys: The Definitive History of the Bentley R-type and S-type by David Bassoli.

One will receive the coveted Royal Automobile Club 2017 Motoring Book of the Year Award, and one other will receive the judges’ accolade of ‘Specialist Book of The Year’ for an impressive feat of research and endeavour.

“We feel 2017 will be a vintage year for the event, and again prove that the best books will ensure this area of publishing remains vibrant and relevant, ” Peter Read said.

Copies of Red Dust Racers are available from www.motoringpast.com.au