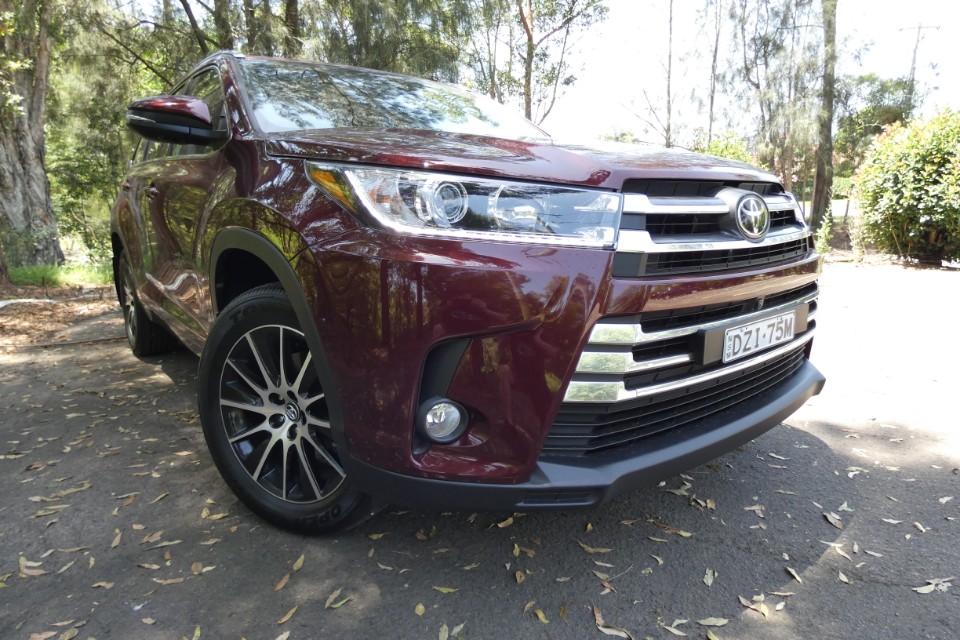 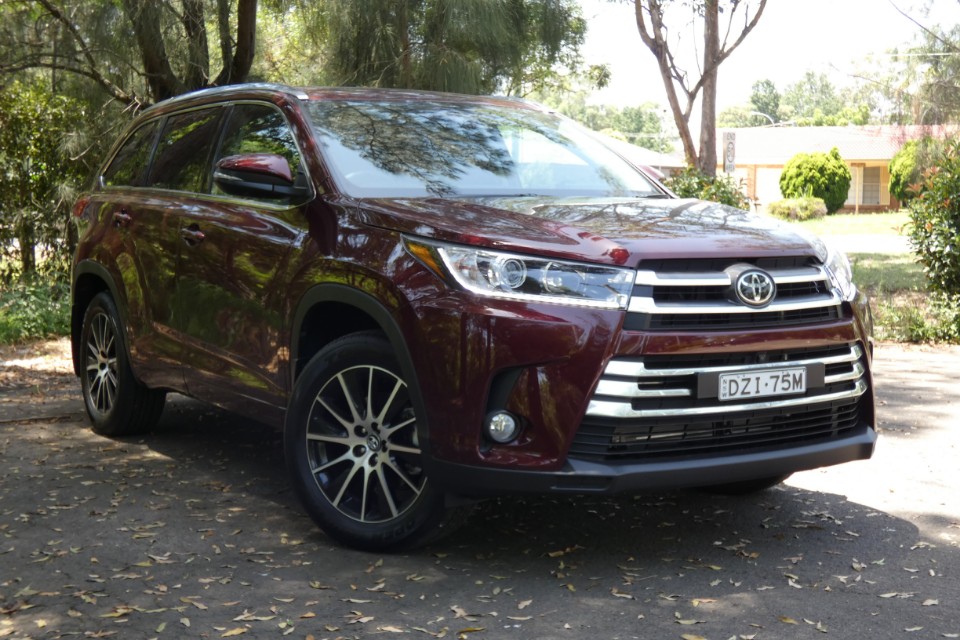 The brother-in-law has a Kluger.

I asked him after he made the switch to the Prado (I talked him into a diesel by the way) whether there was anything he missed about the Land Rover?

No. Just the fact he didn’t get the red carpet treatment when he brought the car in for a service anymore.

Like so many other Australians, he had become just one of the mob.

With four children his purchase history until now has been dictated by his need a six or more seats.

But now that he lives in the city, the Kluger is a better fit and although he is probably not aware of it, he was probably drawn to the car by its refinement.

Smoother and more car-like than a proper off roader, fit and finish in his top of the range Grande is nigh on perfect. 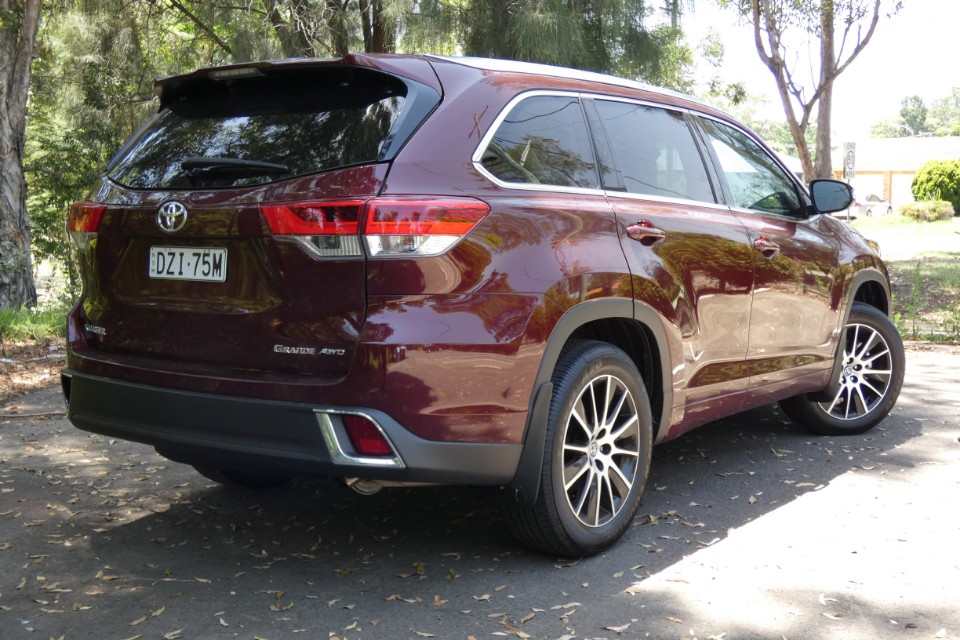 There’s three models — GX, GXL and Grande — and they’re all available with either two or all-wheel drive, the latter at a $4000 premium.

Our top of the line all-wheel drive Grande tops out at $67,990 driveaway.

It’s by no means a cheap family bus, but it’s a bit of a no brainer for someone who can afford a Benz or a Beemer — but is more interested in what his money gets him than the badge on the back.

Grande comes with leather, three-zone air, plus power adjust front seats that are both heated and cooled.

What it doesn’t get is Apple CarPlay or Android Auto, nor for that matter do any of Toyota’s vehicles — they have remained firm on this point. 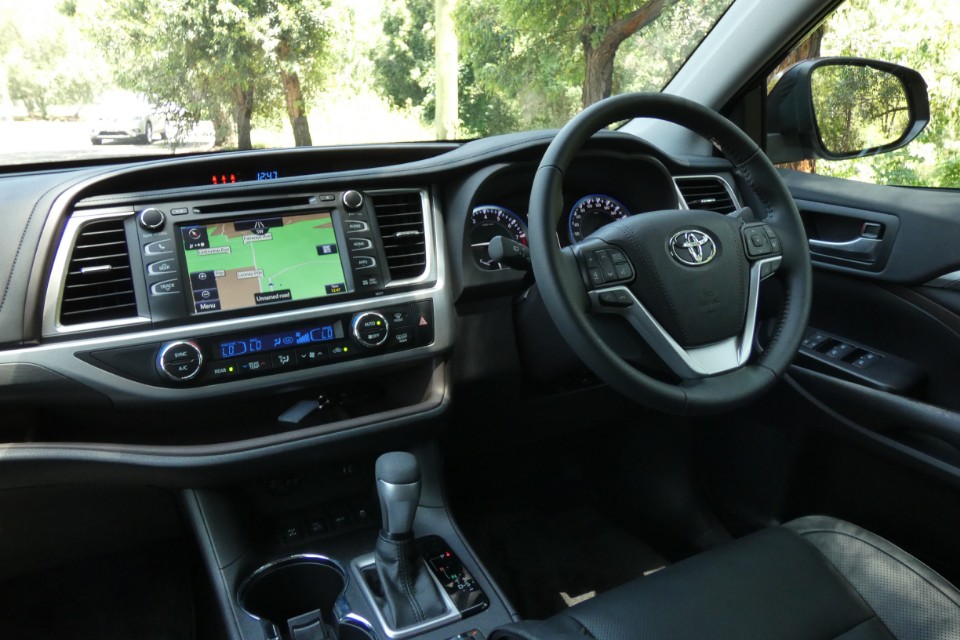 The only problem with the Kluger is that it is available only with a petrol engine and it likes — and has always liked — a drink.

That’s a legacy of having been designed and built in the United States which is a petrol-centric market.

The move from a 6 to an 8-speed transmission along with higher compression and other tweaks has reduced fuel consumption by 10 per cent over the previous model — in the case of our Grande from 10.6 to 9.5L/100km.

If you can live with that figure and the sales figures suggest plenty can, then it’s all good.

Kluger is large and spacious with oodles of legroom and a full size spare hidden underneath the rear of the wagon.

The third row accommodates larger sized children and rear seat passengers even get their own temperature controls, operated from the second row.

we like what they have done with the exterior styling.

The cabin, although it is starting to look a little dated, is trimmed to Toyota’s usual high standard, in a tasteful combination of colours and textures, with an interesting free-form shelf for knickknacks that runs across the bottom of the dash.

Performance from the V6 is strong and gear changes are smooth, but it takes a hit off the line due to a hefty kerb weight of 2100kg.

Some paddle gear shifts would deliver finer driver control, but alas they are absent.

To put this in perspective, big V6s are becoming something of a rarity these days, as manufactures look to smaller engines with forced induction to deliver the same kind of power but better fuel economy.

Although its large, Kluger is an easy car to drive, with light steering and a swag of driver support systems to keep it on the road.

Unfortunately, our time with the car was cut short when we had a flat tyre on the motorway in the middle of a stinking hot afternoon.

The motorway is not a pleasant place to change a tyre, especially with the temperature topping 40 degrees, the bitumen too hot to kneel on and metal fittings that burn your hands.

To make matters worse the manual wasn’t much help, directing me to page 427 for instruction on how to change the tyre, but page 427 referred me to 359 — neither page contained any relevant information.

The trick we discovered was to ignore the instructions and turn to 428. 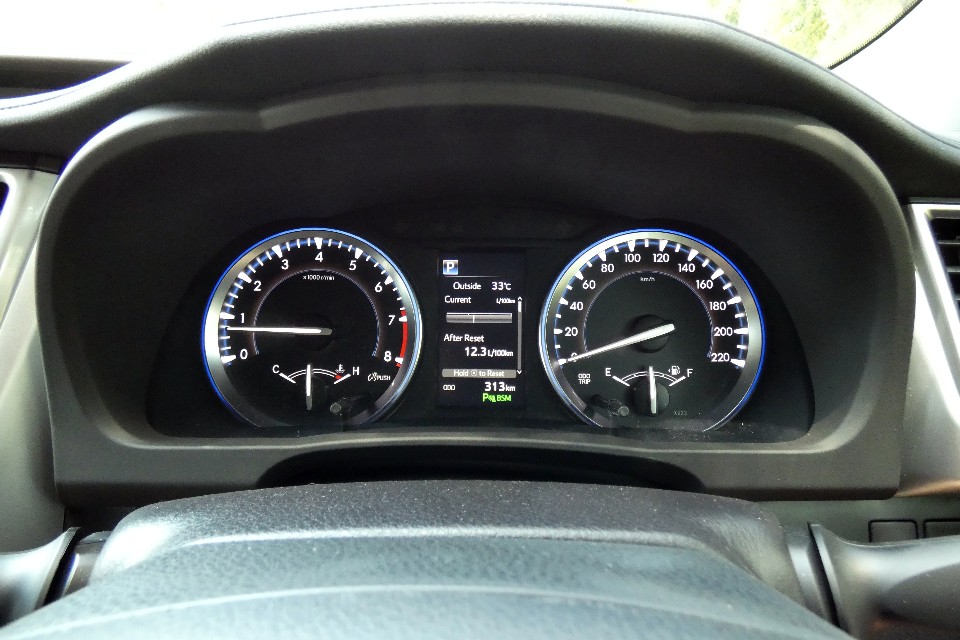 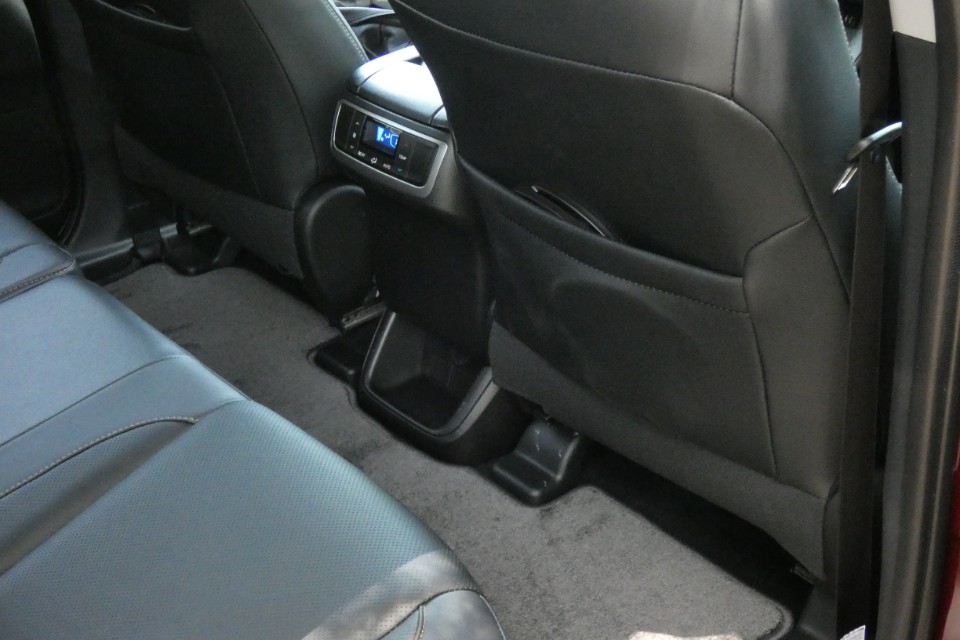 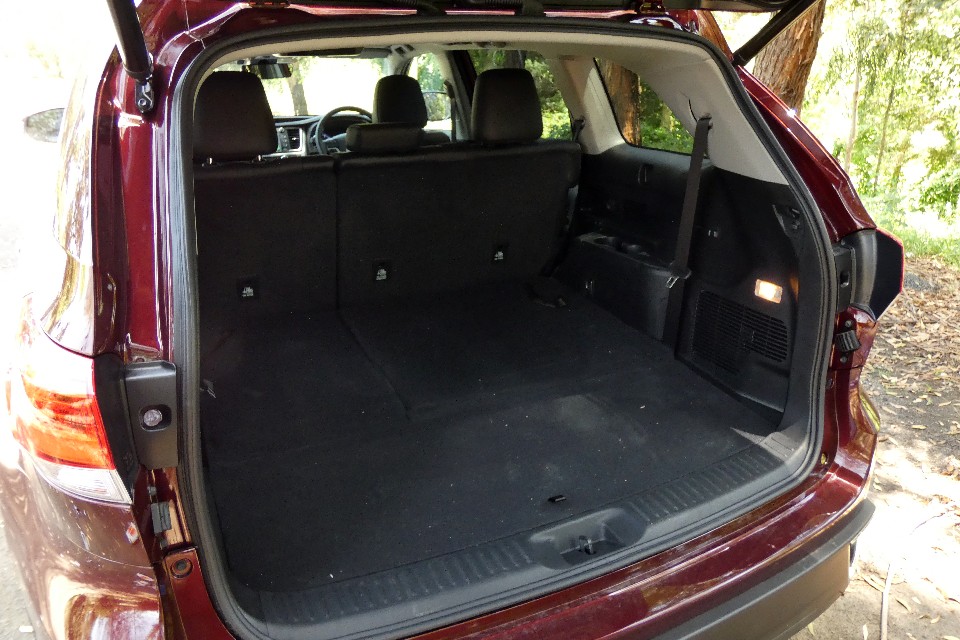 Kluger has morphed into a large vehicle over the years, but the increase in size has failed to produce the diesel engine that usually powers larger SUVs.

Otherwise it’s a well rounded family bus, with plenty of room for the kids and all the trappings that go with them.

Check out deals on the Toyota Kluger