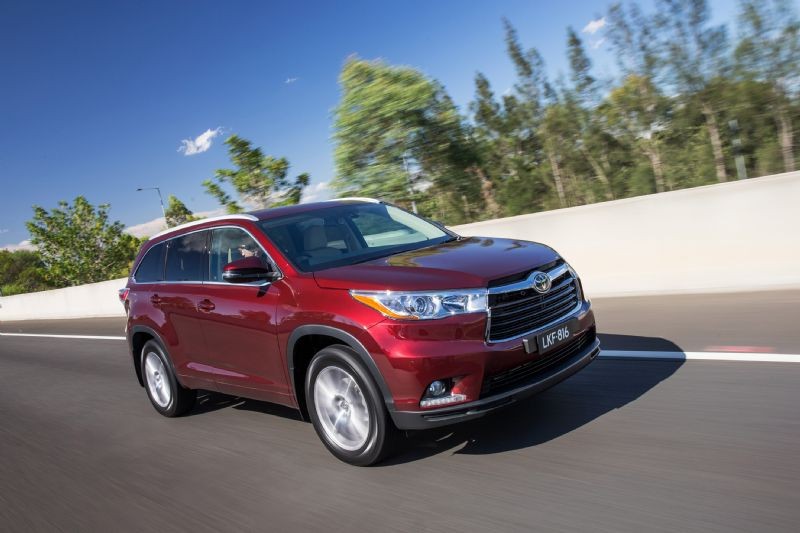 Toyota’s Kluger has occupied an odd spot in Australia’s SUV family for over 15 years.

Starting as a mid-sizish machine with only a petrol engine, it’s grown to be included in the larger SUV range but still with an engine fed only by petrol.

The diesel dearth is due to an American driven desire for petrol — if you want a people moving diesel there’s the almost invisible Fortuner.

The mid range GLX sits between the GX and Grande, with decent fit and finish, a thirsty V6, and seven seats.

It’s teamed with an 8-speed auto, with all three grades available in two or all-wheel drive form, the latter with a front wheel bias and torque on demand.

It’s a big machine and feels it in every way on the road. Fuel economy is, I guess, okay for the urban environment in which it will spend most time.

The trip metre in our test vehicle hasn’t dropped below 11.0L/100km during its tenure, with 11.3 the favoured number from the 72-litre tank.

It’s the torque that needs a big boost considering it’s the same output that a 2.0-litre turbo produces. 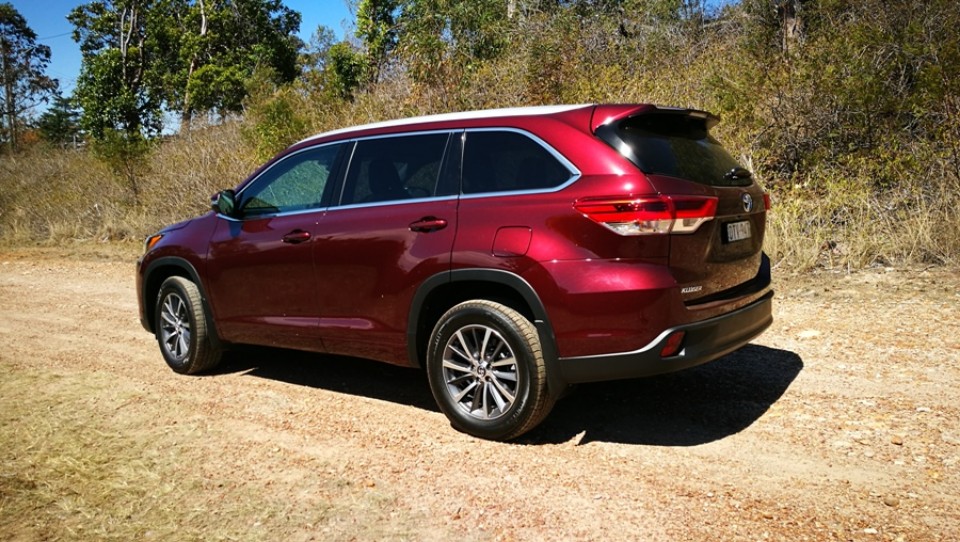 That’s a full $9K more than the GX and a whopping $10K less than the Grande. This puts it up against the Santa Fe, Sorento, with competition from Mercedes-Benz, Volvo, and Audi also at this price point.

It’s a big and blocky thing to look at, without the organic curves seen on the opposition. An inverted V shaped grille sits between two hawk-like headlight clusters and LED daytime running lights.

The bottom edge of the bumper is polyurethane for protection. It matches the inside with the angular and somewhat uncohesive look that marks a Lexus influence in styling.

Although our test vehicle was front wheel drive only, it’s a better drive experience than the lumbering AWD Grande.

There’s a feature laden list of standard equipment and when it comes to family usage, Grande offers possibly only a roof-mounted blu-ray player with wireless headphones, and sunroof as a lure.

There are leather seats front, mid and rear, with heating in the GXL for the front seats via a couple of console mounted switches.

The driver has powered operation for their seat and there is auto up/down for the front windows only.

A huge centre console bin has a tray and is large enough to hold a few soft drink cans.

There is rear zone aircon which is controllable from the mid row seats. These seats can also be folded and laid flat, plus slide to allow rear or third row access.

These seats are simple to operate, with a strap to pull and raise or lower.

The rear seats offer a lot of legroom when moved back, but then compromise legroom and the folding ability of the third row seats.

An 8.0-inch touchscreen features satnav and DAB, and it’s mostly sensitive enough to work in areas others drop out. But it did take longer to reacquire signal than others too.

Voice activation is embedded, along with rain sensing wipers and auto headlights of course.

A powered tailgate is also provided and can be opened from a tab inside, the key fob, or the door itself.

GXL has the Toyota Safety Sense system with a pre-collision setup that includes pedestrians. Blind Spot Alert, Rear Cross Traffic, and Lane Departure Alert are fitted too. Airbags? Seven, please and thank you. 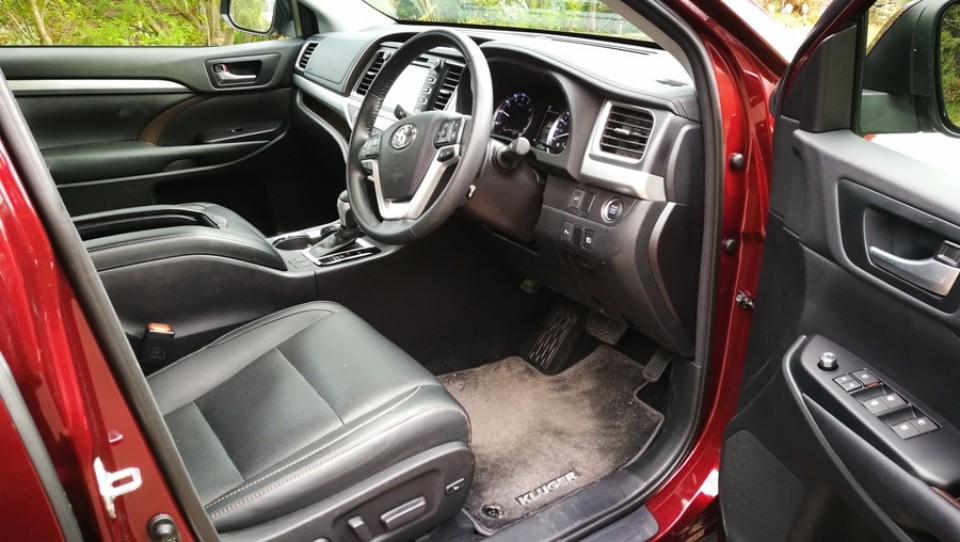 The front wheel drive Kluger will chirp when the accelerator is punched hard, otherwise it’s a slowish, progressive, movement. As peak torque is high up the rev range it does take some time it feels as if the GXL is dragging its heels.

When it’s moving and in freeway cruise mode, it purrs along with just under 2000rpm showing.

The transmission is slightly old school in feel. In slow traffic and needing a change from eighth, it’ll slips to seventh, perhaps sixth, and possibly even fifth, gear by gear. It’ll only drop more than one cog if the go pedal really is pushed hard. Changes themselves are smooth but very noticeable — it feels as if you could put a hand in the gap between them.

The car feels unwieldy on the road. The mass is noticeable in lane changing, and braking is also affected, with plenty of forward planning needed, as the pedal doesn’t quite feel it’s biting initially.

The rubber is from Michelin, with 245/60 series tyres on 18-inch alloys. Dry road grip is adequate but there is no way this car would enjoy an off- or soft-road excursion. The front suspension is short travel and even over a speed hump at legal speeds will crash and fall away on the far side.

Steering tends towards the heavy side. A one handed driving style is enough but needs a little extra elbow grease in order to move left to right. There is only a little freeplay in the steering column, which is adjustable for reach and rake. It will tighten up slightly towards the end of its circle in turning. 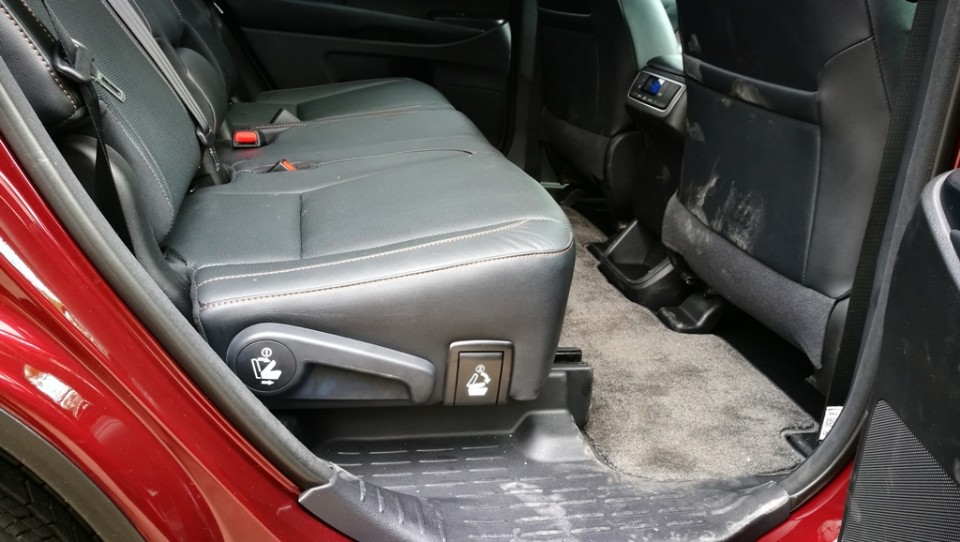 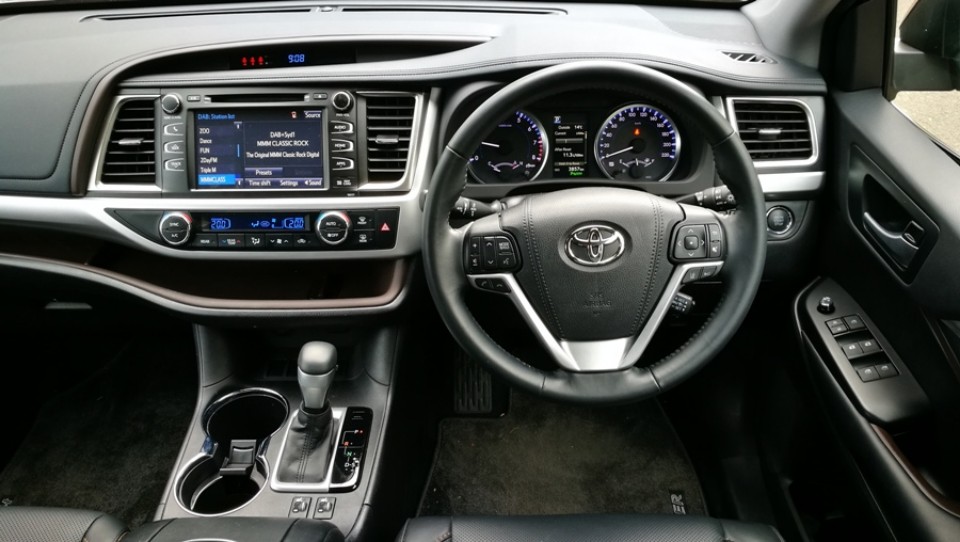 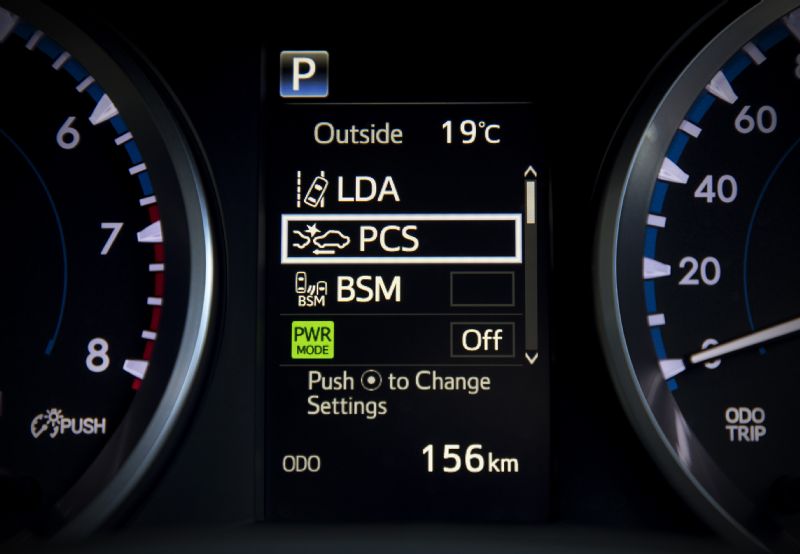 The American influence is strong with this one. Comfortable enough when mobile, it takes a bit of effort, and therefore fuel, to get going. The transmission is adequate, neither a shocker nor outstanding. In all, it’s a big, heavy — and possibly overpriced against its rivals. 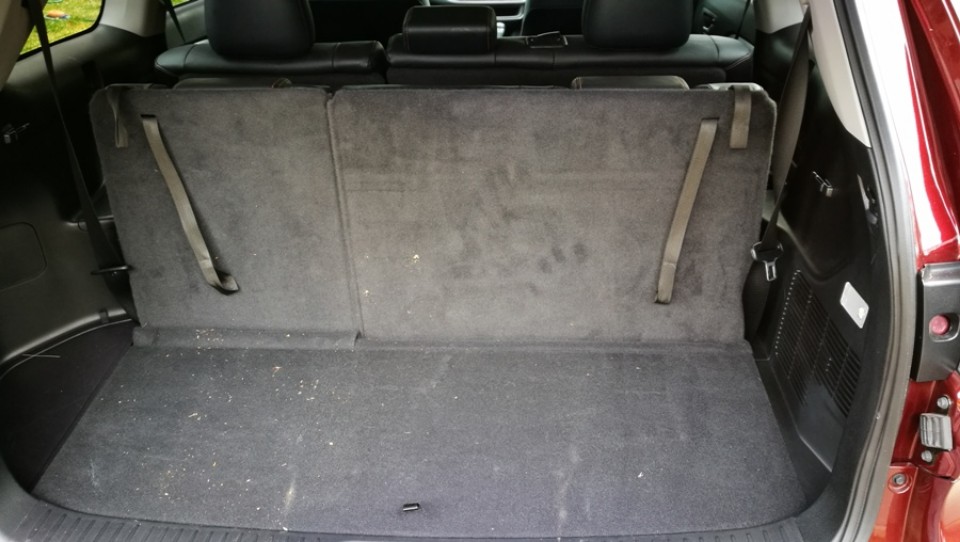 Check out deals on the Toyota Kluger