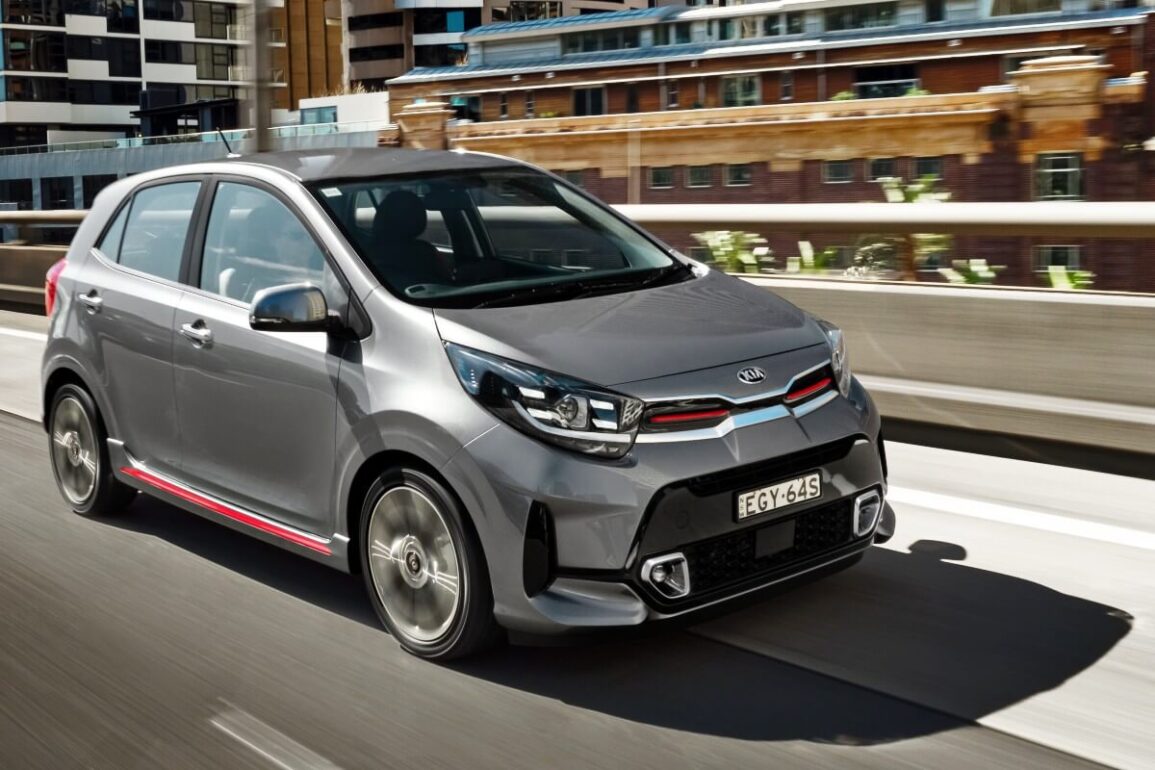 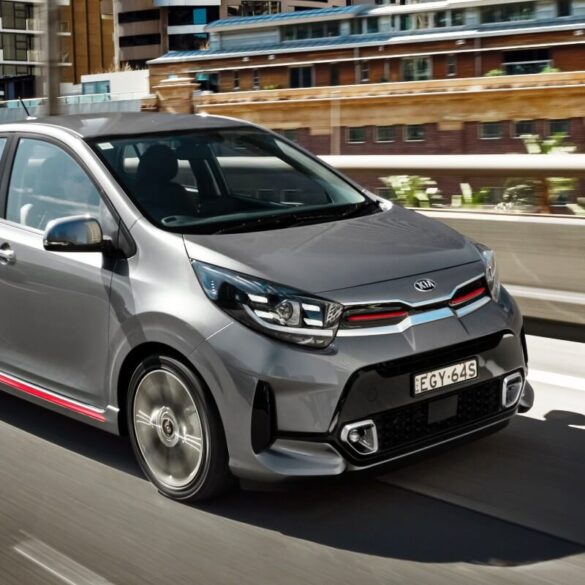 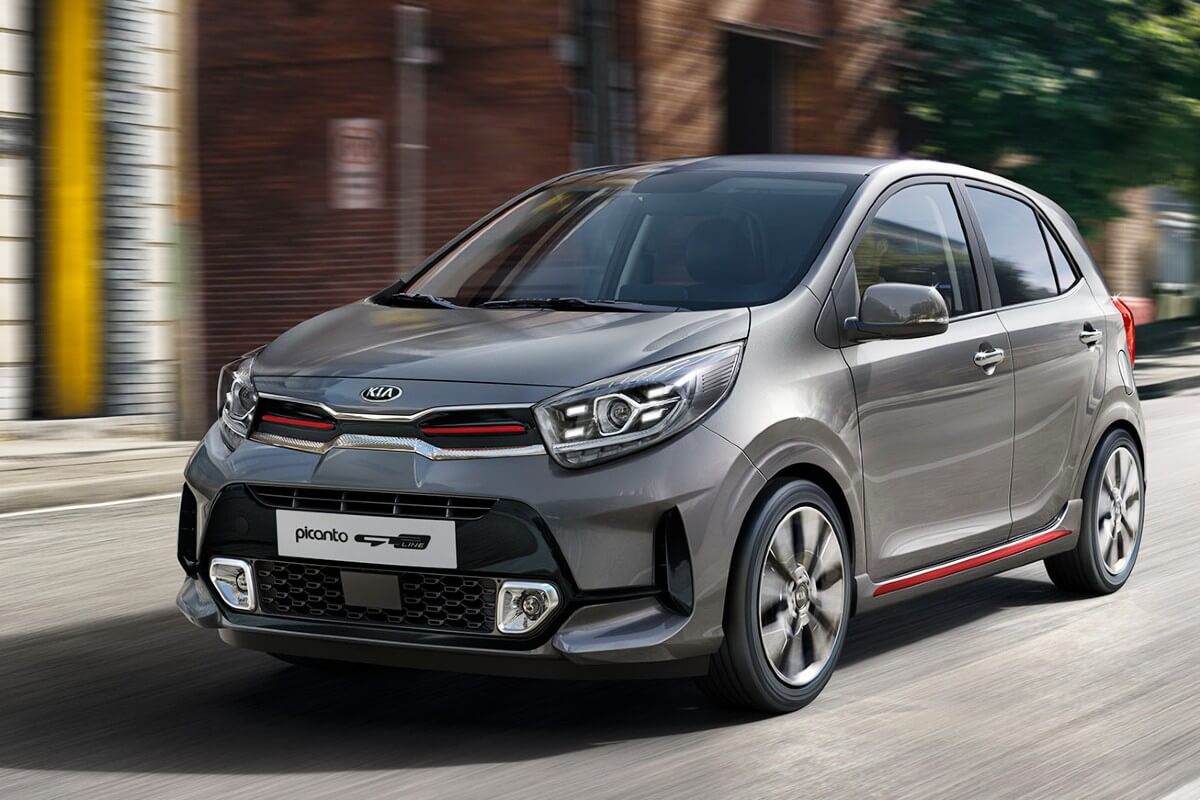 Google tells us that “Picanto” relates to the Spanish and Italian words “picante/piccante”, meaning “spicy”.

The Kia Picanto does have a “spicy” look that could also be called cute.

This is one of the smallest and cheapest models on the Australia new car market.

At the same time, it does have a fair number of the features that new car buyers are looking for. 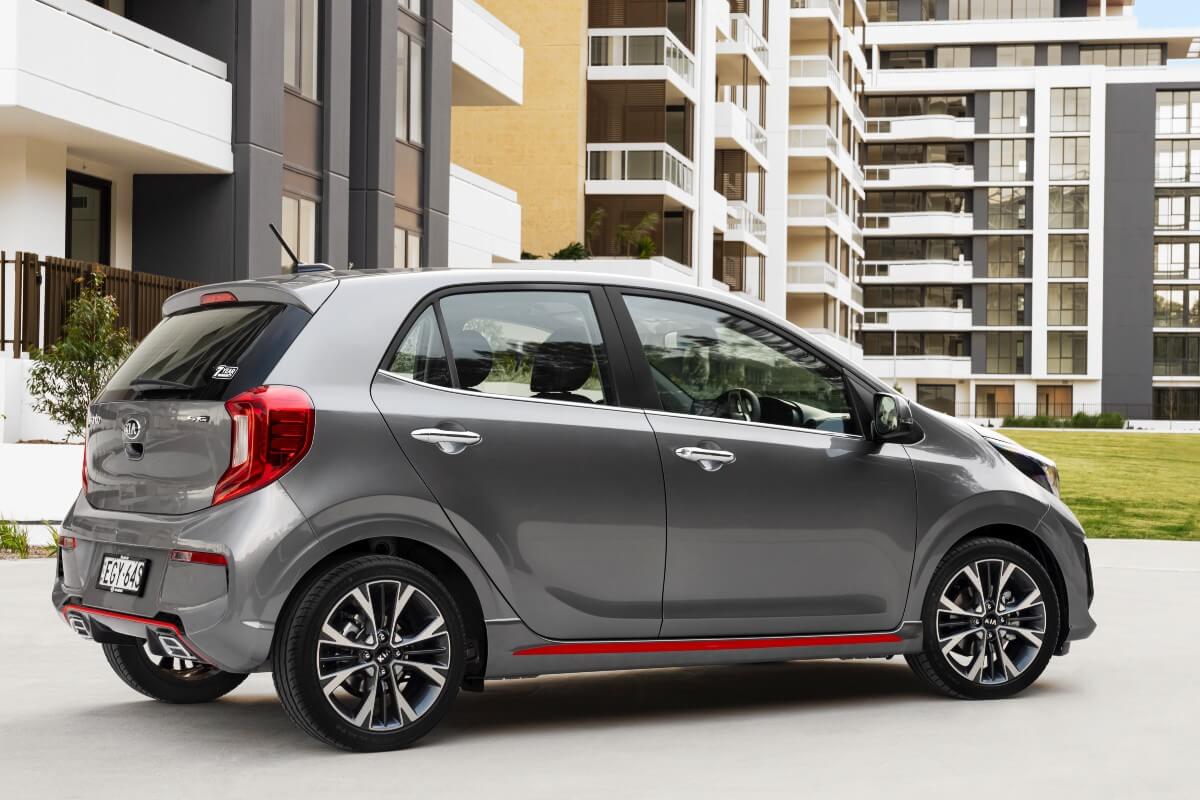 The Picanto GT-Line update for 2022 has revised styling of the front and rear bumpers which is intended to see it through until the arrival of the next model that’s anticipated within the year.

The shape works well with a cuteness that’s almost playful, aimed at the young as well as the young at heart.

Our car was black with red highlights in the lower areas of the body.

As part of this update all Picantos now have an 8.0-inch infotainment display, with wireless Apple CarPlay and Android Auto.

There’s space for a smartphone and there are single USB and 12V outlets.

Picanto only has a four-star ANCAP safety rating that dates all the way back to 2017.

Again, be aware a new model is coming.

This is certainly handy given that too many drivers are spending time talking on their phone or composing texts, and having the car look after them is a plus.

Either that or educate drivers about the need to pay 100 per cent attention all the time.

Okay, I’ve always been a wishful thinker. You may say I’m a dreamer (with reference to the late, great John Lennon).

There are two IsoFix points and top tether points for child seats. 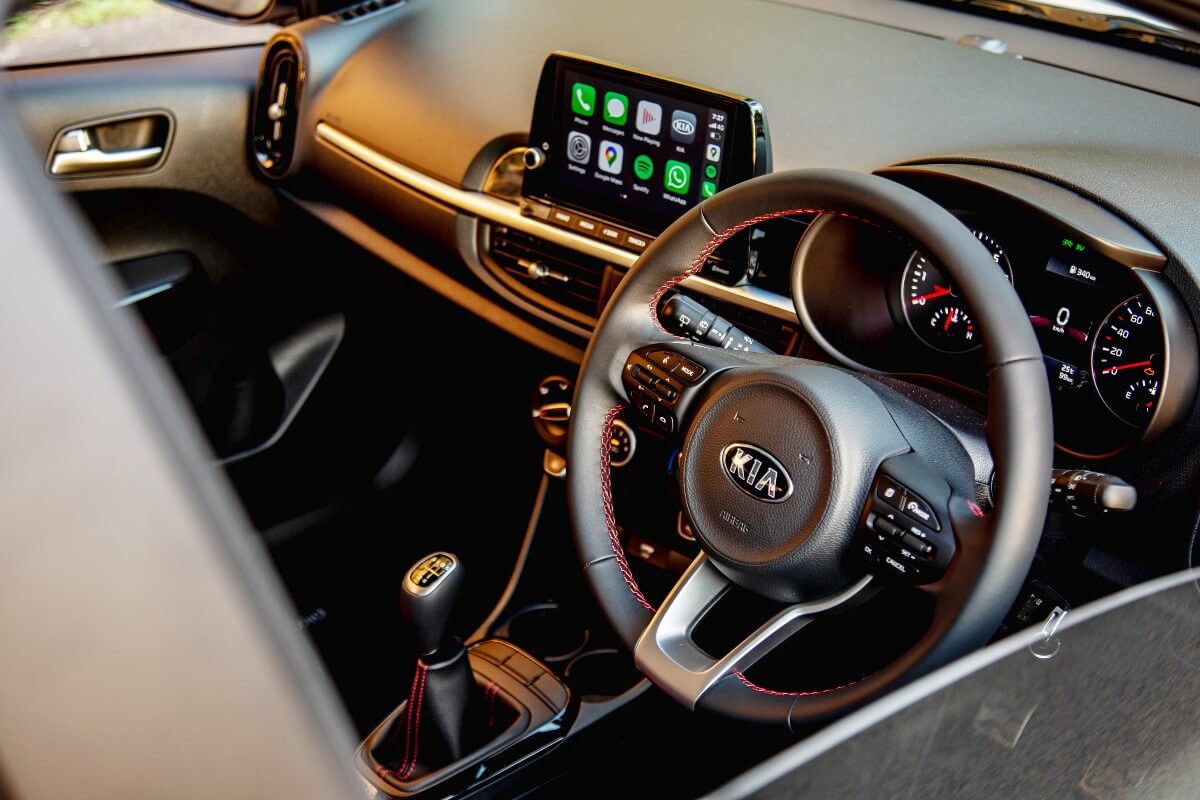 Picanto GT-Line has a four-cylinder 1.2-litre engine, which is less powerful than the 1.0-litre turbo-petrol in the more expensive GT.

Keep in mind that this is a GT-Line, not a GT and this makes sense – it’s more about show than go, which is fine by many buyers.

Our test car had a four-speed automatic transmission – yes four speeds because this is a car that’s getting seriously old by today’s standards.

As mentioned, a new model is due within a year or so and we can expect it to have a significantly better powertrain.

Somewhat oddly the manual is a five-speed unit, so has more ratios than the auto.

We might try to borrow a manual to see how it compares to the ye-olde automatic.

The styling of the dashboard area is neat with the screen taking up most of the area to give it an attractive look.

The seats in the GT-Line are well shaped and have a definite sporty look by courtesy of the red trim around their edges.

This is very small car so legroom in the back is tight for adults.

Kids under the age of about 12 will be fine but any older than that will have to chat with the driver and come to a deal about sharing the space.

Performance is okay, though hardly in the “GT” class.

If you’ve got 320kg of people in the passenger seats and/or are driving up hills the Picanto will feel as though it’s struggling at times.

Again, the four-speed auto is a pain because it’s going to drop back a gear and the engine jumps up in revs – as does the fuel consumption.

Though the Picanto is small it has a 2400mm wheelbase so it works well, even on bumpy roads.

The ride is quite firm, but if you look at it as being in the GT class it’s acceptable.

Cornering is pretty good and the light weight makes it fun to drive on favourite stretches of country road.

There is a 4.2-inch multifunction display in front of the driver.

Both this and the centre screen are reasonably sharp and easy to read, without the driver having to take their mind of the road ahead.

Official consumption for the automatic GT-Line we tested is 5.8L/100km on the combined cycle.

During our week with the Picanto we used seven to nine litres per 100 around the suburbs and five to six litres in the country and on motorways and level-road country driving.

Like all Kias the cute little Picanto has a seven-year, unlimited distance warranty.

Which is a huge benefit in this class as buyers are likely to be young and not have much of an income. 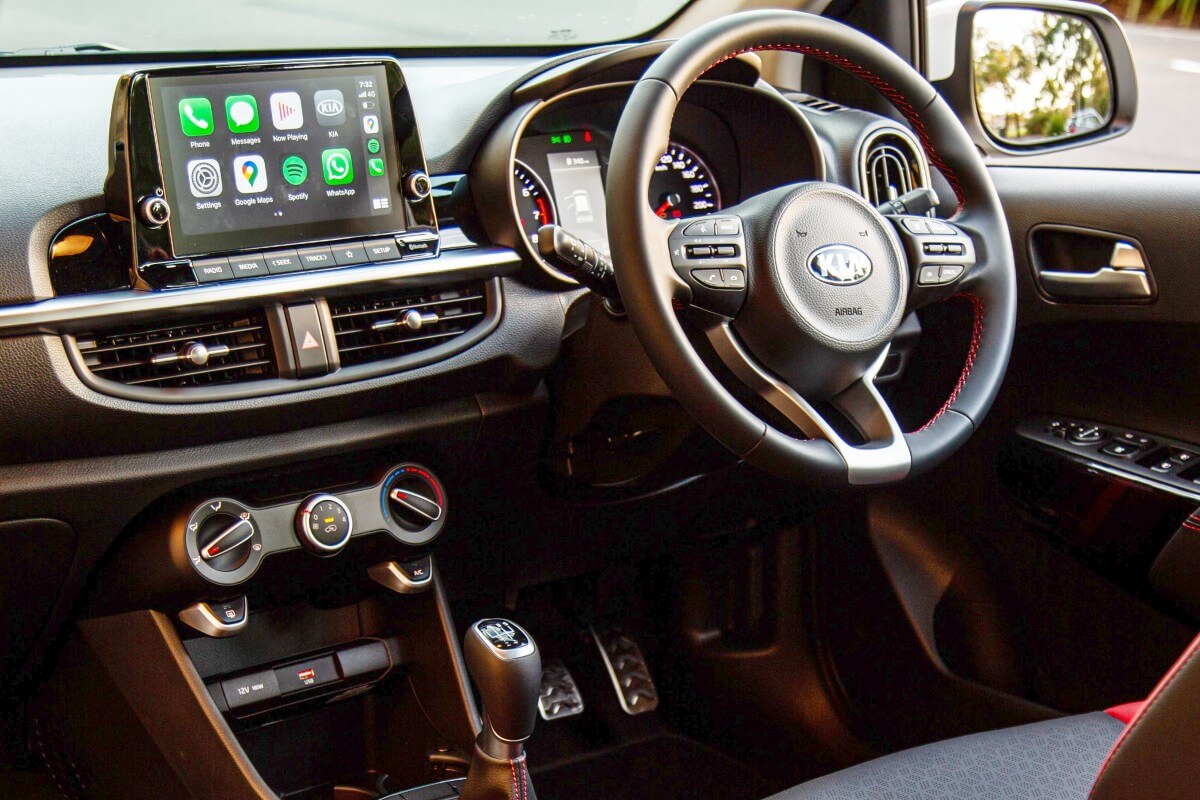 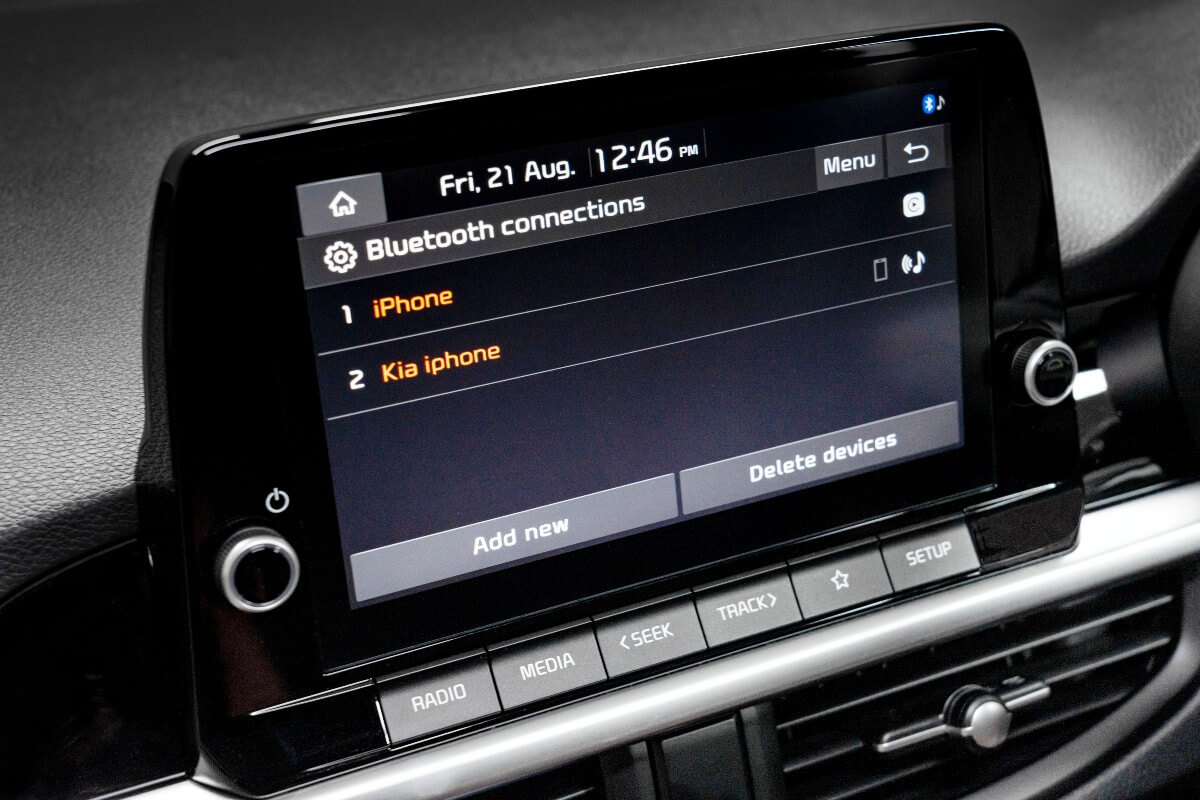 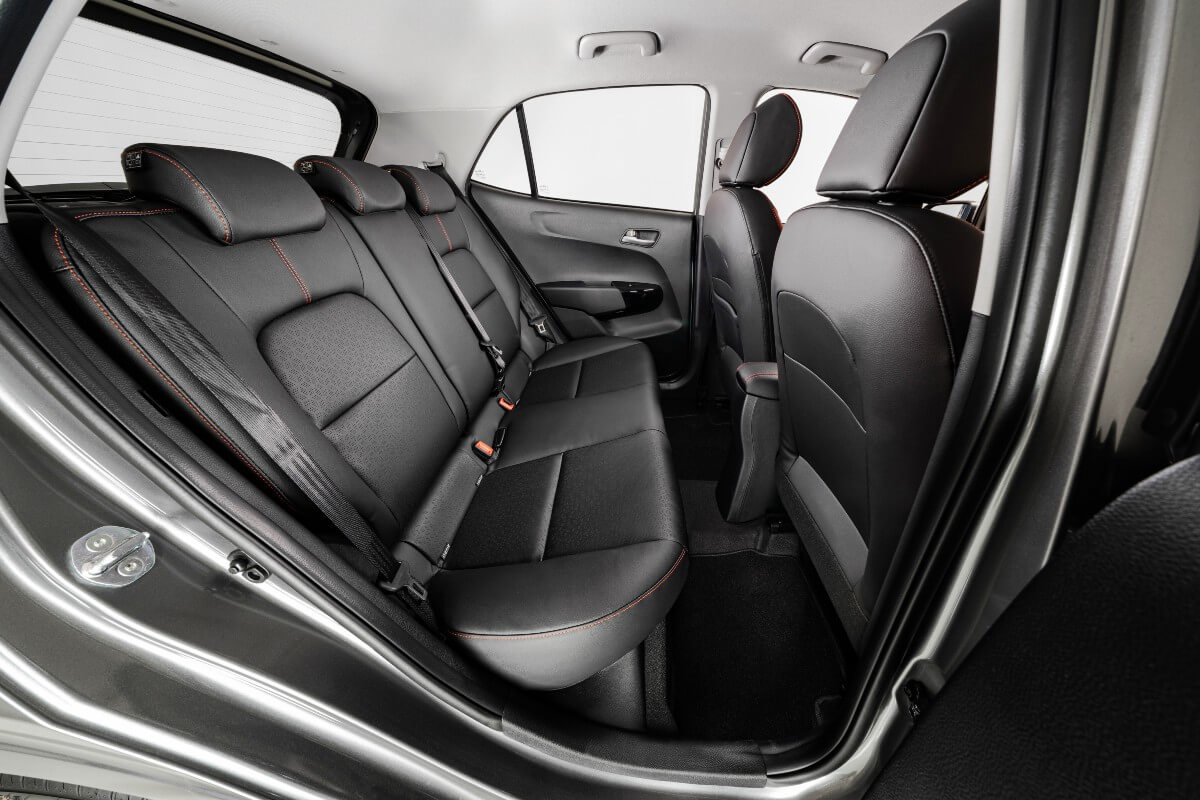 Kia Picanto is a cute little hatchback at a more than reasonable price.

It looks great and drives pretty well for what it is.

Though it’s getting on in years and doesn’t have the latest safety features, it should certainly get a place on your list of cars to test drive. 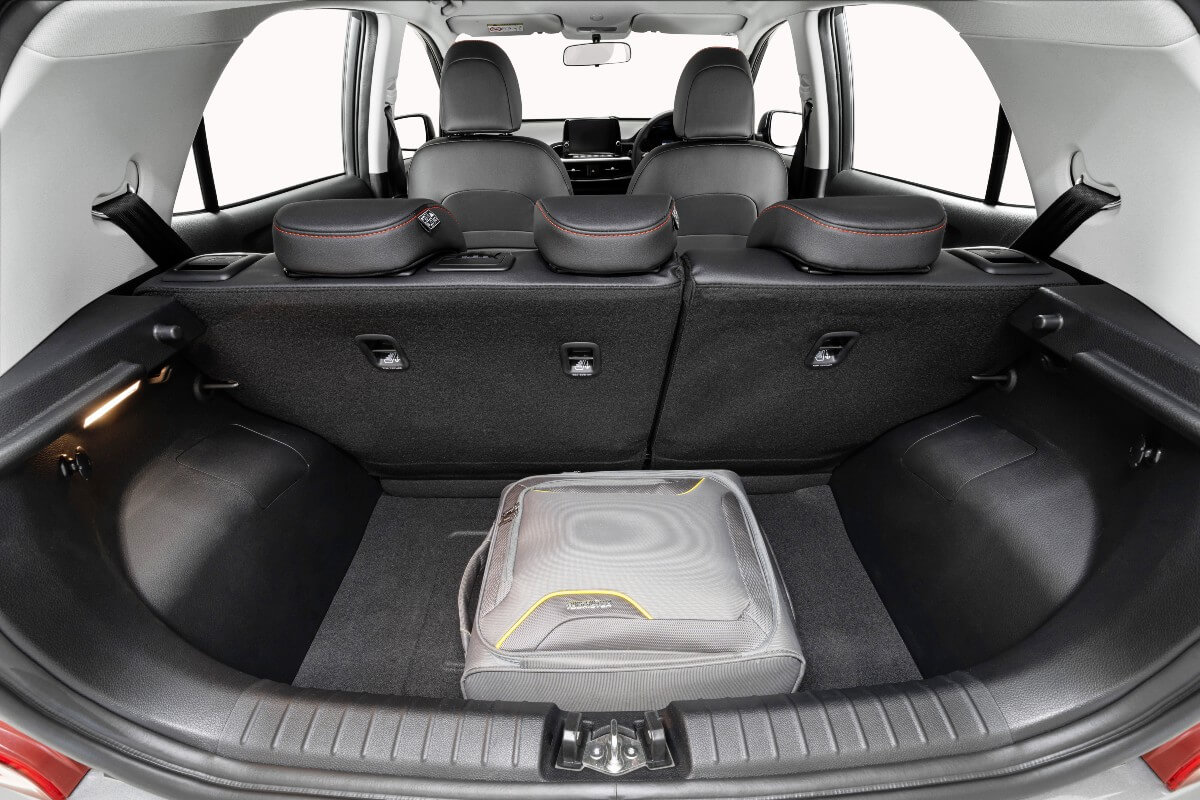 Check out deals on the Kia Picanto