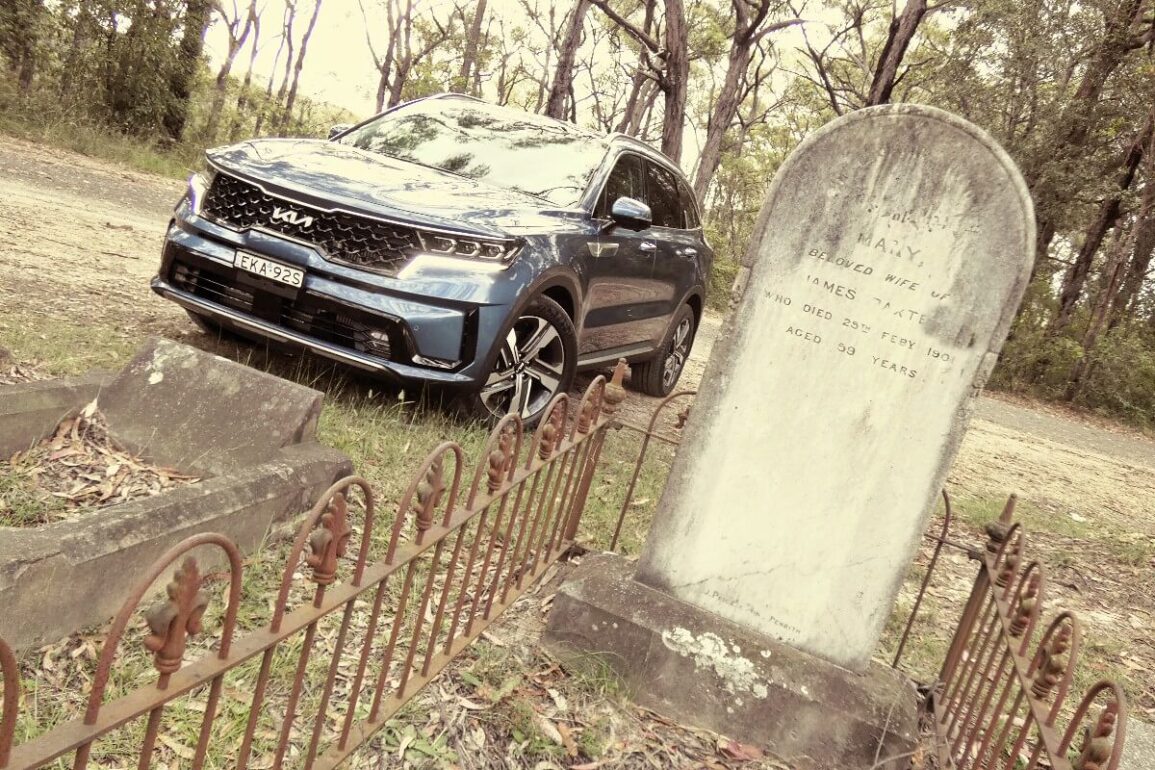 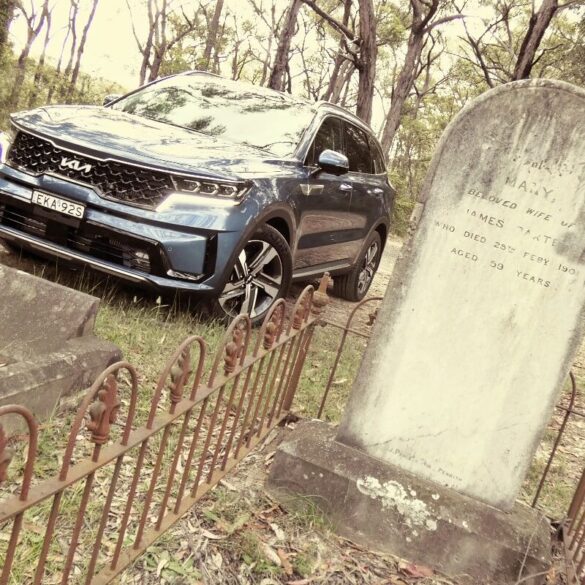 Kia Sorento PHEV: How much again? 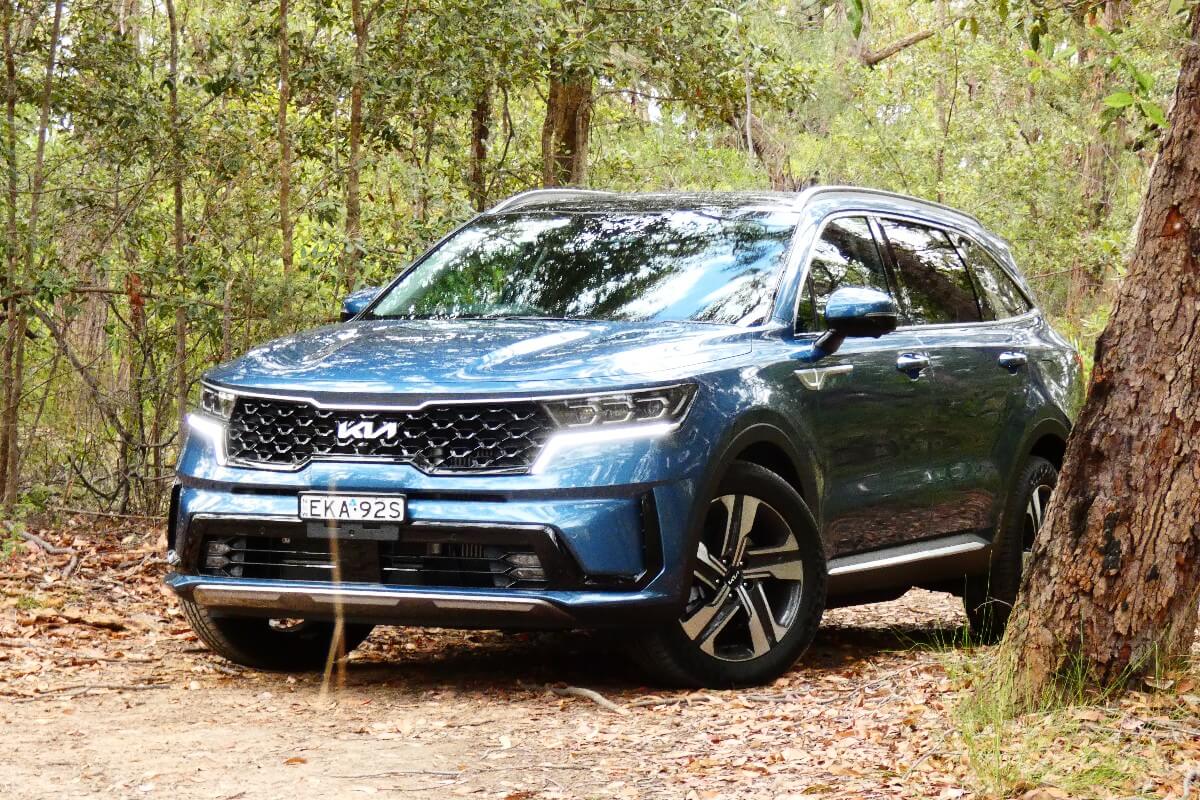 Sorento seats seven and is the largest of Kia’s SUVs.

Now in its fourth generation, it comes in four grades and with a choice of three powertrains.

In fact, it’s the only large, mainstream SUV on the market to offer the option of all three drivetrains, but it comes at a premium — and is it worth it? 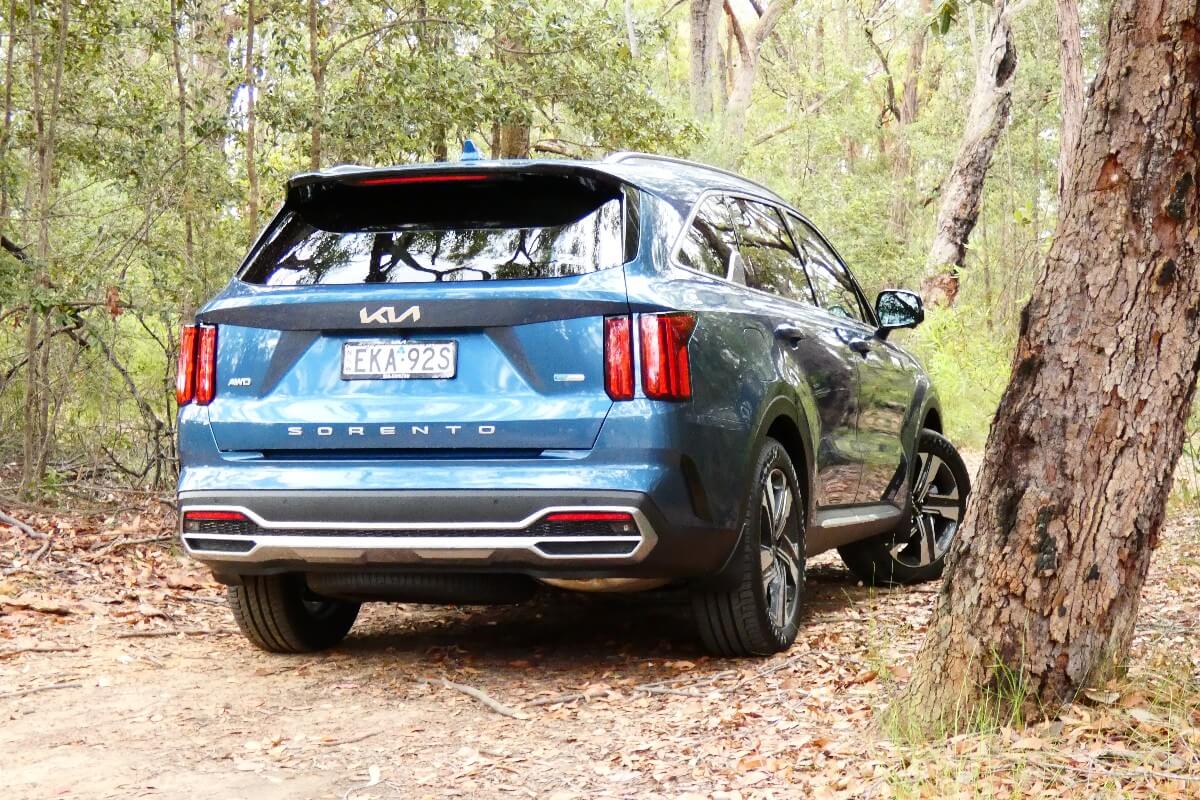 Prices for Sorento start from $49,290 driveaway for the base model, petrol-powered front-wheel drive  S.

The diesel is $3000 more, but also comes with all-wheel drive.

Default is EV and Eco mode.

But PHEV is available only in GT-Line trim and will set you back $81,990 driveaway.

Oh, and any colour apart from Clear White attracts a $695 premium.

Kia’s designers, sought to maintain the robust, tough-looking aesthetic of earlier generations, while making it more refined and elegant — sporty even.

Note, however, PHEV rides on downsized 19-inch alloys, rather than the 20s of the top petrol and diesel models (it’s flashy rubber though).

The attractive, upmarket cabin introduces sophisticated next-gen design and in GT-Line this is based around twin digital displays.

The focal point of the dashboard is the eye-catching ventilation stack that looks like something out of Star Wars.

The screen can be split in two for easy access to applications, vehicle information and multimedia content.

GT-Line also comes with a colour head-up display that projects driving information on to the lower area of the windscreen.

Rounding out the list is Mood Lighting, with seven ‘core’ colours and a driver to passenger intercom system.

This also detects oncoming traffic when making a turn at a junction.

It operates from 0-180km/h, using camera and radar sensors to maintain a safe distance from the car in front, while monitoring road markings to keep the vehicle in the centre of its lane.

However, the further back in the car that you are seated, the less protection offered in terms of airbags.

Second row passengers miss out on side airbags, while the third row misses out on both side and curtain airbag protection. 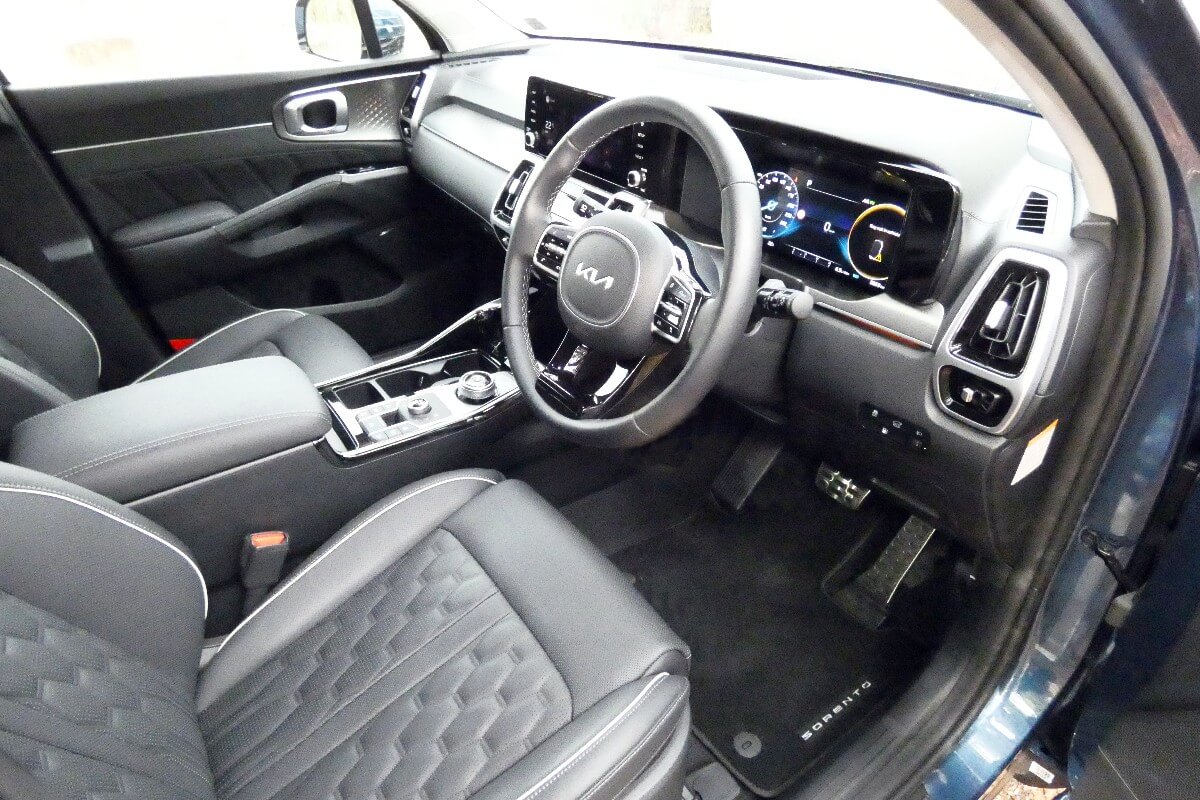 Sorento is big, comfy, easy to drive and light years from the Kias of old.

Power comes from a 1.6-litre turbocharged petrol engine combined with a 67kW electric motor, together with a 13.8kWh battery pack.

The combined output is 195kW of power and 350Nm of torque, with power transmitted to all four wheels via a conventional six-speed auto with paddle shifters.

Kia claims an all-electric range of 68km, but that’s under the old system.

Under the newer WLTP regime, which uses different test procedures — the figure is 57km.

The 140kg lithium-ion battery pack is located under the second row of seats and because the vehicle was designed with this in mind, Kia says it does not in any way compromise interior space.

In fact, although the new model is only 10mm longer at 4810mm, the wheelbase has grown by 35mm which means more room inside than before.

It’s also 10mm wider and, with all seven seats deployed, there is 32 percent more boot space.

The boot, however, is still smaller than the standard model.

A full-size alloy spare is supplied.

Design elements from other models include a new ‘shark fin’ element on its rear C-pillar, and sculpted body surfaces with sharp creases.

Electric and hybrid modes are interchangeable.

In hybrid or HEV mode, it operates both energy sources, the engine and the electric motor simultaneously.

With the battery fully charged it used marginally less than this — about 5.2L/100km — but to be honest we couldn’t be bothered constantly charging the thing.

The 1.6L/100km represents the the amount of fuel consumed over distance of 100km, under controlled conditions, minus the 57km contribution of the battery.

To get it, or even come close to it — you need a fully charged battery and to travel in EV mode for the first 57km.

The good news is that you can drive the Sorento like a run-of-the-mill parallel hybrid and it performs pretty well in this mode, with the battery rarely falling below 15 per cent — charge or no charge.

This means performance always benefits from boost by the electric motor.

Only under full load does it feel a little unconvincing, like the four it actually is — wrapped in a big diesel body.

Here it is perhaps timely to mention the tow rating is  a rather uninspiring 1350kg (with brakes).

Charging this way takes up to six hours, or 3.5 hours if you install an optional 3.3kW wall charger.

If you’d like to make use of a faster, commercial charger such as those found at shopping centres, you’ll need to acquire another optional cable.

We became aware of this when we fronted up to charge point at a local shopping centre, only to find the cable supplied was not compatible.

It’s also interesting to note the flap covering the car charge port, located at the driver’s side rear, refused to open at first.

The trick is to give it a short, sharp prod instead of a gentle tap, then it will pop open — geez. 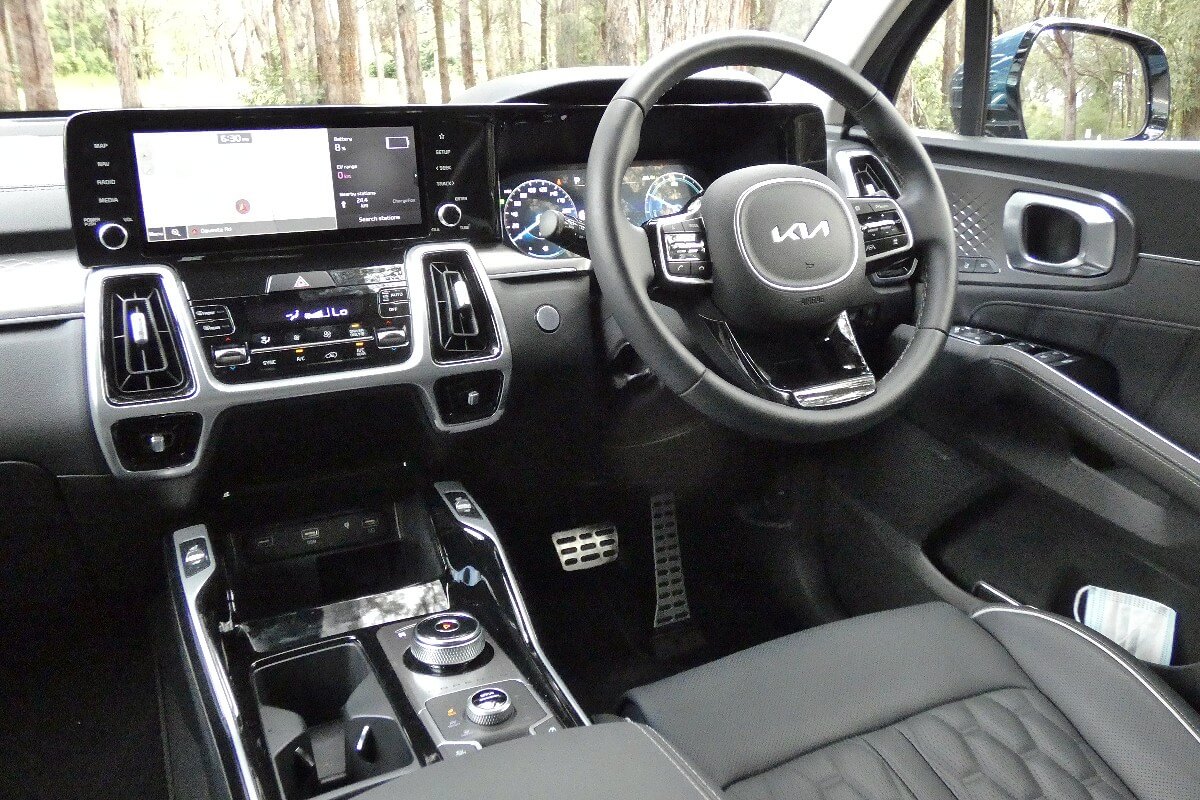 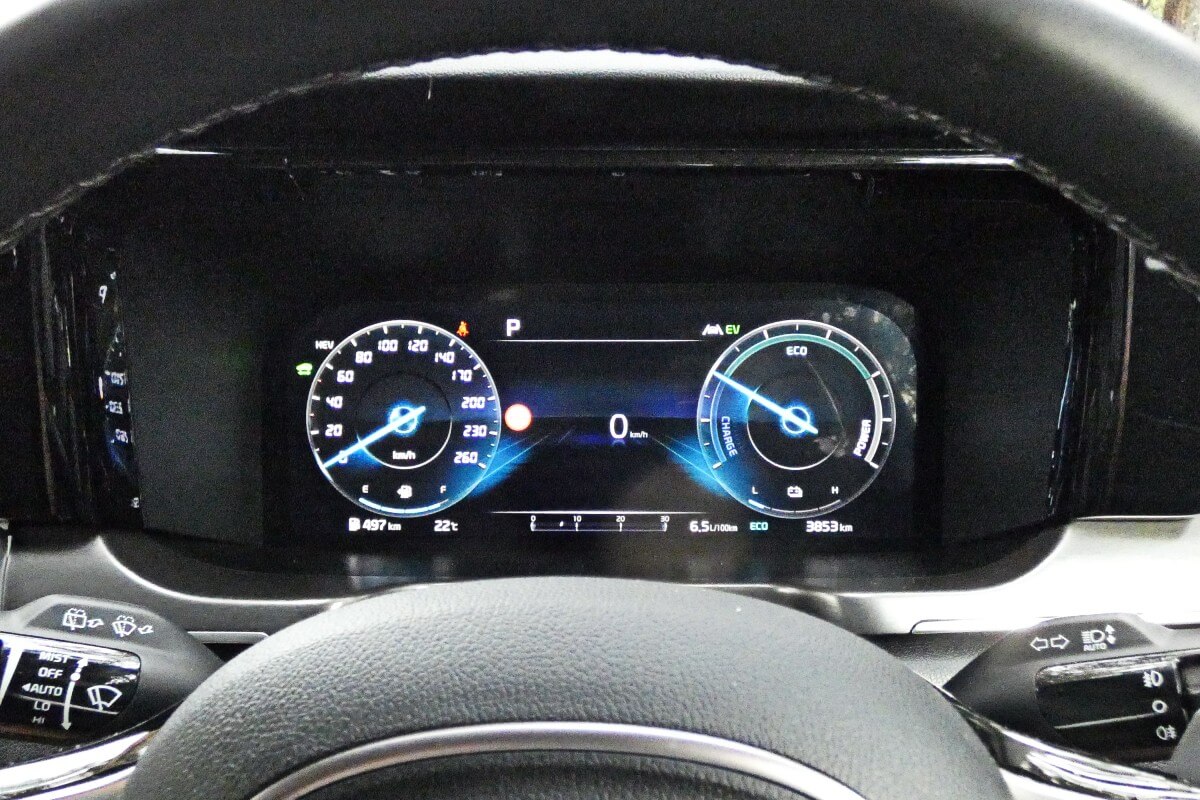 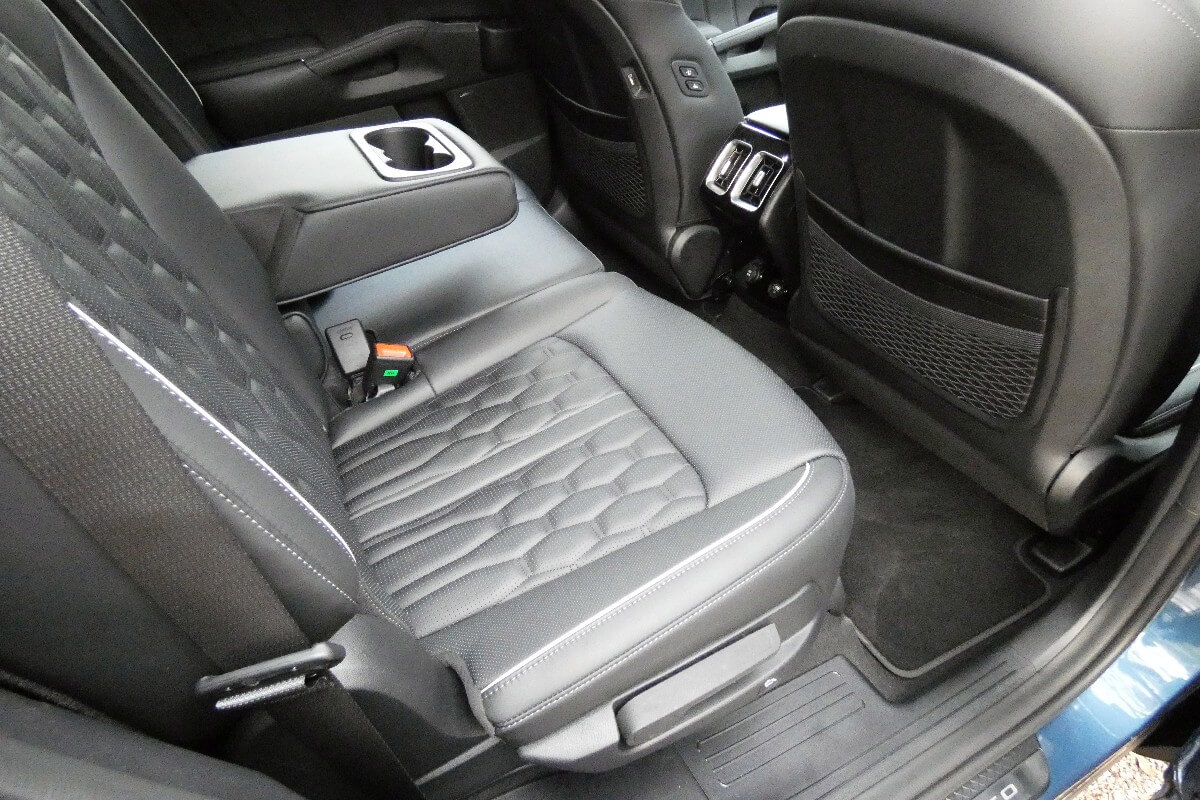 The latest Kia Sorento is a tour de force and I really wanted to like the PHEV.

But spending $82,000, almost $15,000 more than the diesel equivalent, for a car that will travel a maximum of 57km on electricity alone, just doesn’t make sense.

Add to this the prospect of having to charge the car frequently to achieve the claimed fuel consumption and it becomes even less attractive.

I’ll take the diesel — any day of the week. 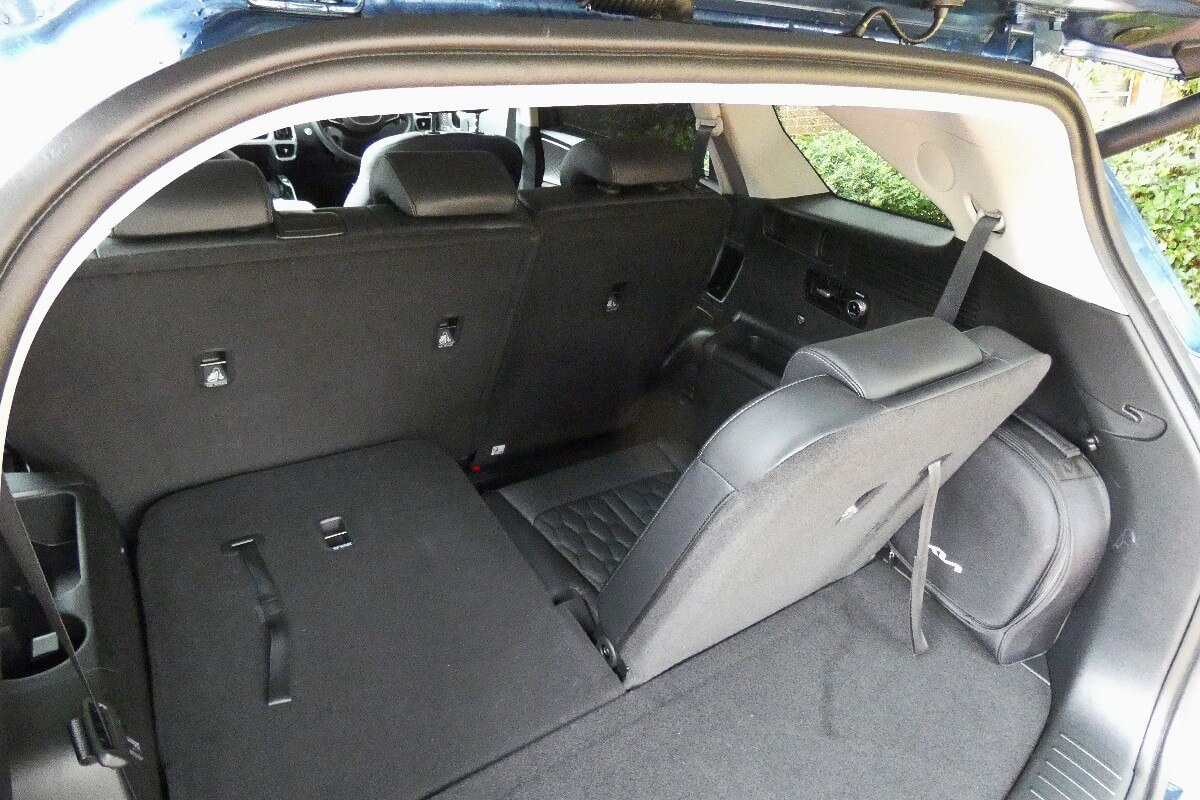 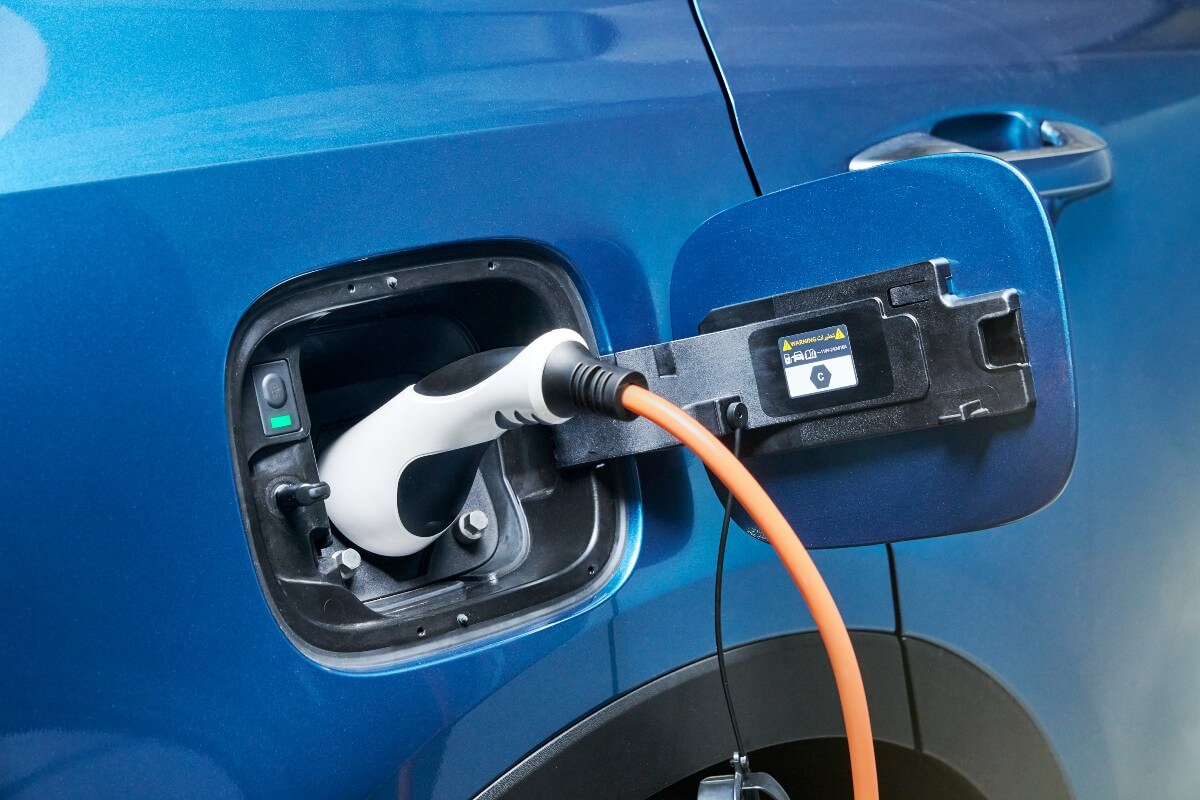