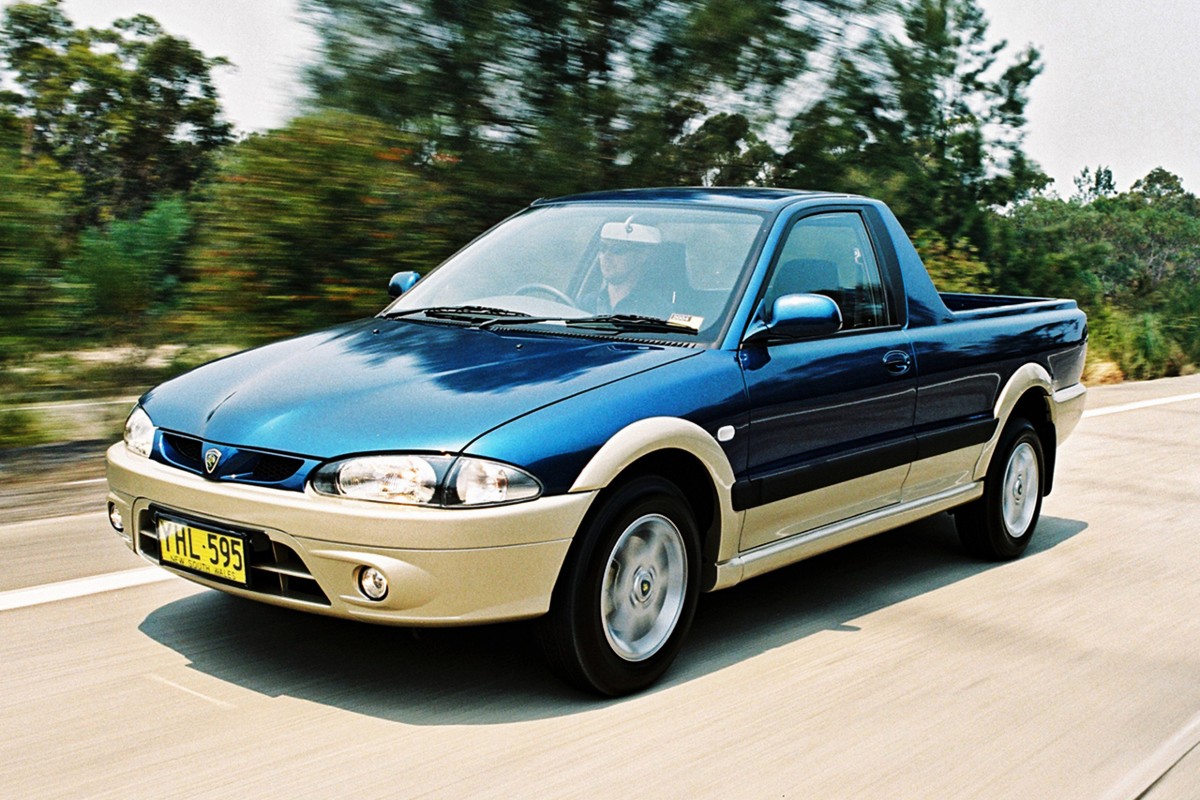 Could the Proton Jumbuck be on the road to becoming a classic?

It’s a question worth asking after a Jumbuck in good nick lasted just a day or two on the lot of our local used car yard.

Any mention of protons little utility inevitably draws a comparison with Subaru’s ute the Brumby.

The Brumby followed the same basic design, but was all-wheel drive — and the two are separated by decades.

Based on the Persona hatch and sedan, the two-seat utility was powered a 1.5-litre four cylinder petrol engine, with a 5-speed manual transmission and  drive to the front wheels.

The engine itself was a lift from the Mitsubishi Mirage hatch and produced 64kW of power and 120Nm of torque, the latter available from 3000 revs.

Jumbuck could carry a 635kg payload and tow a braked load of 1000kg.

I seem to remember covering the launch of this vehicle and I also had one on test.

Performance was to say the least uninspiring, much like the hatch and sedan upon which it was based.

The dash took just over about 14.0 seconds and became progressively worse the more weight you had in the back.

On the other hand, a bit of weight in the back helped smooth out the ride which was pretty choppy otherwise thanks to the leaf springs that underpinned the load area.

Brakes were disc at the front and drums down the back, without ABS.

Matching the poor ride was a low-rent cabin, with plenty of cheap plastic and not much else.

There were two grades, GLi and GLSi for an extra $2000 grand.

Catch the old Holdens in action at Winton

It also featured two-tone paint with exterior side and wheel arch cladding and fog lights.

Drum roll . . . neither model however had any airbags of any description, even as an option — and that ultimately led to the vehicle’s demise.

In 2009 ANCAP tested the ute when it received an appalling one-star rating.

This was at a time that cheap and cheerful didn’t cut anymore.

Jumbuck was axed in 2010 and although there has been talk of a replacement, one has never eventuated.

CHECKOUT: Santa’s coming, but not with Cruz