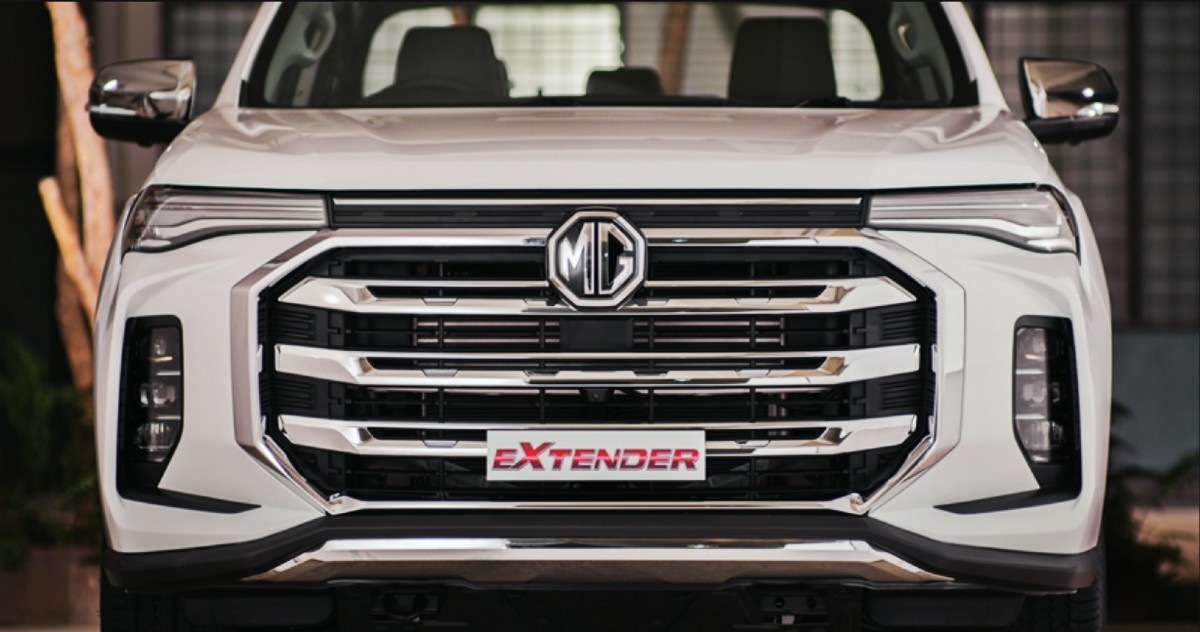 MG is a brand most people would more readily associate with sports cars from the 1940s onwards.

But today the British brand is owned by China’s SAIC Motor and is churning out a range of modern vehicles, all of them compact SUVs.

The Chinese-owned brand is now also going after a slice of the ute market in some international markets, with its Extender range that was revealed last week in Thailand.

Extender is a rebadged version of the T70 assembled in Thailand by SAIC-CP, with a new MG-style grille, new set of wheels and the steering wheel on the right.

Its right-hand drive configuration makes it a plausible contender for Australia and South Africa, as well as India and Pakistan.

MG SUVs are selling exceptionally well on the Australian market, but the brand is no longer represented in South Africa, where it once had a dominant presence in the sports car market.

MG TCs, TDs, TFs, MGAs and MGBs were big sellers through the post-war years, the later two duelling with Triumph TRs and Austin-Healeys.

The MG ute is a bit of a surprise, but it does fit well with market trends, where utes often top the sales charts.

Extender would certainly have no trouble standing out from its ute peers, with its massive chrome grille and sporty, black-clad tailgate design, with strips extending from the taillights.

Power comes from a 2-litre turbo diesel that produces 120kW, but it’s more than plausible that MG could through its link to the Maxus T90 (aka LDV in Australia), also offer a twin-turbo version of that motor, with 160kW and 500Nm.

Transmission is a choice of  a six-speed manual or six-speed automatic, with low-range four-wheel drive.

The twin-turbo puts out 160kW and 500Nm together with an eight-speed ZF automatic, making it competitive against Toyota’s Hilux and the Ford Ranger.

The flagship ‘Grand X’ variant of the Extender gets two-tone brown and black leather, while the rest of the range is upholstered in fabric.

MG Extender is available in Thailand in extended cab and double cab configurations, as well as in 4×2 and 4×4 drive.

Rotary put Holden in a spin

The cabin looks as modern as you could expect from a modern one-tonner and features include a 25cm touchscreen infotainment system, as well as Around View Camera, Lane Departure Warning and electrically adjustable front seats.

There is no shortage of compelling competition out there, even from the MG’s home country, with Great Wall aiming to make waves with its new P-Series that has just been rolled out to many markets.

Question is, is our market big enough for yet another ute?

And will the brand’s strong early association with sports cars be a handicap?