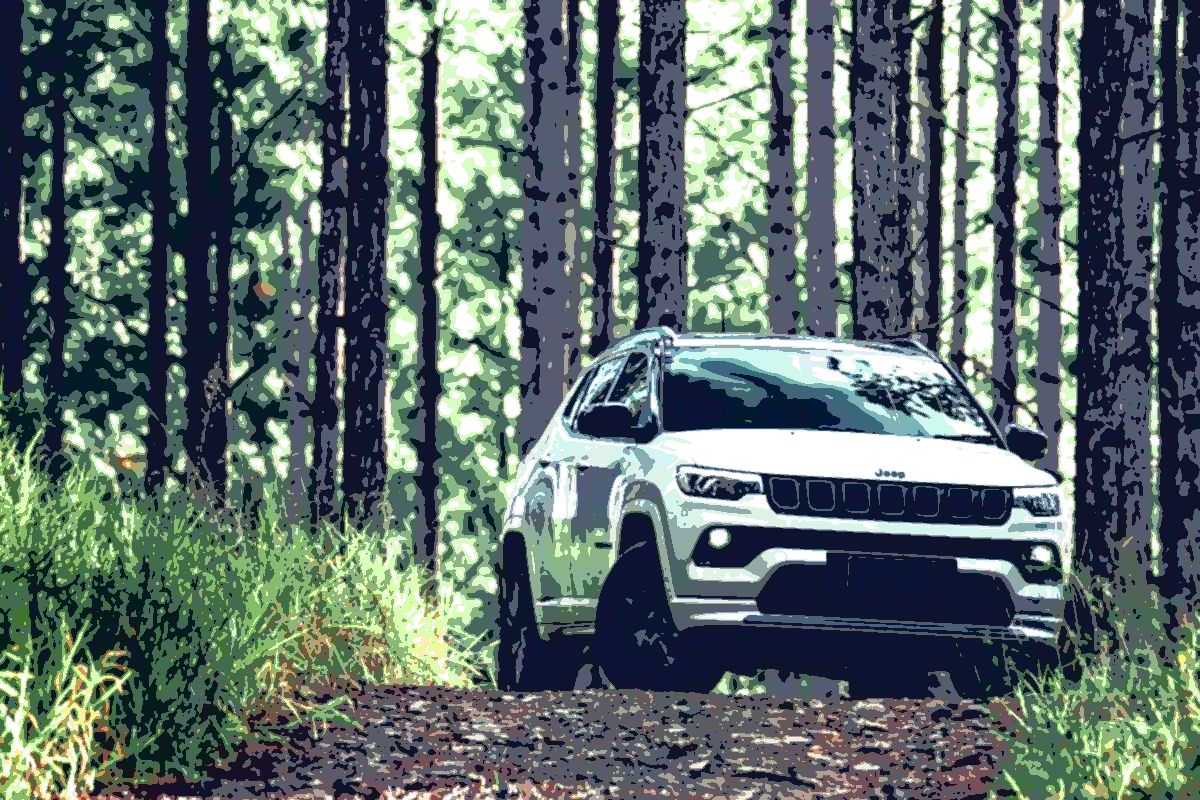 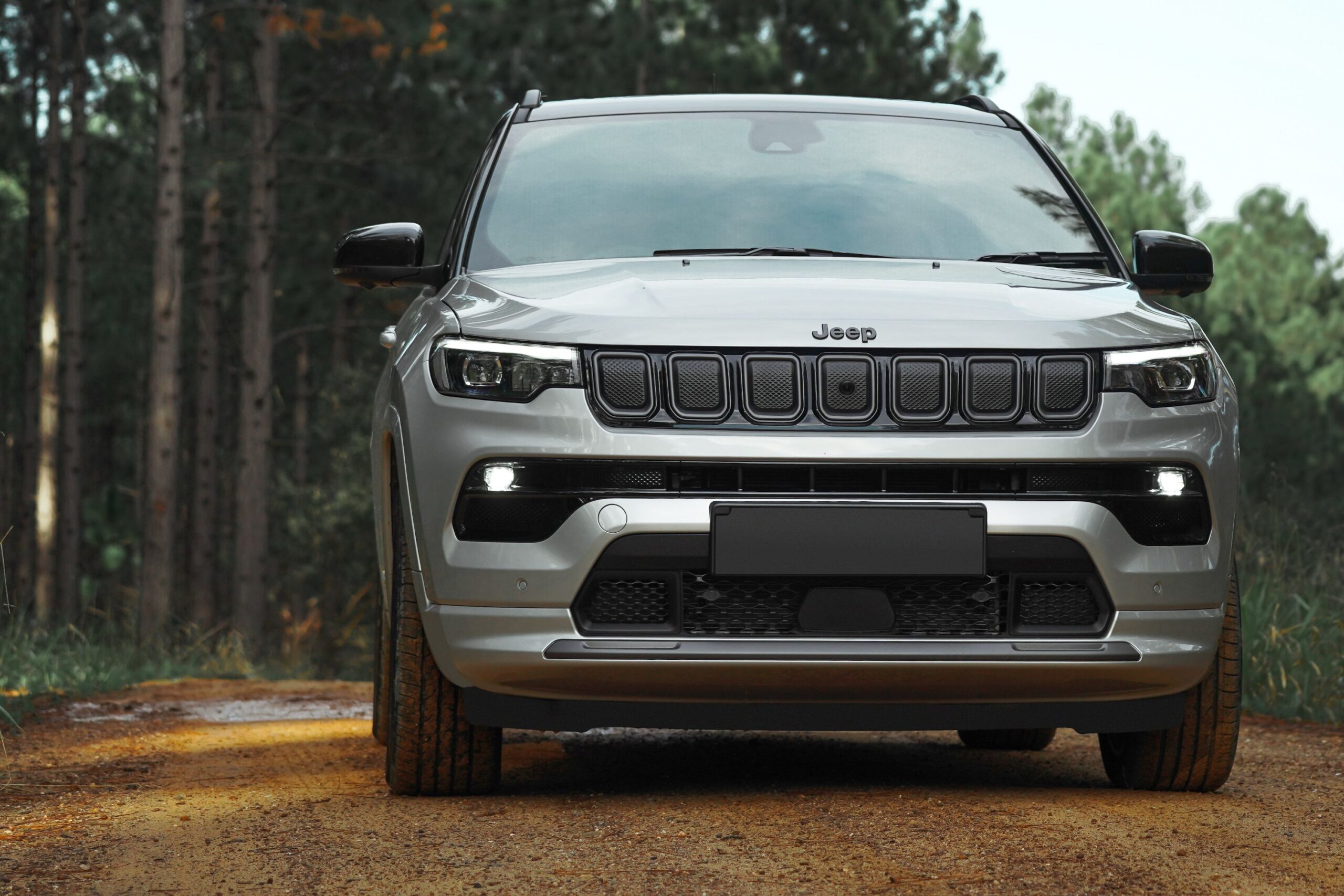 The new Compass is out to point the way for Jeep to gain ground in the small sports utility vehicle segment, one of the most competitive markets in the automotive world.

The legendary US four-wheel drive maker, famous for its Rubicon test regimen on the infamous eponymous trail, a 22-mile route, part road and part hellish 4×4 track, in the Sierra Nevada of the western United States, which all genuine off-road Jeeps have to endure during development, has imbued the MY22 Compass with the finer things in SUV life.

As Tom Noble, marketing and communications manager, Jeep Australia puts it, since its launch in 2017, the Compass has been renowned for its off-road capability, now we’re pairing that with advanced technology and premium interior styling.

Although classified in the lightweight (compact) division, on first glance the Compass could well tip the scales into the middleweight class, such is the muscled body. 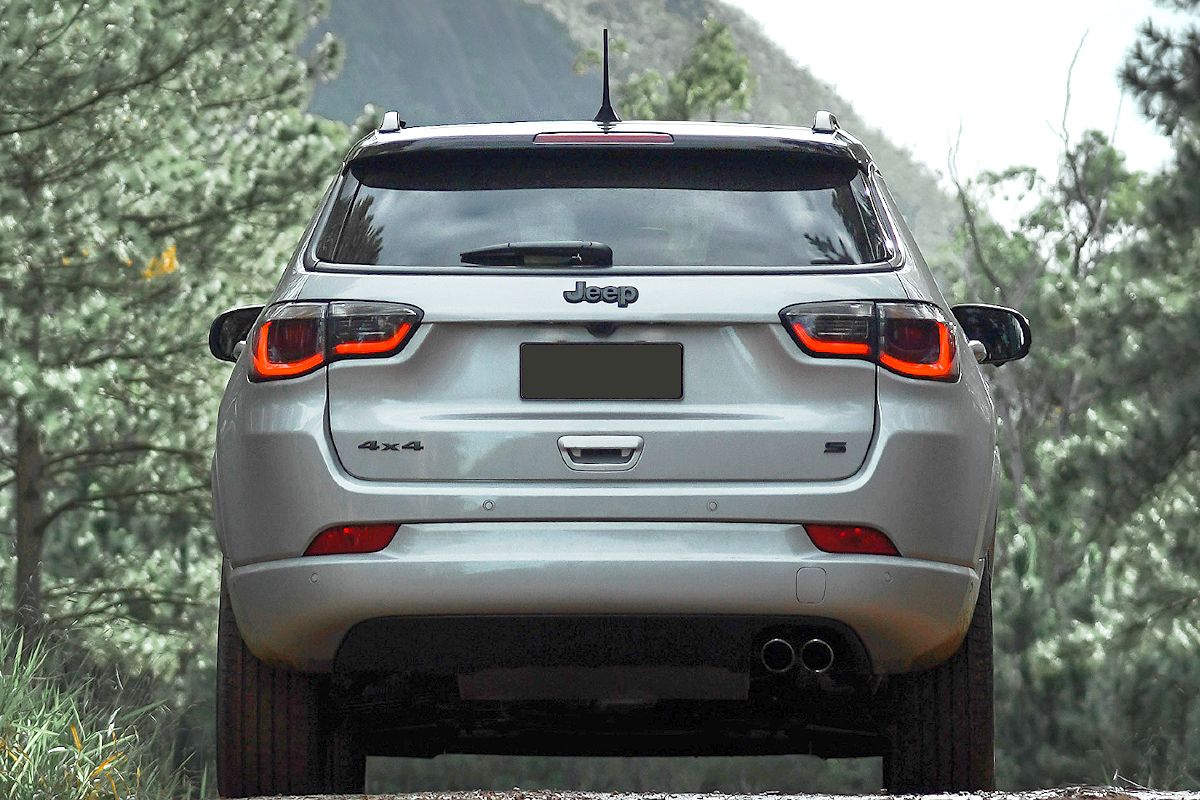 The updated range kicks off with the Compass Launch Edition 2.4-litre petrol, six-speed automatic, front-wheel drive, with a focus on technology, safety and convenience in an affordable package – $37,950, plus on-road costs.

On test was the Compass S-Limited.

The wagon maintains the traditional Jeep upright stance, restyled with sculpted surfaces and 3-D effect added to the seven-slot grille.

The once separate fog light housing is now integrated into a single opening in the front bumper.

Termed Neutral Grey by the maker, blink and you’ll miss them. Neutral, indeed.

Jeep’s genuine go-anywhere mid-range off-roaders, not generally known for their stylish, premium craftsman-like cabin interiors, have taken a turn for the better with the new Compass S-Limited.

Many elements of the cabin have been updated with special attention being given to the dashboard, centre console and door panels, all featuring quality materials.

Added to this in the test vehicle were black headliner and grey accent stitching in keeping with the striking exterior.

The controls are integrated and easy to reach, as is the touchscreen, which has been elevated to the top of the dash.

Storage has been expanded, with five litres of space situated under the centre armrest.

There’s an extra 2.4 litres next to the gearshift able to take a small tablet or the like.

The boot chips in with a massive 438 litres of luggage space.

Access is via a new automatic tailgate, which can be opened by making a kicking motion under the bumper.

The new Compass makes use of the new-generation Jeep Uconnect 5 system, based on a 10.1-inch digital touchscreen with access to music, apps, seat position, mirror angles and climate comfort levels, and frequent destinations, plus a ‘Valet’ mode. 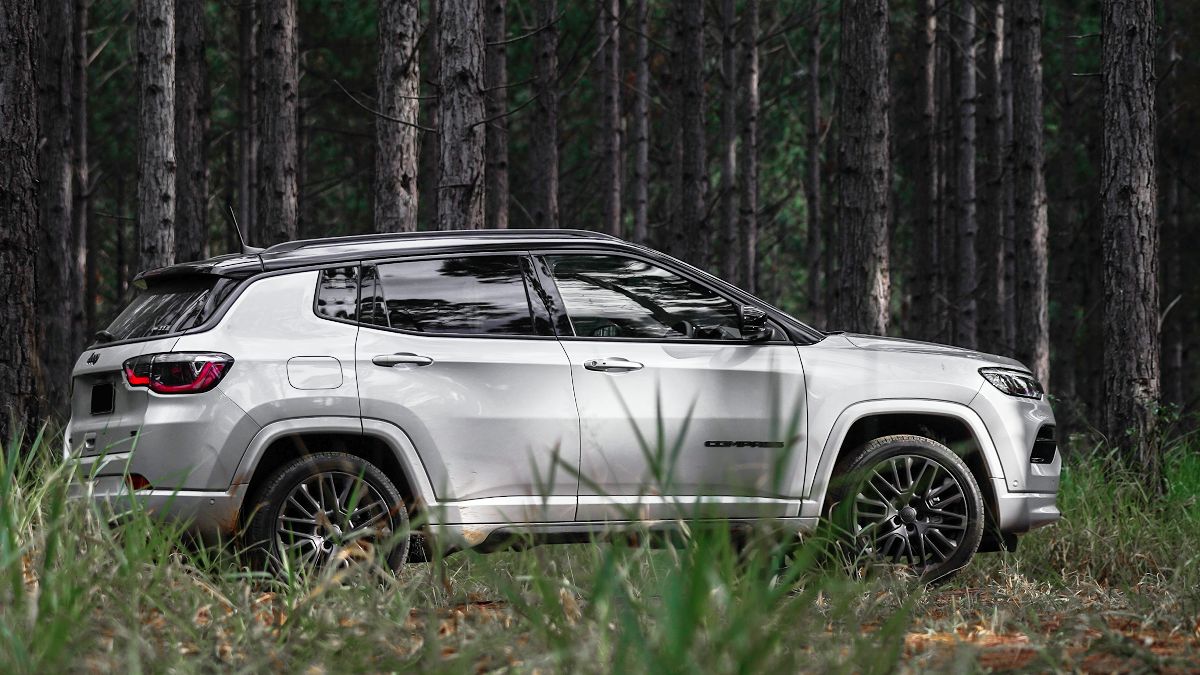 The Compass S-Limited 2.4-litre four-cylinder petrol engine went about a not-too-demanding workload with up to five occupants, plus their gear without much fuss.

Given a bit of a push off the mark, however, the odd gearshift was jerky but once up to cruising speed, the vehicle handled the bitumen and sections of gravel road with alacrity through efficient power delivery.

Steering was on the stiff side, even on smooth bitumen.

The test S-Limited recorded 10 litres per 100 kilometres across a range of driving conditions.

At night the front lighting shone in more ways than one.

The LED lamps are twice as bright as the previous Xenons, with greater depth of field and wider beam.

The seats were a trifle unwelcoming, being flat, firm and lacking lateral support, which could be a problem in rough going off road.

Head and shoulder space were more-than ample for average-size occupants. 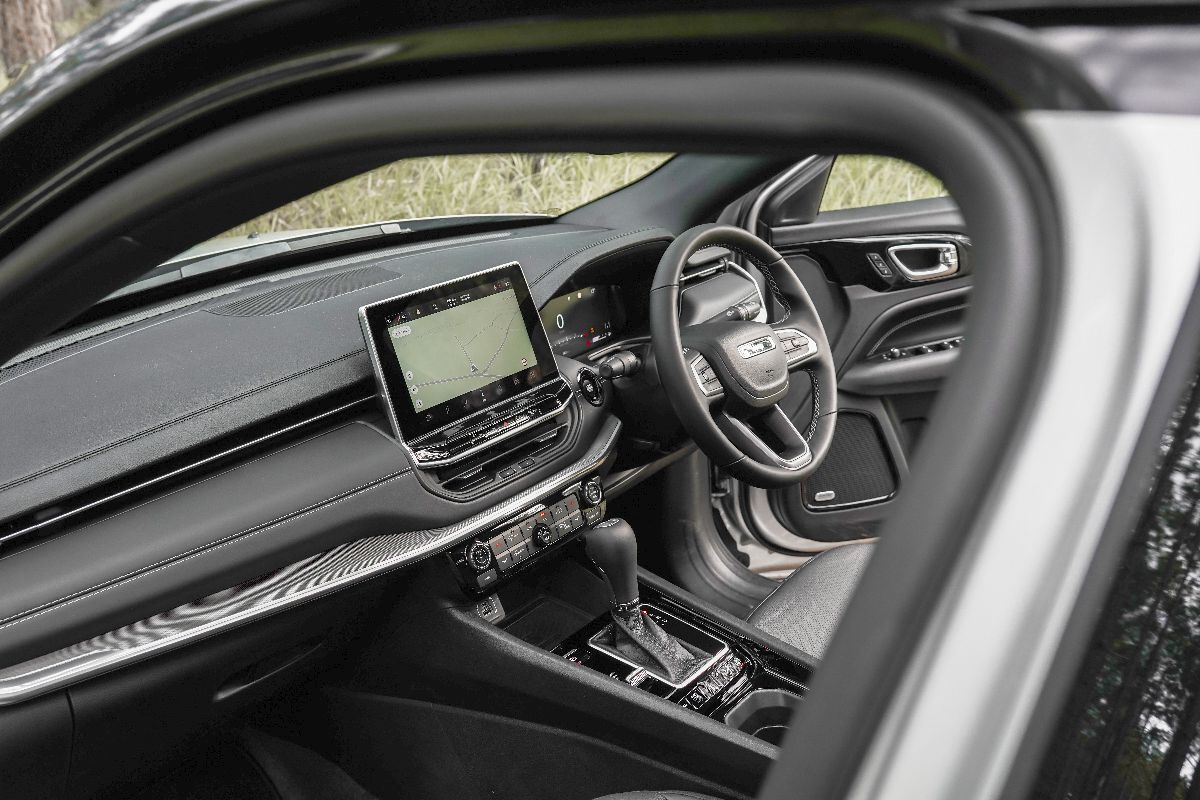 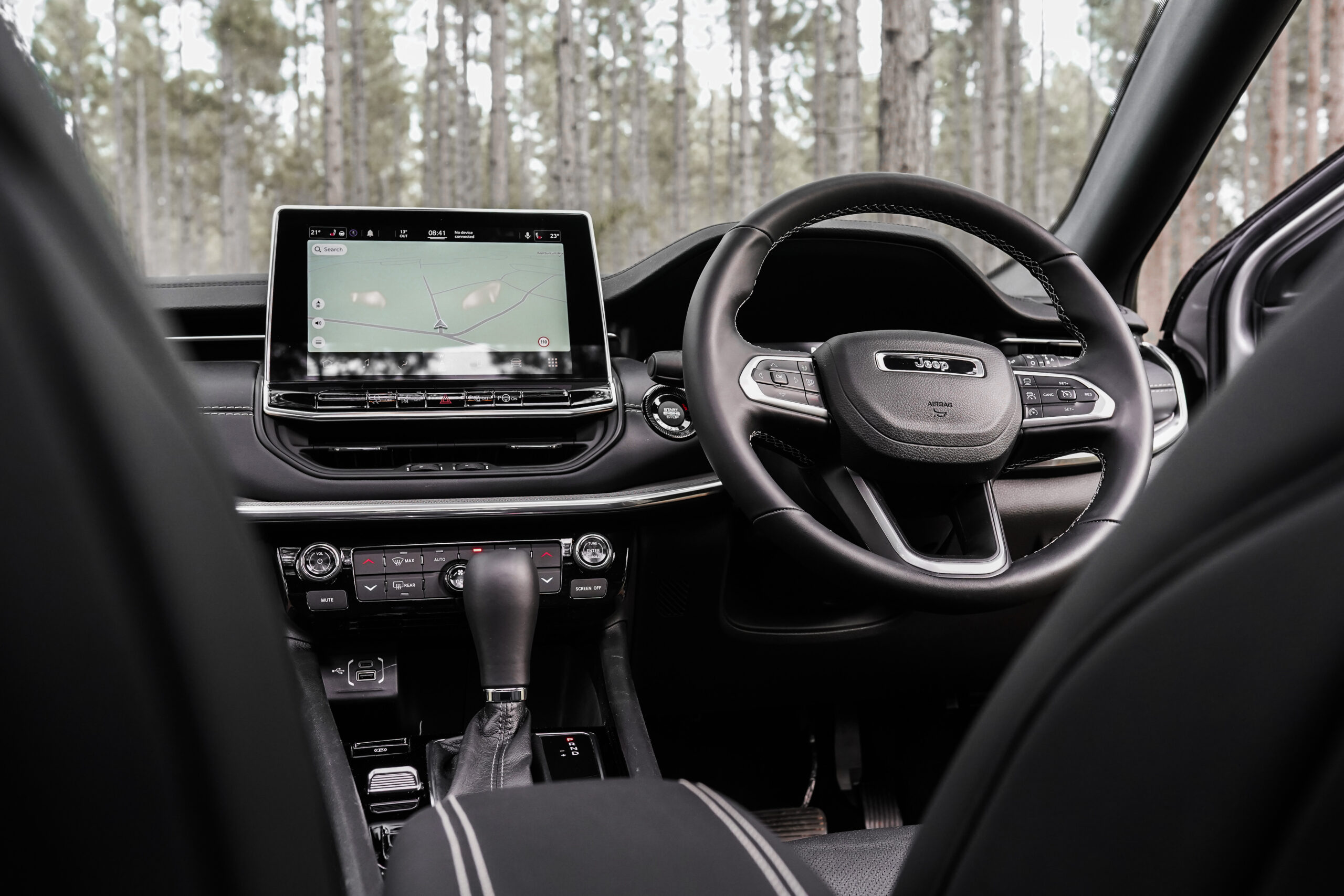 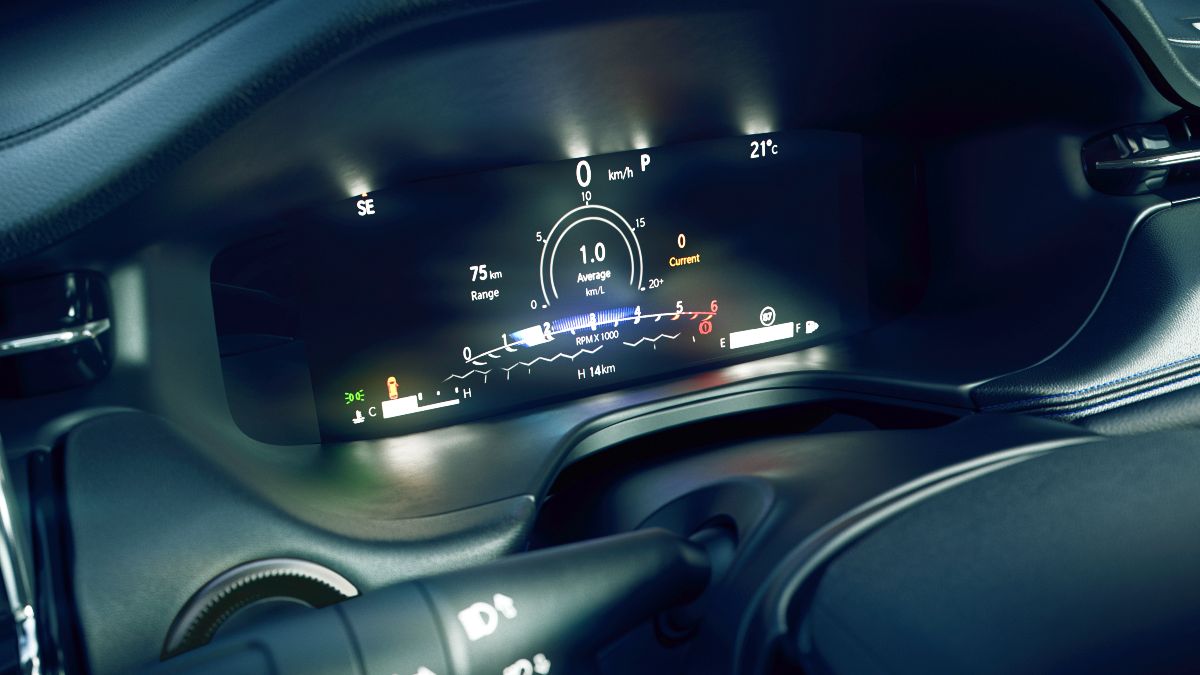 Jeep has realised it cannot rely on the company’s raw off-road credentials to match the sophistication of the modern compact SUV.

The Compass is heading in the right direction to take up the battle against some of the most competitive rivals on the planet. 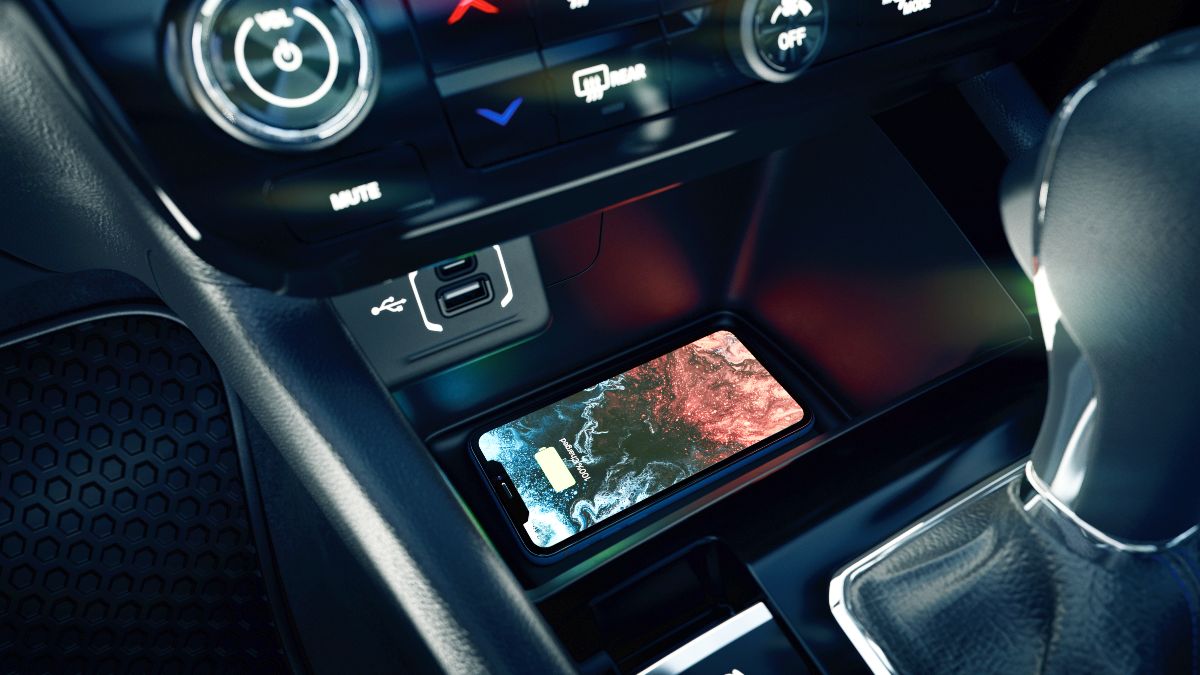 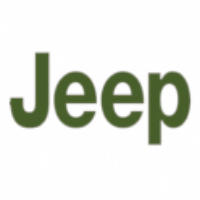