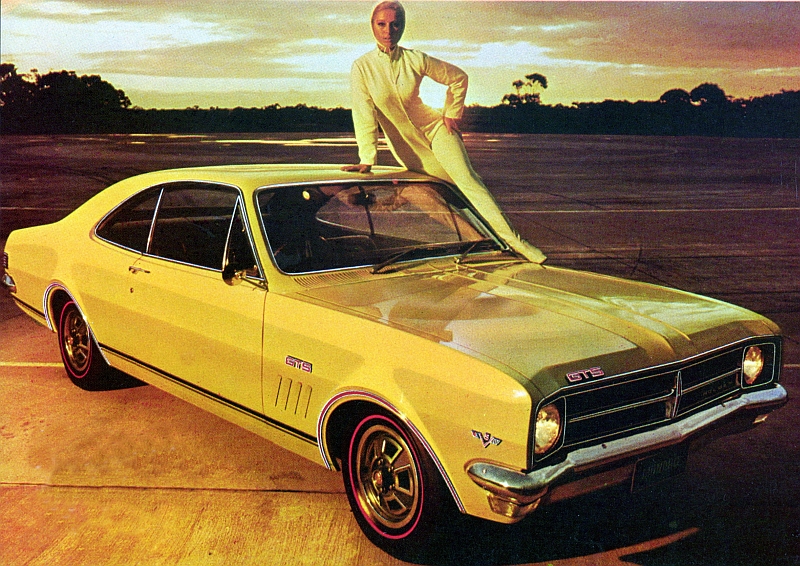 It will be 50 years since the original Holden Monaro was released come this Sunday.
To honour the occasion we’ve decided to declare Sunday National Monaro Day and we’ll be sharing memories of what is arguably Australia most iconic car.
As a young teenager I remember going to one of our town’s Holden dealers on a weekday evening just after their allocations of Monaros had arrived.
The showroom was crowded with people.
Salesmen, and they were all men back then, strutted around with obvious pride.
“I can’t believe this is a Holden,” was a commonly heard statement as people wandered among the cars in the showroom.

What potential buyers saw was not really a car, but the promise of a lifestyle and personal statement that very few Australians had ever dreamed was within their financial reach.
Not anymore.
Right in front of them was a roomy, drop-dead stylish, two-door hardtop coupe which had all the glamour and sex appeal of an imported Pontiac GTO, E-Type Jaguar or Chevrolet Camaro — at one quarter of the price (or $35 more than a Cortina GT).
The TV advertisement rammed the message home that “life was suddenly very Monaro”.
The advertisement depicted the car’s intended target market: a young family, an affluent-looking well dressed woman out shopping and a youngish guy with his girlfriend in a V8 GTS.
Right at the end of advertisement the price was revealed: Just $2575. “You can afford one” the voiceover guy said. Great style at a modest price! Australia’s first sports machine!
And just four months later it won at Bathurst, and scored the 1968 Wheels Car of the year Award.

What the public did not know was that the Monaro’s development was never guaranteed. Our small market made a low volume coupe a marginal business case at best.
Back in late 1963 Holden stylists Alf Payze and David Veltman, created renderings of an HD and HR coupe and convertible — if only to see what they would look like.
Things got more serious when work in the 1968 HK ranged commenced in January 1964.
An American, Ed Taylor, was given initial responsibility for leading the HK program.


The first proposal for the HK coupe (it had no name in 1964/65) was essentially a smaller version of the Chevrolet Impala coupe.
Taylor returned to the USA in July 1965 and was replaced by John Schinella. At 26 John was already on the fast track in GM design.
It was Schinella who moved the entire HK program toward what became the final design.
His philosophy was to borrow surface design ideas from all of GM’s future and current designs and blend them into the HK range where they made the most visual impact.
For the coupe styling he encouraged the design team to adopt the smooth flowing roof line and “monocoque” rear quarter panel similar to the Oldsmobile Toronado and upcoming (1968) Pontiac GTO.
It was an inspired idea because it meant when the Monaro was released it would be totally aligned with two of GM’s “hero” cars, which was no bad thing.
Yet all through the development process, the bean counters were questioning if it would make any money.

John Schinella, recalls “the original idea was that the Monaro was planned to only match the Falcon GT, and offer a small number of GTS-style models. But the range was broadened to include the basic models in order to make the business case.

“We also had to share the front end design with the sedans in order to make the coupe cost effective.”
It is now Australian automotive legend that the coupe was given its Monaro name at the suggestion of interior designer Noel Bradford.
The GTS label is attributed to Schinella.

Cars4starters editor Chris Riley will be celebrating the Monaro’s birthday on Sunday, along with his own — Riley turns 60 on Sunday!