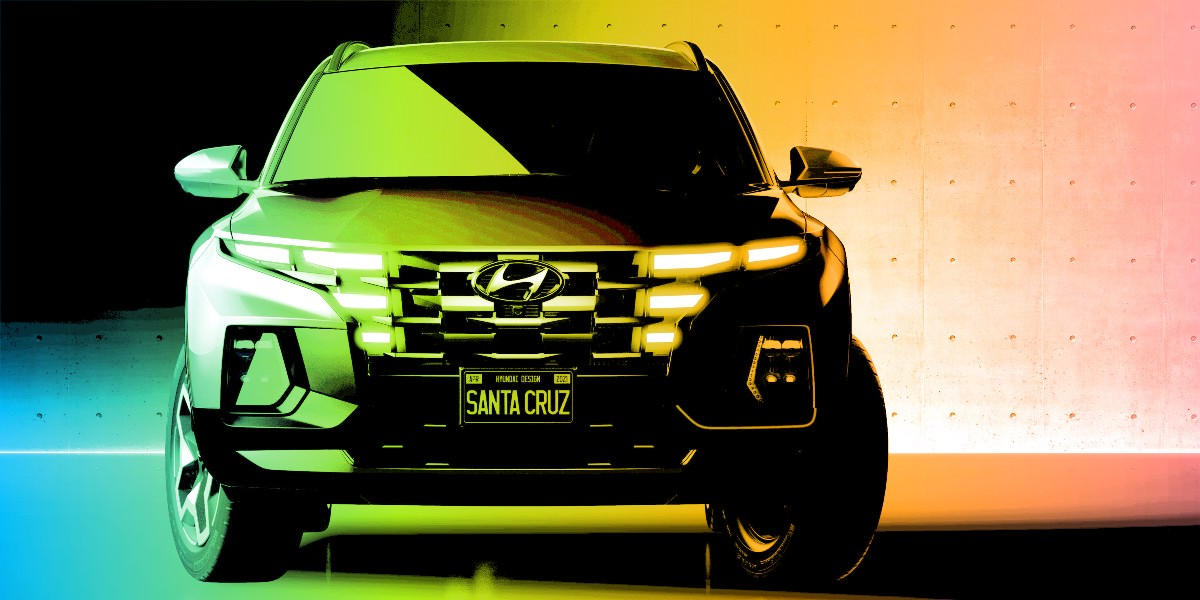 It’s been a long time coming but the hour is fast approaching for Hyundai’s highly anticipated Santa Cruz ute.

In the United States, Hyundai has just released the first teaser sketches of what it calls the Santa Cruz Sport Adventure Vehicle.

The company has been playing with the idea since the Santa Cruz concept made an appearance at the 2105 Chicago motor show, with plenty of renderings available on the net of what people imagine it might look like.

One thing is for sure it will have some stiff competition from the likes of the Toyota Hilux and Ford Ranger, not to mention the rest.

Hyundai says the 2022 Santa Cruz will break new ground within the SUV, Truck and Crossover segments by offering a new category of vehicle unlike anything else in the US market.

The Santa Cruz will be produced in Montgomery, Alabama this summer,” president and CEO of Hyundai Motor North America, Jose Munoz, said.

“Santa Cruz, with its bold styling, breaks open all-new segment territory, both for Hyundai and the industry as a whole.

“Open-bed flexibility coupled with closed-cabin security meets the changing everyday needs of its adventure-oriented buyers, while powerful and efficient engines and superb maneuverability ensure it is a pleasure to drive in urban or off-road environments.

“Our customers will wonder just how they managed before owning one.”

Santa Cruz is scheduled to make its Digital World Premiere on hyundaiusa.com at 9am on April 15 (US time) — 2am, April 16 on the east coast of Australia.

CHECKOUT: Hey, Kia! What about a ute?