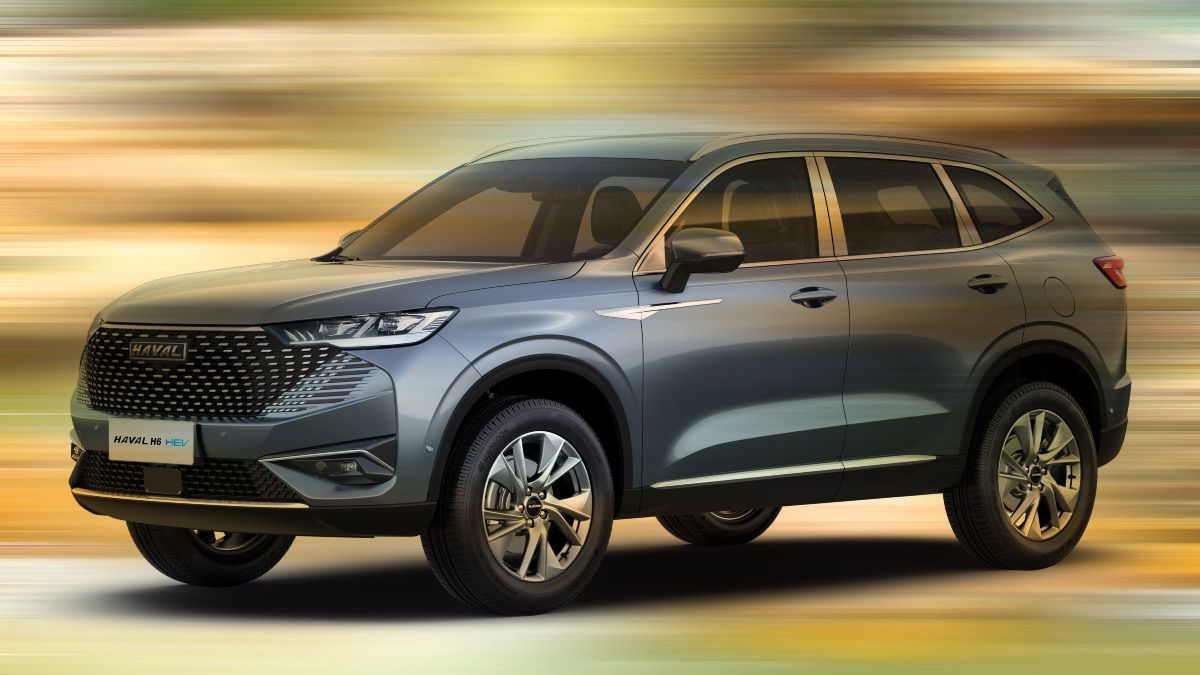 Haval’s first hybrid on its way

Home
Charging ahead
Haval’s first hybrid on its way

When the original Haval H6 was launched, we predicted it was a game changer.

Now in its third generation, Haval has added a hybrid to the lineup and its heading our way early next year.

Haval, in case you’re wondering, is part of the Chinese Great Wall Motors franchise, at least here in Australia — it actually became a separate company some time back.

Now in its 10th year, H6 is the number one selling SUV in China and has notched up more than 3.5 million sales internationally.

Haval claims a class leading 179kW of power and and 530Nm of torque.

With power to the front wheels and a two-speed transmission, the H6 is capable of accelerating from 0-60km/h in 3.7 seconds — an odd sort of claim, but there you go.

The two-door Haval H6S Coupe with the same drivetrain does the dash to 100km/h in 7.5 seconds.

Fuel consumption for the hybrid is a claimed 5.2L/100km.

The hybrid is said to combine impressive acceleration and performance at low speeds with improved efficiency and power at higher speeds, resulting in a driving experience similar to that of a fully-electric vehicle.

It’s the first model to be built on the company’s new ‘Lemon’ platform, a fact that the company understandably not terribly keen to publicise here.

Price and specification will be revealed closer to launch, with prices for the current model starting from $30,990.

It will have to be competitive with the MG however which is $46,990.

Facial recognition generates fatigue warnings, and has distraction and emotion recognition — not sure what the last is all about?

It stores personalised settings for seating, rearview mirror and air conditioning, and adjusts them accordingly when the driver enters the vehicle.

There’s also fully automatic parking system, including a remote parking using an app on your phone.

But the bit we really like is Auto Reversing Assistance, which remembers the path taken by the car for up to 50 metres and can autonomously reverse back along that path using the stored information.

H6 Hybrid is the company’s most advanced SUV ever and is the first model in the Australian lineup to feature alternative, new energy drivetrain technology.

Since its introduction in April, the new H6 has been warmly received by Australian new car buyers, with segment share reaching an impressive 4.6 per cent in July.

The addition of hybrid technology to the lineup is expected to broaden its appeal even further and further cement its place as one of the best new models in the highly competitive medium SUV segment.

Production of the new Haval H6 Hybrid commenced at GWM’s new plant in Rayong Thailand in June, but the Australian model will be sourced from China.

CHECKOUT: Just what we need, another ute — but it’s a Great one