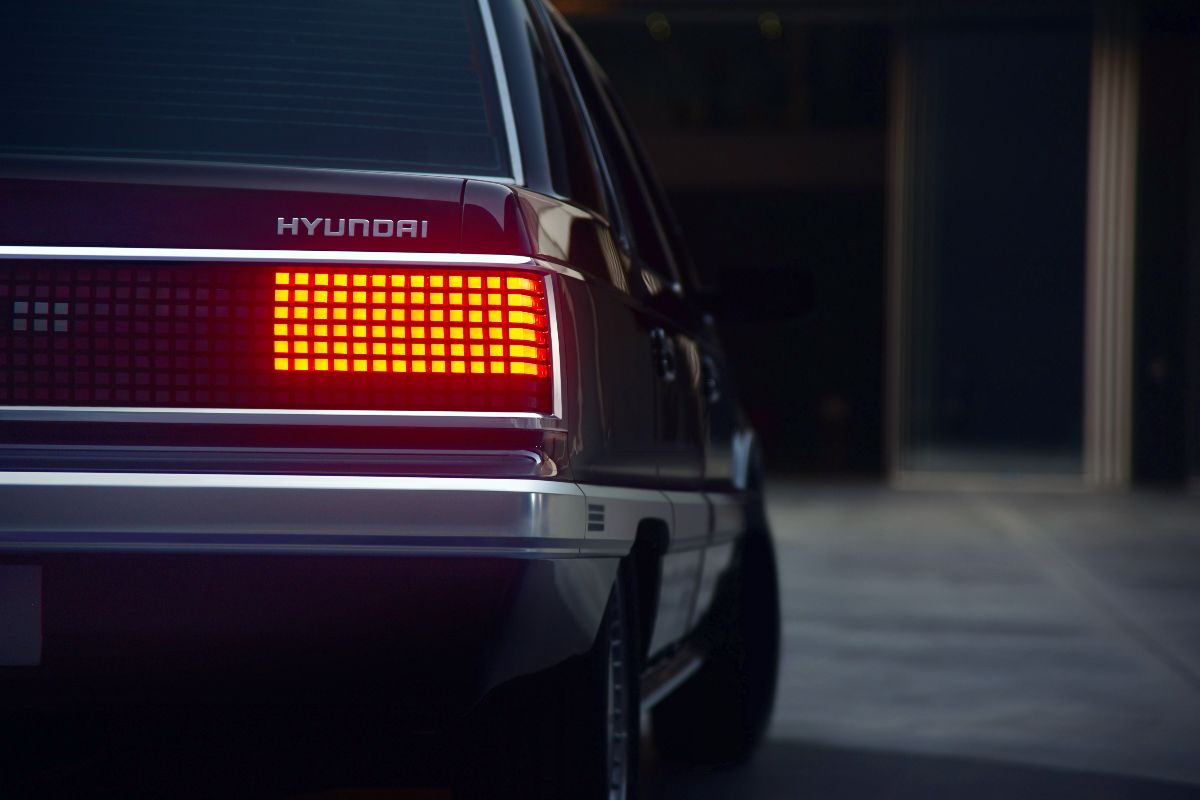 Grandeur bounces back, grander than ever

Home
Wheel life
Grandeur bounces back, grander than ever

Hands up who remembers the Hyundai Grandeur, the company’s first foray into the luxury market here in Australia.

Launched in 1999, it met with mixed reviews, but just about everyone poked fun at its incredibly floaty suspension.

It was so bad the car began to porpoise at the very sight of a speed hump.

Fast forward and Hyundai is celebrating the 35th anniversary of its 1986 flagship sedan, with the launch of an all-electric retro mod.

Hyundai’s Heritage Series Grandeur is a reinterpretation of the first-generation as an all-electric car, with the Parametric Pixel exterior lighting from IONIQ 5 and an ultra-modern interior wrapped in burgundy velvet and Nappa leather.

From the outside, the Heritage Series Grandeur displays most of its retro charm, but with tasteful updates.

These include new side mirrors, covered wheels, side cladding and the aforementioned pixel-style LED headlights and tail lights that hint at the electric powertrain.

For the luxe interior, designers applied a ‘Newtro (newness + retro)’ concept theme to stimulate the senses, with bronze-coloured lighting that is reminiscent of period audio equipment — and a modern audiophile sound system to match.

The front seats are fitted with burgundy velvet, inspired by the original Grandeur, with the unexpected twist of elegantly stitched and laced auburn Nappa leather on the back.

They replaced dials and buttons on the dashboard with an ultra-wide, touch-enabled flat-screen display, but maintained the ’80s vibe with a single-spoke steering wheel and jet-style gear selector.

It delivers rich sound with magnificent clarity and deep bass, thanks in part to the composition of Grandeur’s centre console and dashboard, which are based on concert hall acoustic theory.

Canyon concept cranks it up a notch

The soundbar’s piano function can be played through the audio system when the vehicle is parked.

A bronze-coloured beam of light that begins at the left and right ends of the dashboard extends around the cabin, penetrating the B-pillars, casting a flattering hue across the well-appointed interior.

‘Infinity mirrors’ reflect the light, giving the second row an even wider sense of space befitting a luxury saloon of the mid-80s zeitgeist.

Having reimagined its 1975 Pony and 1986 Grandeur as EV concepts, Hyundai designers will continue to rediscover the values of the legacy through its another Heritage Series.