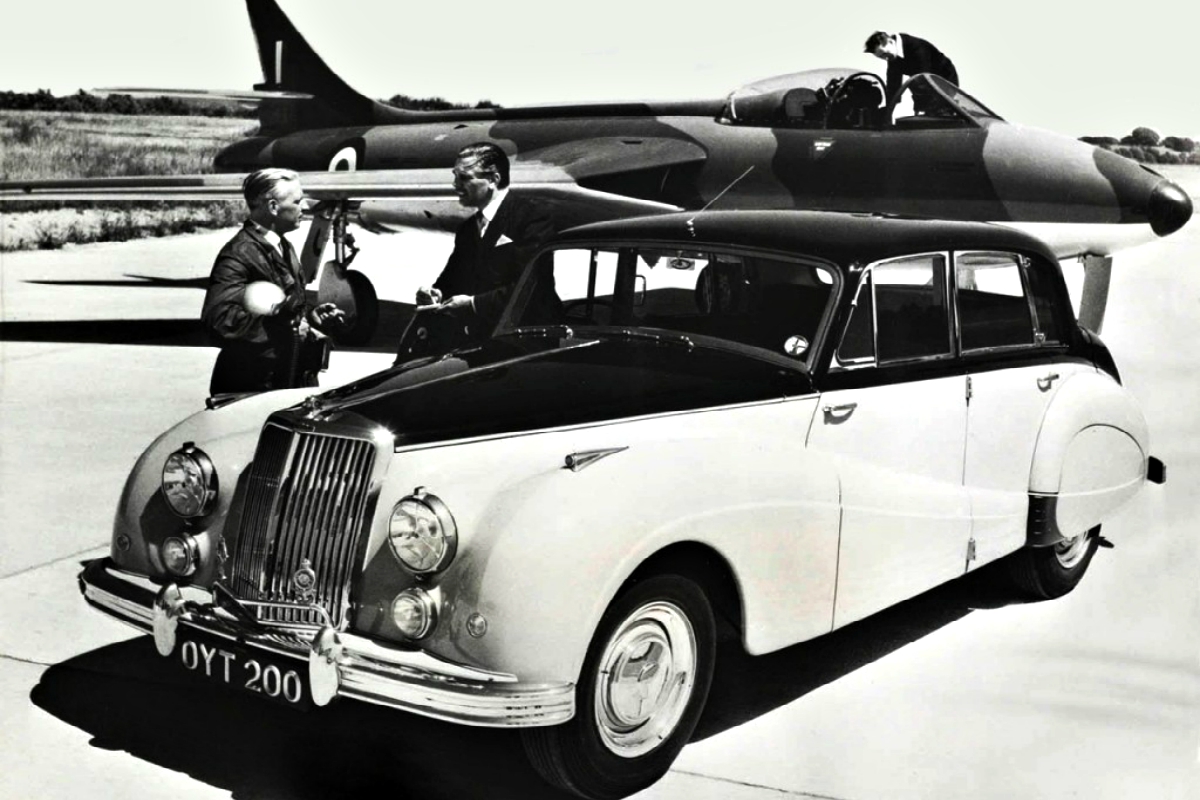 Gone with the Wind: Armstrong Siddeley

With the exit of GM from Australia and the taking down of Holden signs from dealership showrooms, it is sobering to reflect on just how many automotive brand names have disappeared over time.

For one reason or another they have failed to interest buyers and are now just part of forgotten history.

That said, some brands retain devoted followers through the decades.

One such brand is the venerable Armstrong Siddeley.

Owners of this marque have just completed a year long celebration of its centenary, quietly, of course, as befits an automobile of dignified British heritage.

Armstrong Siddeley was formed in 1919 with the amalgamation of Sir W G Armstrong Whitworth and Company and the Siddeley Deasy Motor Car Co. Ltd.

The company’s main business was aviation and the production of cars was on a small scale of one or two thousand vehicles per year.

During the 1920s and 1930s the company produced a range of cars from small family vehicles to large saloons, as the British like to call sedans.

The company was bought by Tommy Sopwith in 1935 and became Hawker Siddeley.

Just prior to World War II it developed and built the famous Hurricane fighter.

Armstrong Siddeley emerged from World War II in a position of considerable strength and was the first British manufacturer to release a range of all-new cars designed for the post-war era.

On May 11, 1945, just three days after WWII ended in Europe, the Hurricane two-door convertible and Lancaster four-door sedan appeared

High performance was not on Armstrong Siddeley’s agenda because it was not considered necessary for a “quality” car to be especially fast.

How it moved across the landscape was more important than power, or so the managers at Armstrong Siddeley thought.

If you wanted “Flash Harry” styling and power, then please be a good lad and buy one of those new sporty Jaguars.

But therein lay the genesis of the downfall of Armstrong Siddeley.

The Typhoon coupe joined the range in 1949 as did a utility, aimed primarily at the Australian market.

A new model, the Sapphire, was released in 1952 and it is this car which most Australians of a certain age tend to remember.

Big and round,  it had old fashioned styling and separate front mudguards at a time when the world was moving quickly to the “envelope” design of automobile.

In 1955 the company confused everyone when it released two versions of an all-new, smaller Sapphire, called the 234 and 236.

The 234 used a four-cylinder engine.

The 236 had a six cylinder, with 30 per cent less power than the four.

The idea was that the 234 was supposed to entice younger buyers to the brand who wanted a luxury sports sedan. You know, the Flash Harrys.

The 236 was intended to be a “gentleman’s carriage”– dignified, smooth, not too fast and understated.

And, to make sure potential buyers were utterly confused, the larger older car was given more bling and renamed as the Star Sapphire 346.

The public did not warm to these new Armstrong Siddeleys and to the casual observer they looked the same.

Cars were a distraction and the car industry was now very competitive and required increasing investment to re-fresh existing models and develop new ones.

Exiting was an easy call.

And so it was that Rolls-Royce bought Hawker Siddeley in 1965.

CHECKOUT: Put these car museums on your bucket list