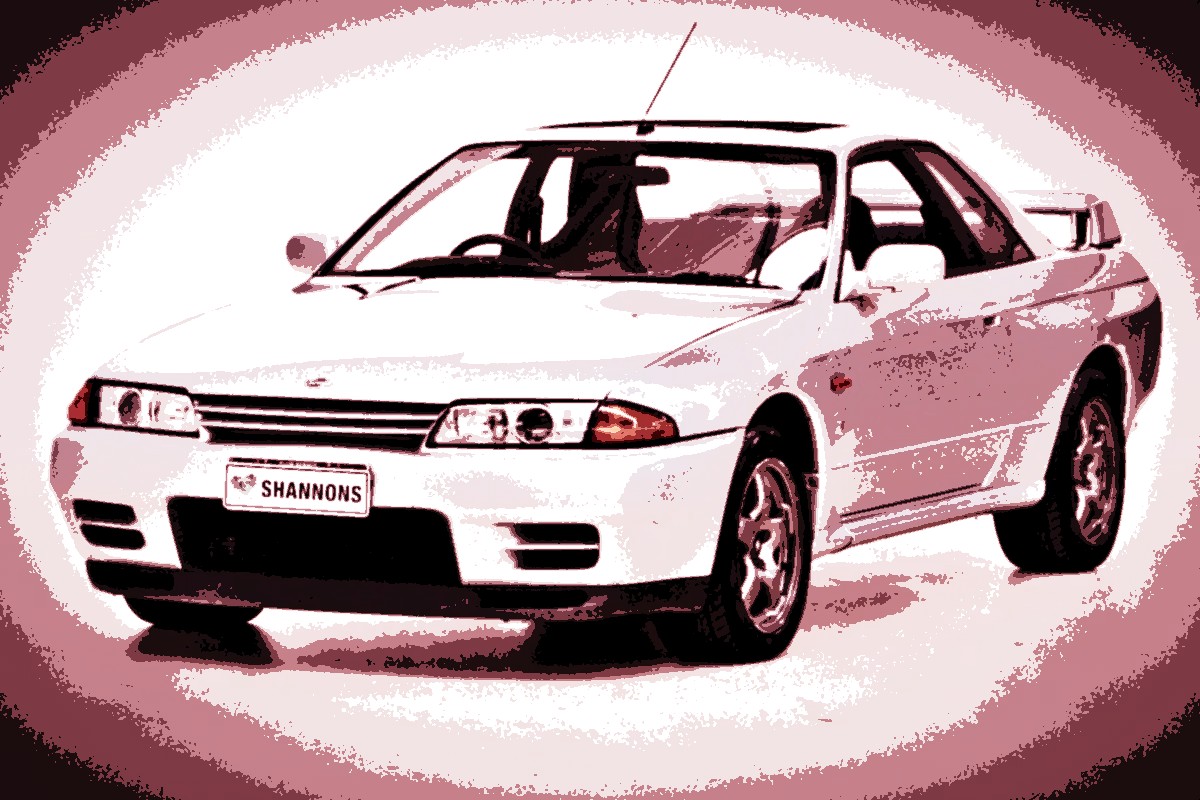 It was conceived with just one object in mind, to dominate Group A Touring Car racing.

Unveiled in 1989, engineers came up with the most sophisticated Japanese car to date, one that combined a DOHC 2.6-litre in-line six, with all-wheel drive and all-wheel steering.

Conservatively rated at 206kW in road-going form (real output closer to 224kW), the R32’s hi-tech RB26DETT engine was capable of achieving more like 373kW or 500bhp in full race spec — thanks to twin turbos and four valves per cylinder.

Nissan’s homologation special was clothed in typically understated bodywork that belied its performance.

Indeed, an R32 held the unofficial lap record at the legendary Nürburgring in Germany.

Despite attempts to throttle the car, drivers Mark Skaife and Jim Richards were able virtually to win at will.

Ford and Holden fans at Bathurst may not have appreciated the Nissan’s dominance at the time, but the R32 certainly earned the respect of the Australian motoring public.

Shannons is offering one of these cars  – number 17 of 100 – at its next auction which gets underway on August 31.

With 169,676km on the odo, the metallic silver GT-R has been owned by the same family for the past 21 years.

And, in an ironic twist, the vendor was actually Holden’s motorsport manager during the Skyline’s reign of terror.

He managed its Commodore program, battling these R32s in the Australian Touring Car Championship.

The car is in need of some attention, but has always had quality mechanical maintenance, as verified by its books and history.

Finished in well-worn Jet Silver metallic paint, the body has some small dings, the paint is worn off the exterior mirrors and is chipped in places.

An aftermarket Goldi steel sunroof has been fitted which the a fussy buyer might choose to delete.

Correct factory alloys are kerbed and would also benefit from refurbishment, as would the grey velour interior which is complete but a little tired.

The car comes with a large hard-cover folder that includes workshop manual excerpts, media articles and most importantly plenty of receipts.

Previously on Victorian club registration, this Skyline GT-R R32 is being sold unregistered and with no reserve.