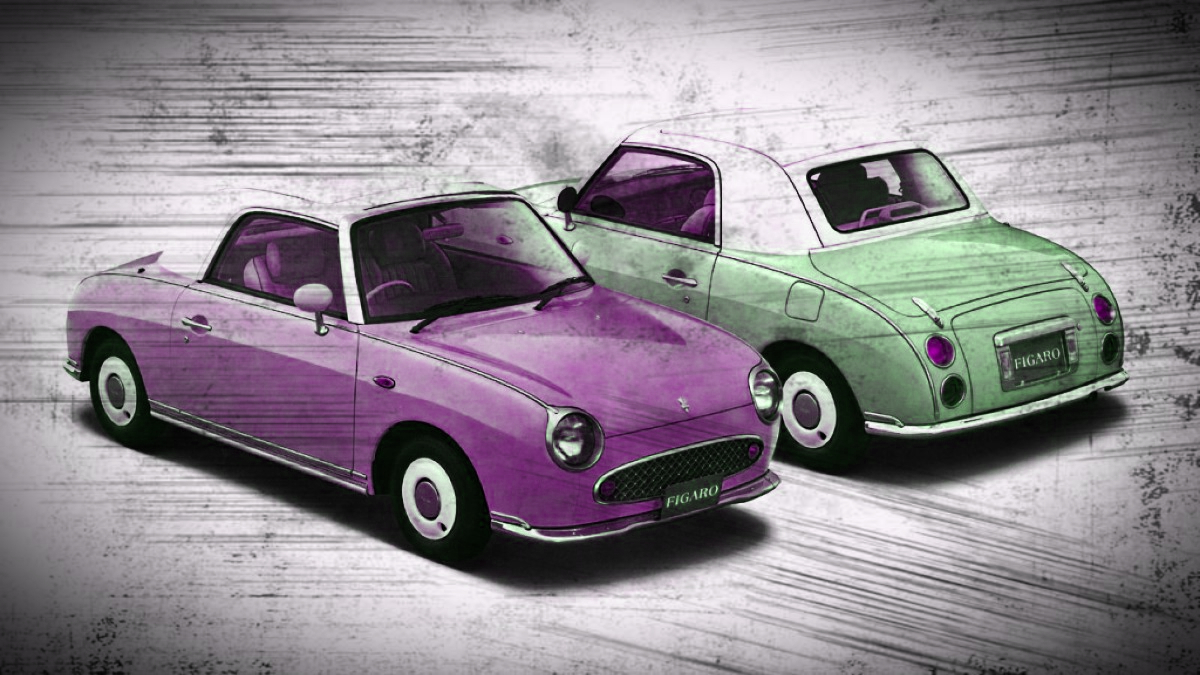 Figaro — Nissan had it all figured out!

Home
Wheel life
Retro autos
Figaro — Nissan had it all figured out!

It is 30 years since Nissan held a lottery for the chance to buy a brand-new “old” car — the Figaro.

The Figaro was one of the first “retro’ styled cars that sought to proclaim their difference by applying iconic design themes from the past.

Nissan thought it could sell all of the 8000 Figaros it had built.

Yep, the lottery was widely oversubscribed.

And they sold every one of them, too.

Intended only for Japan, these little cars have become a coveted classic worldwide.

The Figaro was first appeared as a concept at the 1989 Tokyo Motor Show.

Its styling had that 1950s micro car look about it, reflecting the Vespa 400, Fiat Topolino and especially the Autobianchina Transformabile.

The production car was based on the Nissan Micra and boasted leather seats, air conditioning and a retractable vinyl roof.

Power came from a 1.0-litre turbocharged engine linked to a three-speed automatic gearbox.

It was not that Nissan was caught off guard by the demand for the Figaro.

The response to their 1989 S-Cargo van was an indicator of demand for retro-styling.

It was a sell out, so they knew what they were getting into when it came to the Figaro.

More to the point, the Figaro and S-Cargo gave other car makers the notion that retro-styling could be a winner.

Daihatsu quickly developed the Copen coupe and it is still on the market.

Chrysler’s nod to the 1940s, the 2001 PT Cruiser, delivered 1.35 million sales during its decade of production.

They sold in Australia in four door and convertible form.

The 1998 “new” VW Beetle was another to attempt to cash in on the nostalgia train.

The car had its design genesis at VW’s California styling studio in the Simi Valley, north east of Los Angles.

It was built in Germany, Mexico and Vietnam, in coupe and convertible formats, and sold just over 1.1 million units.

But not every car that is draped in panels of the past attracts buyers.

The hot rod inspired Prowler went to a mere 11,000 buyers during the five years it was on the market.

I liked the styling of the Thunderbird but Ford dealers could only sell 68,000 of them.

It seems there is a fine line between retro chic and retro kitsch.

Those inside the motor industry tell me it is a very fine line indeed.

But, getting back to the Figaro, there are a number in Australia, all imported of course.