General Motors’ 1973-77 Colonnade mid-sized “A” bodied cars are often dismissed by so-called classic car “experts” as an example of 1970s American gas guzzling excess and not worthy of a second glance.

As regular readers of Cars4starters no doubt expect, I don’t agree with that opinion.

I think they are stylish automobiles and their sales achievements speak to their success where it matters most: car buyers.

The Colonnades are cars of their era, large and heavy, but with the added bonus of many safety features that are mandatory in cars today.

So, what’s with the name Colonnade?

My research has so far not identified who it was who gave them the name, though all indicators point to GM’s marketing department.

However, I do know why.

The styling of the Colonnades began in mid-1968, with a planned release for October, 1971.

The overall theme was influenced by the US Government’s impending safety/emissions laws that included minimum rollover strength requirements, energy absorbing bumpers and side beam intrusion bars.

The new laws motivated GM to ditch is pillarless hardtops and convertibles because the company was not willing to invest the money to engineer new models to meet the new regulations.

Although GM’s styling teams were not happy that these new laws would restrict their design freedom, they chose not to follow a conservative approach when re-shaping the sheet metal.

The outcome of the stylists’ work was striking and, some thought, controversial.

The curvaceous body was described as “Americanised European.”

The Colonnades boasted a thick B pillar and frameless door glass which was rounded at the top and etched with thin chrome trim that emphasised the upper door shape and B pillar.

Gone was the traditional and noticeable rain gutter, which always defined, and continues to define, the lower edge of the roof, separating it from the pillars, door frames and glass.

The absence of the defined rain gutter allowed the stylists to visually integrate the roof and B pillar.

The thin chrome surround trim on the door openings gave the visual impression the doors were cut into the roof, while the roof reached down to the belt line via the B pillar.

This is where the Colonnade styling “language” originated.

It is an architectural description for a row of pillars.

Integrating the roof and pillars was not a new styling device.

Custom built luxury cars of the early 1930s — the 1938 Cadillac, Sixty Special, 1941 Cadillac built for the Duke and Duchess of Windsor, and 1948 Tucker — are just some of the automobiles that feature this idea.

Frameless door glass on a pillared car was not new idea either.

Citroen’s 1955 DS featured the design as did Ford’s 1961 Lincoln Continental sedan plus the Galaxie/LTD, Torino, Mercury and Lincoln models from the 1970s.

READ:  Milford was made for dummies

The Colonnade coupes had fixed rear side windows and two rooflines: semi-fast back and formal notchback.

The formal roof line was a derivative of the 1967 Cadillac Eldorado.

Traditional quarter vents were eliminated across the entire range, except for the wagons which had a small quarter vent window next to the D pillar.

The sedans had fabulous all-round vision.

The coupes? Well, not so much.

And the rear seat was cramped.

Mind you, very few people ever sat in the back seat of these coupes.

The Colonnades were large and heavy cars despite their mid-size positioning.

The Buick sedan was only nine inches (229mm) shorter than the famed length of the Buick Electra 225.

Despite the interchangeable underpinnings, the four Colonnade brands looked different enough to satisfy the buying public.

Although many motoring writers were not enamoured by the curves, the Colonnades had mass appeal to buyers.

By any measure these were profitable and successful cars.

During four years on the market, GM sold 5.8 million Colonnades.

Of these 3.45 million were the premium priced Oldsmobiles and Buicks, with Oldsmobile achieving 2.15 million units.

This result put Oldsmobile into third place in the US market, and during 1973-1977 the Cutlass was America’s best selling automobile.

The Colonnade styling theme was copied by Ford, Chrysler and American Motors in the USA and by Japanese makes Mazda and Toyota.

The mid-Seventies Mazda 121 coupe, which was sold in Australia, is almost a clone of the Chevrolet Chevelle.

That major car makers followed the Colonnade theme is a stark reminder of how influential GM once was. 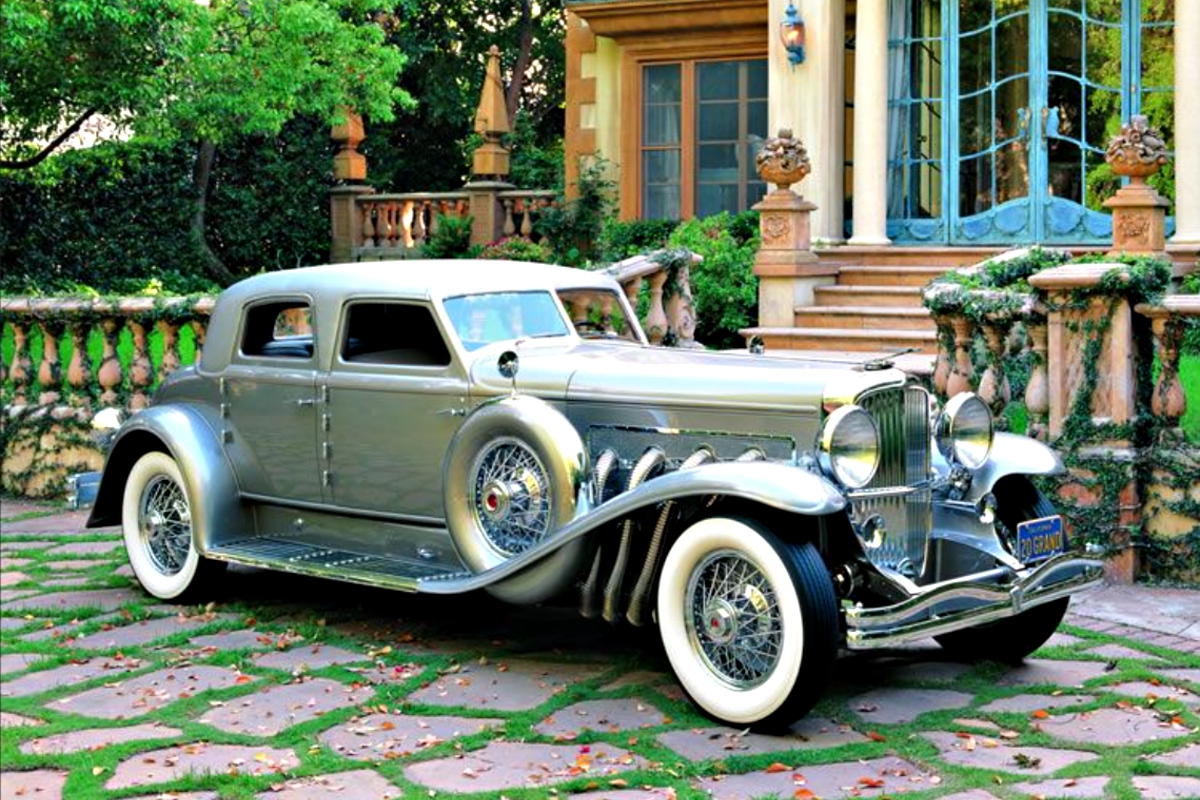 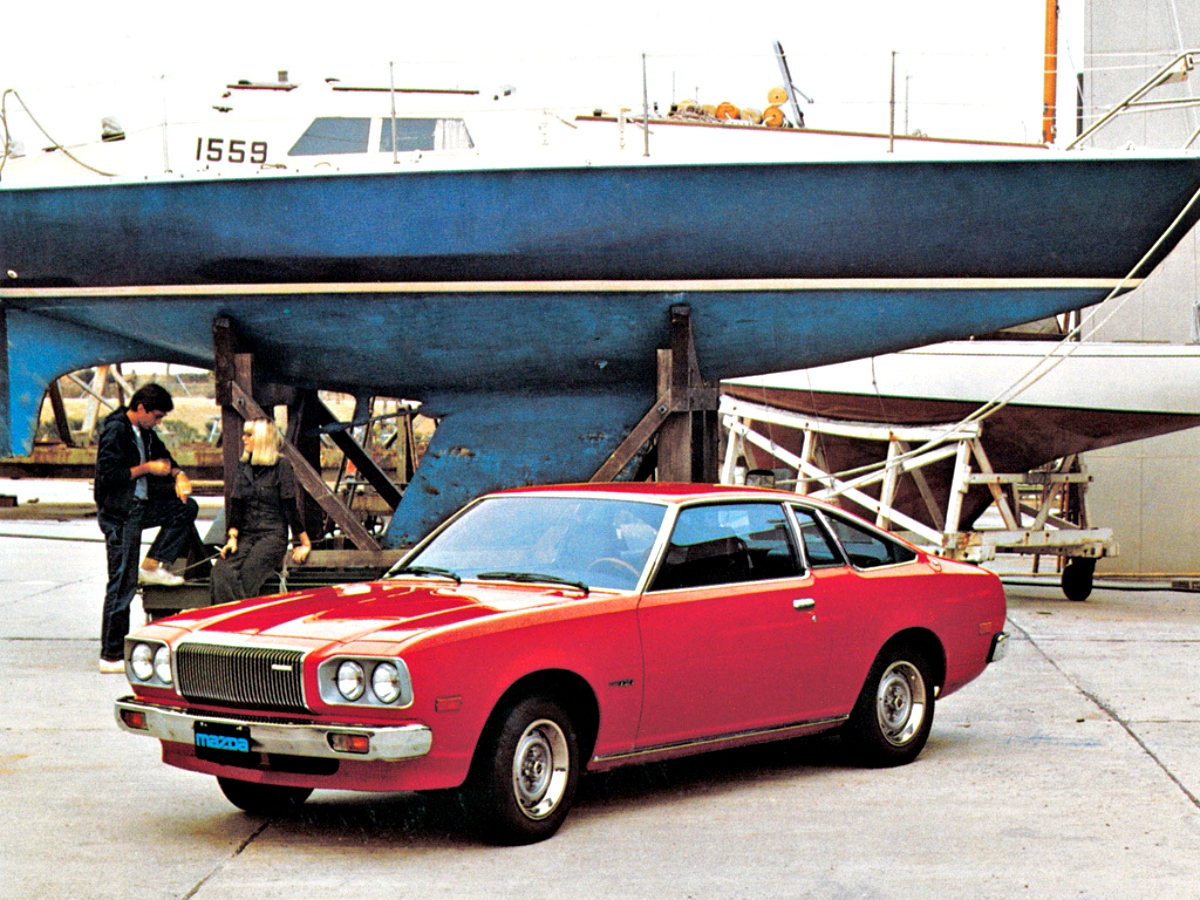 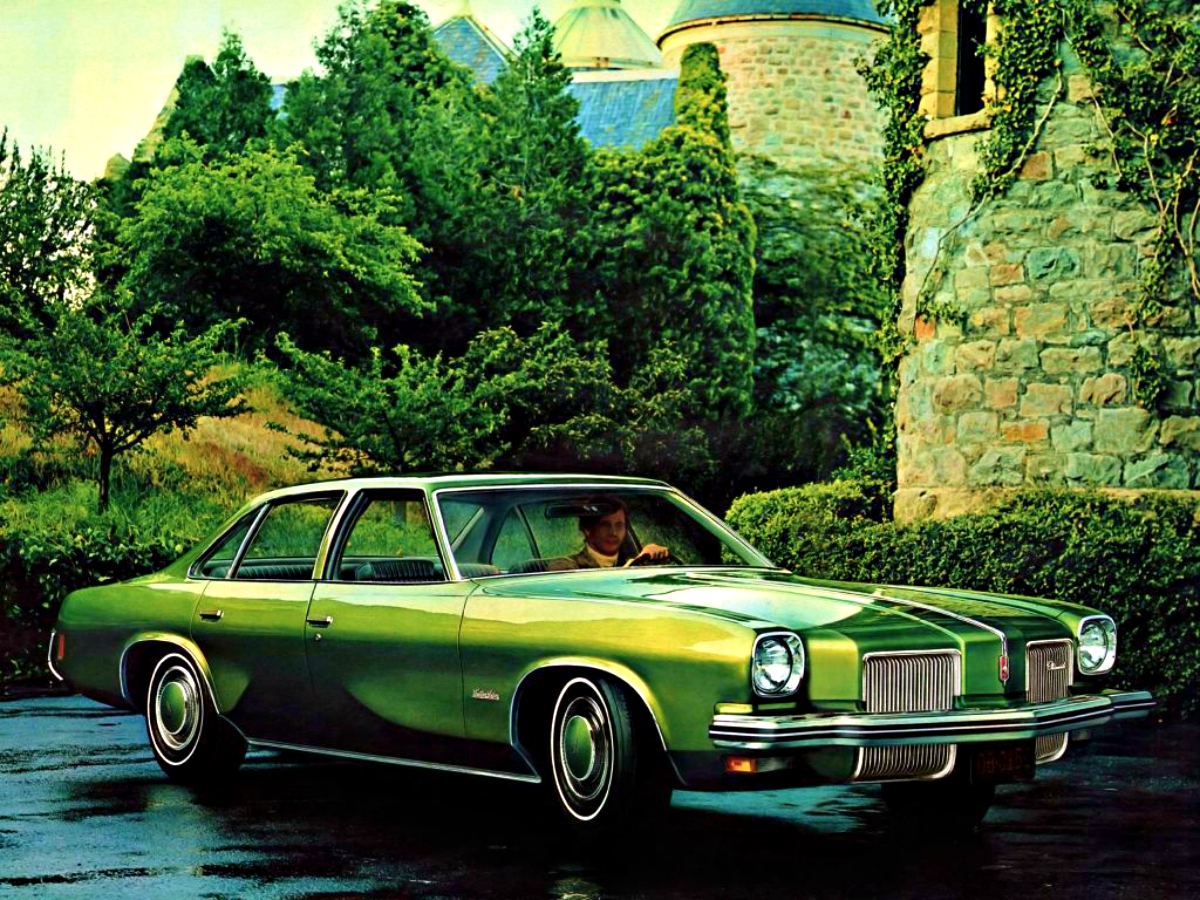 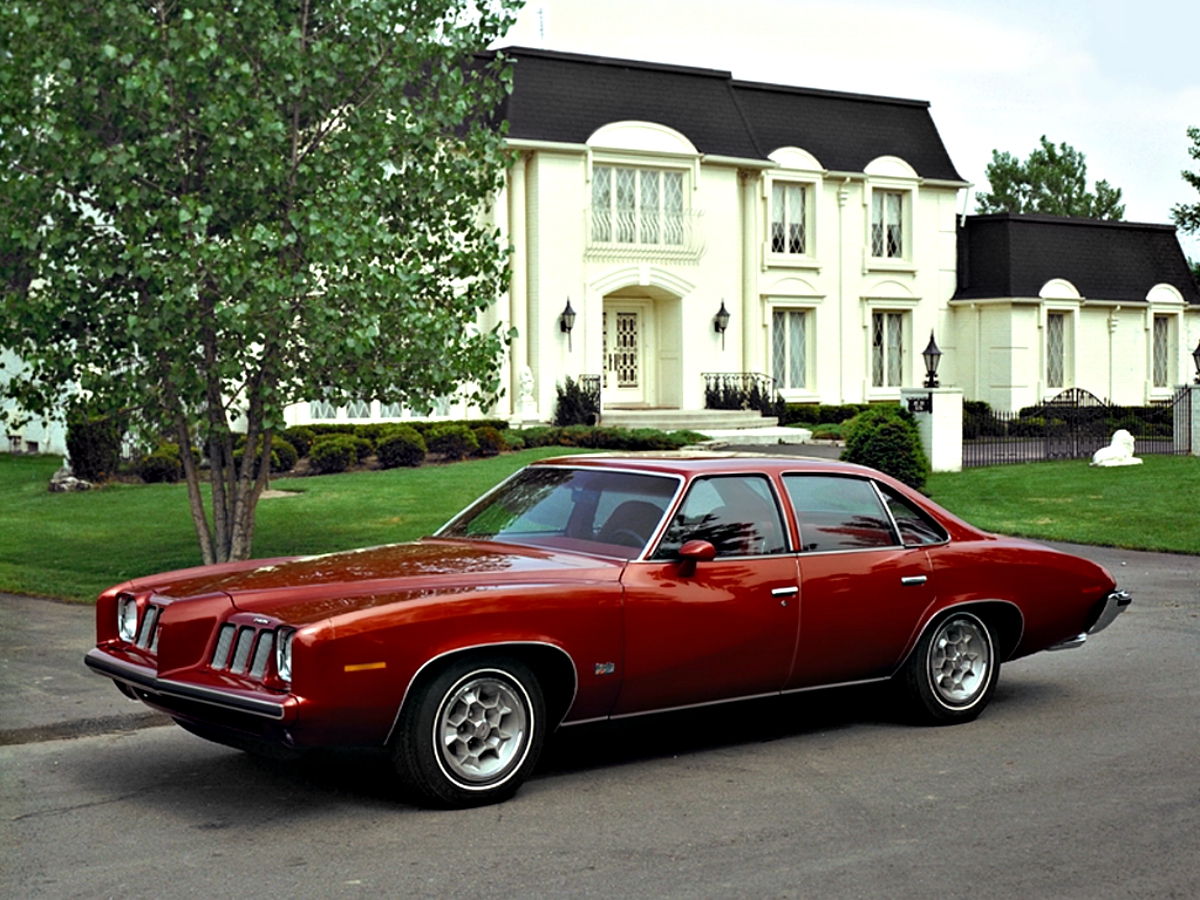 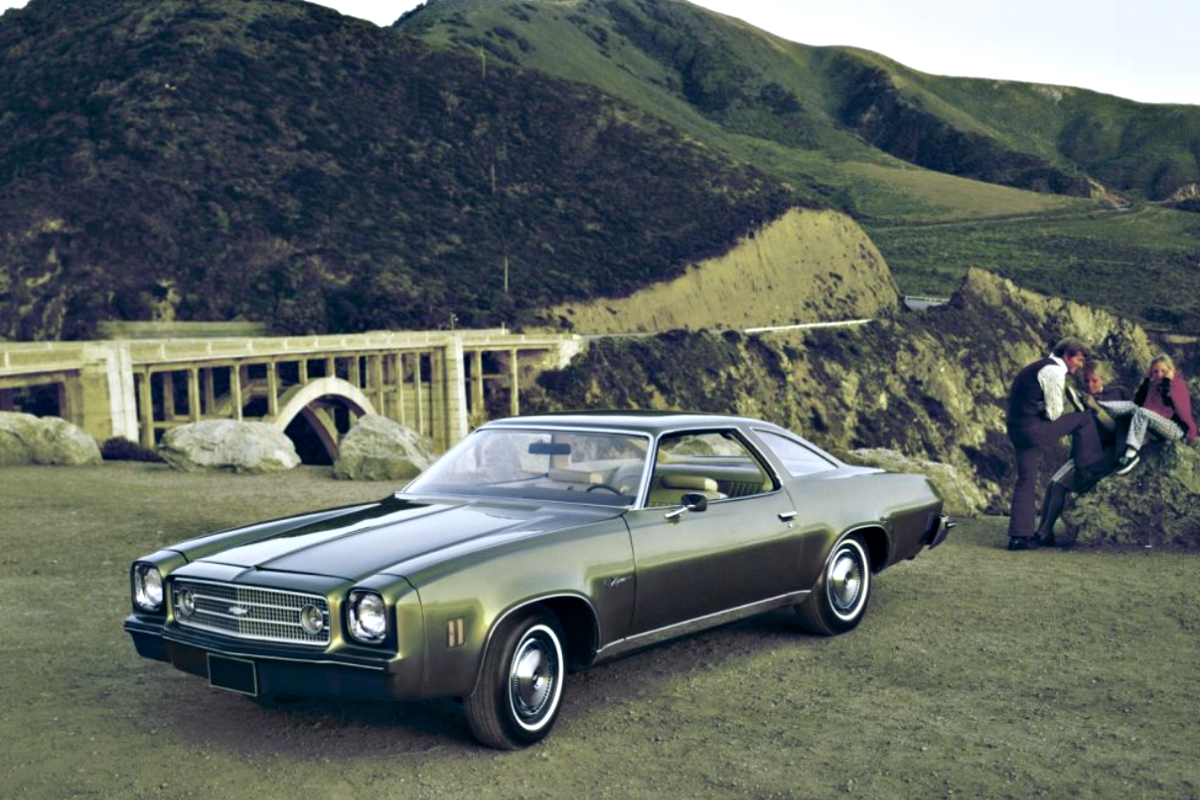 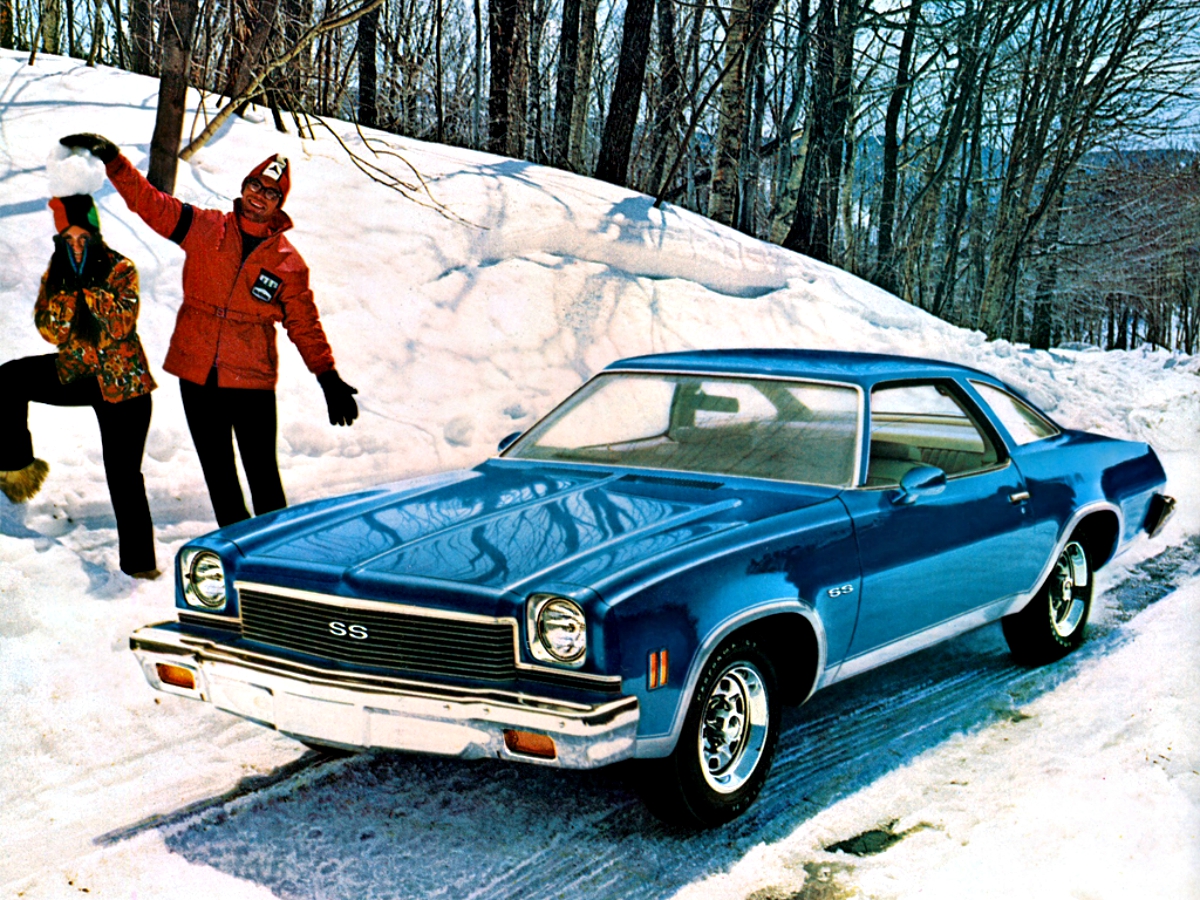 The legend of Kennedy’s Lincoln