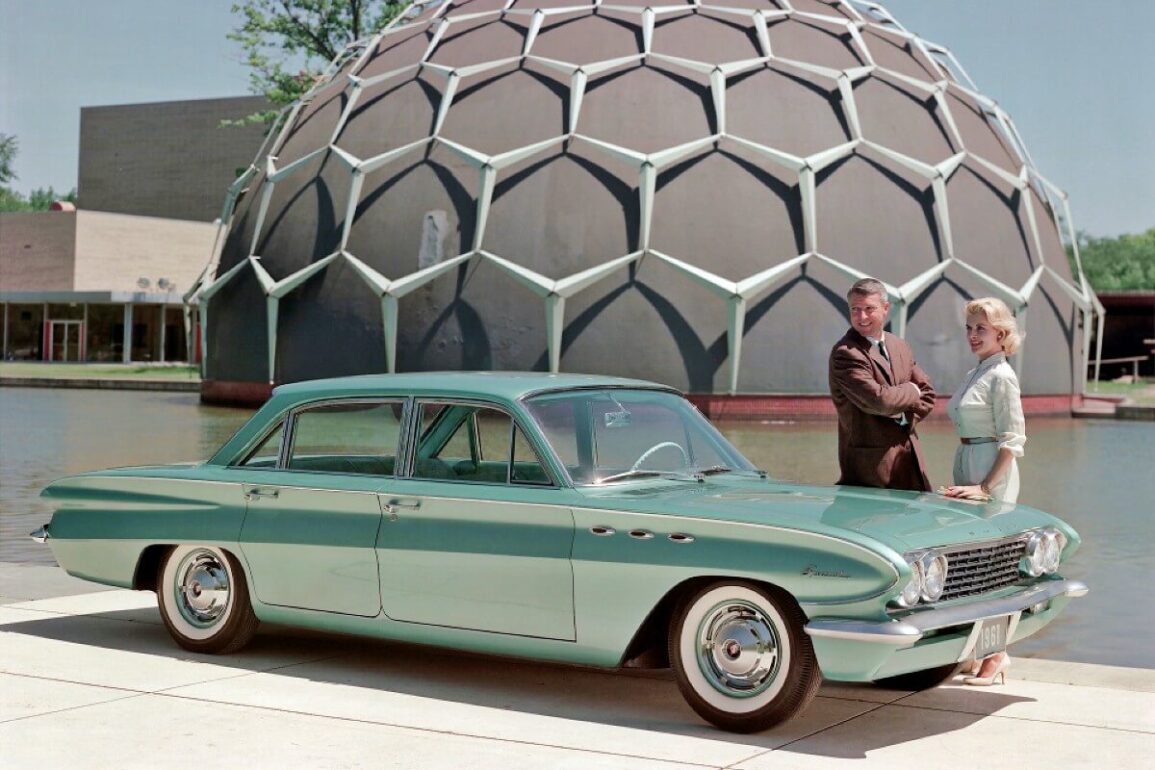 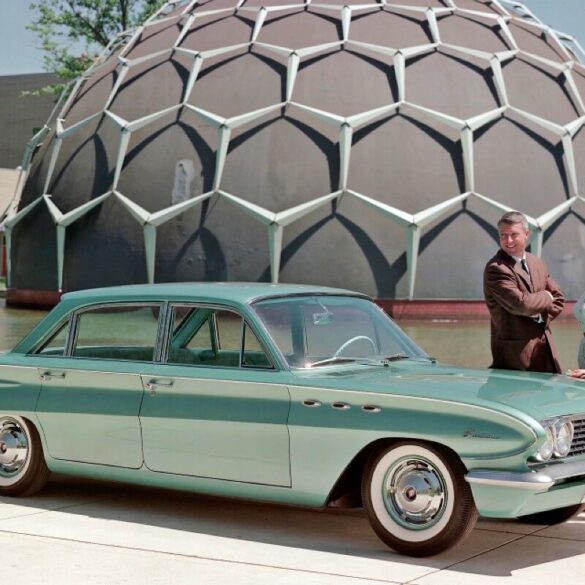 There’s no getting away from the fact that 1961 was General Motors‘ biggest ever year to date.

GM released 83 different models, all of them new.

In addition to its full-sized line of cars, it unveiled three new innovative “senior” compacts — the Pontiac Tempest, Buick Special and Oldsmobile F-85.

Using the same “Y” unitary body and 112 inch/2845mm wheelbase, GM’s designers were able to give each of the cars its own identity.

It was the car the division’s chief engineer, John Z. DeLorean (the same), believed GM should have championed instead of the Corvair.

Pontiac boss “Bunkie” Knudsen had firmly rejected a Pontiac version of the Chevrolet Corvair, which was to have been called Polaris.

One of the primary reasons was that Corvair’s rear engine compartment could not be configured to take a V8.

And Bunkie’s strategy for Pontiac was all about “wide track” style and horsepower.

The Tempest came standard with a 195 cubic inch/3.2-litre slant four-cylinder engine, created from half of Pontiac’s 389 cubic inch/6.4-litre V8.

It could produce up to 155bhp (116kW), which was a considerable output for such a “small” car in those days.

By comparison, the 1961 EK Holden could barley boast half that output from a six cylinder engine.

The Tempest rode on 15-inch wheels.

By any measure, it was a seriously advanced car for the time, with none of the Corvair’s handling issues.

The Oldsmobile F85 and Buick Special made do with a conventional four coil suspension system and 13-inch wheels.

It was the engines where the innovation was focused.

Buick matched the power upgrade with its own high compression and four-barrel carby version.

The engine was also available with the Pontiac Tempest.

The Oldsmobile engine was used as the base of the famed Repco-Brabham F1 V8.

Rover acquired the rights to the Buick V8 after GM lost interest in it, and we all know the story from there on.

Anecdotal evidence suggests GM’s decision to position them as upsized compacts rather than downsized large cars worked against the brand in the minds of buyers.

Had they been described as “intermediates” or “mid-sized” then the outcome might have been different, as Ford showed one year later with its new Fairlane.