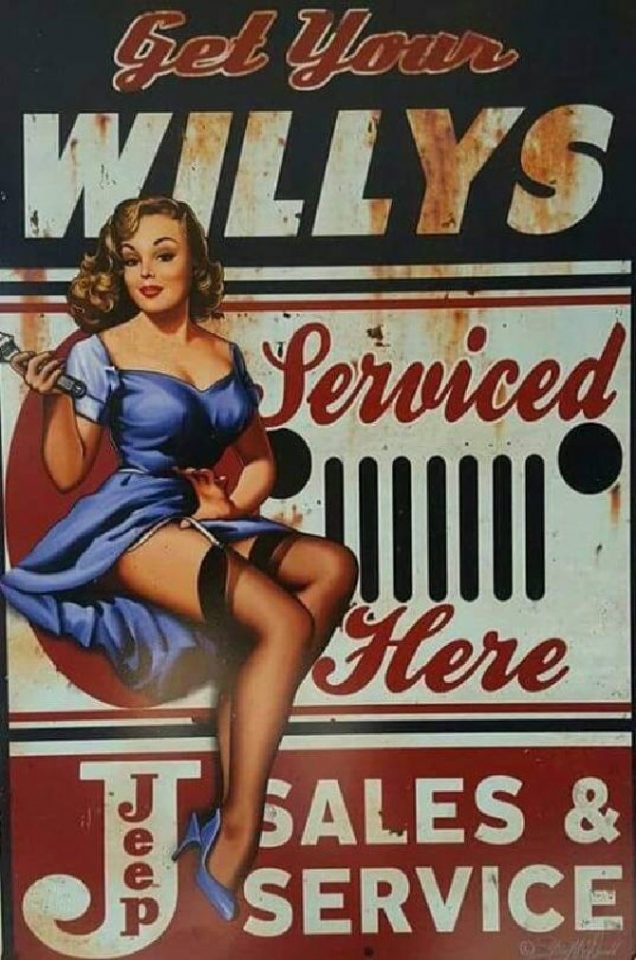 You can grab one of these babies online for your man cave.

Willys was a brand name used by Willys-Overland Motors, an American automobile company best known for its design and production of military Jeeps (MBs) and civilian versions (CJs).

Production of the Willys MB, better known as Jeep, began in 1941, shared between Willys, Ford, and American Bantam. 8598 units were produced that year and 359,851 units before the end of World War II.

The origin of the name “Jeep” has been debated for many years. Some people believe it’s a phonetic pronunciation of the abbreviation GP – for General Purpose that was by the Army.

Colouring in not just for kids

In total, 653,568 military Jeeps were manufactured.