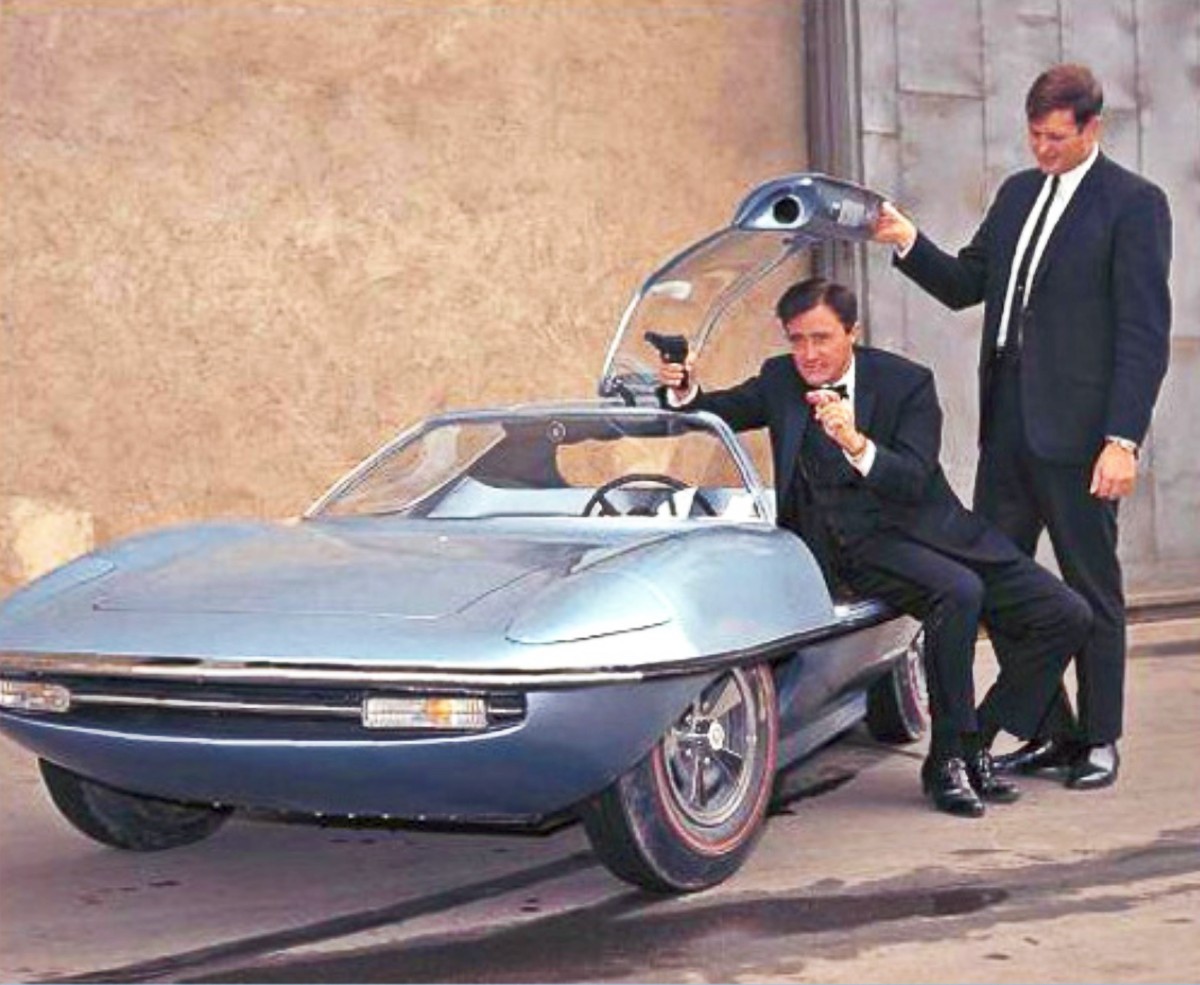 Gene put bite on producers to use Piranha

Every TV show seems to have a car linked with it and the 1964 series The Man from U.N.C.L.E. is no exception.

For those not familiar with the show, it was a hit American production about secret agents, no doubt inspired by the prevailing Cold War with the Soviet Union.

U.N.CL.E. (the good guys) fought a never-ending battle against THRUSH (you guessed it, the baddies) who was hell bent on conquering the world.

The name was an acronym and stood for the United Network Command for Law and Enforcement which spearheads the fight against the enemies of peace.

Unlike the CIA or MI6, however, U.N.C.L.E. was a global organisation, with agents from many countries and cultures.

The show’s co-creator, Norman Felton, sought advice from none other than author Ian Fleming, the man who created the character James Bond.

The show ran for four seasons and 105 episodes, from 1964-1968 and starred Robert Vaughan as Napoleon Solo and David McCallum as Illya Kuryakin, with support from Leo G. Carroll as their boss Mr Waverly.

Originally, the plan was to call the show Ian Fleming’s Solo, (later just Solo)but Russian agent Kuryakin resonated with fans — so the two became partners and the name was changed (not sure why it wasn’t the Men rather than The Man from U.N.C.L.E?)

The first season was produced in black and white, the rest in colour.

There was even a spinoff, The Woman from U.N.C.L.E, starring Stefanie Powers as agent April Dancer, who was to have been one of the main characters in the original concept.

But, getting back to the car in question.

Some episodes in season three and four featured a special car with number plates UNCLE.

It was a modified Piranha Coupe — a plastic-bodied concept built in limited numbers by Hollywood custom car designer Gene Winfield.

To put this in perspective, plastic was starting to be used for bodywork in the production of cars during the early 1960s.

But plastic manufacturers wanted a larger slice of the action and Marbon Chemical, a division of Borg-Warner, decided the best way to achieve this would be to build an entire car out of plastic.

They hired a young designer named Dann Deaver to come up with a design which had to be “thermoformed” out of a Marbon material called “Cycolac.”

Deaver’s design was not only compatible with the molding process, but the striking new style still looks modern today.

The designer was also co-founder of Centaur Engineering, which was in the motor racing business.

With the resources of Marbon, and the expertise of Centaur, the first plastic prototype was constructed in late 1964 and displayed at the SAE convention in Detroit in January, 1965.

This prototype was called the CRV, short for “Cycolac Research Vehicle.”

It was a two-seat roadster with wrap-around windscreen and featured a rear-mounted, four-cylinder water-cooled engine.

The chassis was based on the Centaur race car tubular frame.

A second version, the CRV-II, was powered by a six cylinder Corvair engine.

Maron was not interested in building cars itself and sold the rights to AMT based in Michigan, who hired Gene Winfield to do the work.

Turns out Winfield had already been approached by the producers of the U.N.C.L.E. series to build a special car based on a Dodge Charger.

Instead, he suggested they use the Piranha as the basis for the car.

Bubble style windows were later fitted after the actors complained of a lack of headroom.

And, like the car of any self-respecting secret agent, it came with an array of concealed weapons.

Machine guns, a mock laser beam, twin-flame throwers concealed in the front grille, mock rocket launchers built into the door, with rear rocket thrusters and a parachute mounted behind the license plate.

There were also propellers for amphibious travel, plus an infrared TV and a revolving wood-grain dashboard that housed radar and sonar screens.

But getting in and out of the car, especially when action sequences demanded it, was no easy task.

When the series ended, AMT and Marbon parted ways, and Marbon wanted its original chassis back.

Gene Winfield and his staff reportedly stripped the body and spy gadgets and rebuilt the car on one owned by AMT.

The Marbon chassis got a new, stock Piranha body.

During the rebuilding of the car, Winfield apparently made some minor changes.

The original door locks, mounted on the outside of the doors, were removed and a new latching system installed.

The join between the the body and rear part of the roof was also molded to remove the join and make it look like a single panel.

The Piranha made the rounds of custom car shows, but eventually turned up rusting on blocks in Colorado, minus the engine.

It was resurrected when Bob Short, a fan and Academy award-winning makeup artist from Los Angeles, found the car and restored it to mint condition.

For a comprehensive history of the Marbon CRV take a look at Nicholas Whitlow’s website.

As an aside, The Man from U.N.C.L.E. series was so popular that props, costumes and documents, along with a video clip are in the Ronald Reagan Presidential Library and Museum’s exhibit on spies and counterspies.

Similar U.N.C.L.E. exhibits can be found in the museums of the Central Intelligence Agency and other US intelligence agencies.

During filming of UNCLE, Vaughan was allowed time off to complete his Ph.D in Communications at the University of Southern California. He died in 2016 at the age of 83 from leukaemia.

McCallum, who the Royal Academy of Dramatic Art (also in London), where Joan Collins was a classmate, is still very much alive is probably better known these days for his role in NCIS as medical examiner Dr Donald “Ducky” Mallard.