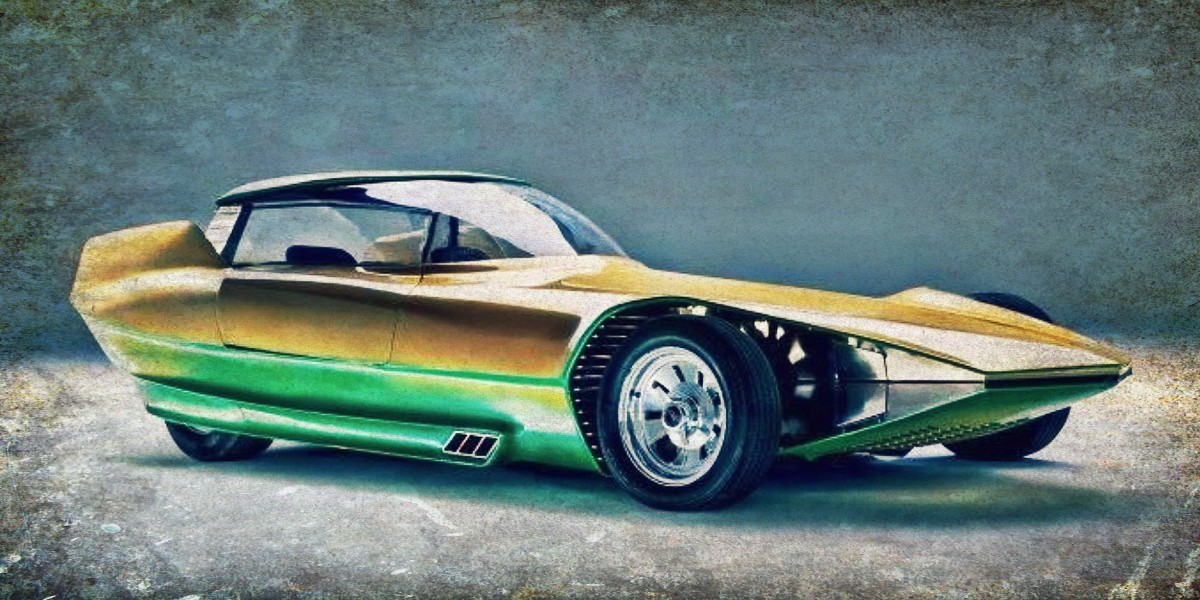 Back in the day I was a huge fan of the Volkswagen Beetle.

I learned to drive in one and I owned a ’76 for more than 10 years, on which I wasted way too much time and money.

An old German bloke, probably as old as I am now, talked me into hot rodding the car.

He had been a VW apprentice and knew his stuff. The result was staggering.

My old Beetle, the last of its kind in this neck of the woods, was transformed.

That’s what hot rodding is all about. It’s taking the mundane and turning it into something extraordinary.

The reason I’m telling you about Wolf — I think that was his name — is because it reminded me of another guy who took a Beetle, pulled it apart and  and recreated it as something entirely different.

Winfield created many cars for Hollywood productions, including the spy toys for  Maxwell Smart’s Sunbeam Tiger (really an Alpine).

Then there was the Reactor, a car that got a run in no less than four television series: Bewitched, Batman, Star Trek and Mission: Impossible.

It was initially commissioned to promote an indoor rod and custom car show in Hartford, Connecticut.

Designed by Ben Delphia of The Art Center College of Design, it was later renamed The Reactor and  entered The Reactor in the 1966 Grand National Roadster Show where it won the Tournament of Fame Award.

The car featured a four wheel fully independent self-leveling suspension from a 1956 Citroën DS and a 425 hp flat six engine from a Corvair.

It was a front wheel drive vehicle, and it ran inboard spot disc brakes.

The car could be raised and lowered with a load leveling device which allowed a minimum ground clearance of four inches up to nine and a half inches.

Completed in 1965, the first version was painted in metallic green and gold metal flake.

The second version, The Reactor II, was copper orange.

It ran on 910 x 15 Firestone tyres, made for racing at the Indianapolis Speedway.

The tyres were mounted on wheels of special design with air vents for better cooling.

“I put the car in an open trailer and I towed it straight to Hollywood,” Winfield said.

“I didn’t know anybody, but I found 20th Century Fox Studios and I went up to the gate and conned them into letting me in to show my car to their transportation department.

“From there, the transportation coordinator gave me the names and addresses of all these other studios, and for two days, I took the car around and handed out my business card.

“Two weeks later, Bewitched called me and said that they wanted The Reactor on their set.”

Soon Hollywood would be calling on Winfield to build cars specifically for their shows.