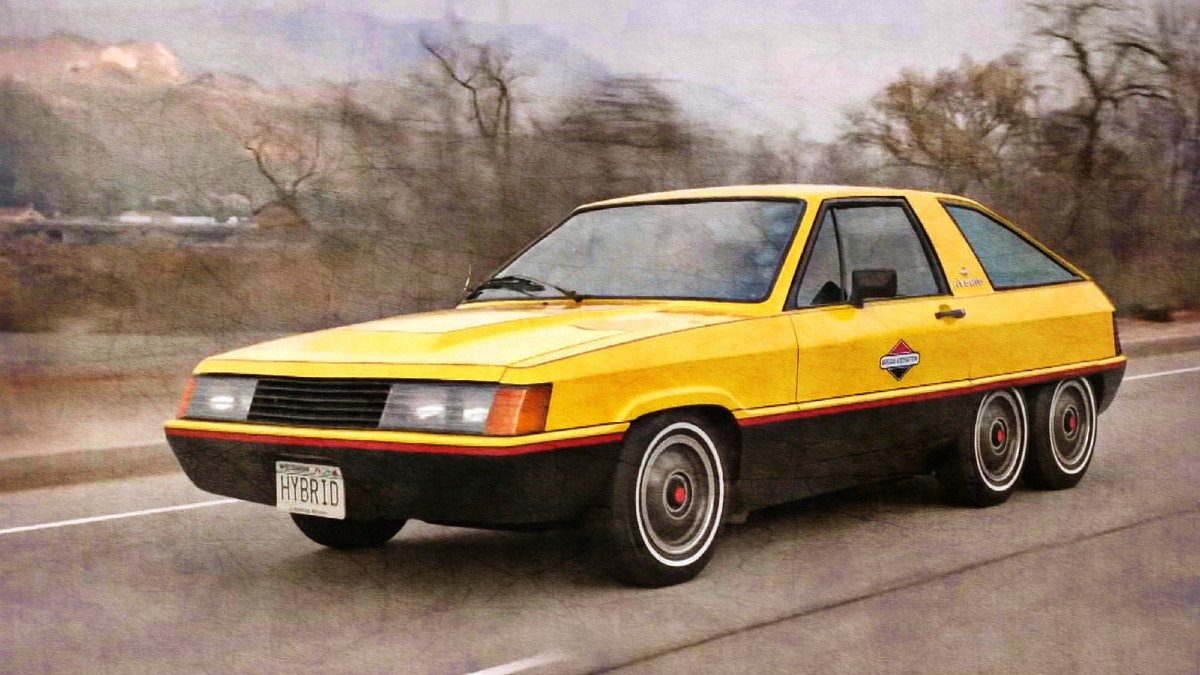 From lawnmowers to the first hybrid

Home
Charging ahead
From lawnmowers to the first hybrid

The year was 1979 and it came at the tail end of the then oil crisis which had car makers looking to low fuel consumption alternatives.

Keen to promote its new air-cooled, horizontally opposed two-cylinder engine, the company set out to develop a concept car with this unit as the core.

This parallel hybrid arrangement was enabled by a Borg-Warner “Duo Cam” automatic clutch that allowed the petrol engine and electric motor to work alone or in tandem as required.

Power for the electric motor was stored in battery pack that consisted of 12 x 6-volt batteries that were located under the rear cargo area.

A separate 12-volt battery was used to power the car’s headlights and other accessories.

The 4420mm long, 1451kg vehicle was cobbled together from s number of sources to reduce research and development costs.

The idea was to build a car that could accommodate two adults, two children and the groceries.

Doors, dash and windscreen were lifted from a Volkswagen Scirocco.

To accommodate the 450kg weight of the battery pack, it was necessary to add a second ‘lazy’ rear axle.

The extra axle was used exclusively to bear the weight of the batteries; it was not fitted with brakes and was not connected to the powertrain.

The fibreglass bodywork was the work of Brooks Stevens Design Associates, with the final design penned by Cliff and his son Kip.

Stevens, who died in 1995 was an American industrial designer of home furnishings, appliances, automobiles and motorcycles — as well as a graphic designer and stylist.

He redesigned the 1962 Studebaker Gran Turismo Hawk on a minuscule budget and designed Harley-Davidson motorcycles including the 1949 Hydra-Glide Harley — helping create the new suspension forks in the front, bucket headlight, and the streamlined design.

All Harleys since, including models in production now, are based on Stevens’ body designs.

He also designed the Jeep Wagoneer and the Oscar Mayer Wienermobile — an American pop-culture icon.

After the debut of the fully functional hybrid concept, it was loaned to various publications to assess, with test results varying from magazine to magazine.

Motor Trend reported the Hybrid Concept returned 4.7L/100km in petrol-only mode, and 2.8L/100km when it operated as a hybrid.

These figures are pretty impressive, considering what modern hybrids get.

Not so the Hybrid’s performance which was more than leisurely.

In electric-only mode, the top speed dropped to 64km/h, which the car could maintain for about 100km before the batteries ran out charge.

Even with the regenerative brakes, however, the car needed to be plugged in periodically to operate in hybrid mode.

Unlike modern hybrids, the Briggs & Stratton Hybrid had no computer control module.

This meant that switching between drive modes was left entirely up to the driver, who was expected to know which mode would provide the most-efficient operation in any given situation.

The driver was also required to operate the manual transmission.