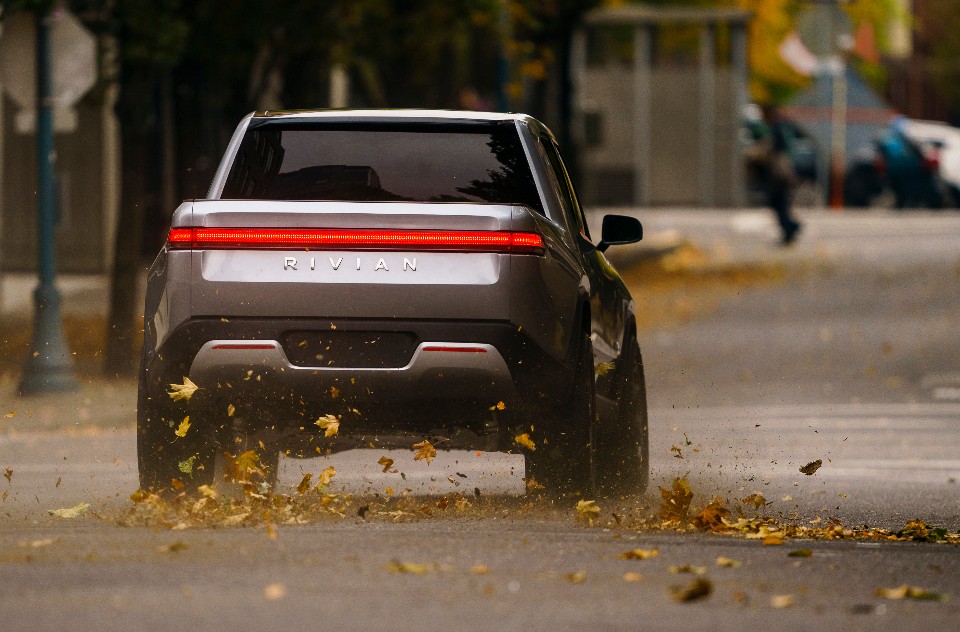 In February the Illinois start up announced a $700 million investment led by Amazon.

This week Ford revealed it has given the company another $500 million and it is expecting to get an electric car in return.

Rivian was founded in 2009 by Robert “RJ” Scaringe, who graduated from the Massachusetts Institute of Technology with a doctorate in mechanical engineering.

It is accepting orders and will start deliveries of its R1T utility and R1S 7-seat SUV late next year.

Based on the same chassis and running gear they deliver a range of 650km+ and provide an unmatched combination of performance, off-road capability and utility.

Rivian must be doing something write to attract this sort of attention and investment from heavyweights such as Ford and Amazon.

“We are excited to invest in and partner with Rivian,” Ford’s executive chairman, Bill Ford, said.

“I have gotten to know and respect RJ, and we share a common goal to create a sustainable future for our industry through innovation.”

RJ Scaringe said: “This strategic partnership marks another key milestone in our drive to accelerate the transition to sustainable mobility.

“Ford has a long-standing commitment to sustainability, with Bill Ford being one of the industry’s earliest advocates, and we are excited to use our technology to get more electric vehicles on the road.”

As part of its previously announced $11 billion EV investment, Ford already has confirmed two key fully electric vehicles: a Mustang-inspired crossover coming in 2020 and a zero-emissions version of the best-selling F-150 pickup.

Rivian will remain an independent company but Ford’s president of Automotive, Joe Hinrichs, will join Rivian’s board.

CHECKOUT: The AK-47 of electric cars