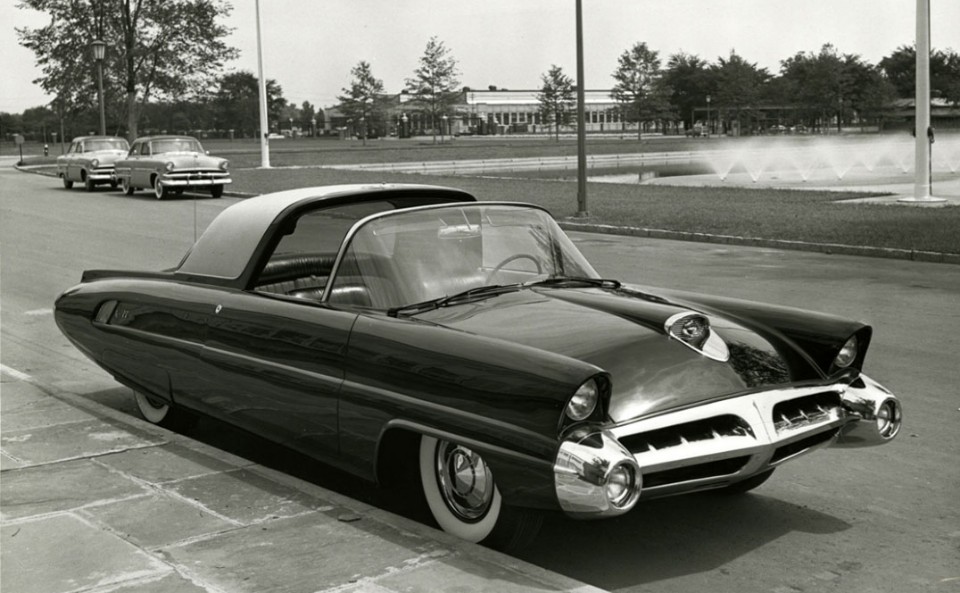 Dreaming and scheming in the ’50s

During the ’50s General Motors and Ford competed with each other to create the most stylish dream cars to display at American and European motor shows.

Ford’s first dream car was introduced in January 1952. It was called the “Continental Nineteen Fifty X”.

The idea for the Fifty X was to ensure specific styling ideas were seen as Ford ideas first. This prevented General Motors from using them, or if it did, being perceived as having copied Ford.

During its development the car was labelled as the “Typhoon”, but this name was not considered futuristic enough for a dream car.

When it was first shown, the Continental was a ‘pushmobile’ without engine and transmission.

Ford gave the car a second debut in 1953 as part of its 50th anniversary celebrations. It had a new name too, now called the X-100. And it was fully operational and loaded with space-age accessories.

The X-100 predicted many of Ford’s 1950s and 1960s styling motifs, especially the tubular tail lights.

The rear end of the X-100 was grafted almost intact on to the 1961 Thunderbird.

The X-100 was sent to car shows in Europe and across North America. It appeared in the 1954 movie Woman’s World and now resides at the Henry Ford Museum in Dearborn.

CHECKOUT: Futuristic Centurion had a camera