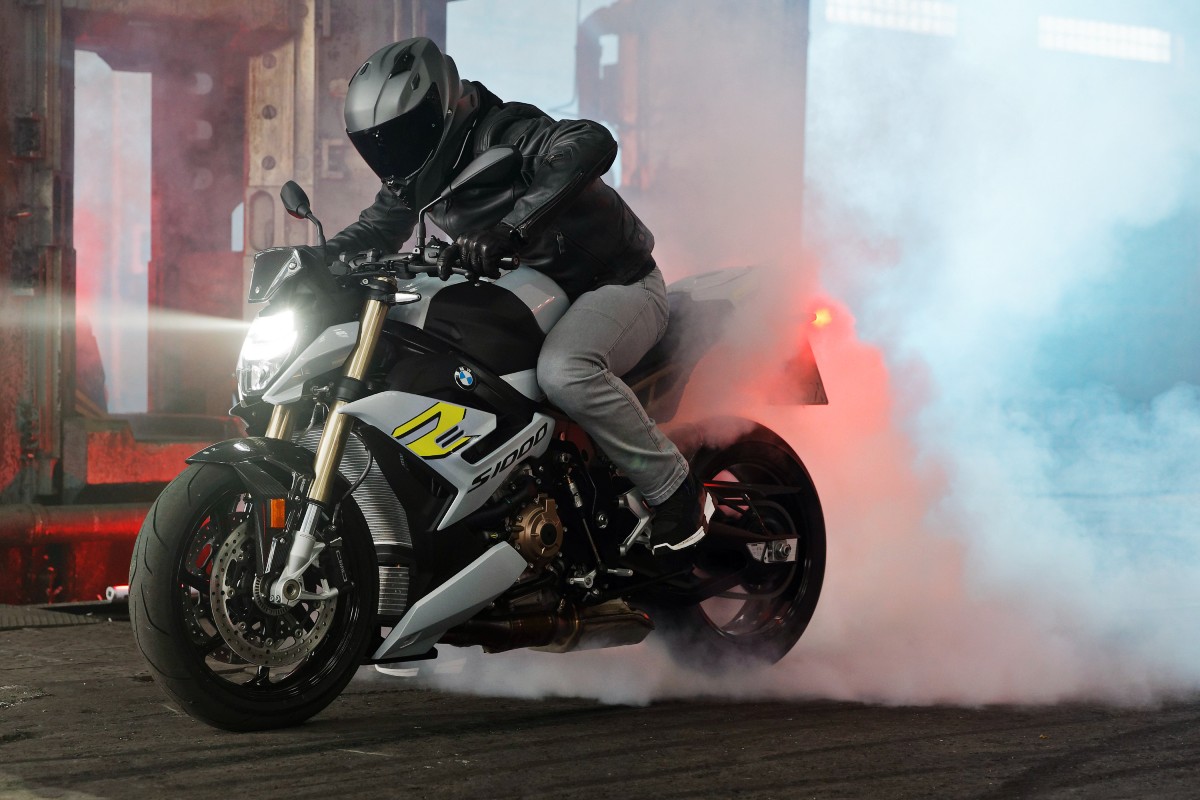 A 121kW 1000cc engine that is optimised for acceleration delivers new levels of performance with the launch of the new BMW Motorrad S 1000 R.

More than ever, the “tail up – nose down” look gives the S 1000 R an eye-catchingly dynamic visual impact with its new body elements.

The engine speed range is wider and fuller to achieve improved rideability with a markedly linear torque curve.

In addition to a smoother, self-reinforcing anti-hopping clutch, the new S 1000 R is equipped with engine drag torque control (MSR) for the first time.

It prevents the rear wheel from spinning as a result of abrupt throttling or downshifting thanks to electronic actuation.

The chassis has also subjected to significant weight reduction measures to improve performance and engagement.

The frame and swingarm are based on the S 1000 RR and have been made considerably lighter than the previous generation.

At the same time, the engine in the Flex Frame takes on a much greater supporting function than before.

The new frame offers further benefits due to its narrow design, reducing the S 1000 R’s width in the area of the knee contact area.

This enables a more relaxed riding position with even more freedom of movement.

The underslung swingarm has been adopted from the S 1000 RR, while the spring strut with Full Floater Pro kinematics is now located significantly further away from the swing axis and engine.

This prevents shock from heating up due to waste heat and ensures even more stable temperature behaviour and more constant damping response.

In combination with the new swingarm, the S 1000 R achieves enhanced grip while lowering tyre wear.

Fully configurable Dynamic Pro mode is also available with a particularly wide range of options as part of the Riding Modes Pro option.

The new S 1000 R adopts the the S 1000 RR instrument cluster, delivering the best possible readability and an extended range of functions.

A Bluetooth smartphone interface, which allows app-based arrow navigation, is included as standard.

Lighting is based on state-of-the-art LED technology.

Enhanced safety at night is ensured by adaptive turning light — a component of Headlight Pro.

CHECKOUT: When the motorcycles roared and charioteers did battle

CHECKOUT: The Thruxton for distinguished gentlemen