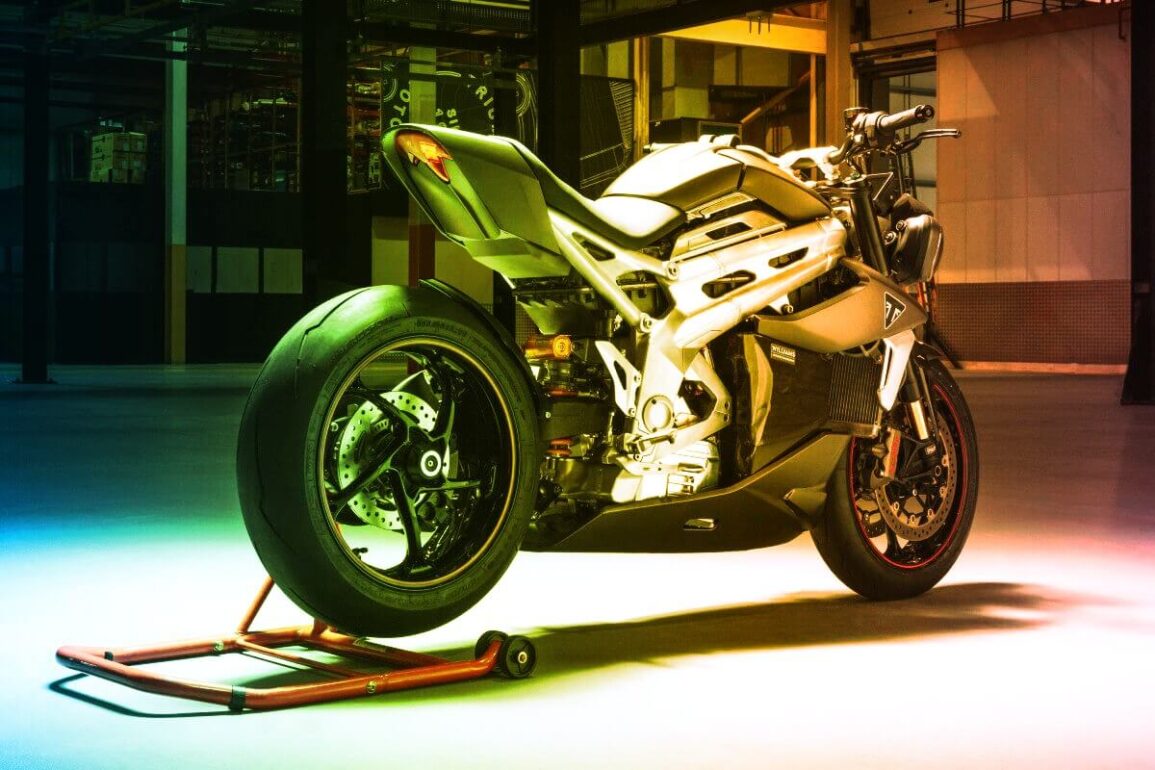 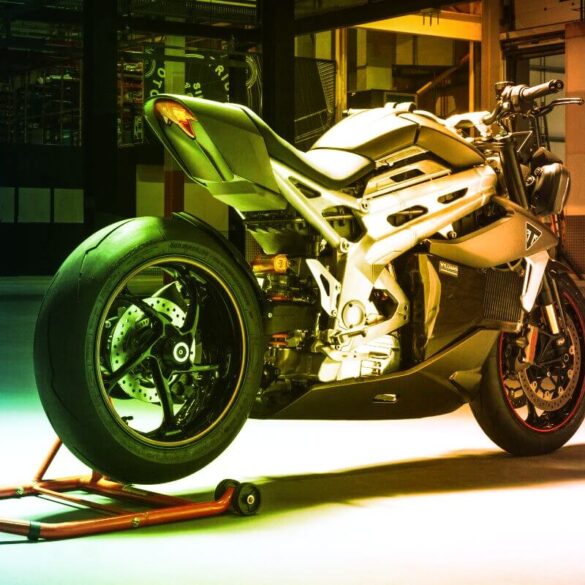 Project Triumph TE-1 is a ground-breaking, two-year collaboration between Triumph Motorcycles and the UK’s electrification experts, followed by a six-month Triumph led development period of testing.

It represents a collaboration between Triumph Motorcycles, Williams Advanced Engineering, Integral Powertrain Ltd, and WMG at the University of Warwick — funded by the Office for Zero Emission Vehicles through Innovate UK.

A “mule” bike has been constructed which incorporates battery, inverter, motor, and chassis into one machine for the first time.

The partners have worked collaboratively to optimise software integration across the complex systems, involving hundreds of hours of detailed testing to ensure the functionality of all features and software aspects behave accurately and intuitively, as a customer would expect.

This has been validated in real life simulation work carried out at WMG, involving detailed powertrain rig testing and simulations to assess safety critical items relating to motor function and vehicle control.

Durability testing on the primary transmission has also been conducted to ensure a full understanding of the fundamental differences in electric motor load application for vehicle use cases, efficiency and consequences to gear life.

Alongside this work, Triumph-led design of the bespoke chassis has focused on delivering the phase 2 styling intent as closely as possible.

Phase 3 of the project is now complete, with the completion of a fully assembled TE-1 demonstration prototype — revealed here.

The prototype is now undergoing final battery level validation and calibration to ensure the performance results meet best-in-class power and energy density targets and for the rider, ensuring there is no compromise in performance at low levels of charge.

Speaking about the project, Williams’ Dyrr Ardash said they were thrilled to finally see the results of the work on a physical bike.

“By working with the team at Triumph, we have continued to push the boundaries of battery technology, keeping the rider in mind at all times,” he said.

“Because we have designed the battery from the ground-up, design has not been compromised and we have been able to push the boundaries of current technology, offering both performance and all important, range”.

All of this has been achieved using materials and processes compatible with volume automotive production and importantly using a motor platform that can be scaled in length.

The inverter concept, which is also scalable, is capable of delivering more than 500kW of power.

At completion of the final testing phase later this year, the prototype will be updated with its final body panels and paint scheme, in preparation for active track demonstration.