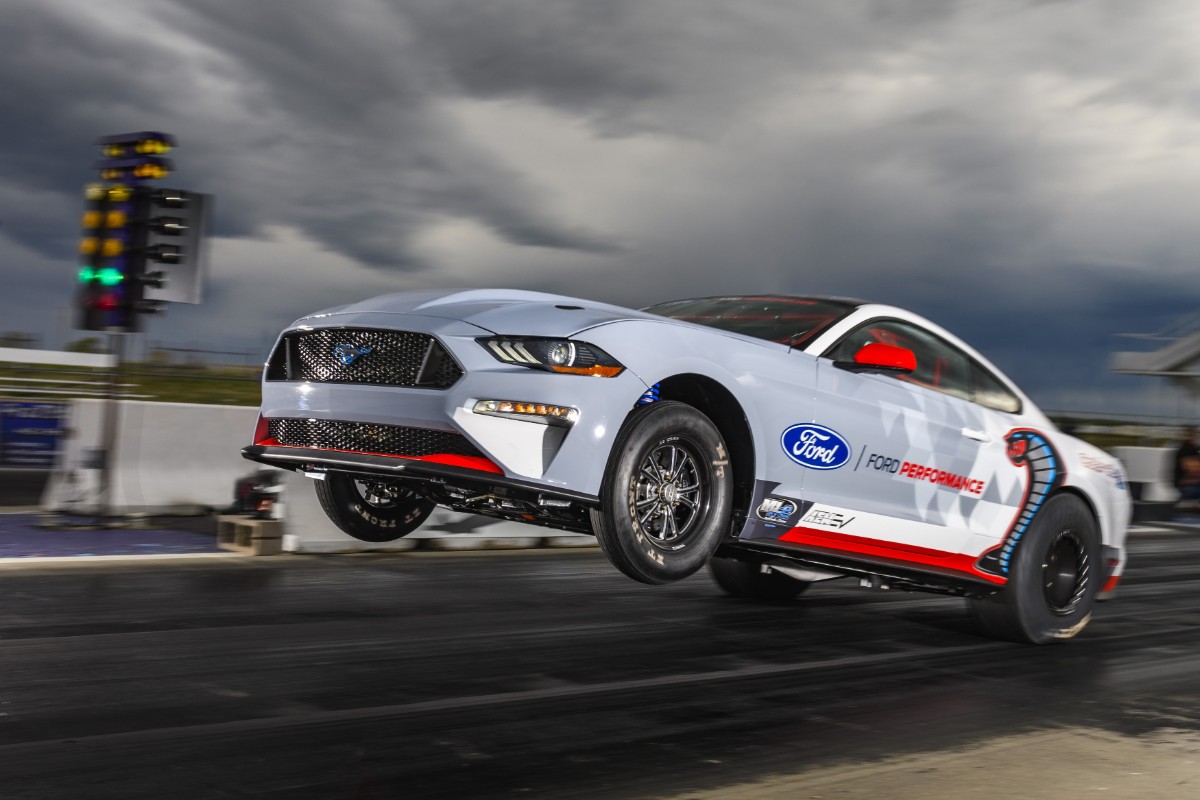 Electric Mustang has get up and whoa!

Home
Charging ahead
Electric Mustang has get up and whoa!

Ford’s all-electric Mustang Cobra Jet 1400 prototype has certainly got some get up and go.

The prototype boasts more power than three GT V8s put together, with 1120kW available at the rear wheels.

It’s pictured here blasting down the drag strip, to clock a quarter-mile of 8.27 seconds — with terminal speed of 270km/h.

Developed by Ford Performance in parallel with the recently unveiled Mustang Mach-E 1400 prototype, both cars were built to demonstrate Ford’s technological capabilities and innovation skillset in EV technologies.

“Since revealing the car, we’ve continued to fine-tune it and now know we’re just scratching the surface of what we may be able to achieve with this much electric horsepower in a drag racing setting,” Global director, Ford Performance Motorsports, Mark Rushbrook, said.

These motor-inverter packages run at 800 volts and up to 700 amps, with a maximum output of 350kW per motor.

To manage such a potent package, AEM-EV and Ford Performance jointly developed an advanced data and control system that features a control algorithm unique to the Cobra Jet 1400.

The sheer amount of power also requires a different approach to chassis tuning.

Ford’s build and integration collaborator for the project, MLe, has delivered with input from Ford Performance’s longtime Cobra Jet build collaborators at Watson.

“It’s been a great but challenging project for all of us at Ford Performance,” Rushbrook said.

“The opportunities to learn with the Mustang Cobra Jet 1400, as well as the Mustang Mach-E 1400 we recently introduced, gives us great insight into what may be possible in high-performance all-electric vehicles for Ford going forward.

“We are very interested in continuing to work with NHRA to determine how electrification can be part of the sport and to show off the Cobra Jet 1400 at max power in due course as regulations develop.”

The US Nationals provide the perfect venue to showcase the Mustang Cobra Jet 1400 where the car will first run in public this weekend.

“The U.S. Nationals is the sport’s quintessential stage for reaching enthusiasts wanting a glimpse at the future technology of performance vehicles.

“Our fans are fascinated by horsepower in all forms, and the electrification of an iconic vehicle like the Mustang Cobra Jet 1400 shows that innovation at Ford Motor Company never rests.

“We look forward to seeing the Cobra Jet 1400 and continuing discussions with Ford about the future of electrification in drag racing.”

But what do you reckon about the sound of the Cobra Jet 1400 — does it cut it?