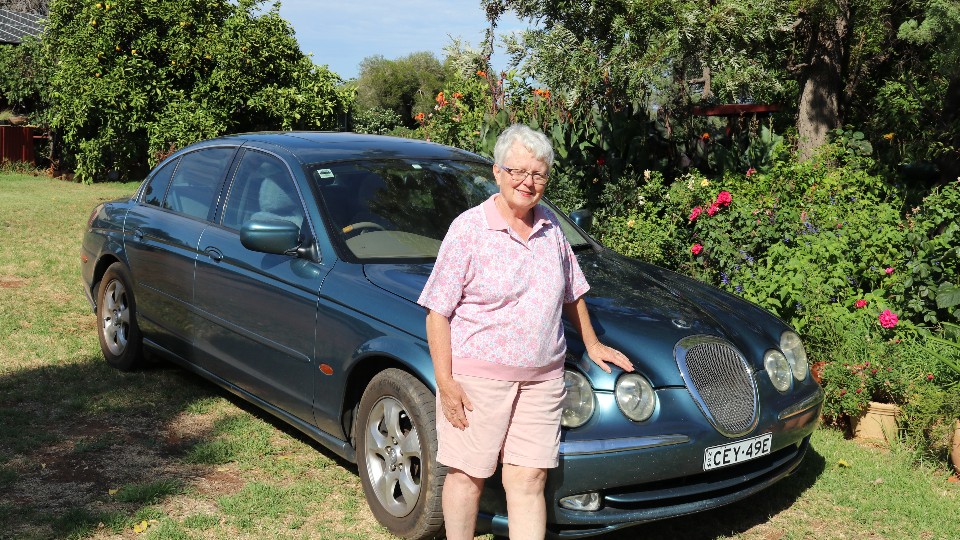 It’s said, somewhat tongue in cheek, that if you own a Jag you should have two.

The second one is for parts, because they have, clears throat, a tendency to break down. At least they did in the old days and parts purchased separately can be expensive.

But even two is not enough for some people, like Jim and Ginnie Mather who we ran into the other day at Cars & Coffee in Dubbo.

The couple are Jag tragics, with handful of the big cats in the farm shed, including a very desirable XK150.

Like many Jaguar lovers, the car bug bit Ginnie at an early age thanks to a mechanically inclined Dad.

And, as fate would have it, sparks flew when she and Jim met for the first time, because Jim was a bit of a car nut too.

The first Jag they bought together was a classic Mark 2, purchased from a mutual friend in 1996 for what was then a fair price.

Just two years later another classic design found its home with them, a 1970 Series 1 XJ6.

As Ginnie says: “It had mechanical problems so we put it aside and found a 1994 XJ6 Sovereign Series 3. This became Jim’s daily drive.”

Ginnie was able to buy her dream car, a Series 2 E-Type, thanks to some money she inherited. A car she has had a soft spot for since childhood, it’s still in the collection and gets used on a regular basis.

It wasn’t long before yet another Jag found a home in the shed, this one a somewhat out of the ordinary Lynx-bodied 1976 XJS Spyder.

Like so many Jag owners understand, this is a long term-project and is on the sidelines receiving the occasional TLC.

The couple clearly have an eye for the classics, as the next purchase was one of the most beautiful Jags ever built — the XK150.

With its long running boards and short tail sandwiching the cockpit, it’s a handsome car from any angle.

It’s swings and roundabouts when you have a classic car collection and the XJ6 and Sovereign were later sold to make way for a newer 2000 XJ8 Sovereign.

This is the body that featured a return to the rounded classic XJ shape after the squared off XJ40 failed to find favour with buyers.

Their latest purchase with a “leaper” on the bonnet is a 1999 S-Type. This was a purchase, says Ginnie, that neither she nor Jim had planned.

“We were at the local wreckers looking for some wheels when the owner told us about this particular car being available. Neither of us could believe the asking price.”

It’s worth pointing out, that like many car lovers, Jim and Ginnie appreciate other brands.

The S-Type is destined to become Jim’s Super Sprint racer, as the Datsun’s value is starting to get worrisome for track use.

Dubbo itself is an easy four hour drive from the eastern fringe of the Blue Mountains in NSW.

It’s home to the popular Western Plains Zoo and a thriving car culture.

Cars & Coffee which brought us westward to Dubbo is growing in popularity.

Simple in concept and execution, it’s a coming together of people who like cars, like a good chinwag, and don’t mind a cup of the juice of the brown bean.

I was fortunate enough to be in possession of the new Kia Stinger and rolled up around 9.30am, along with an HQ Monaro, gorgeous XA Falcon coupe, flip-front FJ and the like.

There was also a range of motorbikes including a well weathered Norton.

The human contingent was as well travelled as their machines. Crinkly, sun worn faces, wreathed in smiles of appreciation, matched with curiosity at the grey-clad Kia, as they wandered the lane.

Happy children played on the grass adjacent to the cars while their parents, many wearing the colours of their tribe (Holden, Ford, Red Bull etc) pointed out the variety of shapes and sizes and colours of metal.

The Stinger, the newest kid on the block thanks to a little athletics carnival that brought us there, had many eyeballs on it, many questions from the automotive faithful, and some obvious surprise that the Korean company could build such a firecracker.

In complete contrast was a car with origins in the late 1960s, that had been set aside for 30 years, and subsequently delighted the masses at the annual Summer Nats Festival in Canberra.

Known as the “G-Force Junkie” it’s a supercharged Holden HK Monaro, painted black, and looking smooth yet muscular all at once.

The coffee stand was thriving; the general throb of chatter was underlaid with the hiss and whistle of the coffee machine and the frothing of milk.

It doesn’t get better than this. 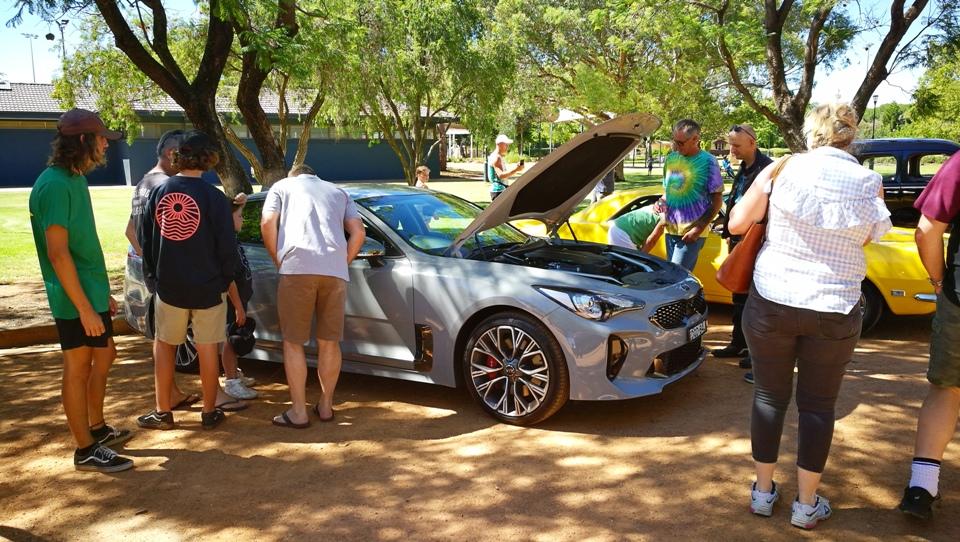 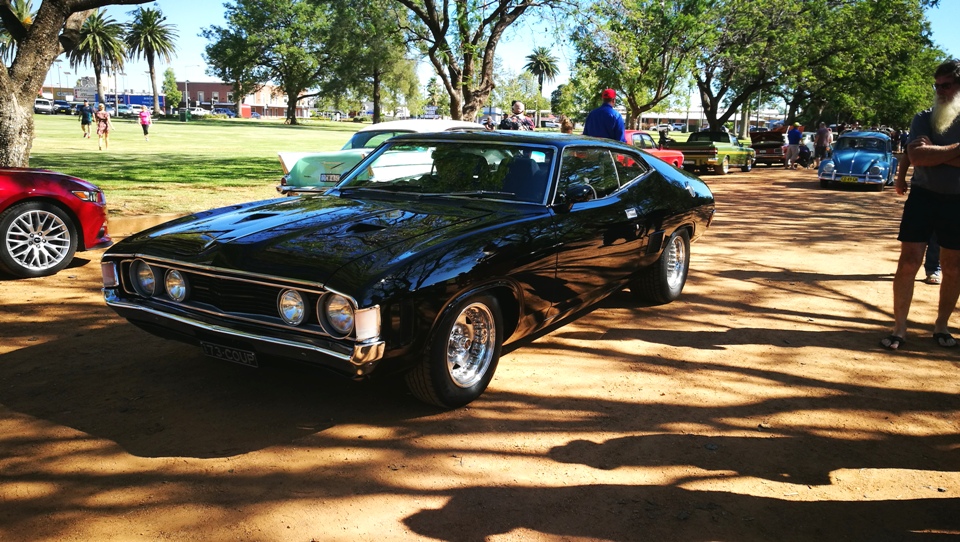 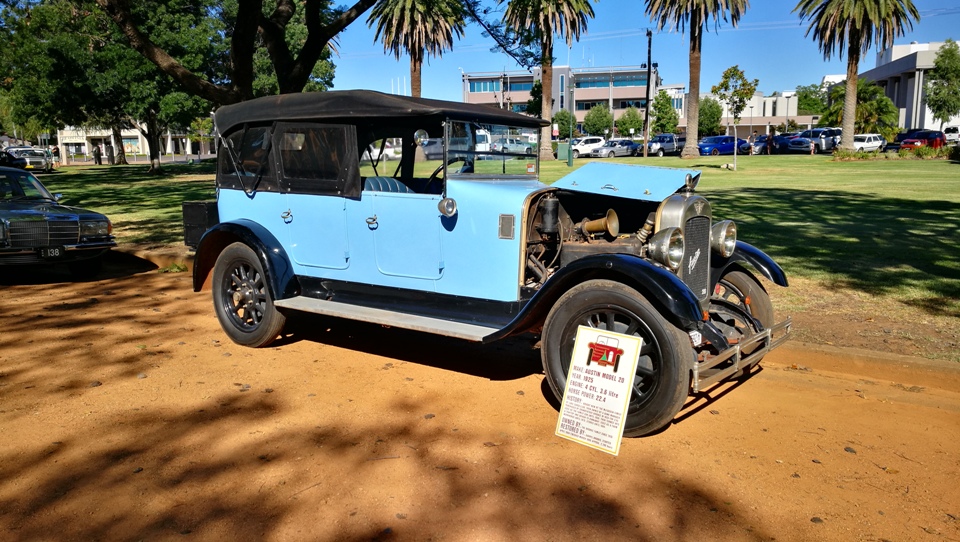 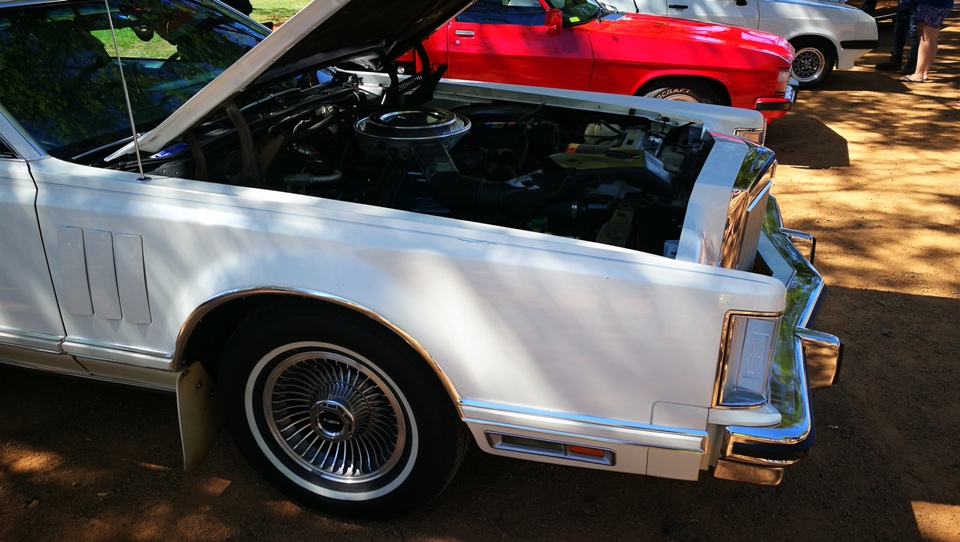 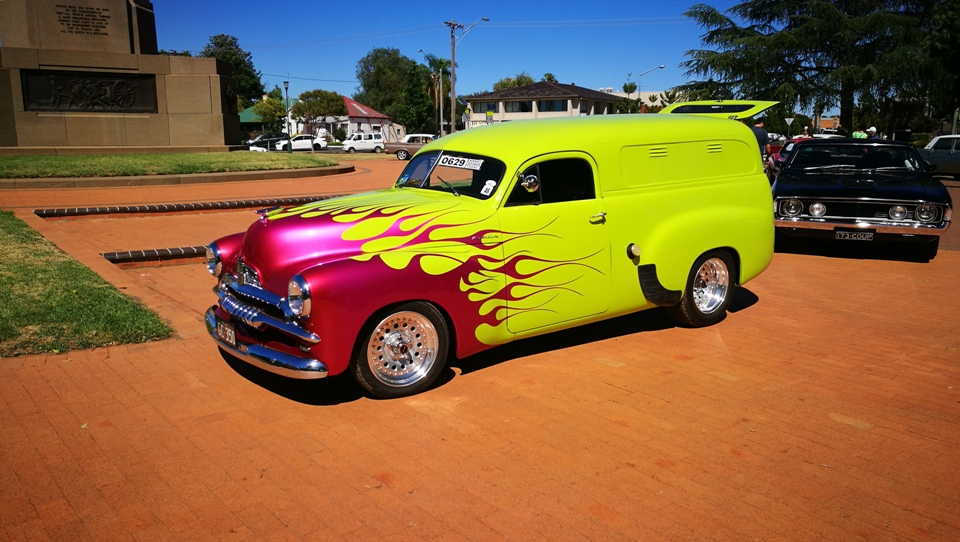 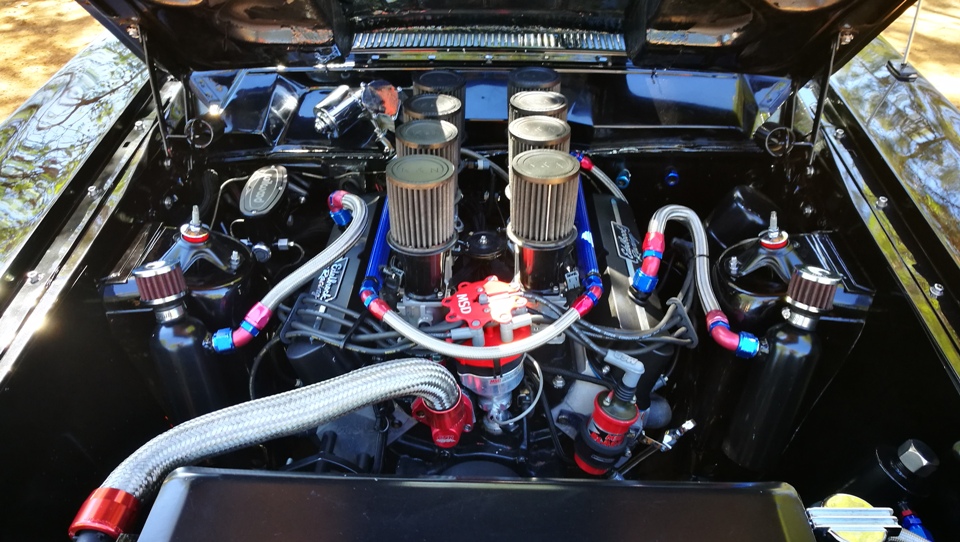 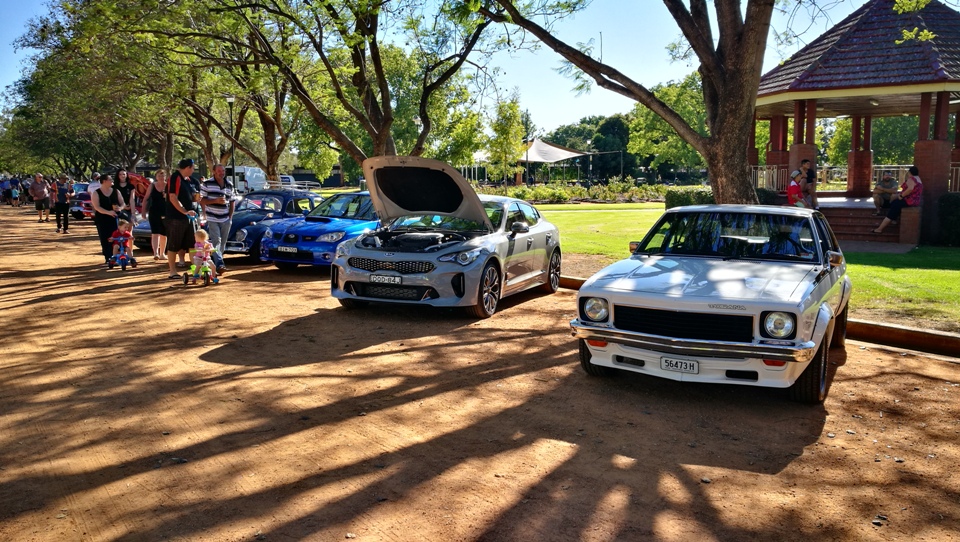