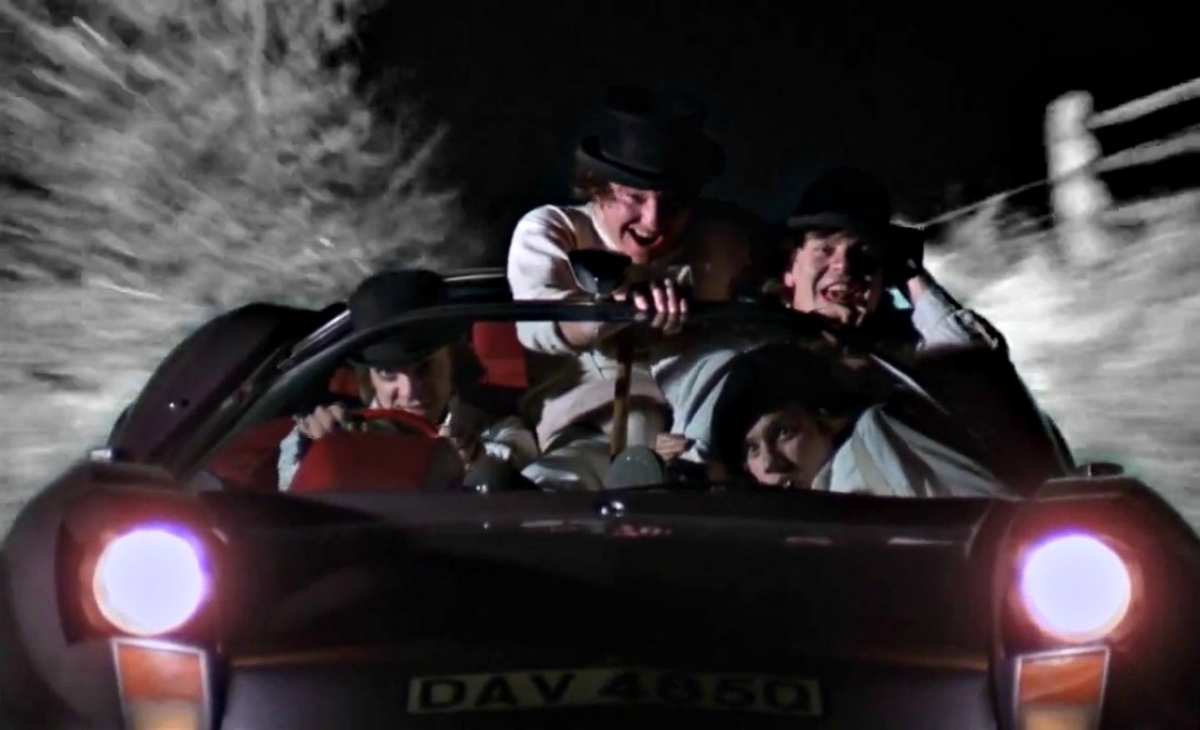 They’re one and the same, and one of these ultra rare beasties has just been sold in the US by Bonhams — ulta rare because only three were ever made.

The M-505 Probe 16 was designed and built by brothers Dennis and Peter Adams, who cut their teeth at Marcos, the famed British sports car company.

While its low-profile bodywork is supercar-like, the Probe 16 is powered by a humble 1.8-litre four-potter from British Motor Corporation (BMC).

It’s actually from an Austin 1800 which was somewhat tricked up by the lads at the JanSpeed shop who also stuck on a twin-choke Weber so that its standard 63kW output leapt to 75kW at a heady 5500rpm.

Power from the mid-mounted transversely fitted engine was sent to the rear wheels through a 4-speed manual gearbox.

The car was originally built by the Adams brothers in 1969 as “an investigation into extremes of styling”.

Dennis was very much the designer of the duo, while Peter more the ‘under the skin’ engineering wizard.

It was pretty slick then, looking very much like the supercars of today. Maybe it inspired the chaps in the spaghetti studios?

Anyway, it has 10-inch wheels in front, 13s at the back and you got behind the wheel by climbing through a sliding glass roof.

The futuristic styling made the M-505 Probe 16 a natural fit for the dystopian England depicted in A Clockwork Orange.

That was when it was renamed Durango ’95 and served as transportation for a gang of Droogs, a group of angry, violent young men led by Alex DeLarge — in other words the bad guys.

Of the three cars that were made, the first one was a left-hand drive model which was sold to the famous American songwriter Jim Webb.

It caught fire and burnt beyond repair. Fire was a common fate for mid-engined cars of the era.

The second Probe 16 completed carried chassis number AB/3, which was the one sold by Bonhams and was one of the two made in right hand drive.

The same car, chassis AB/3, was also displayed at the 1969 London Motor Show where it won a design award as the Best British Styling Exercise.

AB/3 has a bit of pop history as well, originally bought by bass guitarist Jack Bruce, a member of the hit-making British rock band, Cream.

That’s the band formed by Eric Clapton in 1966 with Ginger Baker and Jack Bruce.

They had an album called Wheels of Fire, which might have had something to do with Jim Webb’s example, but it clearly didn’t apply to the just-sold Durango.

Bruce apparently sold AB/3 to Canadian collector and car designer Dr Clyde Kwok, who, in turn, sold it to another Canadian car nut in 1983.

The other right-hand-drive car — chassis AB/4 — is in the UK undergoing restoration for its owner, well-known scientist and motorsportsman Dr Colin Feyerabend.

AB/3 recently formed part of the Hollywood Dream Machines – Vehicles of Science Fiction and Fantasy exhibit at the famous Petersen Automotive Museum in Los Angeles, as the Durango 95 from A Clockwork Orange.