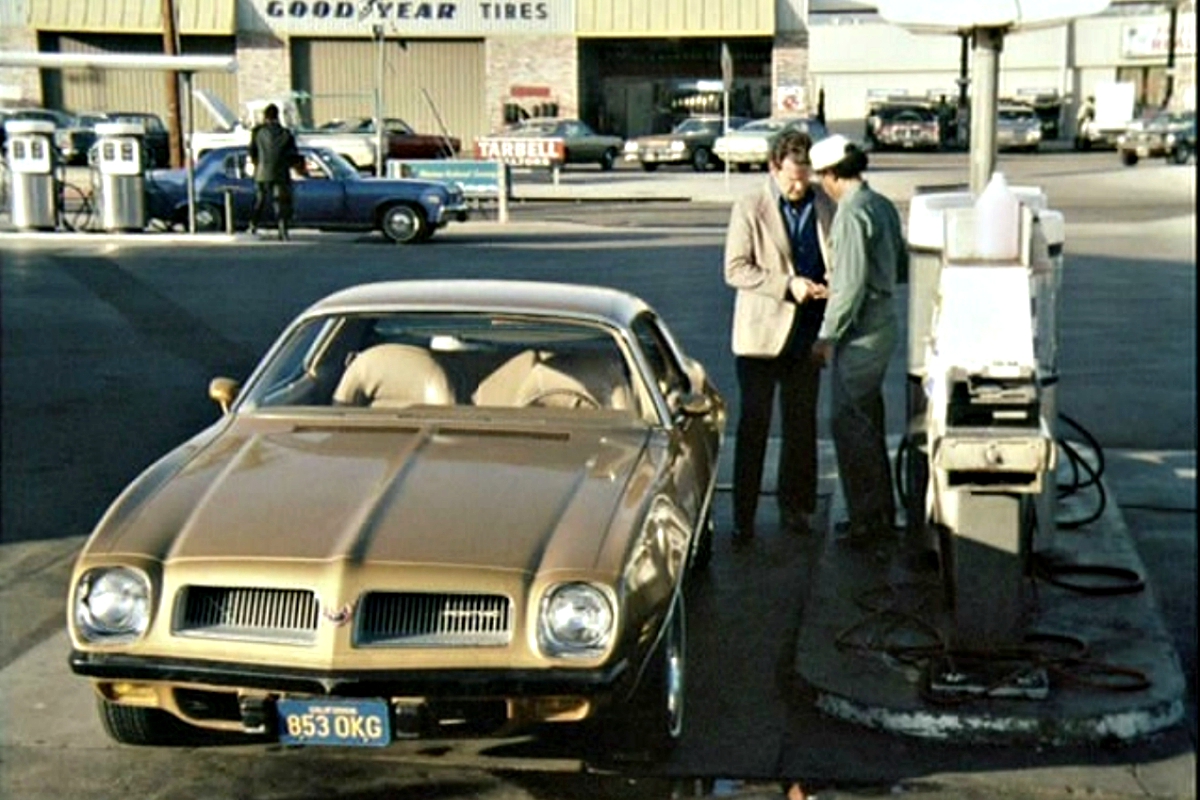 Who can forget that great American cop show, The Rockford Files?

First aired in 1974, the show was about a fictional Los Angeles private detective, Jim Rockford, played by James Garner.

Rockford lived in a trailer home on a beach, Paradise Cove.

In fact, the movie set was part of the parking lot at Paradise Cove, which is a real suburb, located just north of Malibu on the Pacific Coast Highway.

One of the things about the show that I could never understand, back in the day, was that Garner would sort of half stumble out of the car and use the door for leverage to stand upright.

Well, now, as a Firebird owner myself, I know why.

The car is so low to the ground (75mm) and the door so long, that it is hard not to stumble out of it — especially in parking lots.

Part of the show’s premise was that it downplayed gunfire and replaced it with car chases.

And what great chases they were!

With Garner usually at the wheel, he’d chase or be chased by the villains who always seemed to drive American land yachts, such as Lincolns, Cadillacs and Ford LTDs.

A highlight of each episode was a tyre burning, smoking reverse J turn that became a visual trademark of the show.

Trouble was that the Firebird Esprit’s anaemic 350 cubic inch V8 just wasn’t up to the job.

But Garner and Pontiac, who supplied the cars, had an idea.

A special run of the much more powerful Formula 400 Firebird, with beefed up suspension, was commissioned to look like Esprits.

Typically, there were three cars on the show’s set: one for interior filming, one for the chases and one for more sedate driving.

With each new season of the TV show, Rockford would have that year’s Firebird.

Legend has it that Garner did not particularly like the front end design of the 1979 models.

So from 1978 until the show wrapped in 1980, the cars carried a ’78 front end despite being the latest model from the windscreen back.

It always seemed that in each episode Rockford’s car would sustain some damage during the obligatory car chase.

So, it is no surprise that 18 cars were consumed over the six years the series was on the screen.

Garner kept a sound car when the series closed in 1980.

In the mid-80s he gave it to a charity auction.

It was won by the proverbial little old lady.

He starred in the movie Grand Prix, drove a highly modified Oldsmobile 442 and Ford Bronco in the Baja 1000 and established his own racing team — American International Racers (AIR).

There is a 1969 documentary film, The Racing Scene, which showcases Garner’s racing successes that can be tracked down on YouTube.

It is well worth watching.