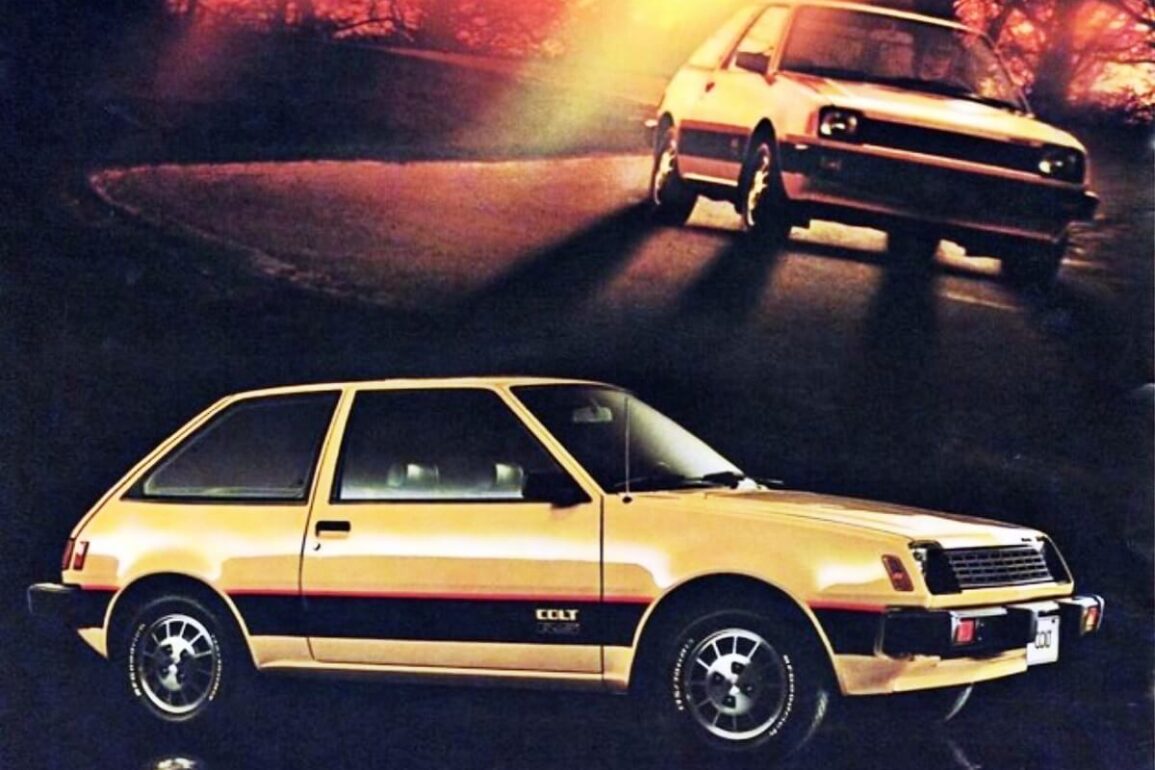 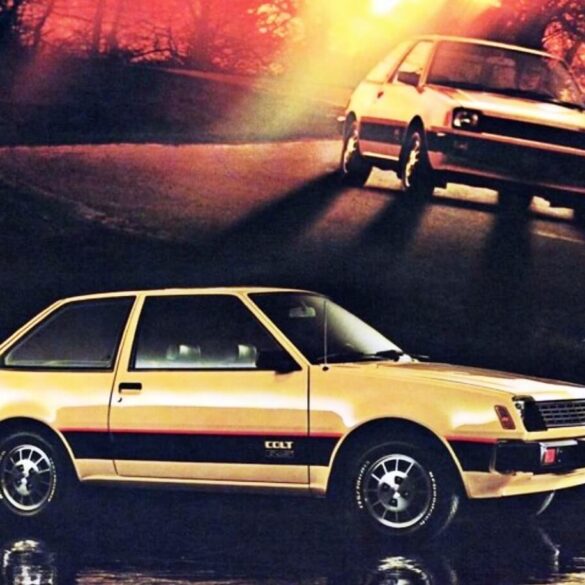 Colt a constant in Mitsubishi cosmos

MITSUBISHI Colts were first produced in Australia from 1982 to 1990.

But it’s a very different story, especially in the United States, where writer Daniel Strohl reckons almost everything from Mitsubishi eventually becomes a Colt.

Carcinisation, he says, is an evolutionary biological term to describe a recurring theme in which multiple unrelated species eventually evolve into crab-like animals.

“Everything turns to crab,” as the memes go.

Japanese carmaker Mitsubishi has a similar phenomenon in which seemingly every product it puts out, regardless of the original nameplates, eventually becomes a Colt.

With the announcement of yet another iteration of the Mitsubishi Colt this week, it’s worth reviewing just how many times the triple-diamond has returned to that in the last several decades.

Unlike other people’s cars around the world, however, it wouldn’t remain in that configuration for long, remaining on the market only through 1965.

The first, another Shin Mitsubishi Heavy Industries product, the larger A20 Colt 1000, debuted in 1963 and sold concurrently with the Colt 600.

With a 977-cc, four-stroke, water-cooled, overhead-valve inline-four-cylinder engine, it had a more traditional front-engine, rear-wheel-drive layout and came in both four-door sedan and two-door van configurations.

The second Colt 600 successor line, the fastback-bodied Colt 800 that took the Colt 600’s spot in the Mitsubishi lineup, also adopted the more traditional front-engine, rear-wheel-drive layout, but at first used another two-stroke engine — this time an inline three-cylinder — before eventually adopting the Colt 1000 and Colt 1100’s engines.

To avoid confusion with the larger vehicles, Mitsubishi called these latter vehicles the Colt 1000F, Colt 1100F and the Colt 11-F — until discontinuing them in 1971.

With the introduction of the A50 Galant in 1969, considered to be the New Colt 1500’s replacement, Mitsubishi could very well have made a clean break from the Colt name.

In the Galant, Mitsubishi had a thoroughly modern car with new Dynawedge styling and a new lineup of engines appearing right about the same time that Mitsubishi Motors Corporation emerged as a carmaker capable of exporting to the larger world market.

Yet Mitsubishi still technically referred to the Japanese market A50 and its successor, the A112/A114/A115 Galant, as the Mitsubishi Colt Galant.

What’s more, Mitsubishi executives decided to start applying the Colt name to export versions of its cars (they’d already done so with the trucks).

When Chrysler first agreed to sell Mitsubishis in the US under its own branding in 1971, along came the Galant-based Dodge Colt.

Even the Galant-based Plymouth Cricket dropped that badge for the Colt name in 1976.

Chrysler’s overseas operations weren’t immune to the name either.

In the UK, Mitsubishi established a new company under the name Colt Car Company to sell Mitsubishi cars as Colts (i.e., Colt Galant, Colt Celeste — but, alas, no Colt Colts) in 1974. That venture lasted until October of last year.

Just as the Galant emerged from one of the first Colts and in turn spawned export versions named Colt, so did the A70 Lancer, which bowed in in 1973 as the New Colt 1200’s replacement and which became the Dodge Colt sedan in the US (as well as the Plymouth Colt sedan in Canada) from 1976 through 1979.

We done yet? Hardly.

In 1980, Chrysler started to rebadge the front-wheel-drive Mitsubishi Mirage as the Dodge Colt and Plymouth Champ in the US before also calling the Plymouth version the Colt — starting in 1982.

In Australia and Europe, the Mirage simply became the Mitsubishi Colt, while in the UK, Colt Car Company sold the Mirage as the Colt 1200 and Colt 1400.

Even after Mitsubishi started selling the Mirage in the US later in the 1980s, both the Dodge and Plymouth Colt (along with the Eagle Summit, another rebadge of the Mirage) remained on the market, lasting through 1994.

In Europe, a Mitsubishi Colt version of the Mirage continued to sell through 2005.

Wasn’t there a sort of tall station wagon in the US in the ’80s also named Colt? Absolutely!

The Dodge Colt Vista and Plymouth Colt Vista (as well as the Eagle Vista Wagon) were rebadged versions of the Mitsubishi Chariot and first-generation Mitsubishi RVR, and sold through US dealerships from 1984 through 1996.

Then in 2002, Mitsubishi dug out the Colt name and for the first time in nearly 30 years applied it to a Japanese market car — a mini-MPV on a front-wheel-drive platform that Mitsubishi jointly developed with DaimlerChrysler and that went on to underpin the smart ForFour.

Over the next 11 years, the Z30 Colt expanded to both the European and Australian markets, evolved a convertible hardtop version, and served as the testbed for Mitsubishi’s in-wheel electric motor technology, eventually spawning an EV variant in the mid-2000s.

It also proved popular in Taiwan, where it apparently remains in production.

As rich and long-lived as the Colt name has been in cars, it’s also seen plenty of use on trucks as far back as 1968, when the first-generation Delica van and pickup became the Mitsubishi Colt T100/T120 for export markets.

What’s more, Mitsubishi for the first time in its history rebadged a vehicle from another automaker as a Colt when it sold the Suzuki Carry in Indonesia as the Mitsubishi Colt T120SS from 1991 through 2019 (continuing a long tradition of rebadging the Carry for quite possibly every carmaker around the world).

The company also sold its Fuso medium-duty trucks in Indonesia as the Mitsubishi Colt Diesel from 1975 through this year.

While there never was a Colt pickup in the US, the Dodge Ram 50 and Mitsubishi Mighty Max sold in South Africa as the Mitsubishi Colt for about 20 years, starting in the mid-80s.

Counting both cars and trucks, both Japanese market and export versions, there has never been a point in time since 1962 that a Mitsubishi product on sale somewhere on Earth hasn’t carried the Colt name.

All of this brings us to the latest iteration, which appears to be a simple rebadging of the Renault Clio hybrid, destined for the European market with production to take place in Turkey — which just goes to prove that when it comes to Mitsubishi vehicles, everything turns to Colt.