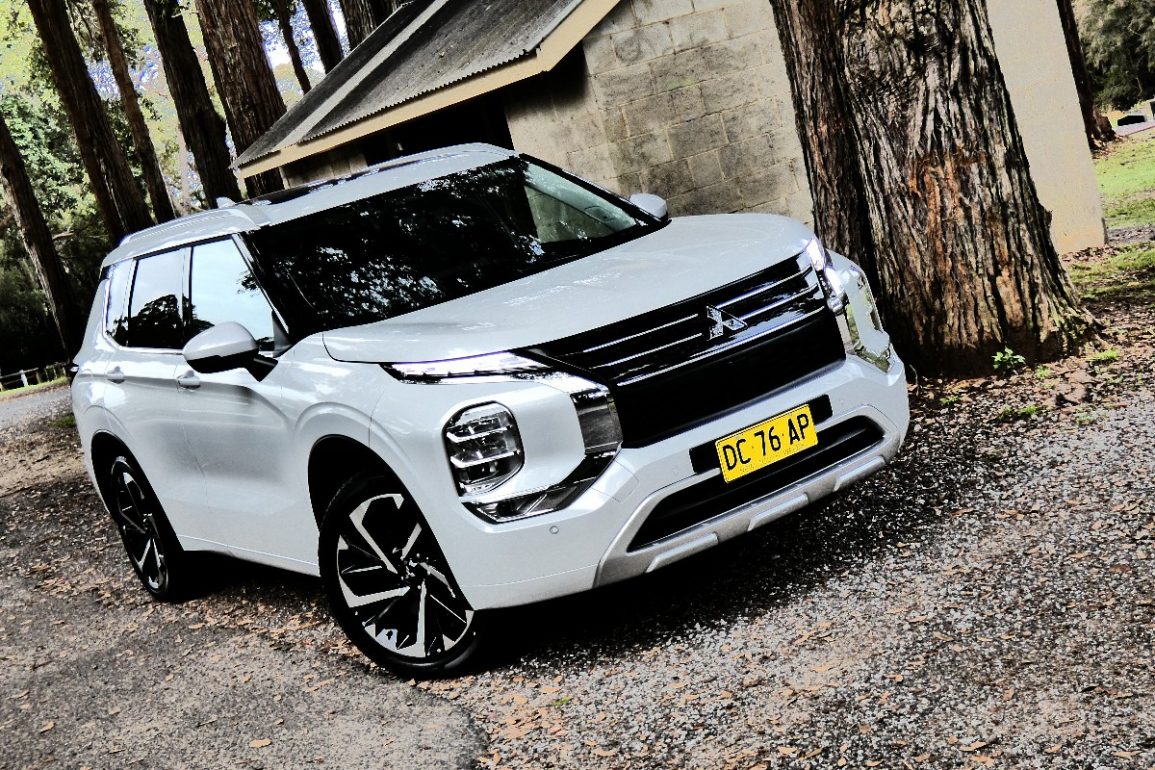 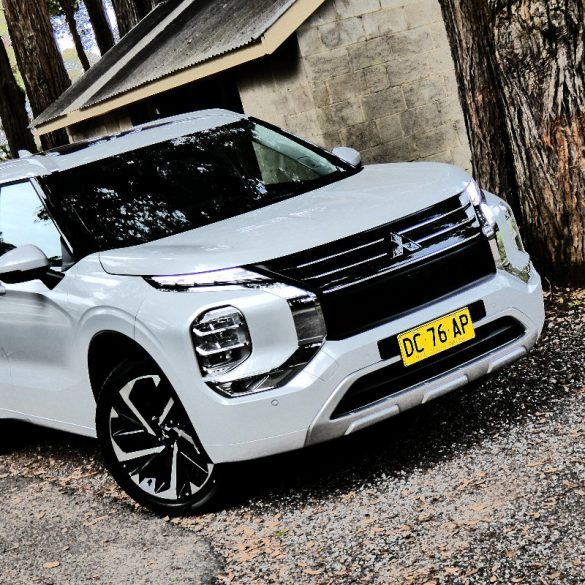 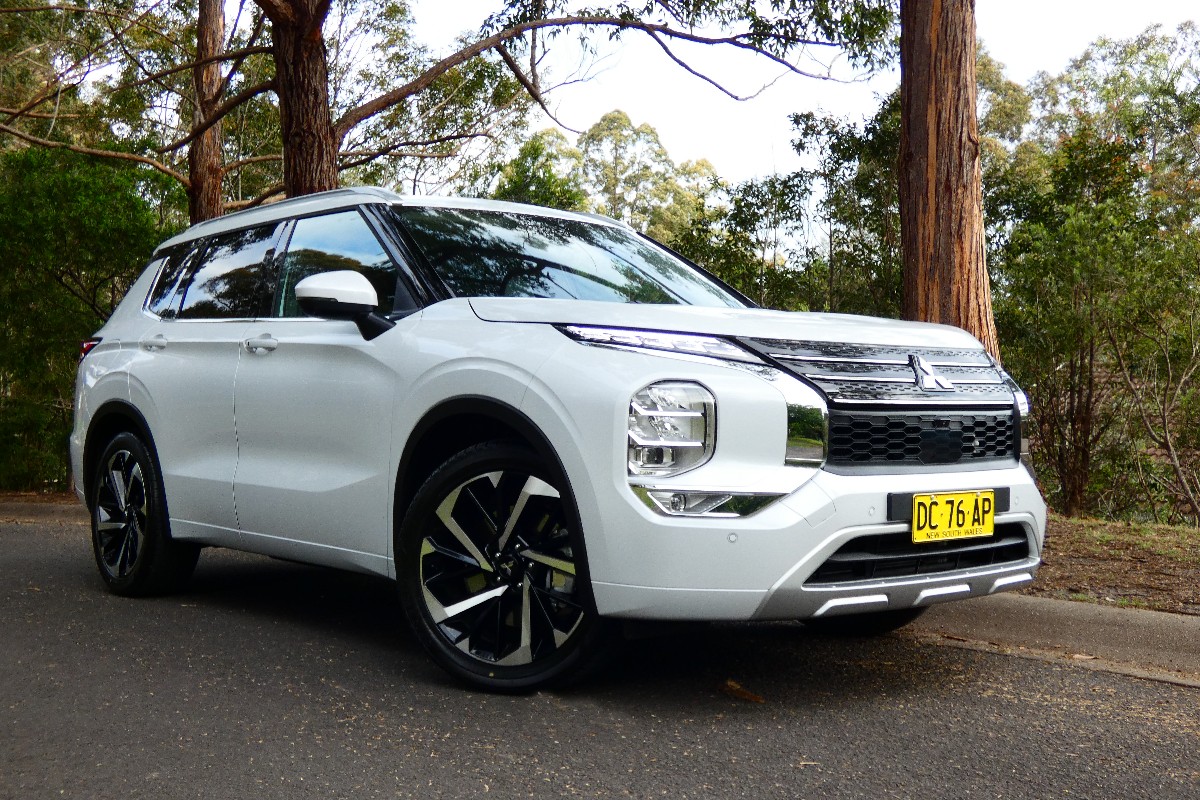 Mitsubishi’s Outlander is back, bigger and boofier than ever — but all is not quite as it seems.

The latest Outlander hides a Nissan X-Trail, the first time the Japanese brand has released a badge-engineered car.

By the same token, it has just as much in common with the Renault Koleos, which also shares the same platform.

It’s all a reflection of the fact that Mitsubishi is part of the Nissan-Renault-Mitsubishi Alliance and has been for a long time, although it rarely gets a mention. 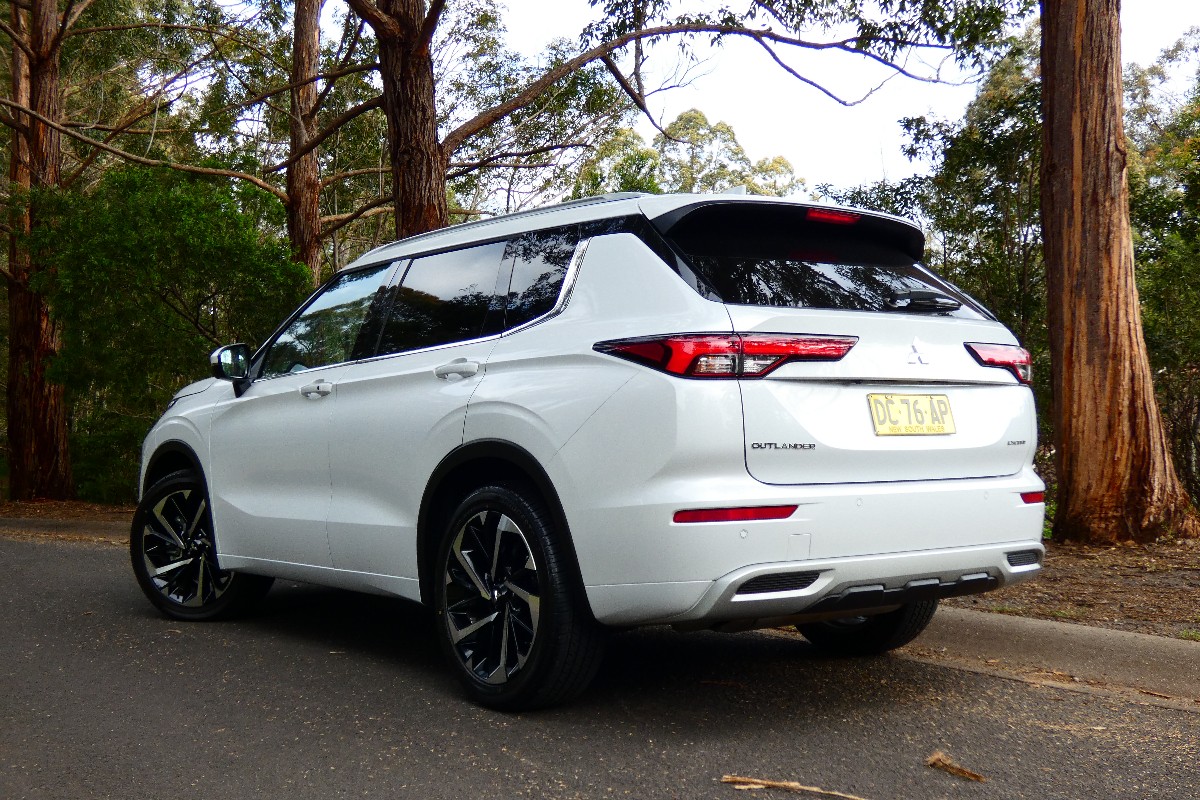 LS and above models get three rows of seating as standard.

Our test vehicle the Exceed (second from top) is priced from $47,990 plus on-roads.

The Japanese love a good acronym, especially when it comes to describing the technical features of cars.

Although it’s no acronym, you might be interested to learn Outlander was penned under the design language “I-Fu-Do-Do”.

Don’t laugh. It may be lost in translation, but means “authentic and majestic” in Japanese, and shows in the Outlander’s bold proportions, muscular fenders and the chiselled lines of the “Dynamic Shield” radiator grille.

Whatever, it looks pretty damn good, probably the best iteration yet of what we’ve come to think of as the ‘Decepticon’ look.

Until recently, even top of the line Mitsubishis sometimes missed out on satellite navigation.

Drivers were forced instead to rely on their mobile phones if they needed to find their way somewhere.

But there appears to have been a change of thinking at Mitsubishi HQ, because all models now come with satnav as standard.

Wireless smartphone charging is also fitted to LS models and above.

A stylish, responsive 9.0-inch touchscreen is standard across the range.

Aspire and above, however, gets a 12.3-inch full colour digital instrument cluster.

Additionally, a 10.8-inch full-colour head-up display is fitted to Aspire and above models. 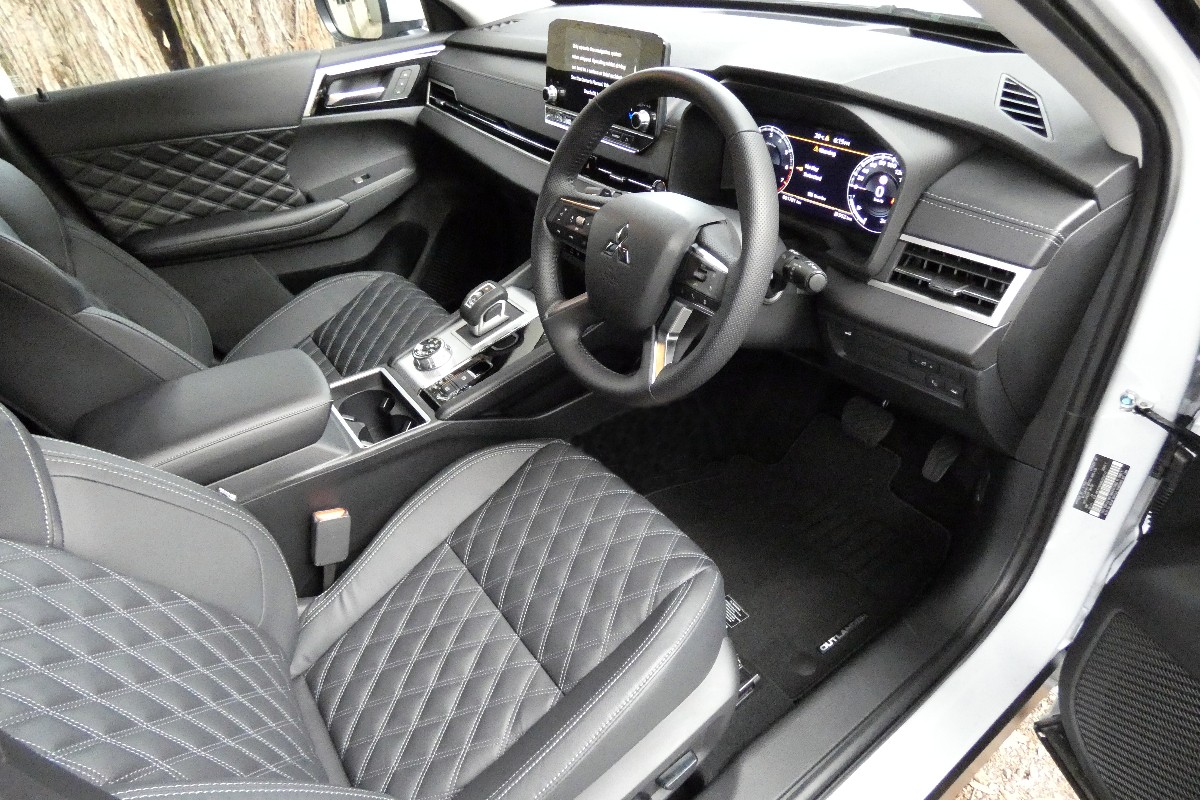 Replacing the previous 2.0 and 2.4-litre petrol and 2.2-litre diesel engines, is a one-size fits all Nissan 2.5-litre, four-cylinder, naturally aspirated petrol engine that generates 135kW of power and 245Nm of torque.

The change lever itself feels more like a joystick, with a button for park.

Power output is more than the 2.4 it replaces, but still somewhat average in the context of today’s sophisticated hybrid and turbocharged setups.

But performance is adequate providing you don’t have high expectations.

In fact, it’s about as middle of the road as it gets, not surprising considering the car’s target market.

Straddling the medium to large segments in terms of size, the previous model attracted young and growing families on a limited budget.

They were chasing size and price, and the Outlander nailed it.

The new Outlander is a better looker, feels more upmarket and will have similar appeal.

But with prices starting from $5000 more, it has lost some of its gloss.

It could see buyers start to look elsewhere, because to these people $5000 is an awful lot of money.

Drive-by-wire transmission combined with new CVT control logic is designed to deliver a feel more like a traditional auto and to some extent it does.

It’s generally more responsive and better behaved than we remember, but still has a tendency to become “zoomy” under load.

It’s hard to describe, but you’ll know exactly what I mean when it happens.

Steering is light and responsive, and the ride is very good considering the large 20-inch wheels and low profile rubber.

Impressive but what we don’t like is the twitchiness that marks the system.

It never really settles down, as the system continues to make tiny but frequent adjustments to maintain optimum traction — and needs to be dialled back.

The cabin has an upmarket look and feel, with its quilted leather seat trim, piano black console surround and quilting on the doors too.

The car is slightly longer than its predecessor, but more importantly wider and taller with a 36mm longer wheelbase that translates to more interior space — especially more rear legroom.

But the third row is still extremely cramped and suitable only for small children (how many times have I written those words).

At the same time, the second row slides forward to provide more room.

The tall, skinny, third row headrests look like Easter Island statues, but fortunately can be stowed under floor when not required.

Second row passengers also get their own air outlets as well as sunblinds for the side windows.

There’s plenty of eye candy too, with a digital instrument cluster and attractively styled free-standing touchscreen that’s super responsive to the touch.

But the instrument panel looks a little busy.

It’s not apparent from the photos, but that’s the way it feels.

Standard warranty is five years or 100,000km, but if you get your vehicle serviced with Mitsubishi it’s an impressive 10 years or 200,000km. 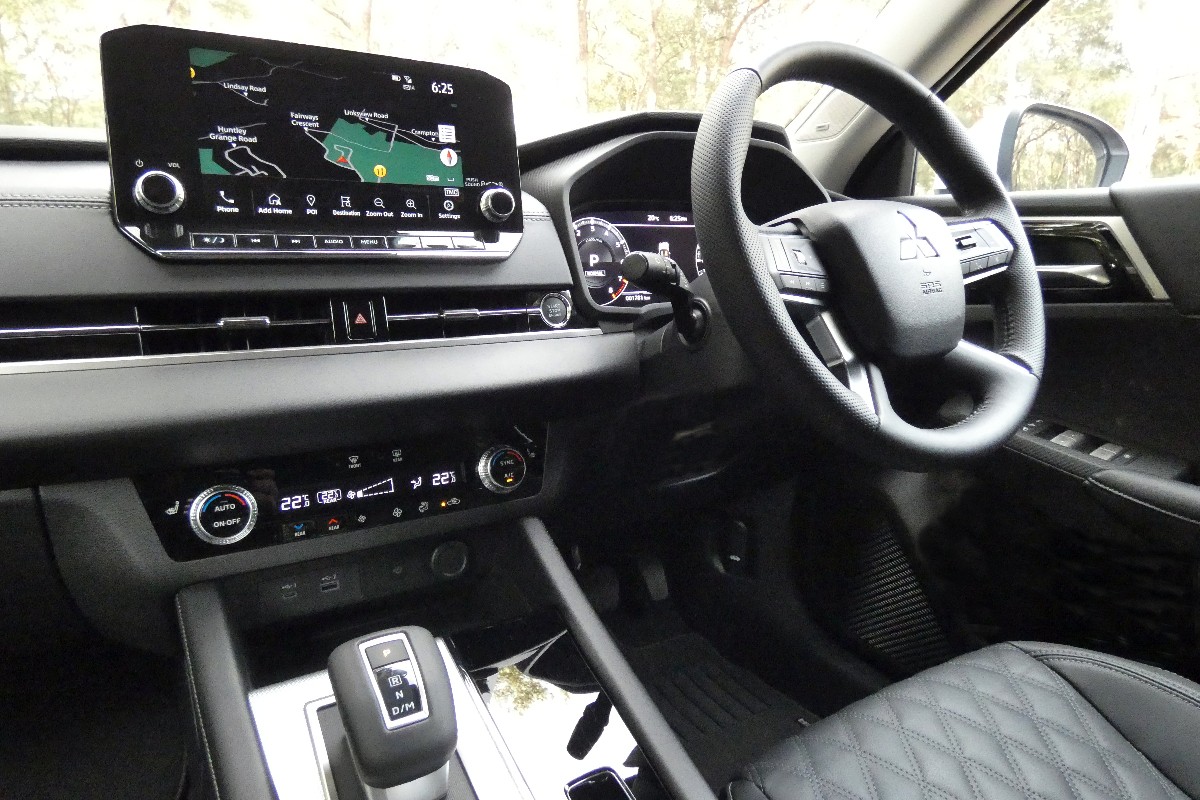 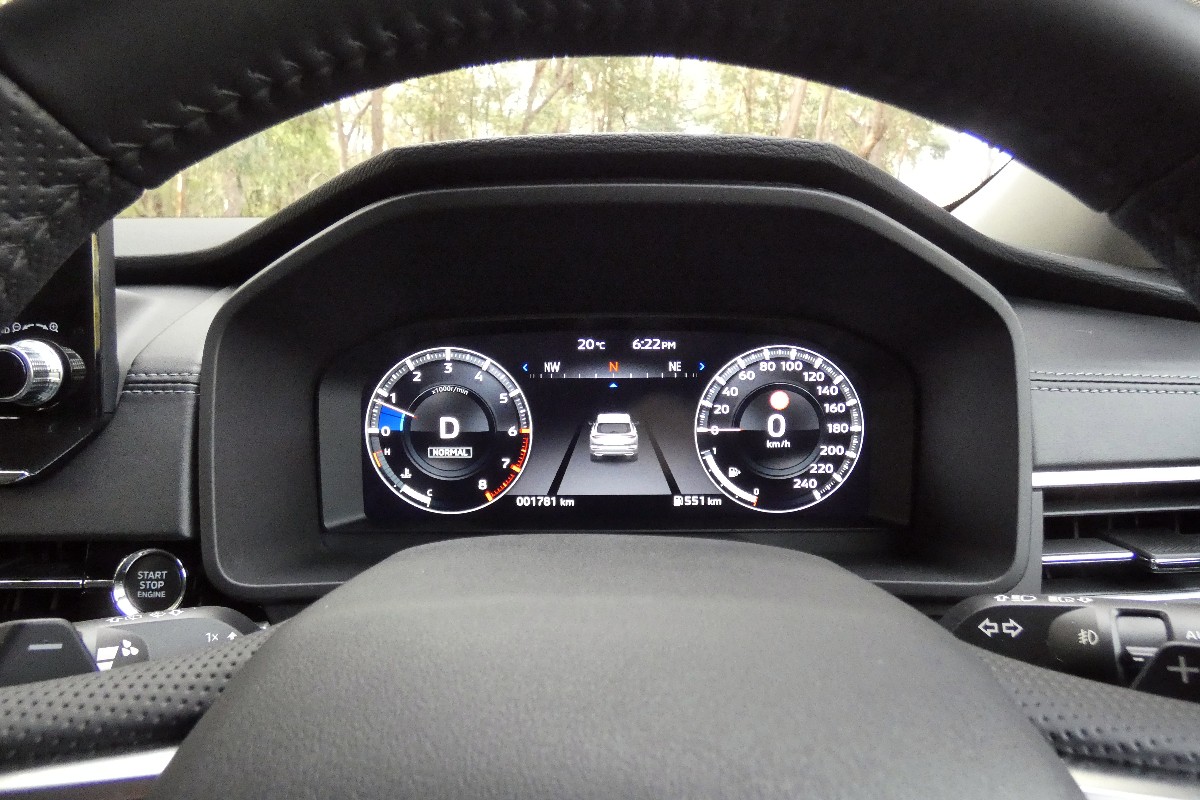 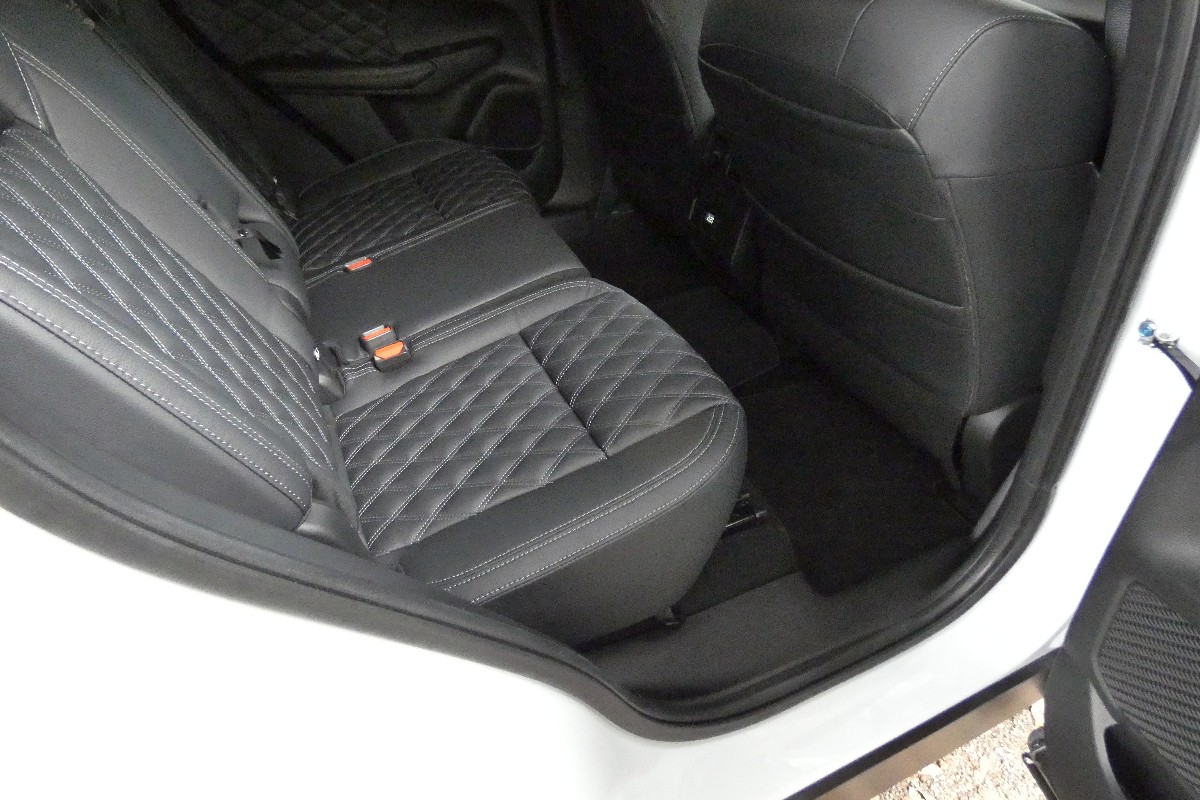 Like the looks, less thrilled about the performance and the way it drives.

After the X-Trail acquired a CVT-style, continuously variable transmission, I never really warmed to the car, although I’ve driven X-Trail on many occasions.

That’s not to take away from the job Mitsubishi has done with the platform and drivetrain, it’s just that if I’d wanted a Nissan — I would have bought a Nissan. 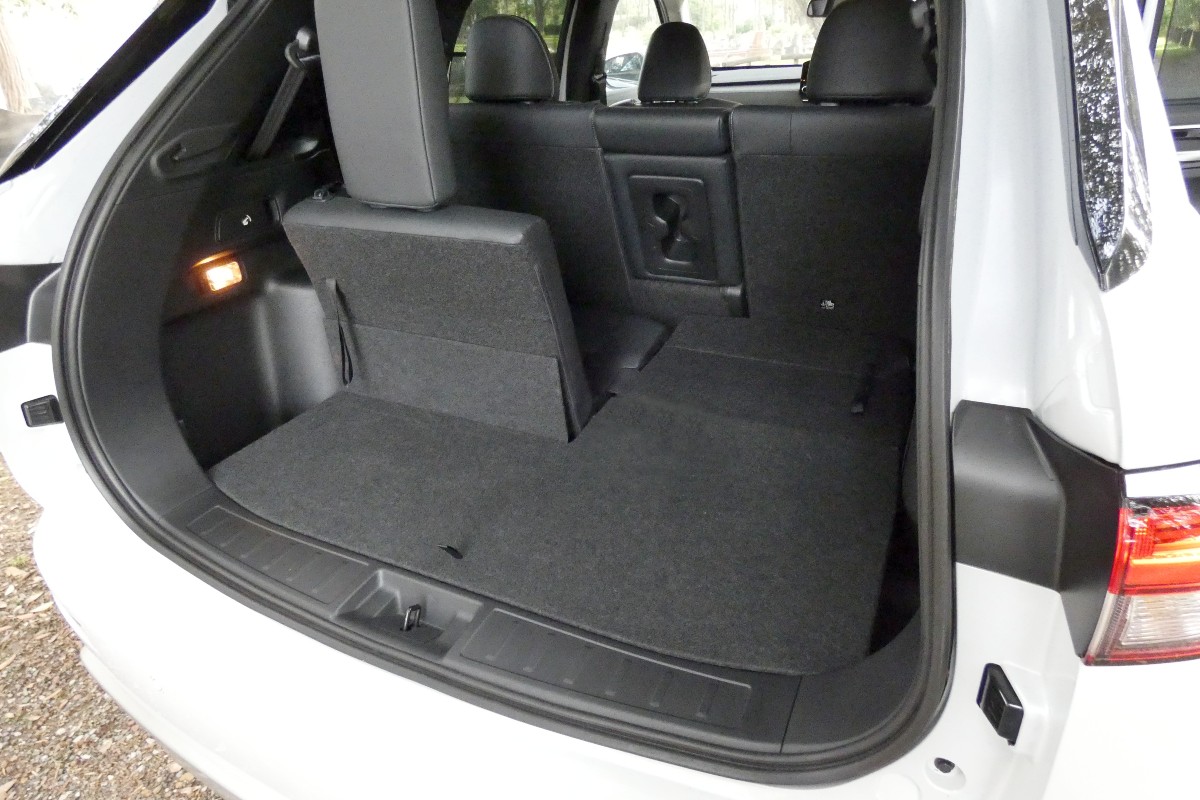 CHECKOUT: Mitsubishi Triton: The one I bought 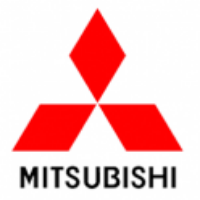 Check out deals on the Mitsubishi Outlander