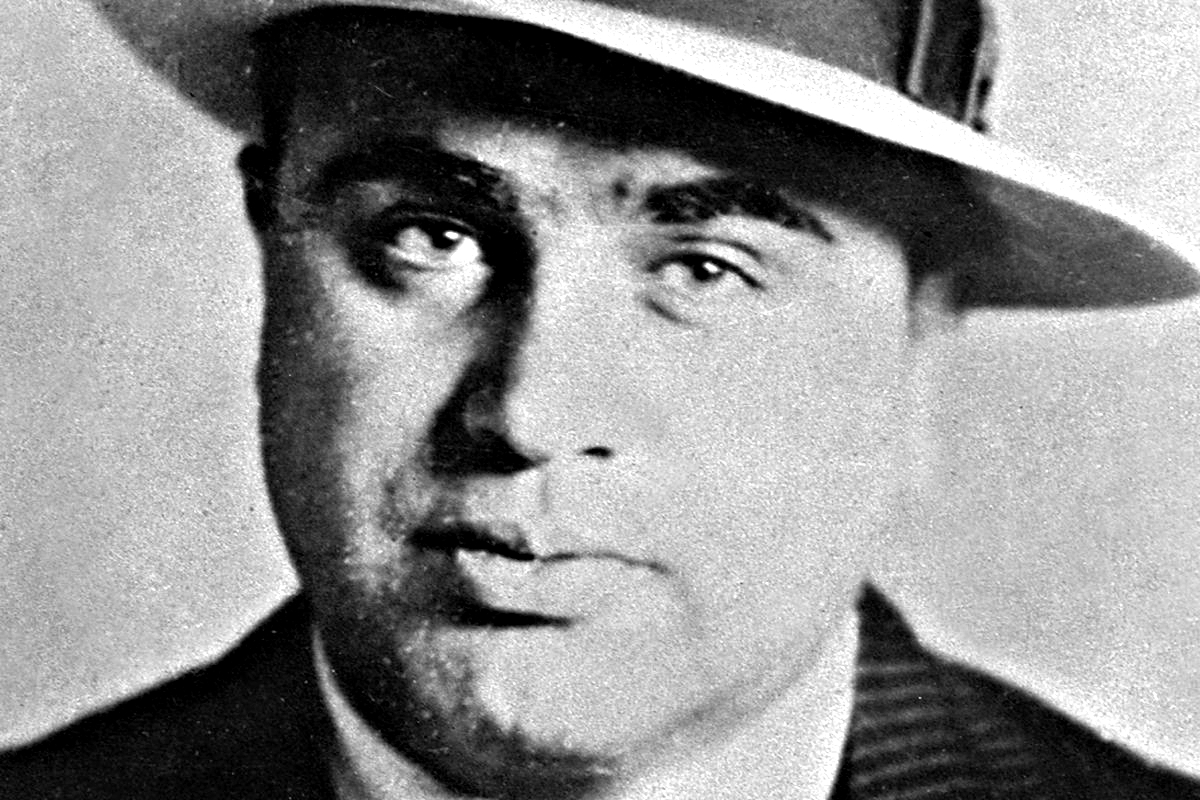 Capone’s Caddy one in a million

Home
Wheel life
Capone’s Caddy one in a million

IF you have a little more than US $1 million, you might be able to become the new owner of a unique 1928 Cadillac Series 341-A Town Sedan.

What makes the immaculate car so valuable is that it was probably the world’s first car with customised armour plating — to protect its then owner:  Al Capone.

The infamous Chicago mobster was a big Cadillac fan, and owned several through the years, two of them with armour plating.

Now for sale is the first one, a V8, that is on offer at CelebrityCars.com, and they won’t look at any offer under the magic million mark.

Also, a deposit of $20,000 is required if you want to negotiate further.

The complete ownership history of the car is known from 1933 on.

Documentation says Capone had a foundry install quarter-inch boiler plate all around, including under the soft top, as well as thicker windows.

The hinged rear window allowed Al’s bodyguards to shoot at pursuers, and a police siren was fitted under the bonnet to help clear traffic.

Al had it painted green and black to match the look of the police Cadillacs of the day.

All of that came as the result of attempts by rival gangs to remove Capone as boss of the so-called Chicago Outfit, and there were several assassination attempts from which he escaped only narrowly.

The most spectacular was a 10-car, drive-by ambush at Al’s favourite hangout in Cicero, Illinois.

That convinced him that he needed better protection against the automatic weapons favoured by his rivals.

So, with the help of a local mechanic, Al made modifications that transformed the car into a rolling fortress.

Apart from the aforementioned mods, these included 25mm-thick bulletproof glass windows on front, rear, and both sides, and the side windows could be cranked up so that a 2-inch gap appeared at the base, providing enough room for Al’s bodyguards to poke a Thompson submachine gun through to blast away any opposition.

The car also had flashing police lights mounted behind the grille, and a regulation police radio hidden in the glove compartment.

Modifications to the big V8 boosted the effective speed of the 3.5 tonne car to 110 mph, or nearly 180km/h.

Al was said to be happy with the 341, but wanted to add another Cadillac to his  fleet.

Like the 341, the Imperial’s windows were bulletproofed, with small circular cutouts to allow gunfire from within; its side doors included 6mm steel armour plate.

Other custom accessories were a police radio, smoke screen system, and a slot cut into the floor so that oil or tyre-puncturing tacks could be dropped to thwart pursuers.

The custom modifications to the Imperial Sedan reportedly cost $30,000.

Unfortunately for Al, he was sent to prison before putting many miles on the car.

What happened to the Caddys?

When Al began serving an 11-year federal sentence for tax evasion in 1931, the 341 was left with a Chicago car dealer, after which it was bought by Harry E. LaBreque, a promoter who shipped it to Europe to serve as an attraction at a London amusement park.

During the next decades, the car repeatedly changed hands before eventually returning to the US  to promote the 1975 opening of the movie Capone in Chicago.

In 2013, it was sold at auction for US $341,000, making it one of the priciest, most historically significant classic Cadillacs out there.

Capone joined the Five Points Gang as a teenager, and became a bouncer in organised crime premises such as brothels.

In his early twenties, he moved to Chicago and became a bodyguard for Johnny Torrio, head of a criminal syndicate that illegally supplied alcohol.

Torrio retired after an attack by a rival crim clan, handing control to Capone, who expanded the bootlegging business through increasingly violent means.

How did he escape law enforcement?

Well, he pallied up with Chicago mayor William Hale Thompson and the city’s police in a mutually profitable racket, so he seemed safe from prosecution.

The public seemed to love him, especially since he made generous donations to various charities and was widely viewed as the Robin Hood of the era.

But the Saint Valentine’s Day Massacre, in which seven gang rivals were murdered in broad daylight, damaged Chicago’s and Capone’s image, leading to public demand for government action and newspapers soon referred to to him as Public Enemy No. 1.

His seven-year reign as crime boss ended when he went to prison at age 33 — not for his criminal activities — but for tax evasion.

The charismatic thug was not short of wisdom.

And his geographic knowledge was something else.

Someone once inquired if he intended to expand his business to the nation just north of the US, and he replied: “I don’t even know what street Canada is on.”

Anyway, tot up the balance in your piggy bank, and if you can muster enough — and want to own a piece of history — get in touch with Celebrity Cars.

CHECKOUT: I heard you paint houses?