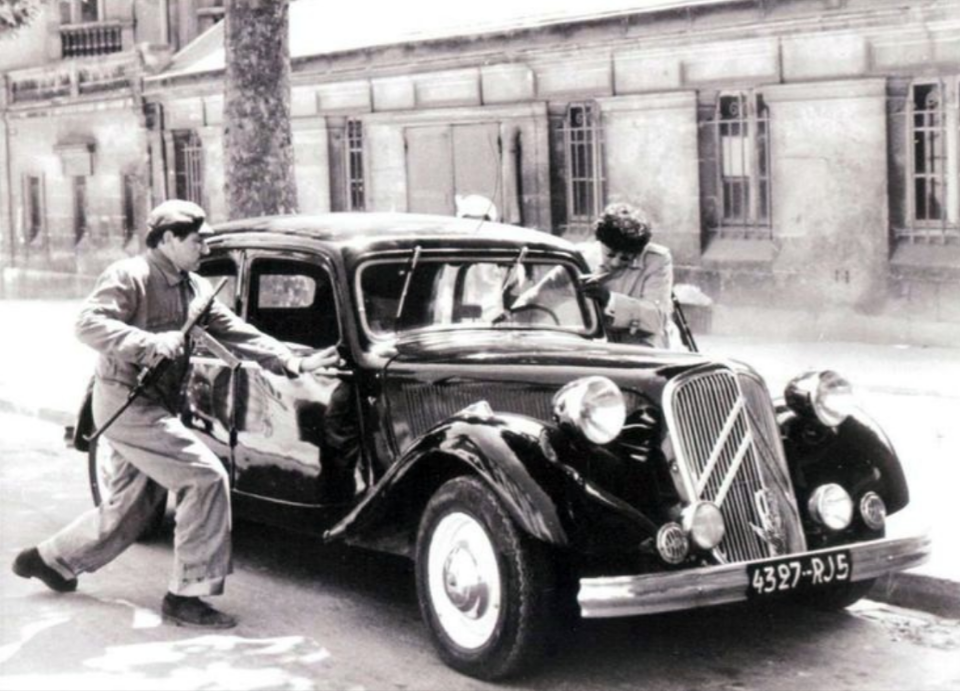 GANG des Tractions Avant was not a club for French fans of the famous Citroens of the 1934-1956 era.

However, for most of 1946, that car captured the French public’s attention, albeit for a most unlikely reason.

Gang le Tractions Avant was the name of a band of desperadoes that terrorised Paris, the Côte d’Azur and other nearby centres and was so named because of their brand of getaway car.

The only other front-wheel drives at the time were DKWs and Adlers.

A sharp career crim named Pierre Loutrel noted the Citroen’s potential and adopted it for his infamous deeds, that led to him becoming infamous as France’s first Public Enemy Number 1, and many people still regard him as France’s most heinous criminal.

Pierre was born near Le Mans in 1916 and pretty soon decided that crime would be a good career.

By age 15 he was in jail for robbery and at 18, as part of compulsory military service, he was sent to a disciplinarian post in French Tunisia, where he became even tougher, and met a few lads of similar character.

After his army training in 1938, he moved to Paris to resume his life as a robber, but World War II had broken out and when the Germans occupied Paris soon after, it wasn’t long before he came to the attention of the Carlingue, also known as the French Gestapo.

He worked for them from 1941 to 1944, confiscating Jewish properties and also tracking and killing members of the French Résistance and built a reputation as a cold-blooded murderer, carrying out more and more summary executions.

Based on his record, he was hired by the French secret services to take care of revenge killings of both German officers and known French collaborateurs, which he accomplished with relish.

There is no record of the number of his victims, but there were many.

Come the end of the War in May, 1945, there was no more work of that kind for him, but by then he had learned of the great value of the Citroën Traction Avant from both of his former employers.

During the war many were requisitioned by the German Army and gave reliable service in France and further afield, including in Libya and Stalingrad. Traction Avants were also favoured by the Resistance.

Now aged 30, Pierre Latroul returned to an old line of work, and with four fellow baddies, organised ‘Le Gang des Tractions Avant,’ which used that car’s performance advantages for hit-and-run operations on upmarket jewellery stores in Paris and wealthy mansions along the Riviera.

They managed to race from one place to the other without ever being caught.

Loutrel was a heavy drinker and killed so many people, sometimes for no reason, that even members of his gang called him ‘Pierrot le Fou’, which translates to Crazy Pete.

The police found themselves under severe pressure to catch the murderous bandits.

Then, on September 25, national police, acting on a tip-off, surrounded a restaurant north of Paris — but it turned into a Keystone Kops-like fiasco.

There was a bit of a shoot-out, not with the bandits, but with the local police.

If there were any members of le Gang des Tractions Avant enjoying a bœuf bourguignon or coq a vin at the time, they escaped before dessert was served and the red-faced cops made no arrests.

However, Crazy Pete got his just desserts two months later.

On November 6, 1946, he raided a jewellery store in the prestigious Rue Boissière, the same street in which Ettore Bugatti lived.

Three of the gang stopped their Traction Avant outside and Pierre entered the shop alone.

He shot dead the Armenian owner and his wife, grabbed what he could, jumped back in the Citroën — and, almost certainly under the influence of cognac, or something similar — accidentally shot himself in the groin as he tried to return the revolver to his pocket.

Members of his gang buried him on an island in the Seine.

Warrior a bit ‘premy’ without price

Then, a French website says: “. . . his wife wants to know the truth. The gangsters take her to the grave; one of the the gangsters then fires a bullet to her neck. She joins her crazy husband.”

In the following two years, his four accomplices were caught, but the police still did not know that Crazy Pete was long dead and buried, and attributed various other crimes to him until 1949, when they found his remains.

The first American gangster to earn that title was Al Capone, credited with between 12 and 33 murders — but all of his victims were rivals.

He was a popular public figure, often referred to as a ‘Robin Hood’, and ordered his gang to never attack members of the public or police.

Compared to Crazy Pete, he was a saint.

The second US Public Enemy Number 1 was John Dillinger, in 1934, and he also had a thing for cars.

Indeed, he wrote a short note to Henry Ford: ‘Hello Old Pal, You have a wonderful car. It’s a treat to drive one.’

Traction Avants were built mainly as four-door sedans, but could also be had as coupes, cabriolets, a five-door hatch and a van, with engines that ranged from 1.3 to 2.9 litres. Most popular was the 1.9 litre.

Their classic design was by Flaminio Bertoni and André Lefèbvre, and they were built mainly in Paris with more assembly plants in Belgium, Germany, England and Denmark.

All up, about 760,000 were built, many still running today and much prized by owners and collectors.

CHECKOUT: Tale of models, mobsters and the mysterious Mr Boyle