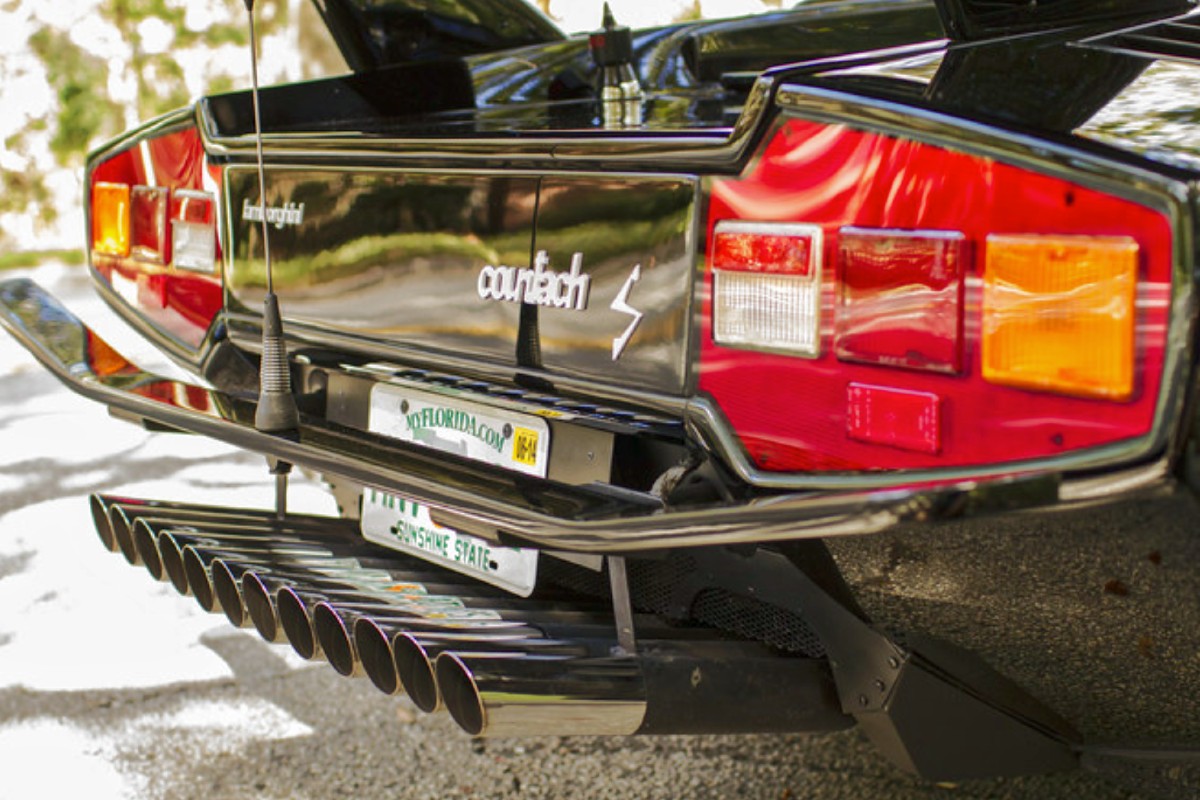 Cannonball car a star all over again

Home
Wheel life
Cannonball car a star all over again

A Lamborghini Countach that appeared in the 1981 movie The Cannonball Run has made the register of historic vehicles in the United States.

The 1979 Lamborghini Countach LP 400 S is now one of 30 vehicles included in the National Historic Vehicle Register of the United States Library of Congress.

Managed by Hagerty Driver’s Foundation, the list consists of vehicles that are considered of national importance to the United States.

Why does a movie make it so important?

Well . . .  The Cannonball Run, released in June, 1981, was based on a secret, real-life race from coast to coast in the United States.

It was called the Cannonball Baker Sea-To-Shining-Sea Memorial Trophy Dash and was held four times in the 1970s.

Conceived by car magazine writer and auto racer Brock Yates and fellow Car and Driver editor Steve Smith, the first run was not a competitive — as there was only one team.

The run was organised as a protest against the draconian, national 55 mph (88km/h) speed limit introduced in 1974.

The law was largely ignored by motorists and some states even opposed the law, but it became a major source of revenue to many jurisdictions in the form of speeding fines.

A group of passionate motoristing enthusiasts decided to challenge the system by racing across the continent, from downtown Manhattan in New York to a marina on the Pacific Ocean at Redondo Beach in California.

When Hollywood got wind of the race it was turned into a movie, featuring some big name stars and a selection of the most representative cars of the era.

Few people could have predicted what an enormous success it would be and the importance ot would come to have in the history of American culture.

The undisputed protagonist and winner of the race in the film was a 1979 Countach LP 400 S, finished in black with mustard yellow interior — chassis #1121112.

The car was delivered new to Lamborghini’s distributor in Rome at the time, SEA Auto, and immediately shipped off to the United States where it was sold in Florida.

In 1980, the owner, a friend of the film’s director Hal Needham, loaned it to him for filming.

The Countach was modified for the movie with the addition of a front spoiler, twin spotlights, three antennas and 12 exhaust pipes.

It was spotted on the set by Ron Rice, founder of sunscreen brand Hawaiian Tropic that was famous for its motorsport sponsorships, who fell in love with the car and bought it on the spot.

He kept the car until 2004, when it was sold to attorney and Lamborghini aficionado Jeff Ippoliti of Florida, who still owns the car.

To celebrate the car’s inclusion in the Historic Vehicles Register, the Countach is being displayed this week inside a glass case on the National Mall in Washington DC.

From now all information relating to the car, including its history, a 3-D scan and copies of all documentation will be preserved in the Library of Congress.

Since 2009, 29 vehicles have been added to the National Historic Vehicle Register, a program created in partnership with the US Department of the Interior and Library of Congress.

The vehicles listed here have a;; been documented for this program.