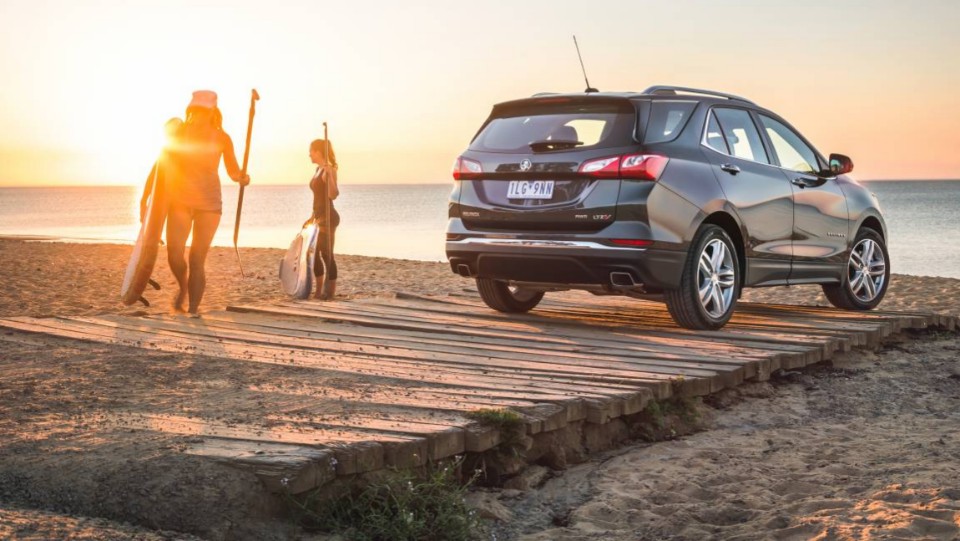 Captiva is on the way out, the rebadged Chevy Equinox is its replacement. Sedan based in look with a thicker centre pillar than that at the rear, it rides well, goes well, and in top of the tree form is very well equipped.

It’s a five-model range with either a 1.5 or 2.0-litre engine, both turboed, with the smaller donk confined to the entry level LS and LS+ models.

A 1.6-litre diesel is also offered, in all but the LS — but hasn’t reached our shores yet.

The bigger engine comes with the upmarket LT range — LT, LTZ, and LTZ-V.

The LT comes with a nine-speed auto as standard. The LTZ has AWD as an option, the V spec gets it as standard.

There’s no paddle shifters to change gears manually, but the shift lever in the LTZ-V has a thumb operated +/– rocker switch near the top of the rather long throw selector designed to perform the same job. 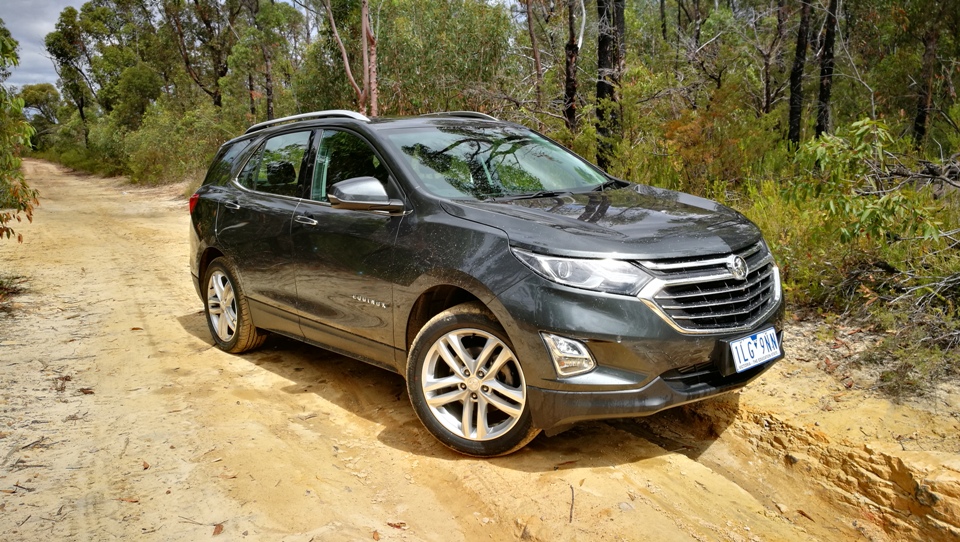 The LTZ-V comes loaded with features, but there’s not that much to differentiate it from the rest.

The office is a nice place be. Front and rear seats are both heated and cooled.

There’s a pair of USB ports, a 12V socket, rear air vents and 230V power socket for which an Aussie converter is needed (guess they couldn’t be bothered).

Full colour LCD screens greet the driver and passengers. It’s a dash mounted 8.0-inch touchscreen with Holden’s MyLink system on board for apps and entertainment, with Bose speakers to complement the DAB audio. The layout is clean and is generally easy to use.

The smaller driver’s screen provides additional info via rubberised arrows on the the heated steering wheel. It’s not as easy to navigate as say the systems in Kia or Mitsubishi — but does the job well enough.

All windows are one touch down, but only the driver gets one touch up.

The tailgate is power operated and can be opened and closed from afar via the remote.

There’s 848L of cargo space, a hidden storage locker between the main floor and space saver spare, and the space increases to 1796L with the rear seats folded.

Following Distance Indicator and Forward Collision Alert with Head Up Alert (flashing red lights) and a vibrating seat cushion (oooohhhhh) that gets input from the parking sensors as well.

There’s no driver’s knee airbag however.

Outside it’s a mix of corporate GM with hints of the Astra sedan, especially at the rear. 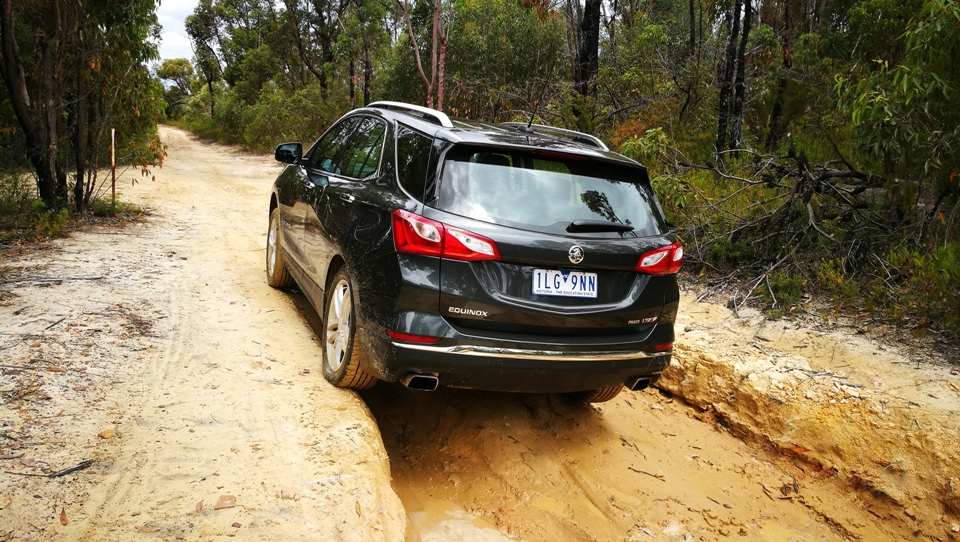 That torque and nine-speed auto combined deliver the dash to 100km/h in just 7.0 seconds and also makes driving the wagon a better than expected experience.

It’s not perfect though, with some low speed throttle input occasionally turning the transmission jerky and hesitant — but once underway it’s seamless.

Ride and handling from the McPherson strut front and four-link independent rear suspension is on the slightly taut side. It was never harsh but noticeable in that smaller bumps are transmitted to the cabin.

The steering has a weighty feel but unfortunately that translates to a wider than expected turning circle, that makes parking more difficult than expected.

It’ll shift lanes well enough though and do so with minimal fuss.

The rolling stock is a decent size, with 19 inch alloys wrapped in 235/50 rubber. They’re city oriented but managed to get through and over enough rock, sand, gravel, and mud to do most people justice.

Subaru Forester: Older and some may say wiser 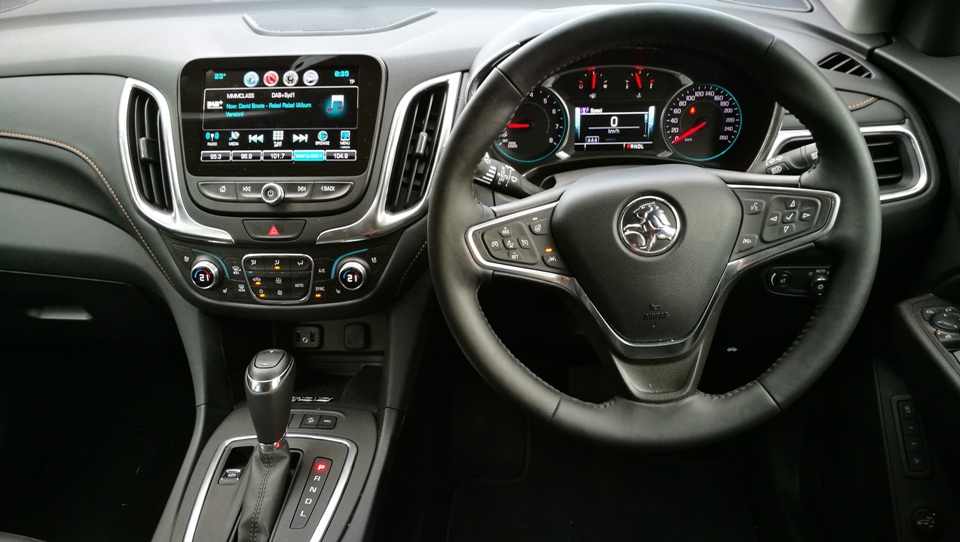 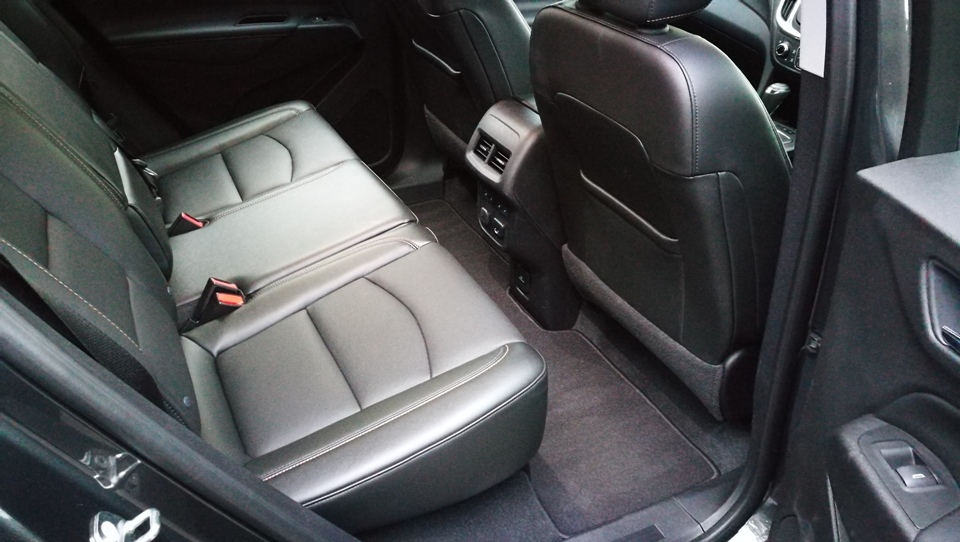 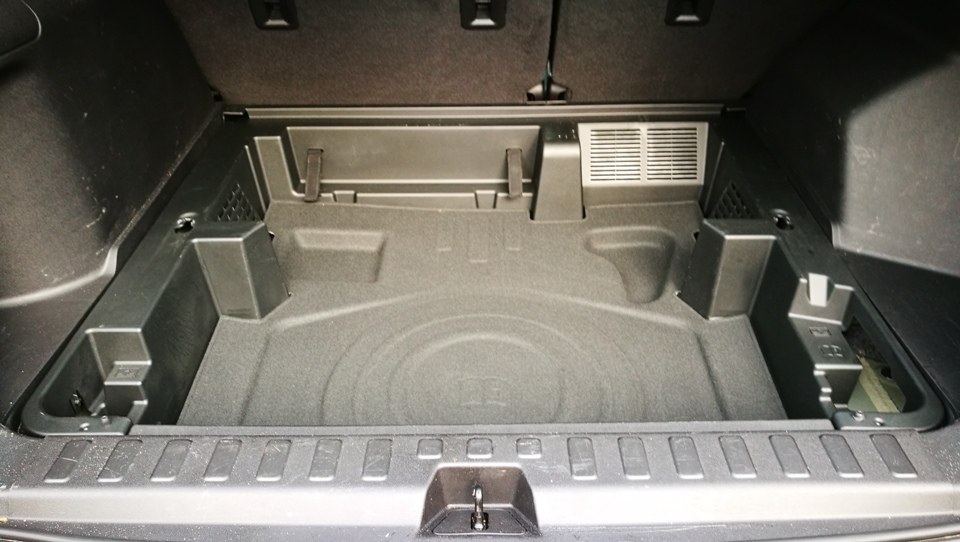 It’s a step up from the Captiva across the board. It’s a far better interior, far better ride, and far better value vehicle than the one it replaces.

What defines a new Commodore?