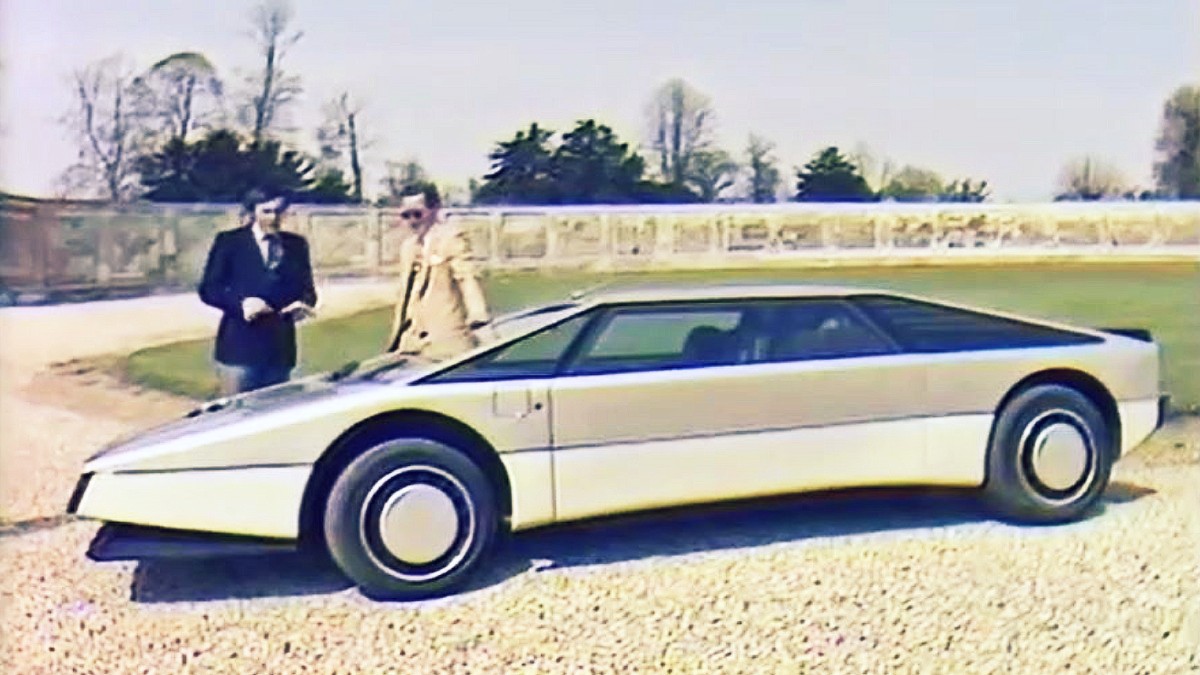 Bulldog back and ready to roll

Home
Wheel life
Bulldog back and ready to roll

Back in 1977 Aston Martin began work on its first supercar, called the Bulldog — or DP K901 as it was codenamed.

It was going to be the fastest thing on four wheels, certainly the fastest model Lamborghini had ever built, capable of speeds in excess of 200mph — or 322km/h these days.

Towns was also the force behind Lagonda.

But the Lagonda was giving them teething problems at the time and the partially built Bulldog was shelved.

Then, in early 1979, with the Lagonda locked in, chairman Alan Curtis turned his attention back to K9, as Bulldog had been nicknamed after the robot dog in Dr Who.

The bloke charged with pulling the project together was a young engineer named Keith Martin.

With a target speed in excess of 200mph (322km/h), it was decided to turbocharge Aston Martin’s 5.3-litre V8 extract the necessary power.

Twin Garrett blowers were fitted, one for each cylinder bank, with Bosch fuel injection in place of Aston’s customary Weber carbs.

Dyno testing showed it produced more than 520kW of power and 678Nm of torque, though Aston quoted 485kW for the finished car.

Eight months later, in November, 1979, the Bulldog had its first outing on the 3km high-speed bowl at Millbrook proving ground.

The plan was to stick to 110km/h, but the Bulldog was soon lapping at more than 200km/h.

Testing in a wind tunnel revealed that at 322km/h there was some 200kg of lift at the rear, but this was fixed with the addition of a rear lip spoiler that reduced this to practically zero.

There were plans to take the car to the Ehra-Lessien test track, where the long 8km straight might have allowed it hit its theoretical maximum of 381km/h.

Finally, the big launch day arrived and the Bulldog was unveiled to the public at the Bell Hotel in Aston Clinton on March 27, 1980.

When it came to the crunch, however, Aston Martin simply didn’t have the resources to fund production.

Instead, the Bulldog became a rolling showcase of the company’s engineering and new technology.

They got as far as installing a special diff, while Pirelli produced some tyres to use that were balanced and X-rayed to check for flaws.

It’s fastest verified speed was 307km/h, recorded during a test run at the Motor Industry Research Association track in late 1979.

Lamborghini costed a low volume production run of 15 to 25 cars, but it couldn’t make the numbers work — so just the one car was built.

And that’s where the story might have ended, had the car not been discovered and restored.

Bulldog has just been the subject of an 18-month, total nuts and bolts restoration in the UK.

And the new owner is keen to finally put the car to the test.

Nigel Woodward who has masterminded the restoration said a team of 11 people spent 6000 hours working on the car.

“It didn’t look too bad, but closer inspection revealed that there was a great deal to do. It was decided to carry out a full nut and bolt restoration,” he said.

“The car had received damage by being lifted at some point, by a forklift truck.

“It had not been run for years, and immediately became apparent that many parts would have to be rebuilt if it were to run at 200 mph”.

“The car looks truly amazing.  Now we must work on the tests which will be carried out by Aston Martin racing driver Darren Turner to make sure that it reaches the 200mph.

“I have every confidence we will achieve it,” he said.