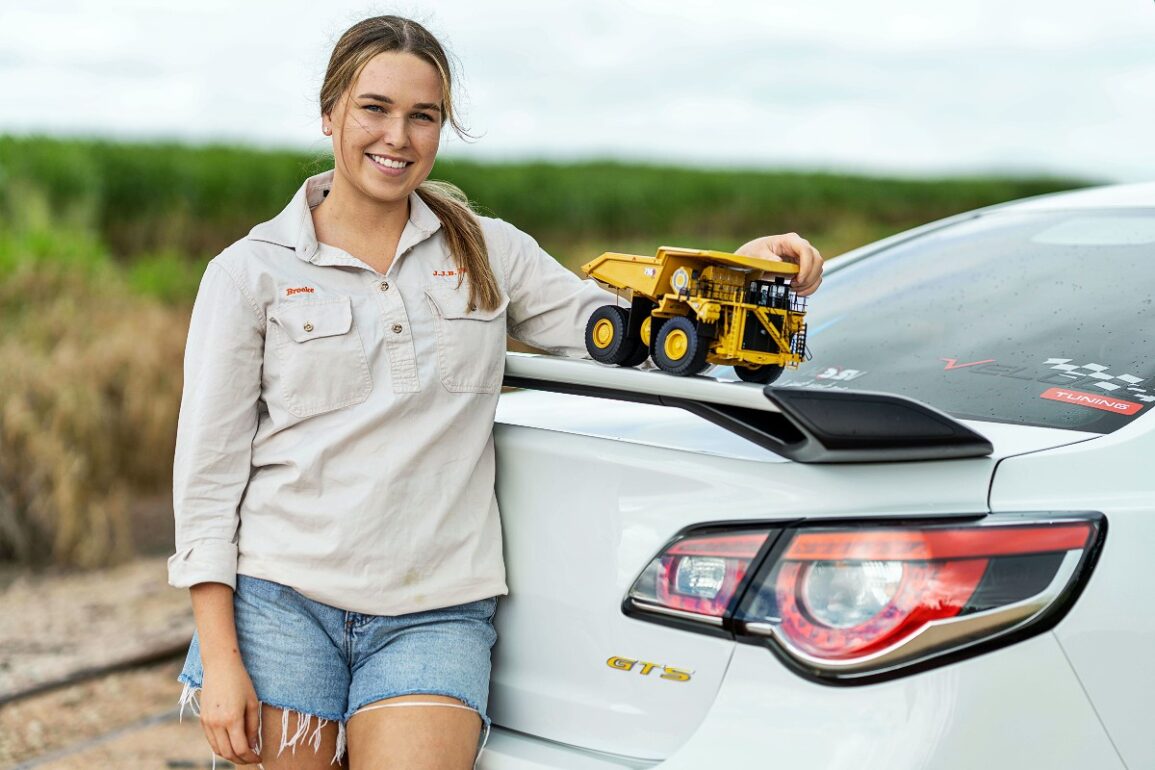 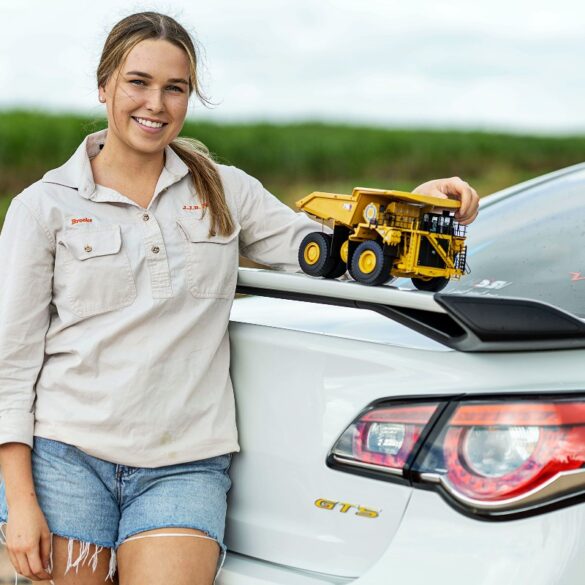 Imagine getting behind the wheel of a massive mining truck?

We’re talking about one of those huge dump trucks used in open cut mining.

The kind that stands eight metres high and can transport more than 300 tonnes of raw material in a single load.

It’s a dream come true for a 22-year-old Queensland woman who is one of 60 new trainees at the Bravus Mining and Resources Carmichael coal mine.

Brooke McNee hails from Clare, a tiny town in Northern Queensland with a population about 200 people, where her parents own and run a sugar cane farm.

She confesses to being a bit of a revhead and was lucky enough to win a brand, spanking new 435kW supercharged HSV GTSR in a promotion for the Make-A-Wish Foundation a couple of years ago.

“My grandma has always been into cars, she passed that passion onto my dad, and as soon as they took me to my first Summernats I was hooked,” Brooke said.

“Add to that growing up on a cane farm surrounded by a culture of big agricultural equipment, and there was no chance the McNee love of machinery and motorsport would skip a generation.”

Brooke said said the opportunity to learn and qualify on Bravus’ fleet of Caterpillar 796 AC mining trucks was the “opportunity of a lifetime”.

The huge truck stands almost eight metres high, weighs 244 tonnes, carries a 326 tonne payload and is powered by an 85-litre V16 turbo-diesel engine that generates up to 2610kW of power, with a top speed of 64km/h.

“I first began applying for mine operator roles in 2019 and when I wasn’t successful moved into a good job in real estate, which I really enjoyed,” she said.

“But when I saw this traineeship advertised I knew I had to apply.

“Not only is this my start in an amazing industry and working with massive, sophisticated machinery, it’s an opportunity that will open doors to other goals like building my first home.”

Bravus CEO David Boshoff said Brooke and her peers would undertake a four-week program of desk-based and supervised on-the-job training, including both day and night shifts.

The 60 trainees will be employed by Bravus’ mining services contractor MacKellar and their start dates will be staggered from the end of February through to May, 2022.

“We’re delighted to continue to invest in regional Queenslanders and give Brooke and the other trainees a paid, structured, environment to kick start their career in mining,” Boshoff said.

“We had just shy of 4000 applications for these 60 positions, which shows people want to work in our industry and that the resources sector has access to an enthusiastic talent pool well into the future.”