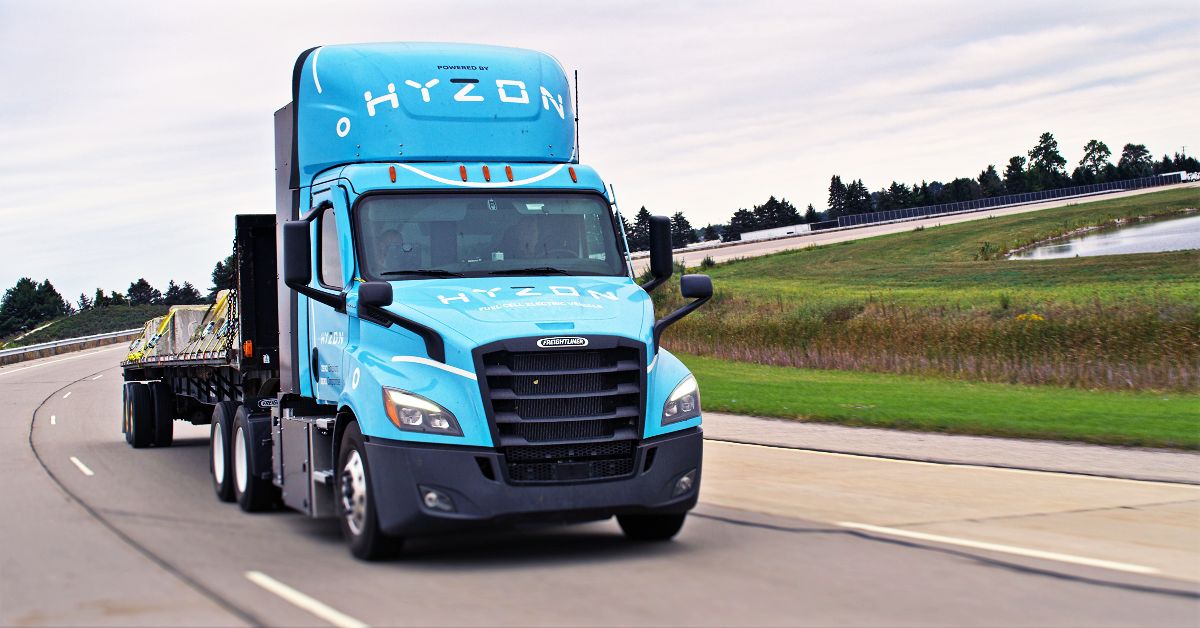 Townsville will be the site for the trial of five, heavy duty hydrogen-powered trucks.

The trucks, supplied by Hyzon Motors, are expected to become the largest road-going fuel cell electric trucks in the world at the time of deployment.

They are expected to arrive late next year.

The Australian Renewable Energy Agency (ARENA) is funding the project to the tune of $3.02 million, with funding to Ark Energy H2 to support the deployment of a 1 megawatt electrolyser with storage and refuelling infrastructure to support the operation of five of the new 140-tonne rated fuel cell electric trucks.

Ark will lease the trucks to sister company, Townsville Logistics, which will operate them in road train, triple-trailer configuration.

It will incorporate them into its short haul fleet currently transporting zinc concentrate and ingots between the Port of Townsville and the zinc refinery.

The five zero emission trucks which will replace equivalent diesel-powered trucks are expected to save 1300 tonnes of CO2 emissions each year.

The electrolyser will be powered by renewable energy from the 124 megawatt solar farm located at the zinc refinery, which is also owned by SMC.

The project is also being supported by a $12.5 million debt finance facility from the Clean Energy Finance Corporation and has also been awarded $5 million from the Queensland State Government’s Hydrogen Industry Development Fund.

The project will be based at the Sun Metals zinc refinery in Townsville, which is owned by Ark’s sister company Sun Metals Corporation (SMC).

Ark and SMC are subsidiaries of Korea Zinc, the largest silver, lead and zinc producer in the world.

The Project is part of Korea Zinc’s long-term strategy to export renewable hydrogen to supply Korea Zinc’s global operations as well as other end users in Asia.

However, the group’s priority is to build the domestic hydrogen economy of North Queensland first.

The introduction of fuel cell electric trucks will assist the company in helping to reduce its overall emissions, starting with the transport supply chain.

Replacing diesel vehicles with renewable hydrogen alternatives is viewed as a key opportunity for early uptake of commercially viable hydrogen due to the relatively high cost of diesel as the incumbent fuel.

The development of clean hydrogen is one of the key longterm goals outlined in the Australian Government’s Low Emissions Technology Statement.

The goal is to produce hydrogen for less than $2 per kilogram, or ‘H2 under 2’ — which is the price where hydrogen is expected to become competitive with other energy sources for industry and transport.

Arena boss Darren Miller said the deployment could offer up a valuable pathway towards achieving net zero emissions in the heavy transport and mining sectors.

“As Australia pushes towards net zero emissions, we must continue to find renewable and clean solutions for hard-to-abate sectors now so that alternatives to fossil fuels can be implemented as soon as possible.

“Ark’s first-of-a-kind deployment is a great opportunity to highlight the potential of ultra-heavy fuel cell electric trucks in Australia, which has significant replication potential and could fast track the reduction of emissions by using renewable hydrogen not only in heavy transport, but the entire resources supply chain domestically.”