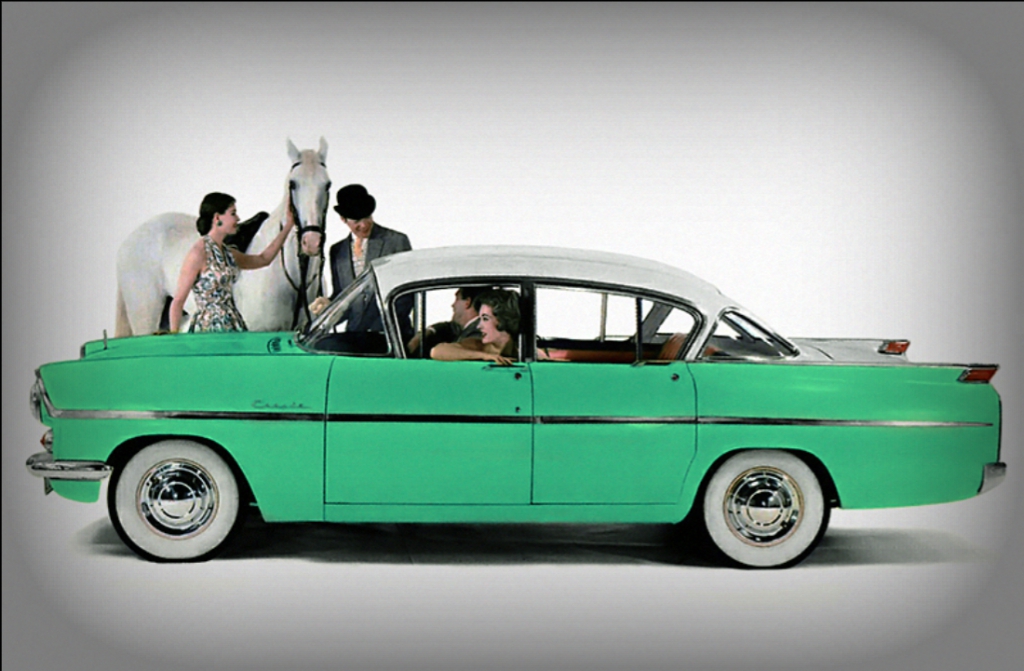 Are you looking for a reasonably priced British classic car?

Maybe you are considering your first classic purchase?

Compared to Holdens and Falcons of the same era, the Vauxhalls were way ahead on luxury, equipment and power.

They were also way ahead on styling.

Make no mistake, these cars stand out.

With severely wrapped front and rear windows and tail fins rising from the rear mudguards, the PA Vauxhall was right in tune with contemporary American styling ideas.

There were two models in the range, which was sold through Holden dealers: the basic Velox and the more upmarket Cresta.

While the Velox made do with vinyl seats and rubber floor mats, the Cresta gave buyers the option of real leather or nylon seats combined with carpeted floors and extra bright trim.

The pre-1960 versions had three-section rear windows which also featured on the 1957 Oldsmobiles and Buicks.

The 1958-1960 versions  come with a 2.2-litre six cylinder engine and all-synchromesh three-speed gearbox.

The three-speed manual transmission was standard.

What made theses Vauxhall attractive on the local market in the early 1960s were the options of Hydramatic transmission and power-assisted front disc brakes — long before Holden offered these ”luxury” items.

In short, the Velox and Cresta filled the marketing space above the Holden Special until the Premier was released in 1962.

When looking at these cars, beware of rust because they have many nooks and crevices into which water and dirt finds its way.

Spare parts for theses cars are simple to obtain, mainly from the UK and New Zealand, where there are websites and parts sellers devoted to the PA models.

A good idea would be to contact the Vauxhall Club of Australia at www.vauxxhall.org.au.

CHECKOUT: Futuristic Centurion had a camera

CHECKOUT: Premier business class back in the day