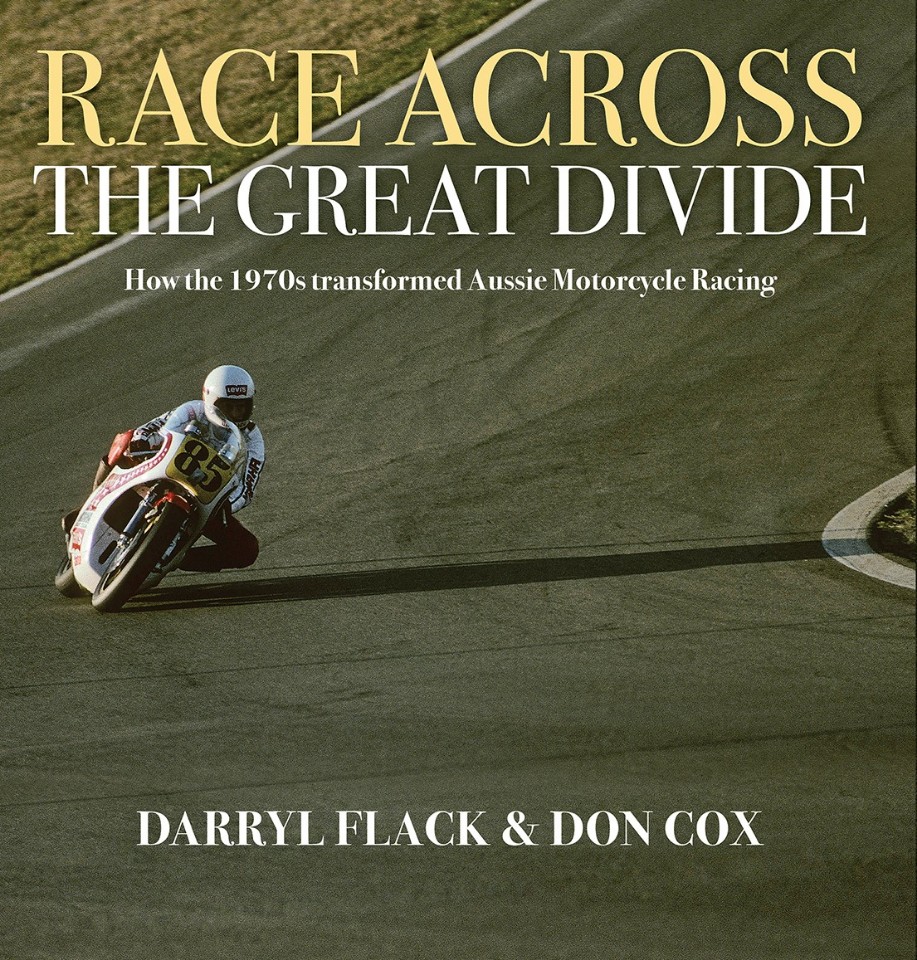 Race Across The Great Divide celebrates the decade that saw Australia emerge from a motorcycling backwater to become the epicentre of some of the most successful two-wheel talent the world has ever seen.

Featuring 330 photographs over 320 pages, the coffee table book explores motorcycling’s spread across the regions in the 1970s that inspired a new generation of rural racers to take on the world in numbers never seen before.

Gardner emerged from Wollongong’s minibike scene in 1974 to capture motorcycle racing’s most coveted crown just over a decade later.

“It might be a cliché, but the 70s was the Golden Age of motorcycle racing and I will never forget it,” he says.

“It was an amazing time with bikes and racing all over Australia, and I’m so fortunate and proud to have been part of it.

“It is interesting that I was the first Australian world champion to come from a regional centre, because just about every Australian-born world motorcycle champion since has emerged from a similar background,” he adds.

Written by Don Cox and Darryl Flack, Race Across The Great Divide is rich in anecdotes with 330 unpublished and classic images, bringing to life the Easter Bathurst races, Castrol Six-Hour, Laverton TT, New Zealand’s Marlboro Series, and many races in between.

Part road trip, part reflection on the Golden Age of motorcycle racing, the book is also a celebration of the most iconic era of Aussie and Kiwi racing through its colourful characters and the victories that made them legends.

Due for release in early November 2018 (just in time for Christmas), Race Across The Great Divide is distributed by Bellbird Publishing. For more details, or to pre-order the book, visit www.bellbirdpublishing.net

CHECKOUT: Ducati on the chopping block

CHECKOUT: Harleys: as American as . . . Mumbai?