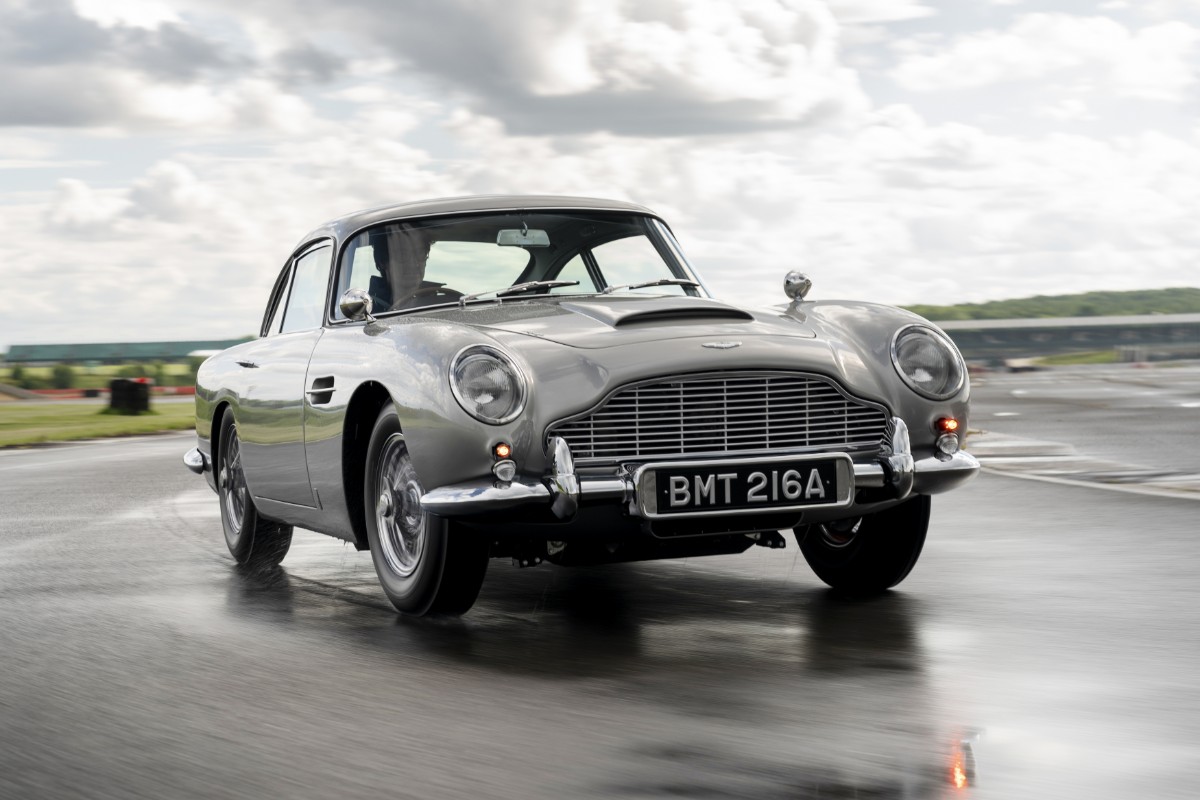 It’s perhaps the most famous introduction in movie history.

A member of the British Secret Service, James Bond had enough style, swagger, chutzpah to outdo anyone.

Free spirited, fiercely loyal to the Crown, and just quietly, not short on companionship getting ability, Bond also managed to pilot some mean machinery.

The Bond brand has seen a number of car makers come on board, but the most enduring has to be Aston Martin. The classic DB5 was partnered with the debonair Sean Connery in perhaps the best of the Bond films — Goldfinger.

The soaring vocals of (Dame) Shirley Bassey, wo sang the title tune lead into a movie that showcased everything 007 stood for at the time.

Along for the ride was the Q-workshop DB5, fitted for the movie with a passenger’s ejector seat, a bullet shield, spikes for ripping the rubber on a pursuing assailant’s vehicle, and oil spray.

It looked great on film and concreted both the brand and the car in film history.

But it was just a film car.

In partnership with the company that made the film, Eon Productions, Aston Martin has produced just 25 replicas of the Goldfinger car, marking the first time in over 50 years a DB5 has been built.

Each car comes complete with the gadgets that stamped the 007 DB5 unique for its time.

Built on an authentic DB5 steel chassis and clad in Silver Birch painted aluminium panels, each of the already-sold 25 cars will have:

Inside will be the coolest of 1960s tech:

Under the bonnet is a 4.0-litre, in-line six breathing through three SU carburettors, with an oil cooler fitted, allowing 216kW to reach the hard stuff via a five-speed manual from the famed ZF company.

It’s rear driven, of course, and twists through a mechanical limited slip diff.

It’s fair to presume at an unspoken asking rate, the buyers would all be rather well heeled.

They’d need to be, as Aston Martin says each of the hand-made cars take something in the order of 4500 hours to build — call it six months, if you will.

Marek Reichman, head of design for Aston Martin Lagonda, said: ““The DB5 is, without question, the most famous car in the world by virtue of its 50-plus year association with James Bond.”

Given less than 900 DB5s were built originally, it makes these each of these 25 Aston Martin DB5 Goldfinger Continuation models their own defining moment.