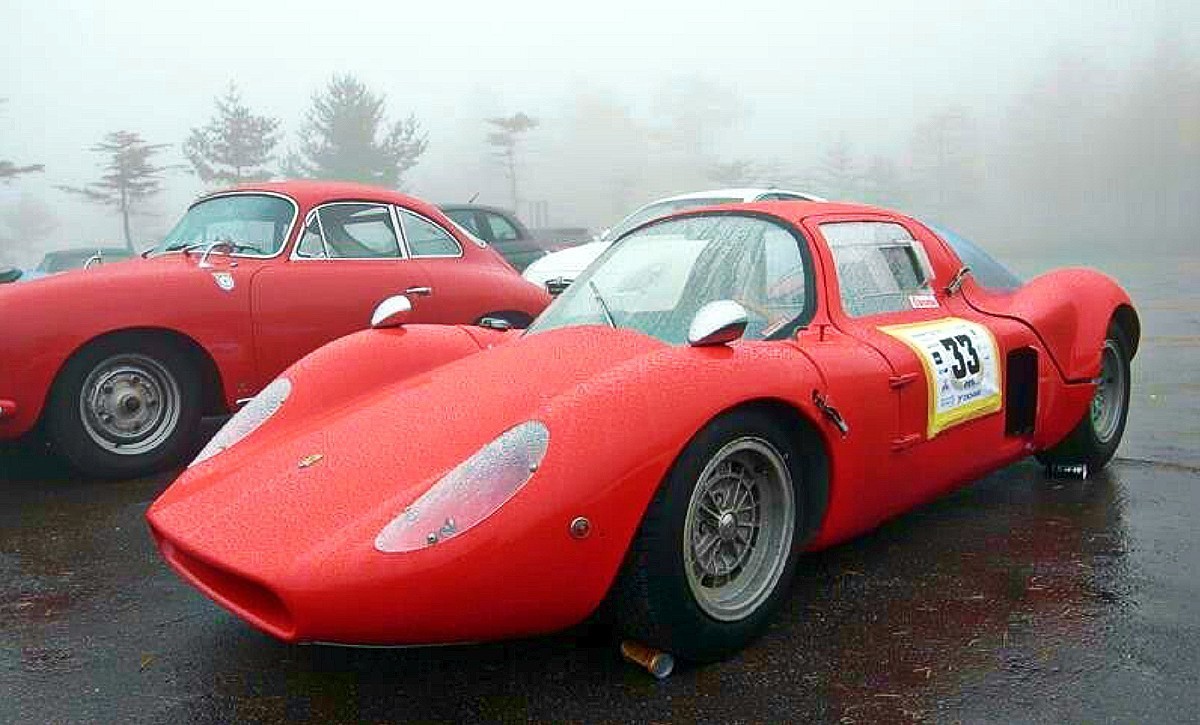 NOBODY is sure of when Forli was founded, though most historians reckon it was in about 188BC.

The city, in Italy’s northern Emilia-Romagna region, has a long and colourful history, and is now a picturesque, thriving centre in Italy’s north, with a population of about 120,000.

Still standing, and in fine condition, is its medieval castle and clock tower, with its tales of intrigue during the Italian war of 1499 to 1504.

Advance four centuries and in 1911, on a farm in Rovere, on the outskirts of Forli, young Ilario Bandini was born — 16 years before competitors in the first Mille Miglia snaked their way through the twisty streets of the town.

The lad grew up fascinated with things mechanical and began to work part-time as a mechanic while he was still at school, before becoming an apprentice in a workshop in the town.

When he was 25, he took the bold step to move — not to a bigger centre, but to Eritrea —  an Italian colony in north-east Africa.

There, he repaired trucks and set up a transport business, which proved to be so successful that he returned to his home town in 1938 with enough lira to open a garage and also a Lancia dealership.

Apart from vehicle repairs, he also started a car rental and chauffeured limousine business, before going on to compete in the Mille Miglia, and soon after to build some of Italy’s most beautiful sports and racing cars.

He took part is some local motorcycle races, then, in 1940, entered the Mille Miglia.

However, it was not the fabled 1600km road race from Brescia to Rome and back, because Mussolini had banned it after 10 people were killed in the 1938 event.

Instead, it was called Gran Premio di Brescia and was held on a triangular course with Brescia, Mantua and Cremona at its apexes.

The race entailed nine laps over the 167km circuit.

Bandini and co-driver Arfelli were in a Stanguellini SN1100 Spider, but were among the 35 crews who failed to finish.

WWII had fired up by then and in Bandini’s possession was a Fiat 1100, which he cut up and hid to avoid it being requisitioned by the German army.

He began to reassemble it after the war but fitted it with a tubular chassis and a hand-beaten aluminium body by Turin coachbuilder Rocco Motto — and modified the Fiat motor for extra zip.

He called the elegant vehicle the Bandini 1100 and entered the Predappio to Rocca delle Caminate road race, held just outside Forlì — and came second.

He also had a badge for his creation, featuring a crowing bantam rooster — the official symbol of Forlì.

Next creation was his 1100 Siluro (Italian for torpedo) which he entered in the Giro dell’Umbria — and won.

That first victory encouraged him to produce purpose-built cars to compete in races such as the Mille Miglia in Italy and the SCCA series in the US.

They were soon a force to be reckoned with.

The Bandini 750 Sport Siluro, produced between 1950 and 1956, was the car that established his reputation.

He fitted a modified four-cylinder Crosley engine, an excellent 750cc Ohio-made powerplant that was also used in some Mooney aircraft.

There was even a Bandini-tuned dragster with 6.7 litres of Cadillac power.

The 750 Siluro appeared in all kinds of events, from hill climbs to road races, airbase circuits and enduros.

The early models had cycle-type mudguards, which could simply be unbolted to turn the sports car into an open-wheeled racer, making it eligible for Formula 3 racing.

In America, the Siluro won the SCCA class championships in 1955 and 1957 and claimed many other victories in different categories on both sides of the Atlantic.

Bandini’s biggest success in America came in 1955 with Gandolph Vilardi and in 1957 (Melvin Sachs) when a Bandini Siluro won the SCCA National Class H Modified Championship.

Ilario Bandini moved on to the Saponetta “envelope body” racer starting in 1957, which were raced with 750cc, 850cc and 1000cc engines.

In 1959 he produced one of the most successful and beautiful Formula Juniors.

They used tuned Fiat 1100 engines and were prepared in Bandini’s new headquarters in Via Bertini.

Most of them were exported to America through the importer Biener of New York City.

Several world class drivers, among them Pedro and Ricardo Rodriguez and Roger Penske, cut their teeth on Bandini Formula Juniors.

Bandini never thought of mass producing his cars. His primary income was from his burgeoning Lancia dealership.

Rolls keeps eye on the sky

There were 17 different models in all, but nearly all were one-offs, which is why only 73 Bandinis were ever built — 46 of which are known to still exist.

None ever came to Australia, or New Zealand or South Africa, but a few are known to have ended up with Japanese enthusiasts.

Sometimes known as the Great Drake of Forli, Ilario never married, reportedly because he was too busy building a new car, or chasing after one of Italy’s great many belle ragazze.

If you haven’t had your pasta and vino today, it translates to ‘pretty girls.’

He raced his cars throughout Italy, but would probably have remained obscure had it not been for an Italian immigrant named Tony Pompeo, who operated a Nardi dealership in New York City and imported just about anything the Italians could cobble up.

Thanks to Pompeo, Bandini became a buzzword throughout the SCCA, as the loud little cars with the rooster on the badge tore up the tarmac across the US.

Bandini was in many ways one of the more important Italian race car manufacturers.

He was respected by Ferrari whom he knew well and was a true representative of the Italian passion for motor racing.

His achievements were recognised in 2002 at a special ceremony in Forlì, when a square in front of the city’s railway station was renamed Piazzale Ilario Bandini in his honour.

There’s also a museum – the Collezione dell’Automobile Brandini – in his nearby birthplace, Rovere.

Forlì itself is a wealthy city with thriving clothing and footwear industries and a number of notable buildings, including the Basilica of San Mercuriale, the Pinacoteca Comunale art gallery and the Rocca di Ravaldino, once the fortress stronghold of the redoubtable Caterina Sforza, a remarkable lady who among many achievements, once tried to get rid of the Pope by sending him a letter written with poisoned ink.

In case you were wondering, Lorenzo Bandini, the great Formula 1 driver of the 1960s with the film star looks — was not related to Ilario.

CHECKOUT: The F1 aces who met their death on the road