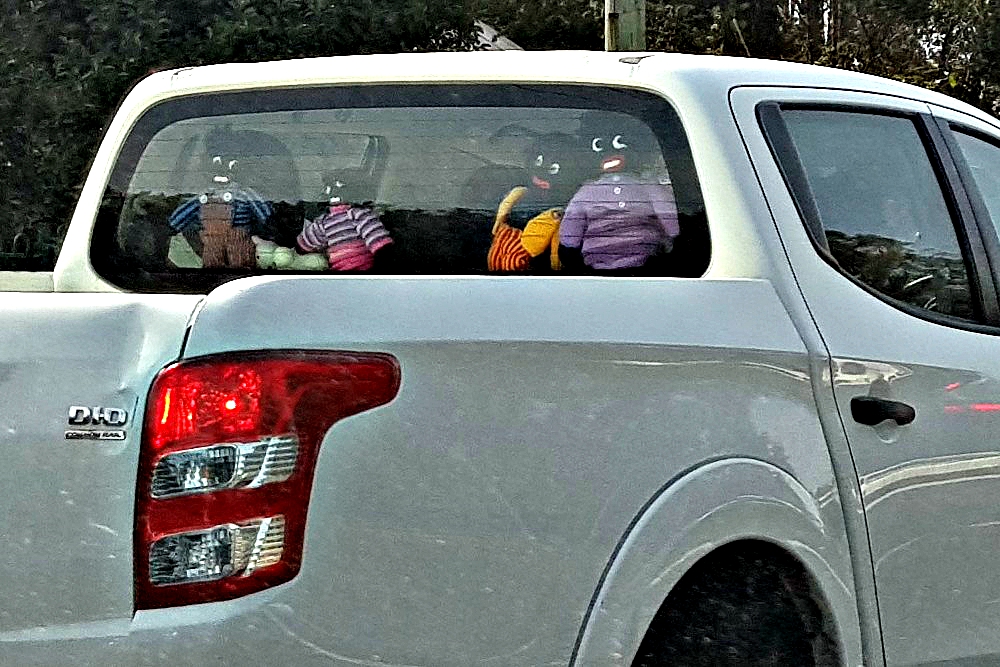 A back window full of golliwogs.
Wheel life
1 min read

Guess the owners of this ute didn’t get the memo. Guys, ‘Golliwogs’ are not cool — they’re racist and highly offensive.

And a ute, with a back window choc full of golliwogs, is not a good look, certainly not the look you were hoping for — we’d suggest.

Once popular in the UK and Australia, the golliwog, golliwogg or golly is a fictional character created by Florence Kate Upton that appears in children’s books in the late 19th century.

It was transformed into a doll by commercial and backyard toy makers, as a children’s toy called the “golliwog”, and was sold in the UK and Australia well into the 1970s.

So, after World War II, the golliwog was seen, along with the teddy bear, as an okay soft toy for a young boy (I confess, I had one as a toddler).

Then, years later, the golliwog not surprsingly became controversial.

While some see the doll as nothing more than an innocuous toy, others consider it a racist slur, along with pickaninnies, minstrels, mammy figures, and other black Africans caricatures.

Manufacturers who used golliwogs in branding, Robertson’s marmalade in the UK for instance, either stopped using the golliwog as a symbol or changed the name.

In particular, the association of golliwog with the racist term “wog” has resulted in use of alternatives such as “golly” and “golly doll”.

Interestingly, alternative histories have emerged suggesting the doll is based on Egyptian workers known as Ghuls who were forced to serve under British occupation during the Anglo-Egyptian war in the 1800s.

Nicknamed Ghuliwogs, the dolls were often purchased by the soldiers returning to England.

Others link the doll to black-faced Welsh coal miners.

Whatever its origin, the golliwog is a product of more innocent times.

CHECKOUT: Origins of the Golliwog